Τhe Netherlands is a small country, but it’s well known for its whimsical windmills, seemingly endless tulip fields, delicious cheeses, blue-painted pottery, wooden shoes, and brilliantly engineered canal systems. A massive medieval stone fortress is most certainly not typically Dutch. But Holland offers pleasant surprises around every corner and in the heart of The Netherlands is a castle full of splendor, luxury, and romance. 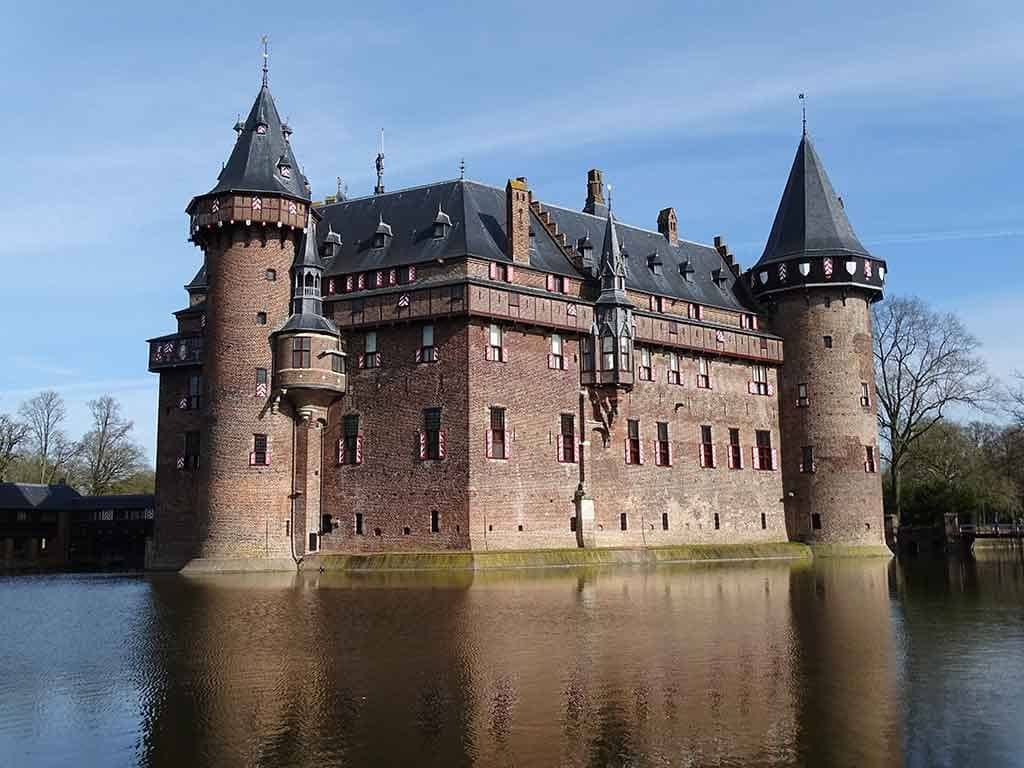 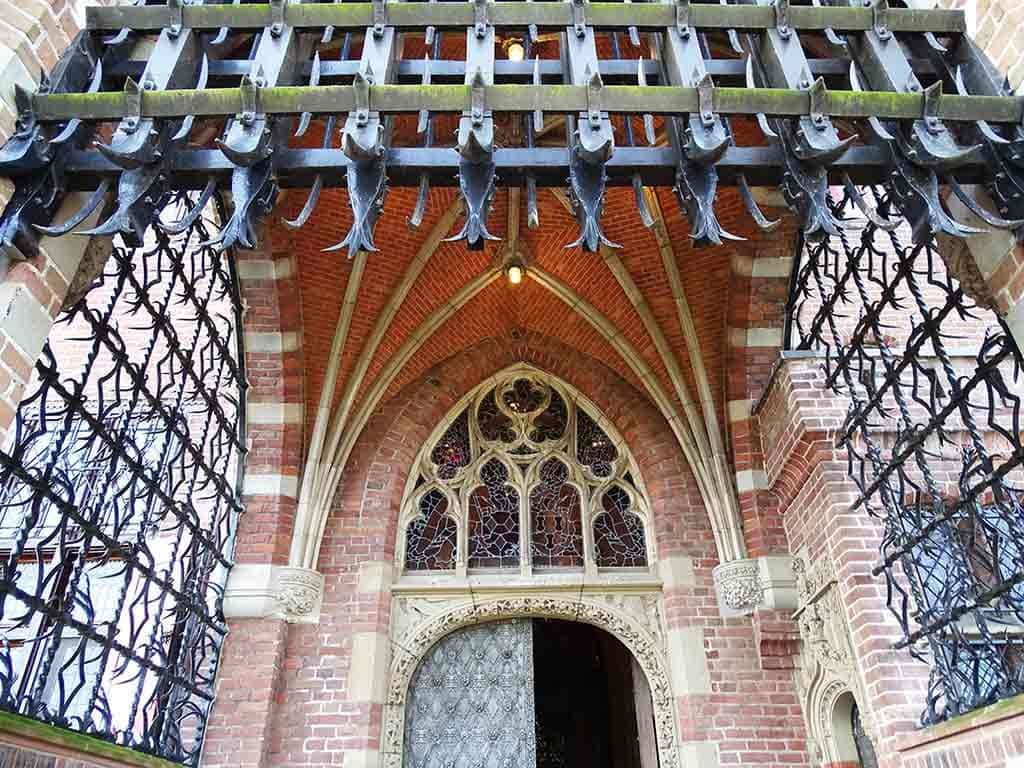 De Haar Castle seems more like the dominating, fortified stone castles you’d find in France or Germany rather than the land of the Dutch. Nevertheless, the mighty towers, ramparts, moats, and drawbridges of the De Haar Castle channel the character of a real medieval castle even if it is a 19th-century architect’s reimagining of the original 15th-century ruins. Located just 22 kilometers outside of Utrecht and only 36 kilometers from Amsterdam, De Haar Castle is a great day trip destination from any of The Netherlands’ major cities.

From Ruins to Riches 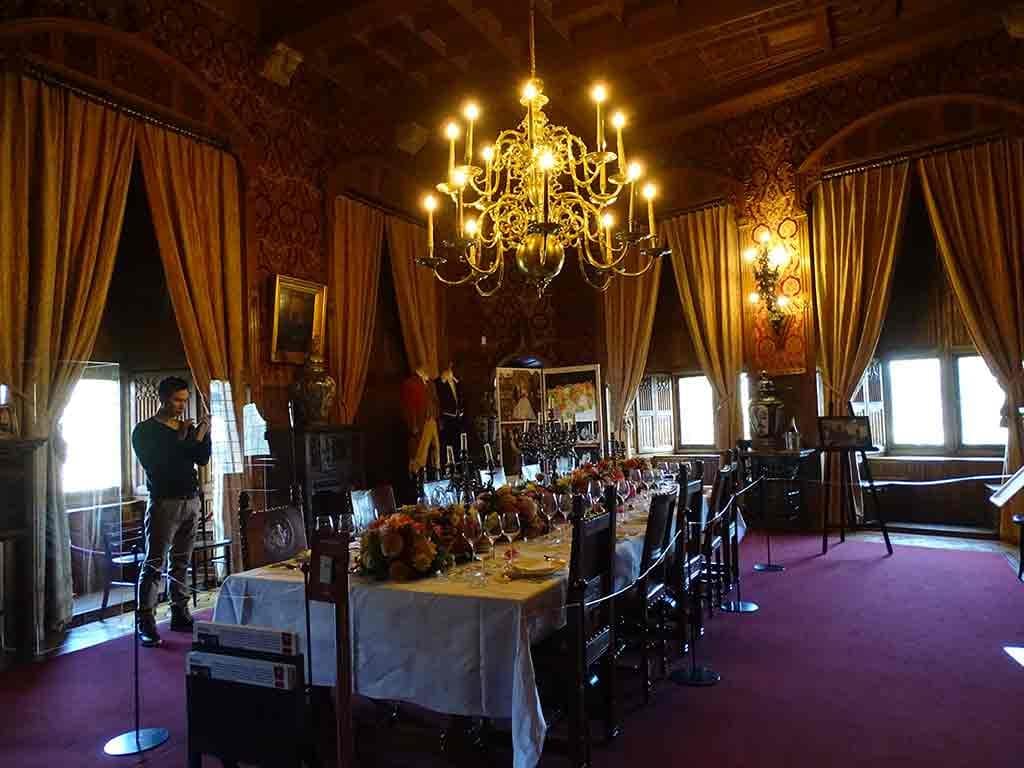 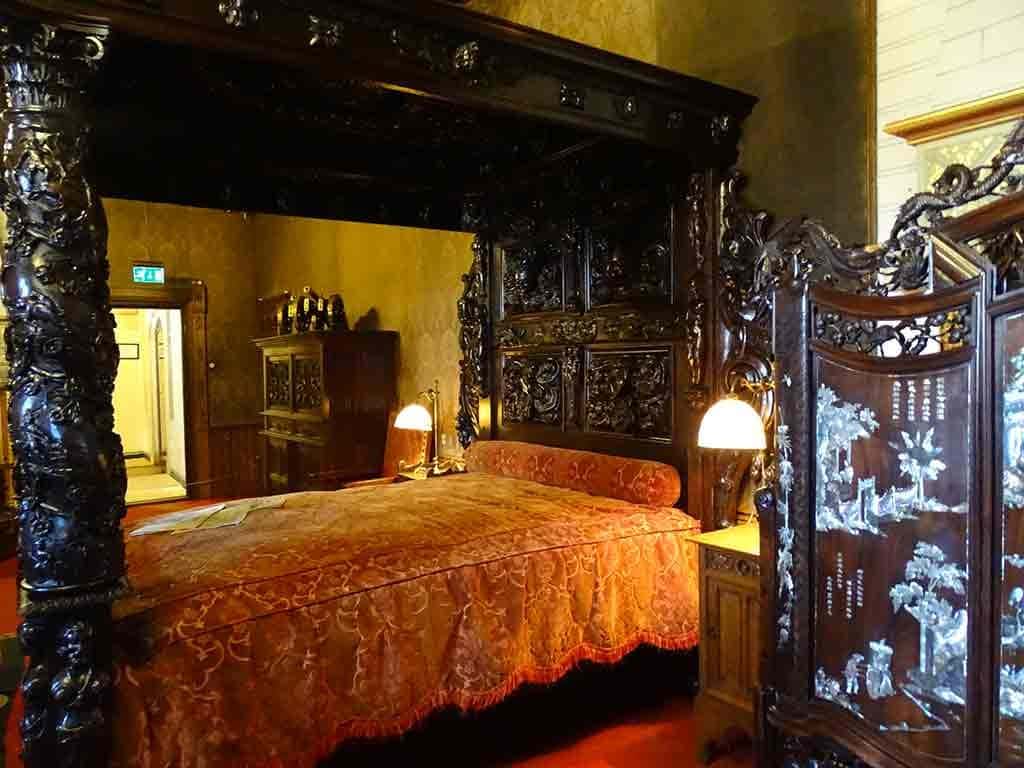 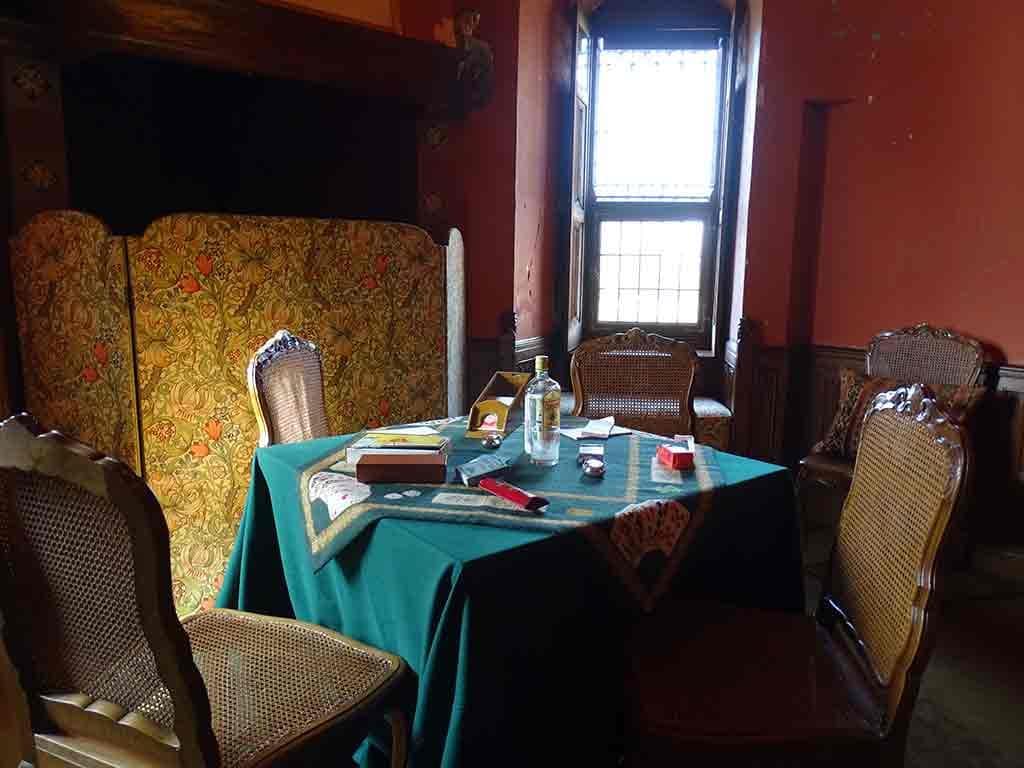 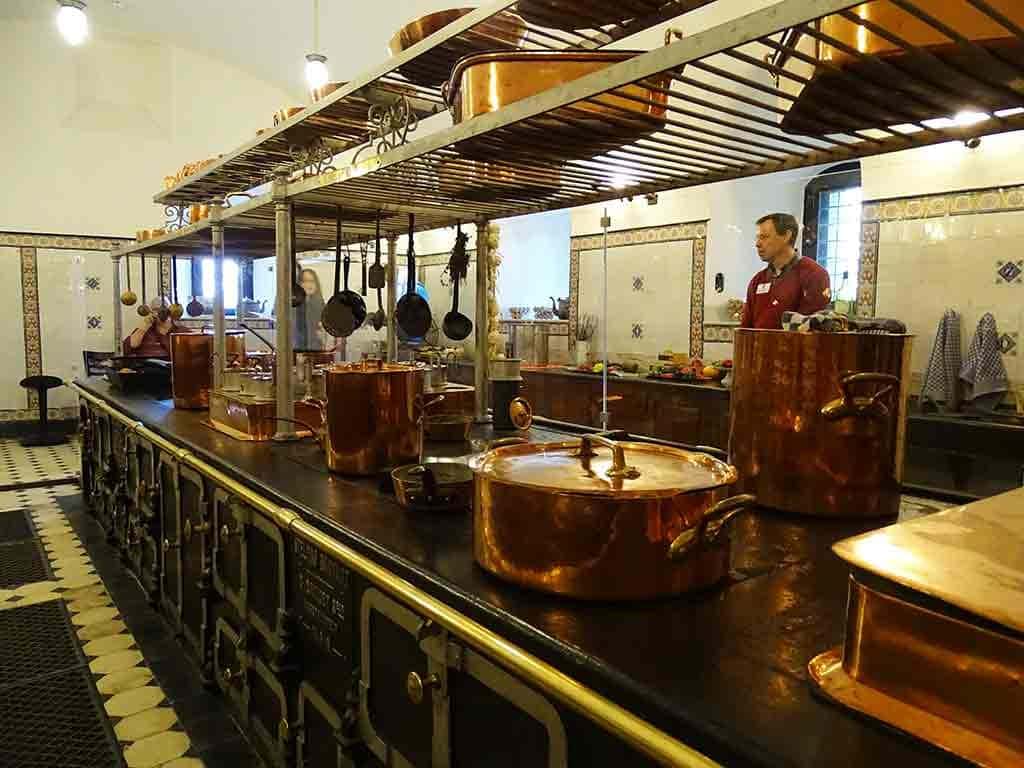 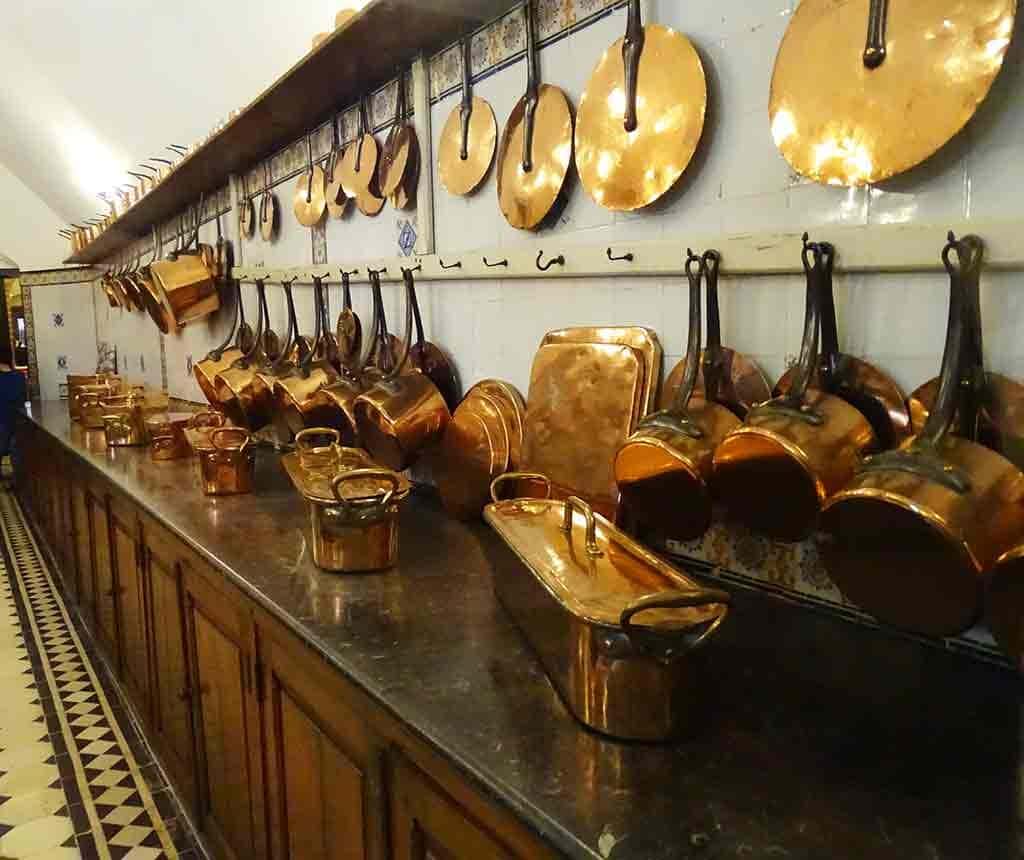 De Haar was founded in the 14th century by a member of the Van de Haar family who served the Prince-bishop of Utrecht. Over the centuries the castle was badly damaged in w.a.r.s and fell into neglect and general disrepair. In 1890 the still impressive ruins were inherited by Baron Etienne van Zuylen van Nijevelt van de Haar. 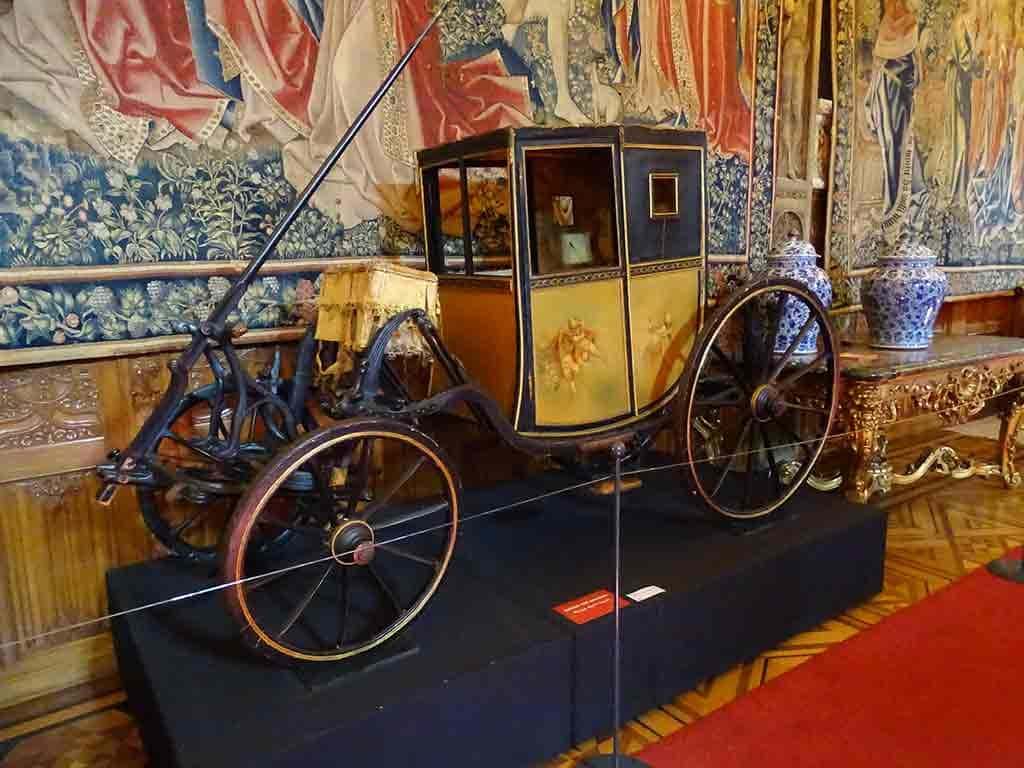 Thanks to his marriage to the extremely wealthy French baroness, Helene de Rothschild, the baron was equipped with a healthy budget to completely renovate De Haar Castle. In 1892, under the direction of notable Dutch architect Pierre Cuypers, the castle began its transformation to the magnificent neo-Gothic structure that stands today.

A Castle Fit for (Hollywood) Royalty 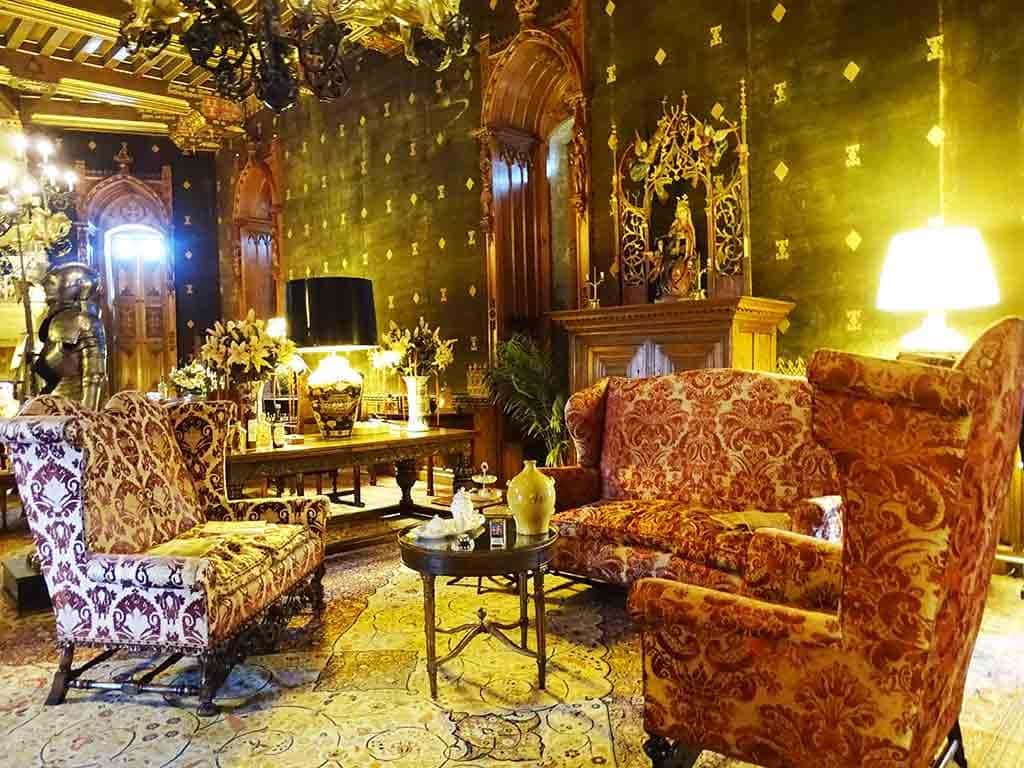 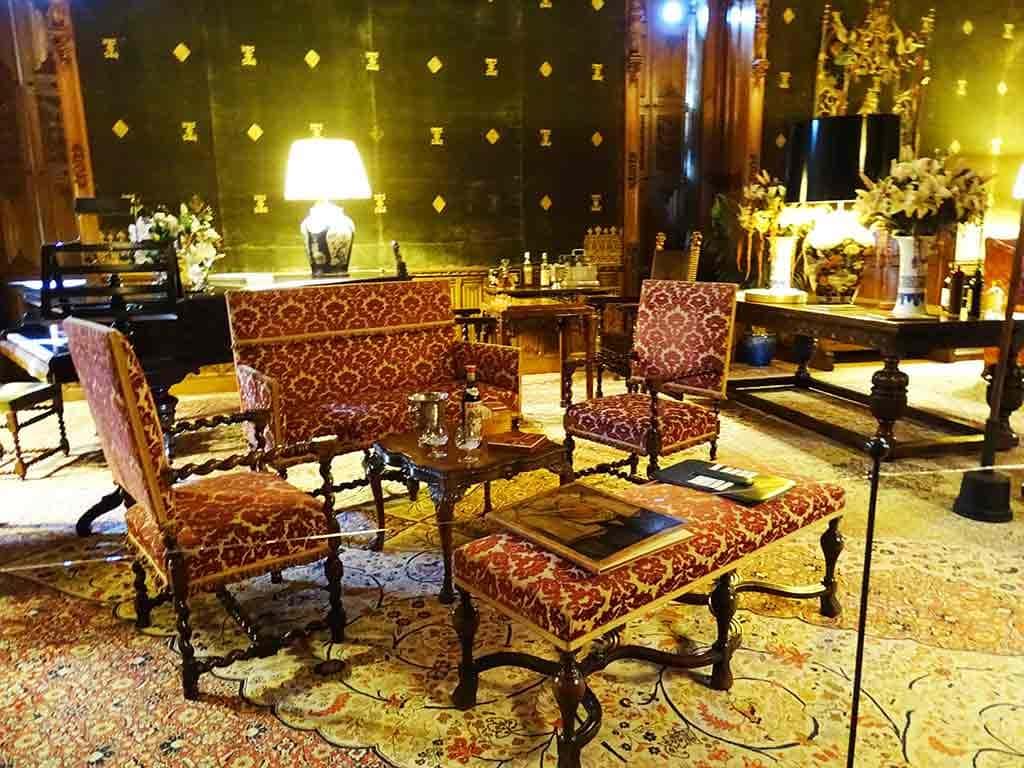 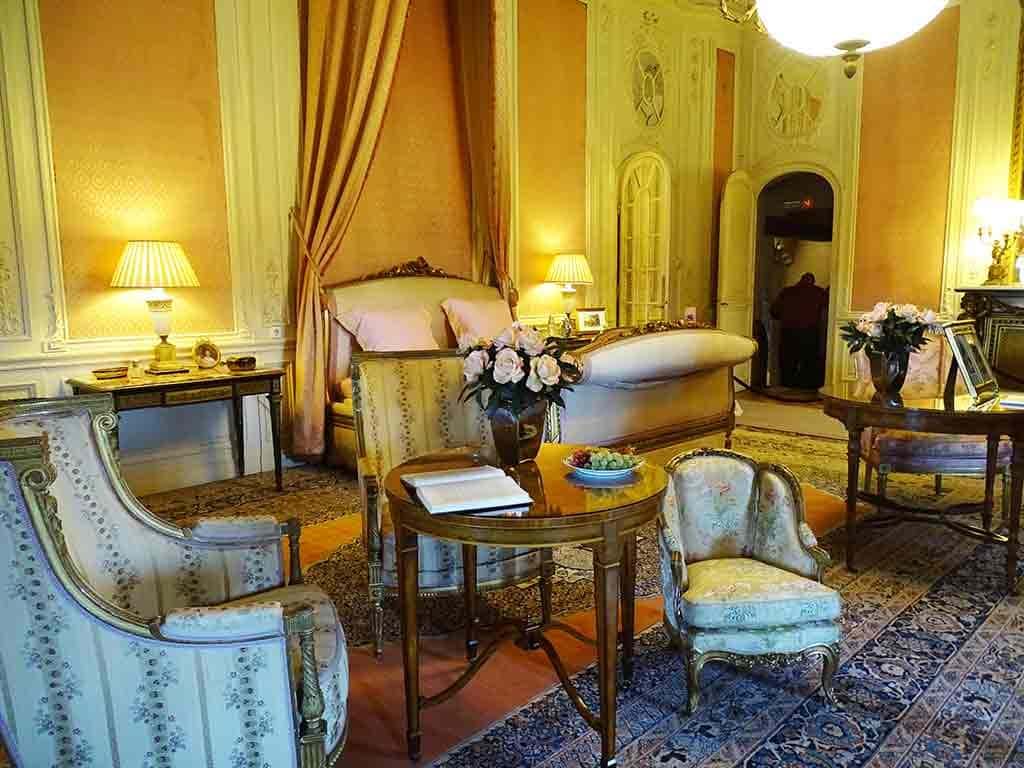 This fairytale castle served as a beacon for the rich and famous of the 20th century with celebrities flocking from all over Europe and the United States to attend the lavish parties at De Haar. Although the castle was used only for entertaining and was not a full-time residence, the castle was outfitted with every luxury and the Van Zuylen family entertained their guests lavishly amidst an abundance of art and history. Notable guests included Coco Chanel, Yves Saint Laurent, Brigitte Bardot, and Roger Moore to name just a few. 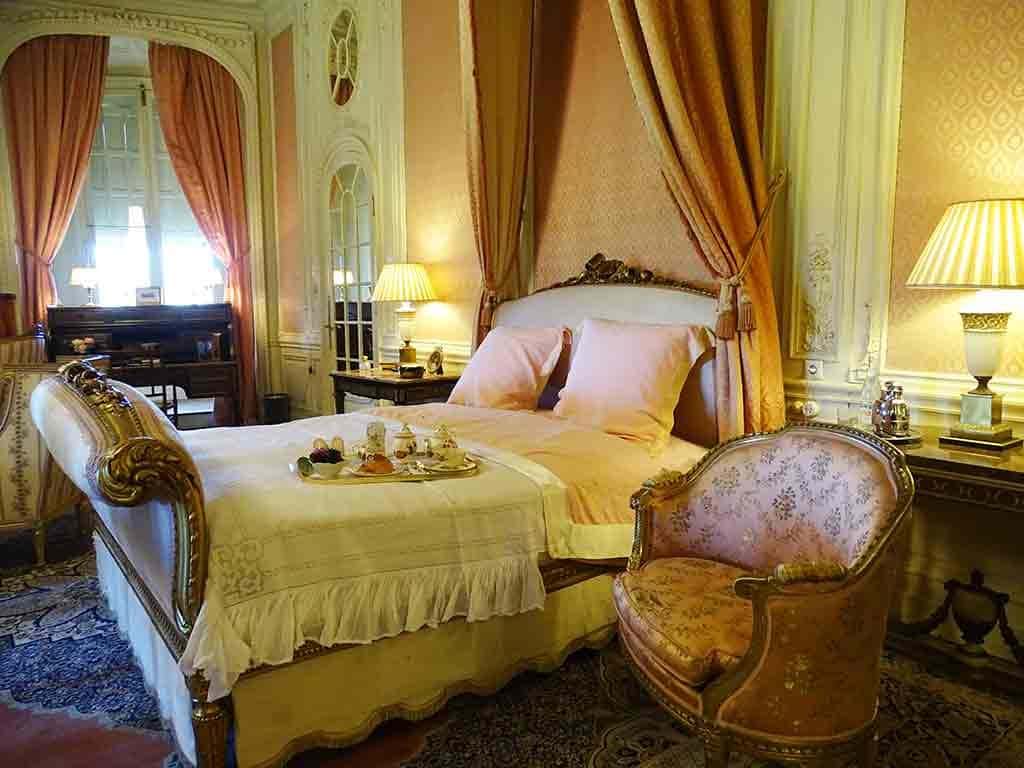 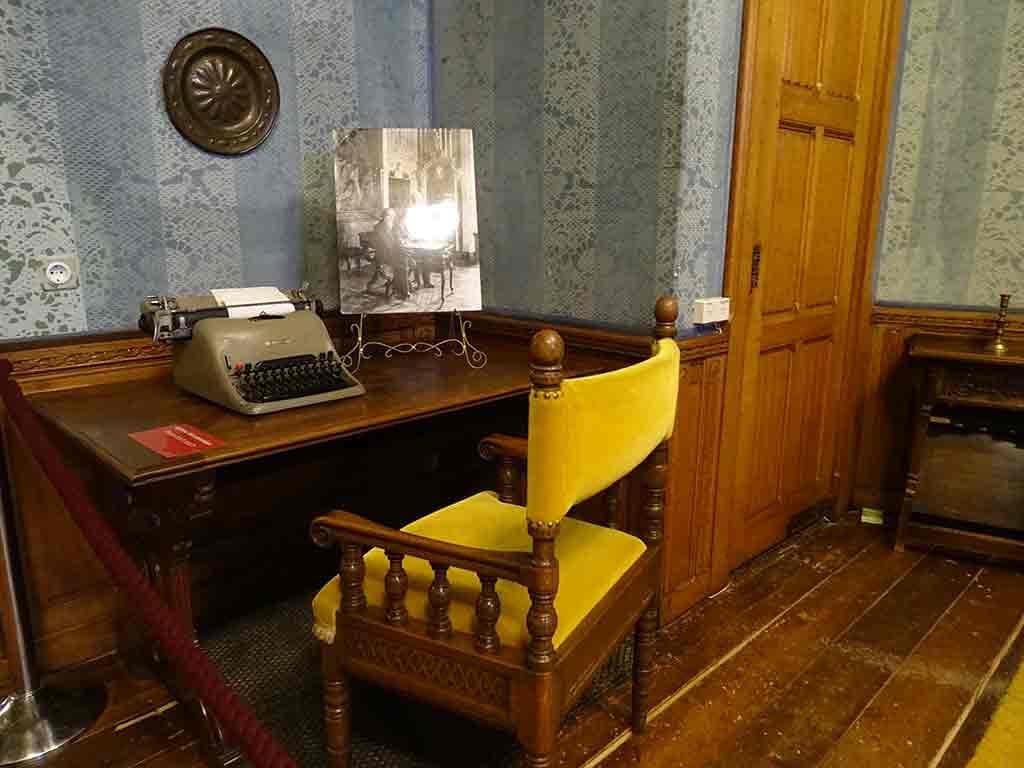 Although the castle is no longer a private residence, keeping to tradition, the Van Zuylen family retains the right to occupy the castle for one month out of the year. Following the custom of Baron Etienne and Baroness Helene, the family usually visits and hosts visitors in the castle during the month of September. However, the family more often spends several weeks throughout the year in the Châtelet, or little castle keeping the main castle open to tourists. 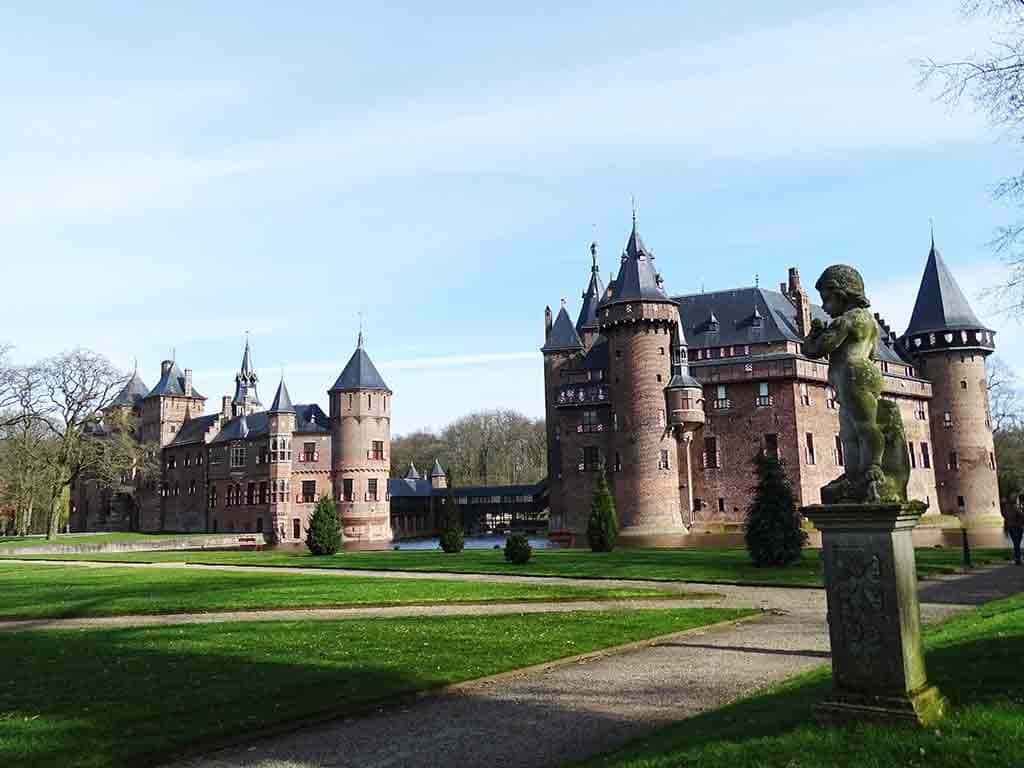 As if this 200-room castle wasn’t magical enough, De Haar also boasts a magnificent park. The castle was once surrounded by the village of Haarzuilens. But Cuypers’ design called for the entire village to be moved 1.5 kilometers to the west to accommodate the sprawling 135-acre French-style gardens and English-style park. The village is built to match the castle and is worth a walk-through itself. 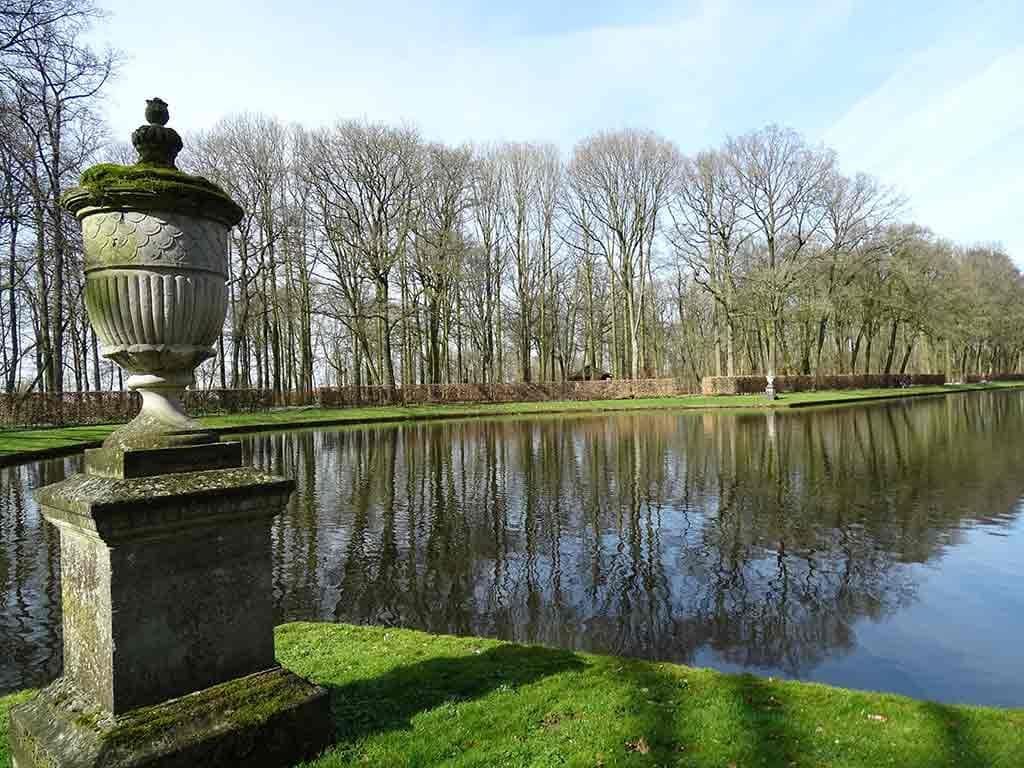 The village chapel was built within the castle park, and weddings are still held there today as well as across the grounds. The mature garden envisioned by Cuypers was created by importing 7000 40-year-old trees from across the province of Utrecht.

The entire park is oozing with charm, romance, and intrigue of days past. Highlights of the park and gardens include the Rose Garden, the Roman Garden, and the deer park. Of particular note, the Rose Garden has over 1200 roses across 79 different varieties. This garden serves as a memorial to Etienne van Zuylen van Nijevelt’s oldest son, Hélin, who was tragically k.i.l.l.e.d in 1912 in a traffic accident in the prime of his life at the age of 24. 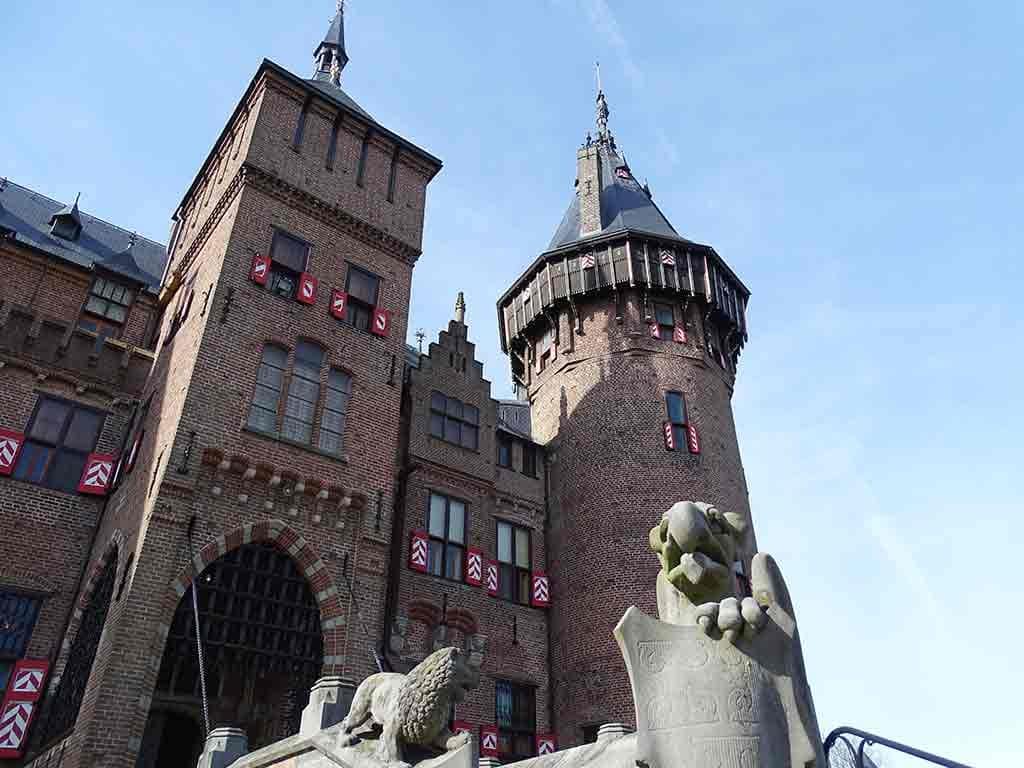 Know Before You Go

Although it’s easily one of the most visited castles in The Netherlands—and the largest– many people don’t even know that this outstanding beauty exists! Conveniently located just outside of the city of Utrecht, De Haar Castle is easily accessible from every major city in The Netherlands including Amsterdam.

Getting to De Haar Castle 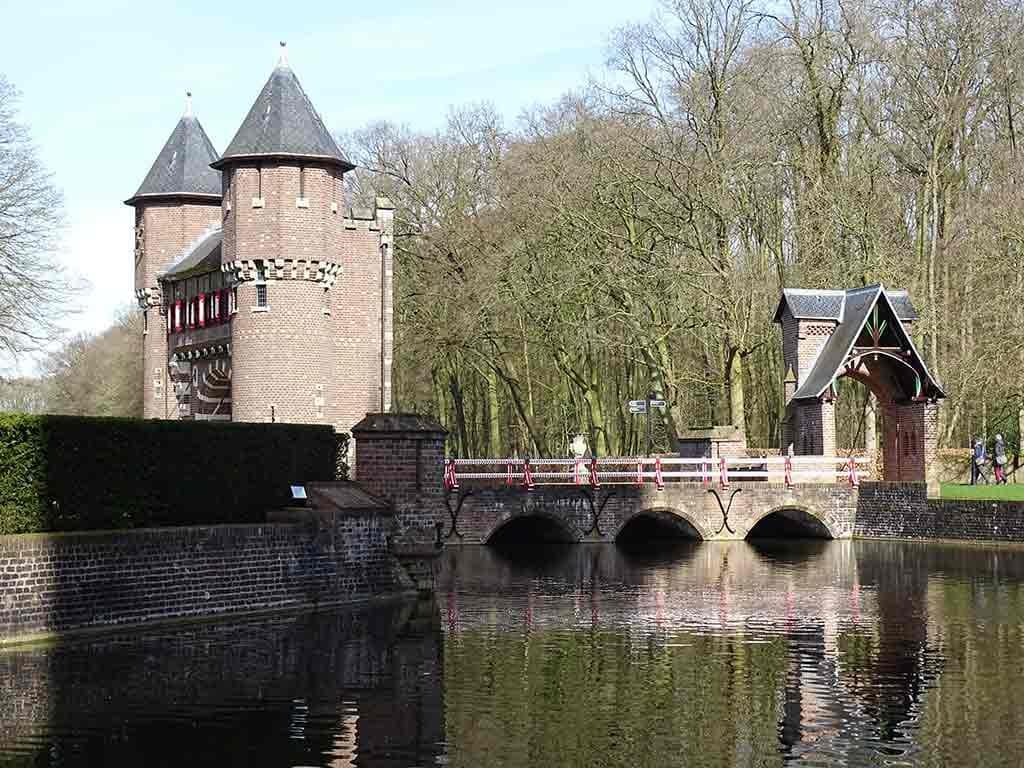 No matter where your traveling from, you’ll need to first make your way to the city of Utrecht to continue via public transportation to De Haar Castle.

Once you arrive at Vleuten Station, take either:

If you are traveling by public transportation, Wednesday is the best day to travel as you can take Bus 111 towards Kasteel de Haar (get off at Kasteel de Haar). This bus only runs on Wednesdays but it drops you off right in front of the castle.

Bus 127 towards Breukelen (get off at Brink in Haarzuilens). From the Brink, in Haarzuilen’s stop it is a 15-minute walk to the castle. 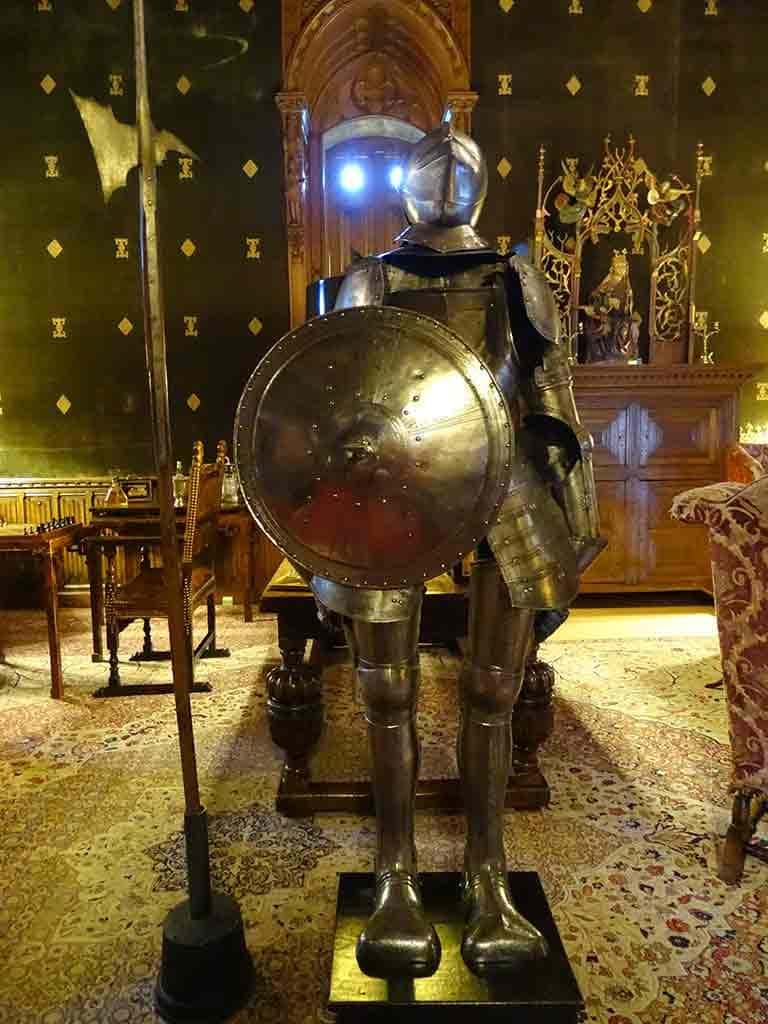 In typical Dutch-style, you could opt to bike to De Haar Castle. From Utrecht, the cycling journey takes about 45 minutes and is mostly flat. Bikes are not allowed in the castle park but bike parking is available in the bike park on Stalplein.

Visiting De Haar and think you might need the royal treatment? If you want to explore this Dutch castle without worrying about logistics, you can book a private tour from Amsterdam here.

Tickets can be bought onsite at the ticket office which opens at 09:00.

Tickets can also be purchased in advance on the De Haar Castle website.

Audio Guides are available in Dutch and English in the gift shop for 2.50 euro