Watchmaking is everywhere you look in Geneva. But how did this Swiss city become synonymous with the craft? Take a stroll around town to discover how fine craftsmanship, innovation, and competition have made Geneva tick for centuries.

Most people would recognize Geneva’s most famous symbol, the Jet d’Eau, which spouts water 140m (459ft) into the air from its position in the harbor, catching selfie-taking tourists in its spray. But fewer know that the reason this iconic fountain exists is due to something else this city is famous for watchmaking.

In 1886, a hydraulic plant was built on the river Rhône that pumped water to the city’s watchmaking workshops to power their machines. But there was a problem: when the watchmakers stopped working each night, pressure built up in the system. To relieve it, a safety valve was installed, which spouted water 30m (98ft) into the air. A few years later, the jet was no longer needed, but the authorities decided to make it a tourist attraction by moving it to Geneva port and boosting it to 90m (295ft). In 1951 it was supercharged to 140m (459ft), and thus a huge water jet became the city’s most subtle nod to its watchmaking history. 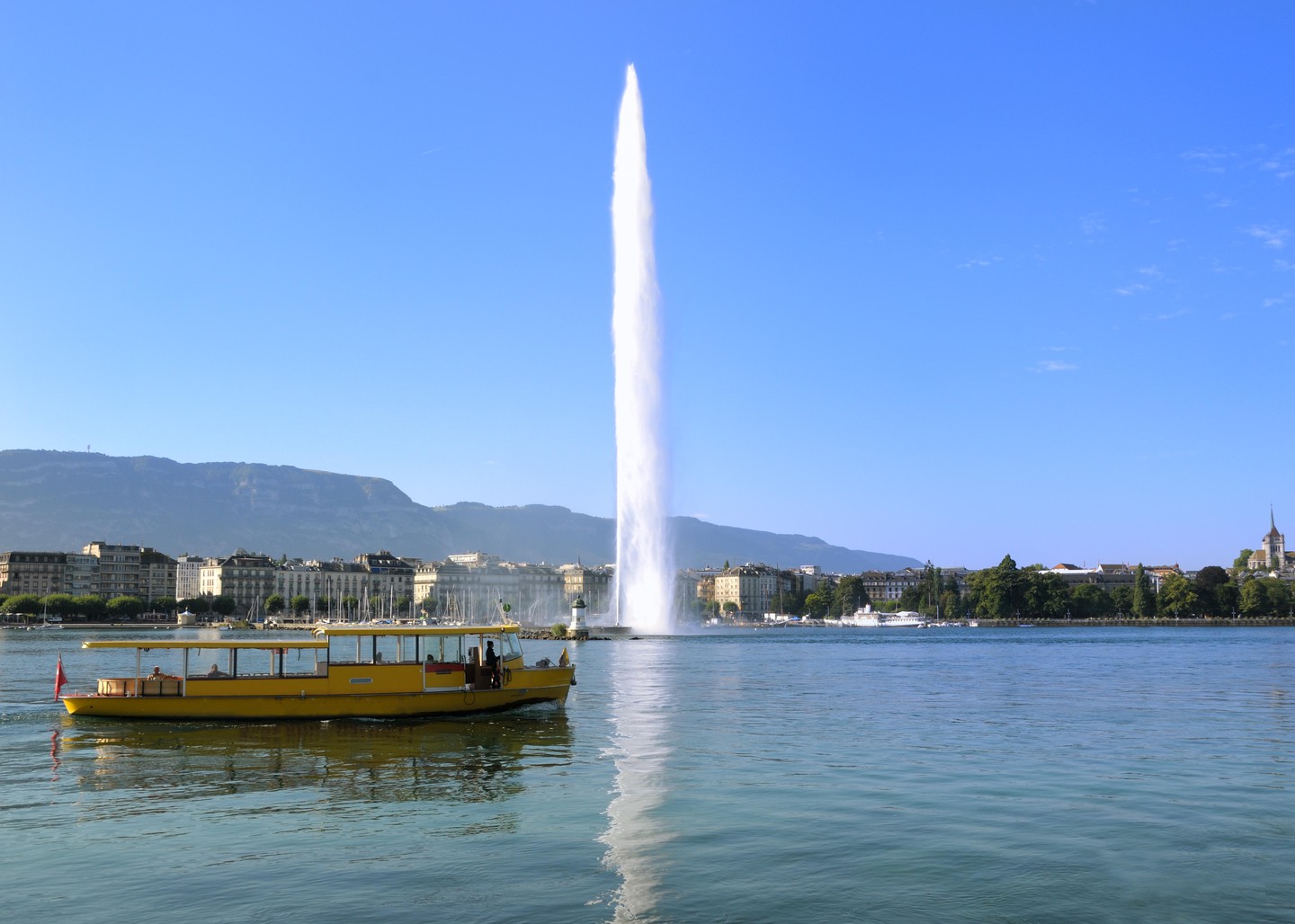 Other signs are far more literal. From your hotel – the Hotel Bristol is a good choice – you only have to walk across the Pont du Mont-Blanc to see logos of major watch brands topping buildings on both sides of La Rade, Geneva harbor. On the left bank, the Jardin Anglais sports a beautiful flower clock, created in 1955, whose thousands of blooms represent the many mechanical complexities of a watch. At 2.5m (8ft), its secondhand is the longest in the world. 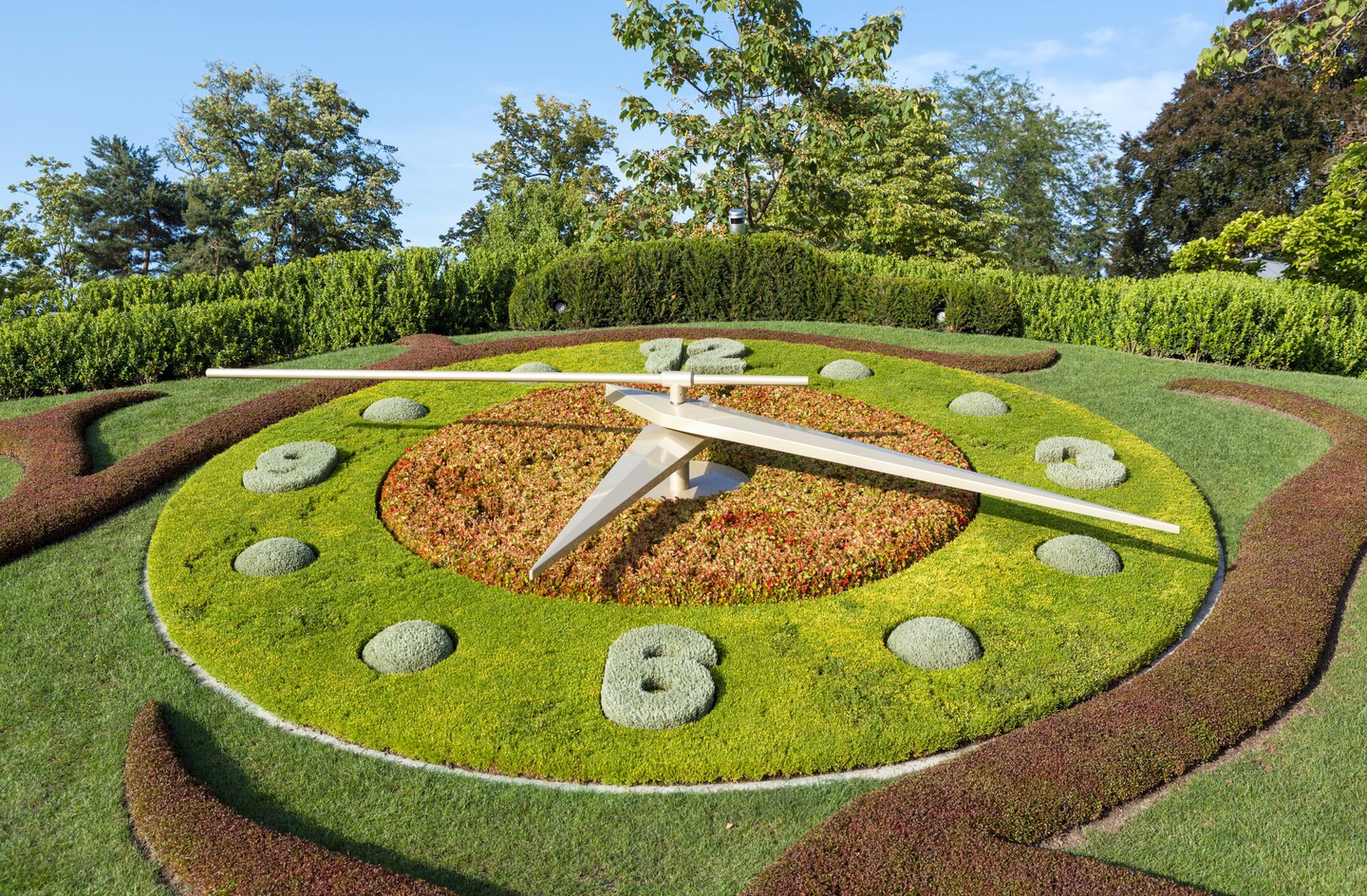 Longest, smallest, most complicated – competition has pushed Geneva’s pioneering watchmakers towards myriad advances over the years. Stroll past the boutiques along Rue du Rhône and you’ll see Rolex, which created the world’s first waterproof watch, the Oyster, for a cross-channel swimmer in 1926. There’s Breguet, whose founder, Abraham-Louis Breguet, was at the forefront of innovation in watchmaking, inventing devices still in use today, such as the tourbillon, a gravity-defying mechanism that ensures a watch’s accuracy. Further down the chic street is Jaeger Le-Coultre, known for creating the world’s smallest mechanical movement, the Calibre 101, in 1929 – Queen Elizabeth II wore one on her coronation day. And around the corner on Place de Longemalle is Vacheron Constantin, Geneva’s oldest watch Maison, created way back in 1755. Pop in to look at its craftsmanship table, which has explanatory videos of some of the techniques employed, including the fine engraving technique guilloche figurative. 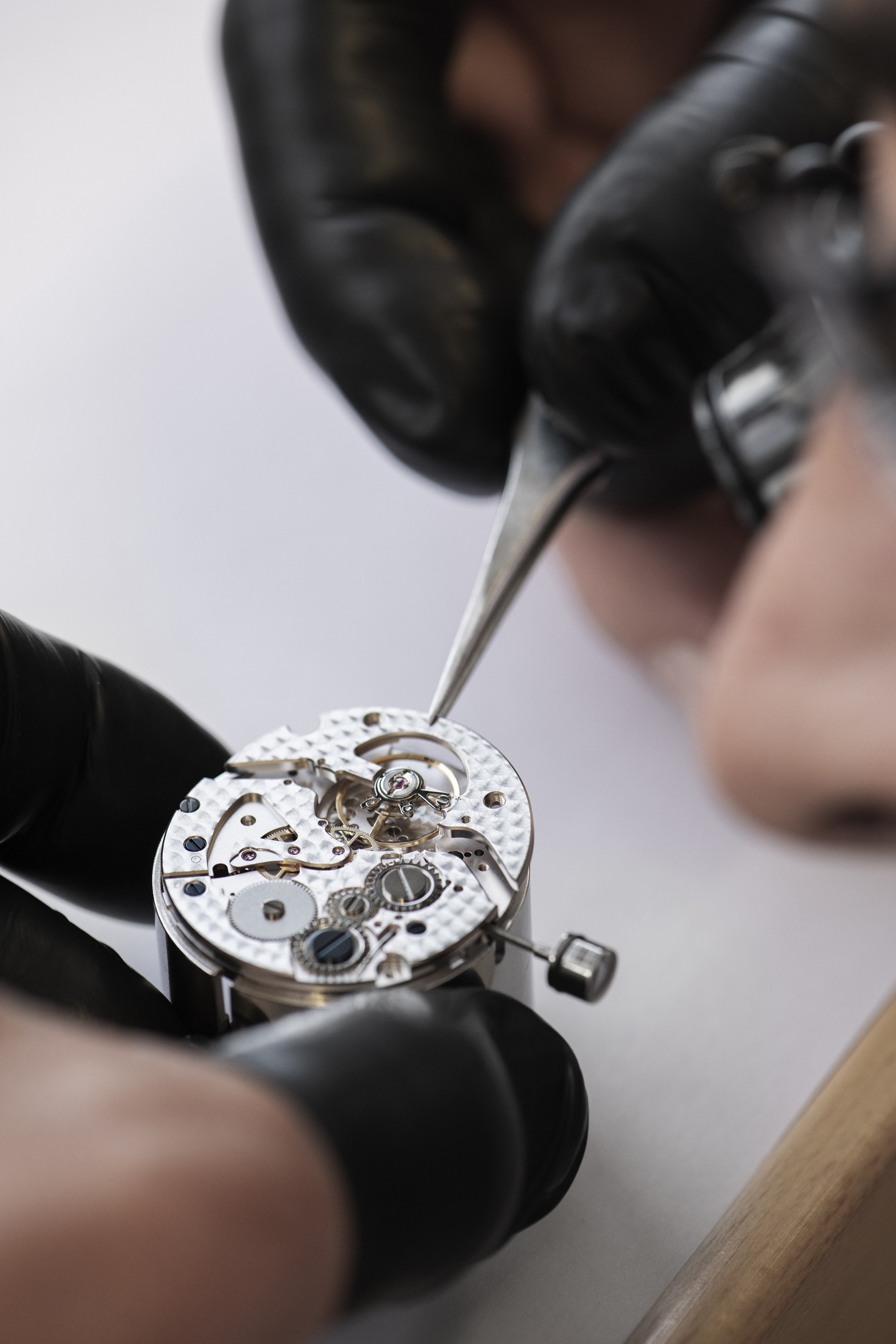 But why are all these watch brands here? How did Geneva become such a hub of watchmaking? For that it’s necessary to wind back to the 16th century, when Protestant refugees known as the Huguenots fled Catholic France, finding a safe haven in Geneva. Already known for its goldsmiths and jewelry makers, the city welcomed these refugees – many of them talented craftsmen – around the same time as Protestant reformer John Calvin, who preached against what he saw as the excesses of Catholicism.

Jewelry, a symbol of this excess, was prohibited, but timepieces, which had a practical function, passed muster. As a result, many jewelers turned their hand to watchmaking, and the industry quickly grew, with craftsmen making watch parts, engraving cases, and enameling dials out of attic workshops in the Saint Gervais area. With Geneva bursting at the seams, some left for the nearby Jura, where they farmed in summer and made watch parts in the dark winters. The area still houses many major watches Maisons today. 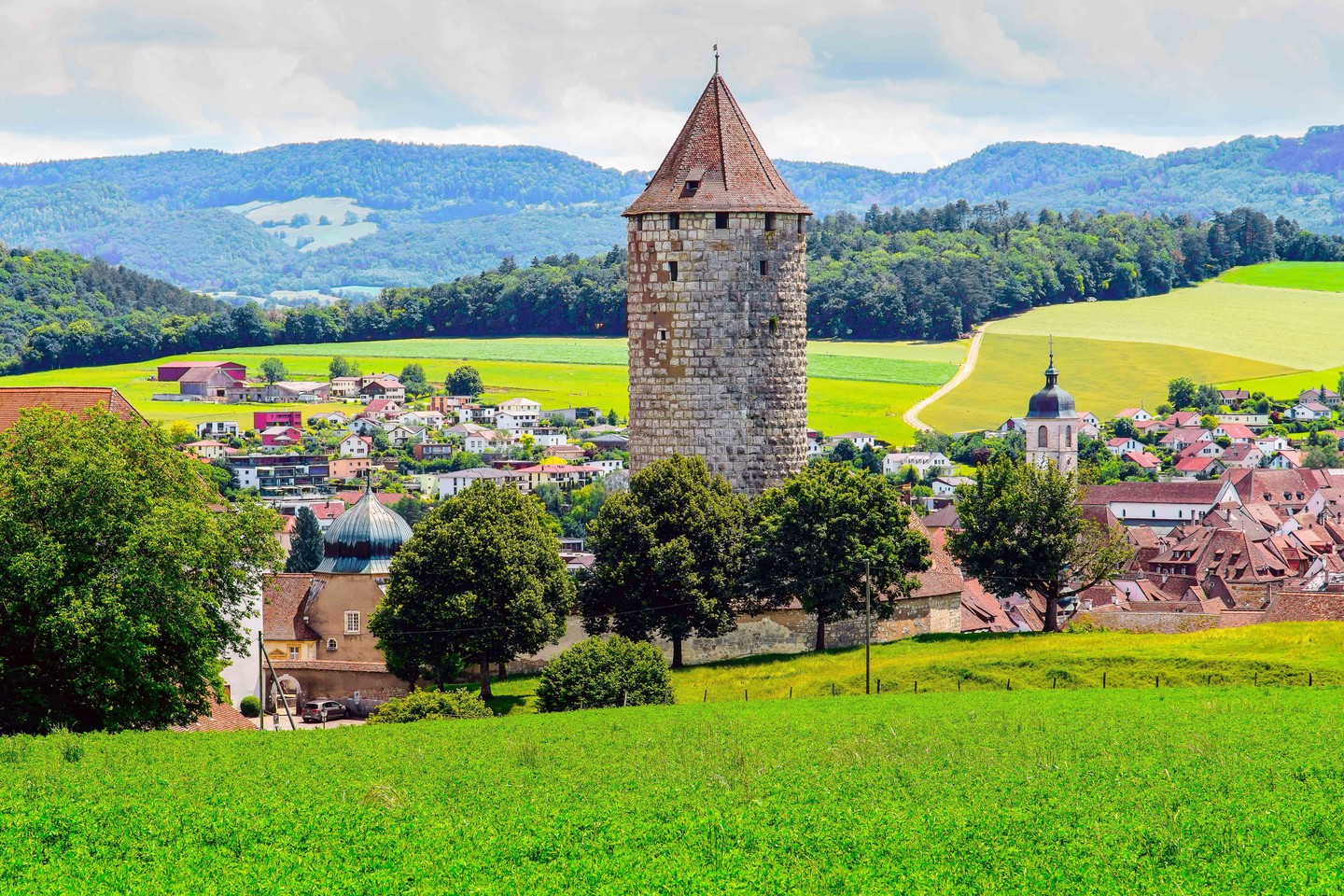 The result of this industriousness can be seen at the extraordinary Patek Philippe Museum, which brings together some 2,000 timepieces from five centuries of watchmaking history, not only those made by Patek Philippe – founded in Geneva in 1839 – but by many other Swiss and European brands, too. Prepare to stand open-mouthed in front of some of the earliest watches ever made, as well as some of the most bizarre, including a whole section dedicated to automatons, when timepieces were adorned with singing birds. You’ll leave with a real sense of the innovation, creativity, and wealth that have driven watchmaking since the very beginning. 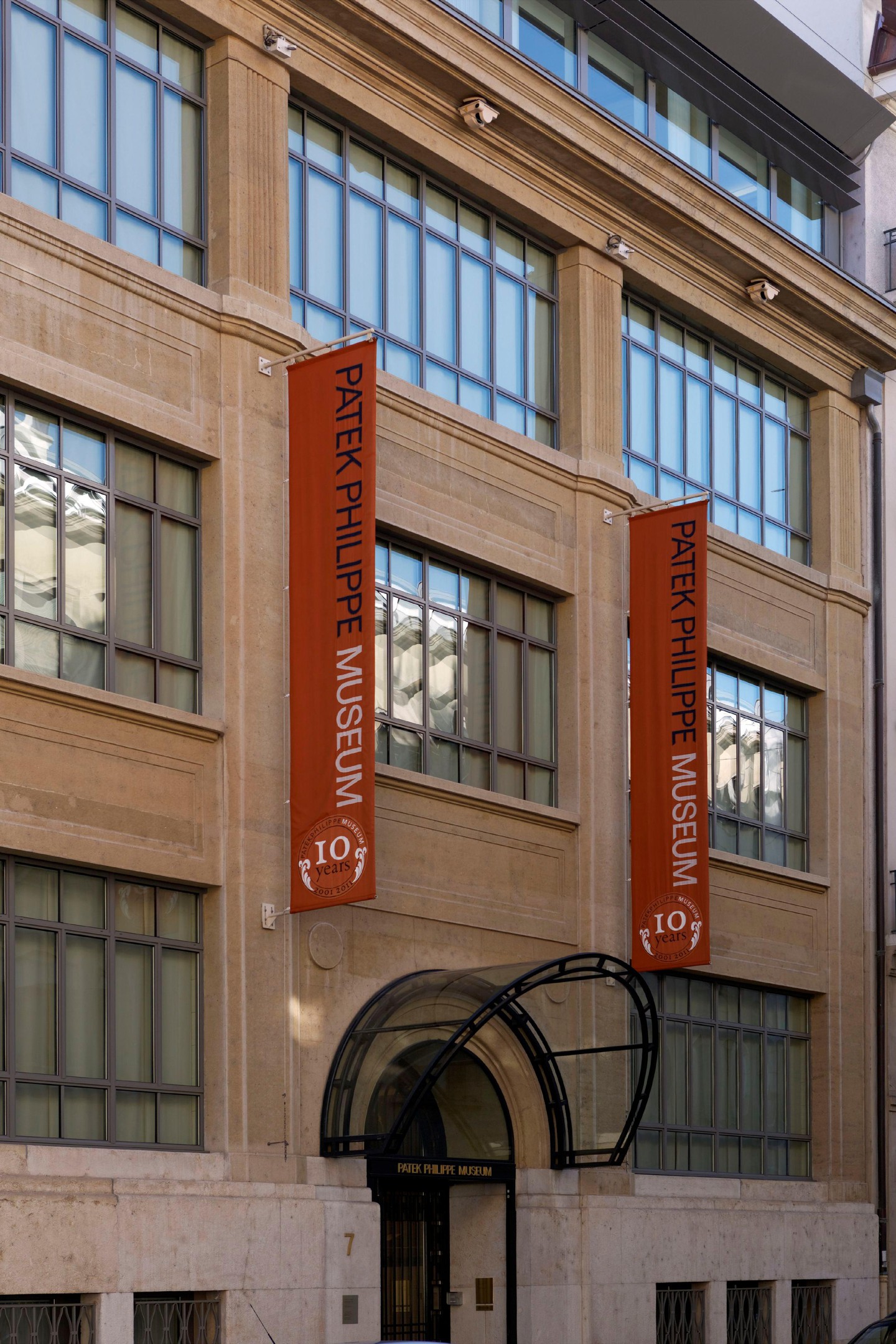 But what of the craft itself? To understand the skill and technical ability involved in watchmaking it’s best to observe it first hand – and have a go yourself. In Geneva Old Town, the start-up Initium offers watchmaking classes ranging from a three-hour initiation to a full-day course in which you can create and build your very own watch to keep. 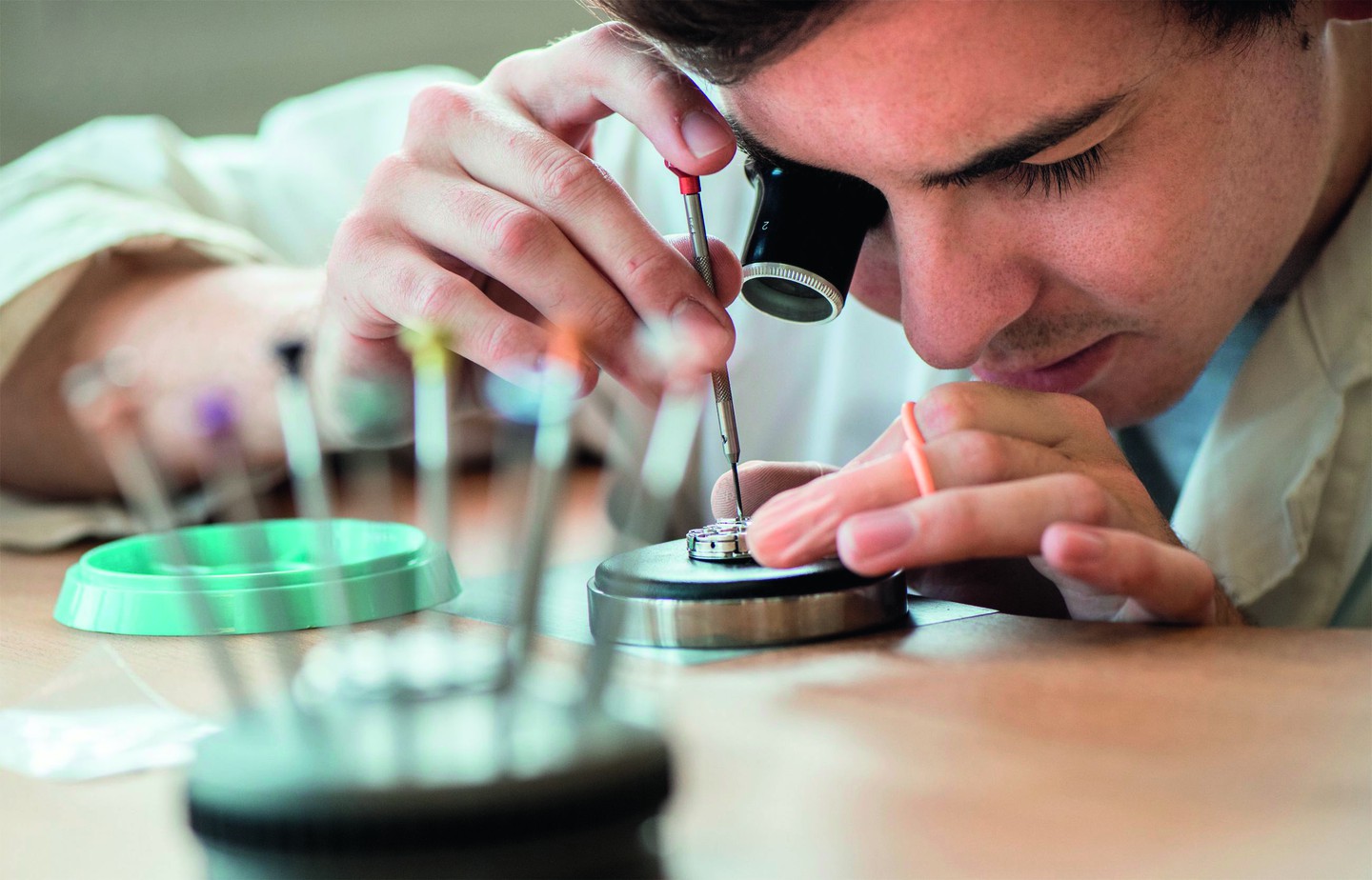 While mechanical watches remain the height of Swiss skill and style, don’t come to Geneva without paying homage to Swatch, the brand of quartz-powered watches that revitalized the industry in the 1980s after years of decline due to competition from America and Japan. Visit its flagship store on Rue du Marché before rounding off your stay with dinner over the other side of La Rade at Le Chat Botté in the Hotel Beau Rivage, one of the city’s best restaurants. On your way, stop on the bridge to take a final photo in front of the Jet d’Eau, the subtle symbol of an industry that has made this Swiss city tick for centuries. 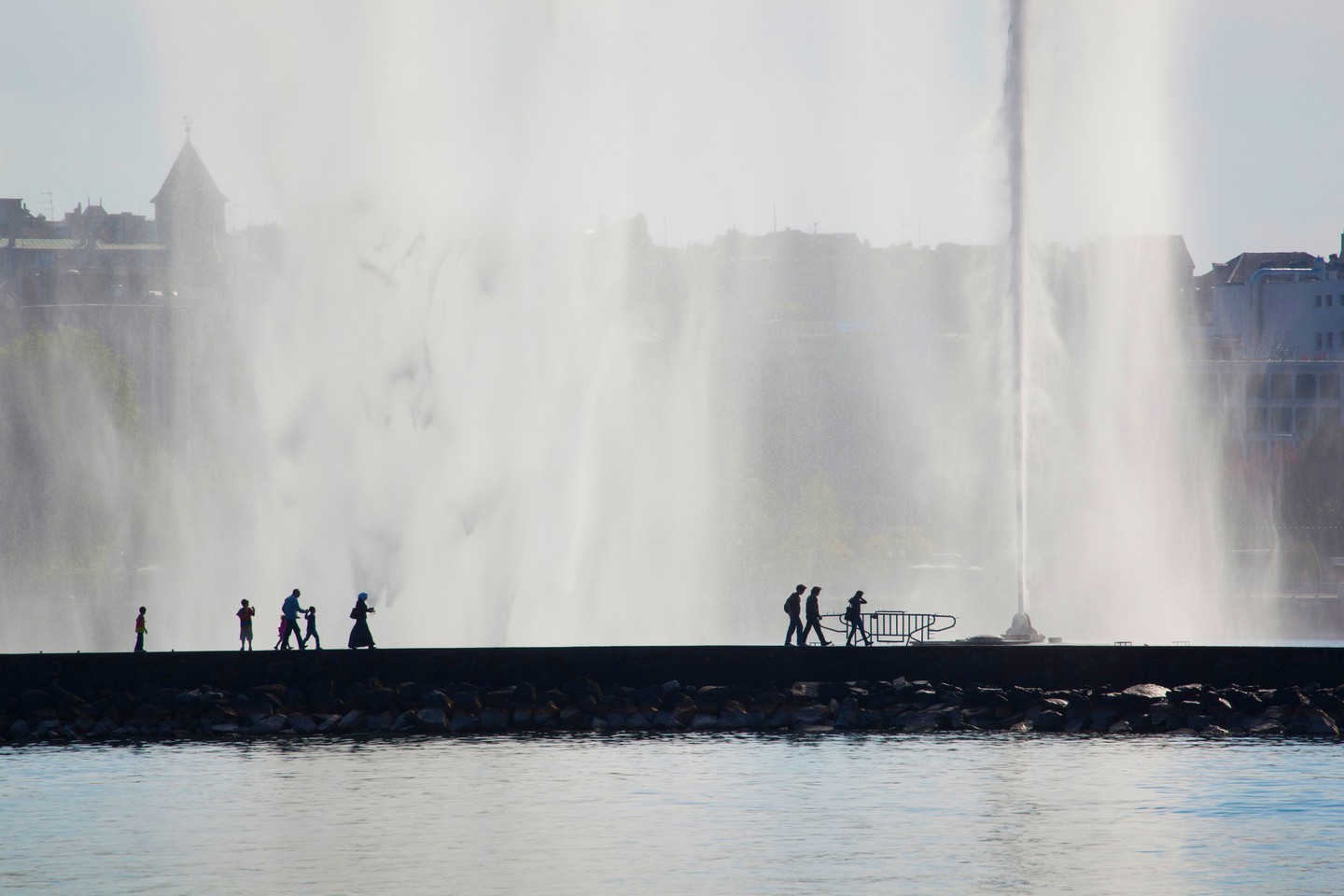 Perhaps the most iconic attraction in Geneva, the Jet d’Eau has an unexpected backstory | © Prisma by Dukas Presseagentur GmbH / Alamy Stock Photo