New Zealand was the last large and livable place in the world to be discovered.

The first people to arrive in New Zealand were the ancestors of the Māori. The first settlers probably arrived from Polynesia between 1200 and 1300 AD. They discovered New Zealand as they explored the Pacific, navigating by the ocean currents, winds and stars.

Some tribal traditions say the first Polynesian navigator to discover New Zealand was Kupe. You can read more about Kupe in Te Ara – The New Zealand Encyclopedia of New Zealand.

The first European to arrive in New Zealand was the Dutch explorer Abel Tasman in 1642. The name New Zealand comes from the Dutch ‘Nieuw Zeeland’, the name was first given to us by a Dutch mapmaker.

A surprisingly long time passed — 127 years — before New Zealand was visited by another European. The Englishman Captain James Cook arrived here in 1769 on the first of 3 voyages.

By the 1830s, the British government was being pressured to reduce lawlessness in the country and to settle here before the French, who were considering New Zealand as a potential colony.

The treaty was taken all around the country — as far south as Foveaux Strait — for signing by local chiefs. More than 500 chiefs signed the treaty that is now known as the Treaty of Waitangi (Te Tiriti o Waitangi).

The term ‘Māori’ did not exist until the Europeans arrived. It means ‘ordinary’ and Māori used it to distinguish themselves from the new, fair-skinned European settlers. 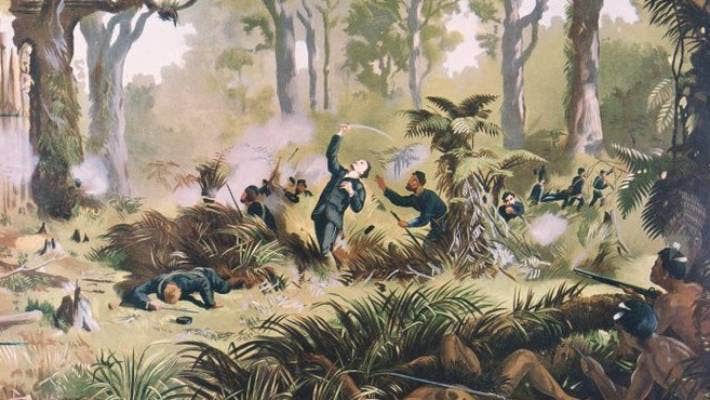 Māori came under increasing pressure from European settlers to sell their land for settlement. This led to conflict and, in the 1860s, war broke out in the North Island.

A lot of Māori land was taken or bought by the government during or after 20 years of war.

Meanwhile, in the South Island settlements, things were going very well. Settlers set up sheep farms on the extensive grasslands and Canterbury became the country’s wealthiest province. Gold was discovered in Otago in 1861 and then on the West Coast, helping to make Dunedin New Zealand’s largest town. 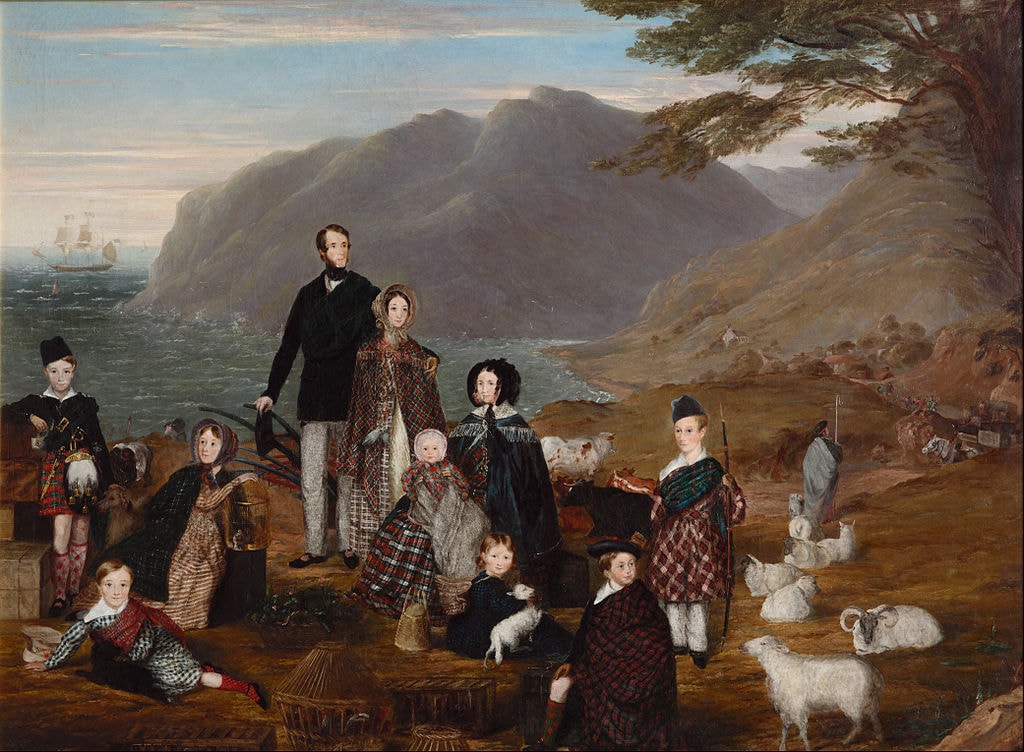 In the 1870s, the government helped thousands of British people start a new life in New Zealand. Railways were built and towns sprang up or expanded.

In 1882, the first shipment of frozen meat from New Zealand made it successfully to England, proving that exporting chilled meat, butter and cheese as possible. New Zealand became a key supplier to Britain.

With an economy based on agriculture, much of the forest that originally covered New Zealand was cleared for farmland.

Rights for women and workers

New Zealand was keen to show its loyalty to the British Empire and sent troops to fight for Britain in the South African War in 1899. It was the first war New Zealand soldiers were sent overseas to fight.

We became increasingly conscious of our own nationalism. In the late 1890s, we turned down the chance to join the Australian Federation. Instead, New Zealand became an independent Dominion in 1907.

World War I and the ANZACs

Thousands of New Zealanders served and died overseas in the First World War.

The 1915 landing at Gallipoli in Turkey is regarded as a coming of age for our country. It established the tradition of ANZAC (Australian and New Zealand Army Corps) and a pride in New Zealand’s military achievement and its special relationship with Australia.

ANZAC Day, which remembers the Gallipoli landing, is a public holiday on 25 April each year. It is marked with increasingly well-attended ceremonies. To explain the history of the day and its significance to New Zealand today, WW100 has created brief guides translated into 3 languages.

New Zealand troops fought overseas again in the Second World War in support of the United Kingdom (UK). However, the fall of Singapore shook New Zealanders’ confidence that Britain could guarantee the country’s security.

With most of our forces effectively stranded in Egypt and the Middle East, it was the United States that protected New Zealand against Japan during the war in the Pacific.

As a sign of friendship with the United States, New Zealand fought in Korea in the 1950s and – against much popular opposition – in Vietnam in the 1960s.

Britain was an important and assured market for our farm products. But when Britain joined the European Economic Community (EEC) in 1973, New Zealand lost that important market. This was a blow to our trading community and to the country. 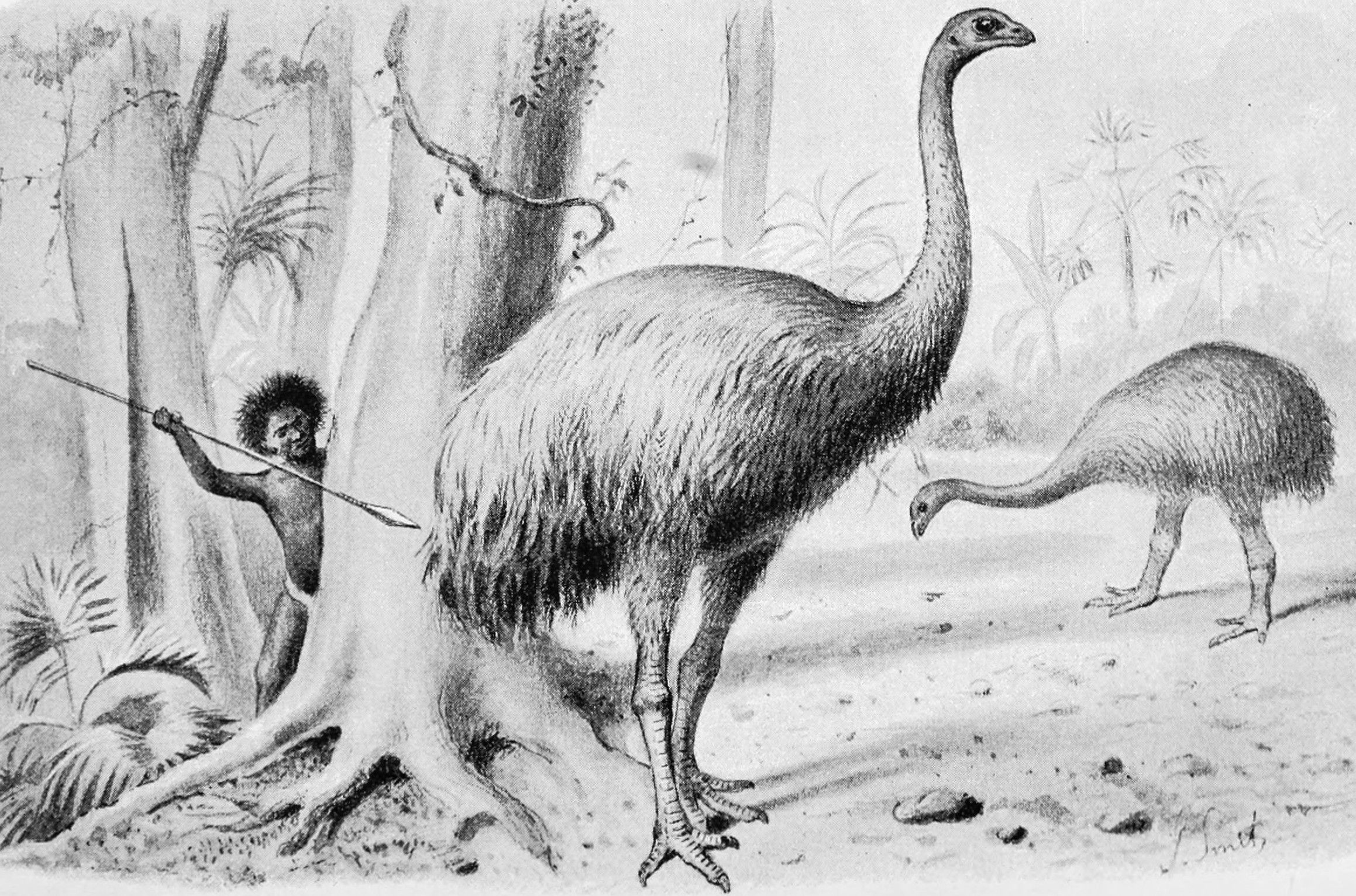 Luckily, New Zealand had already begun diversifying its export trade. So when Britain joined the EEC, that event encouraged New Zealand to widen its outlook. We now sell our farm goods and many other exports to a wide range of countries.

New Zealand has become a culturally diverse country. Particularly from the 1980s, a wide range of ethnic groups have been encouraged to settle here and New Zealand is now much more multicultural.

According to data from the 2013 national Census, 25% of people living in New Zealand were born abroad, 15% are Māori, over 12% are Asian, and over 7% are from Pacific Island nations. Hindi is the fourth most common language in New Zealand, after English, Māori and Samoan.

What Does The New Zealand Flag Symbolize?