Famed as the ‘other national drink’ next to whisky, Irn-Bru and Scotland are inextricably linked. Boasting 32 phenomenal flavors and a safeguarded recipe, this obnoxiously orange fizzy elixir is a national treasure and the number-one selling Scottish soft drink.

With famous Highland athlete Adam Brown embellishing the label, Irn-Bru first took Scotland by storm in 1901. The ginger-hued drink was launched as BARR’S IRON BREW by father and son duo Robert Barr and Andrew Greig Barr, the proprietors of both Barr companies in Falkirk and Glasgow. 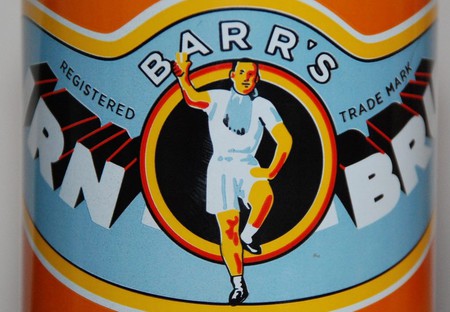 Today, only a select handful of people — three in the whole world — know the coveted secret recipe. From the get-go, Barr showcased savvy ad campaigns, which in their early days, focused on the testimonials of famous sporting figures.

During the 1930s, the drink gained widespread notoriety from starring across Scottish newspapers in the ‘Adventures of Ba-Bru and Sandy’, with Ba-Bru’s character mirroring Sabu from Rudyard Kipling’s book. This Scottish advertising cartoon was still going strong during the early 1970s, making it the longest-running of its kind. 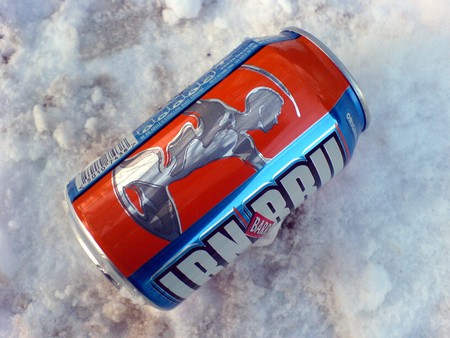 After the production of the drink was halted during parts of World War II, new food labeling regulations required brand names to practice total transparency. Although Iron Brew contained iron, it wasn’t literally ‘brewed’. And so, in 1946, Irn-Bru was born, appearing on the market as such in 1947.

The drink garnered exponential and widespread respect, with Billy Connolly famously praising its powers as a hangover cure in his 1975 album ‘Cop Yer whack For This’. For anyone wondering, it works a charm!

Suggestive and at times controversial, the outlandish advertising campaigns go hand in hand with Irn-Bru’s self-confessed irreverent sense of humor. The more famous Irn-Bru-isms imprinted into the Scottish social psyche include the taglines ‘Made in Scotland from girders’, ‘Scotland’s other National Drink’, ‘Phenomenal’ and ‘Irn-Bru will get you through. 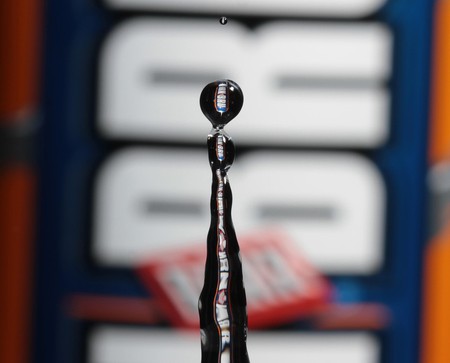 A fine example, Irn-Bru’s response to Coca-Cola’s Share a Coke campaign included limited-edition bottles stamped with the names Fanny, Senga, Rab and Tam! Oh, Scotland! It’s true that Irn-Bru gets you through.

12 Things No-One Tells You About Moving to Scotland