The Dutch have cultivated an almost unrivalled amounts of flowers for centuries and currently produce around three billion tulips bulbs every year. These iconic flowers were introduced to the Netherlands during the mid-16th century and gradually perfected into a highly marketable commodity.

Despite their synonymity with the Netherlands and Dutch horticulture, tulips actually originated in the Middle East and only started appearing in western Europe after the end of the Medieval period. Historical sources suggest that famed Dutch gardener Carolus Clusius was the first European to fully recognise their potential. He began planting specialised tulip nurseries around the time he became the director of the University of Leiden’s botanical gardens, in 1593.

Carolus Clusius’ accomplishments at Leiden eventually allowed others to replicate his work, leading to the creation of the Dutch tulip industry. By the early 17th century, tulip breeding had developed into a highly profitable commercial sector and the price of Dutch bulbs rapidly skyrocketed. This boom eventually led to an economic crisis in 1636, known as Tulip Mania, where the value of tulip bulbs suddenly collapsed, consequently bankrupting countless investors, cultivators and traders. 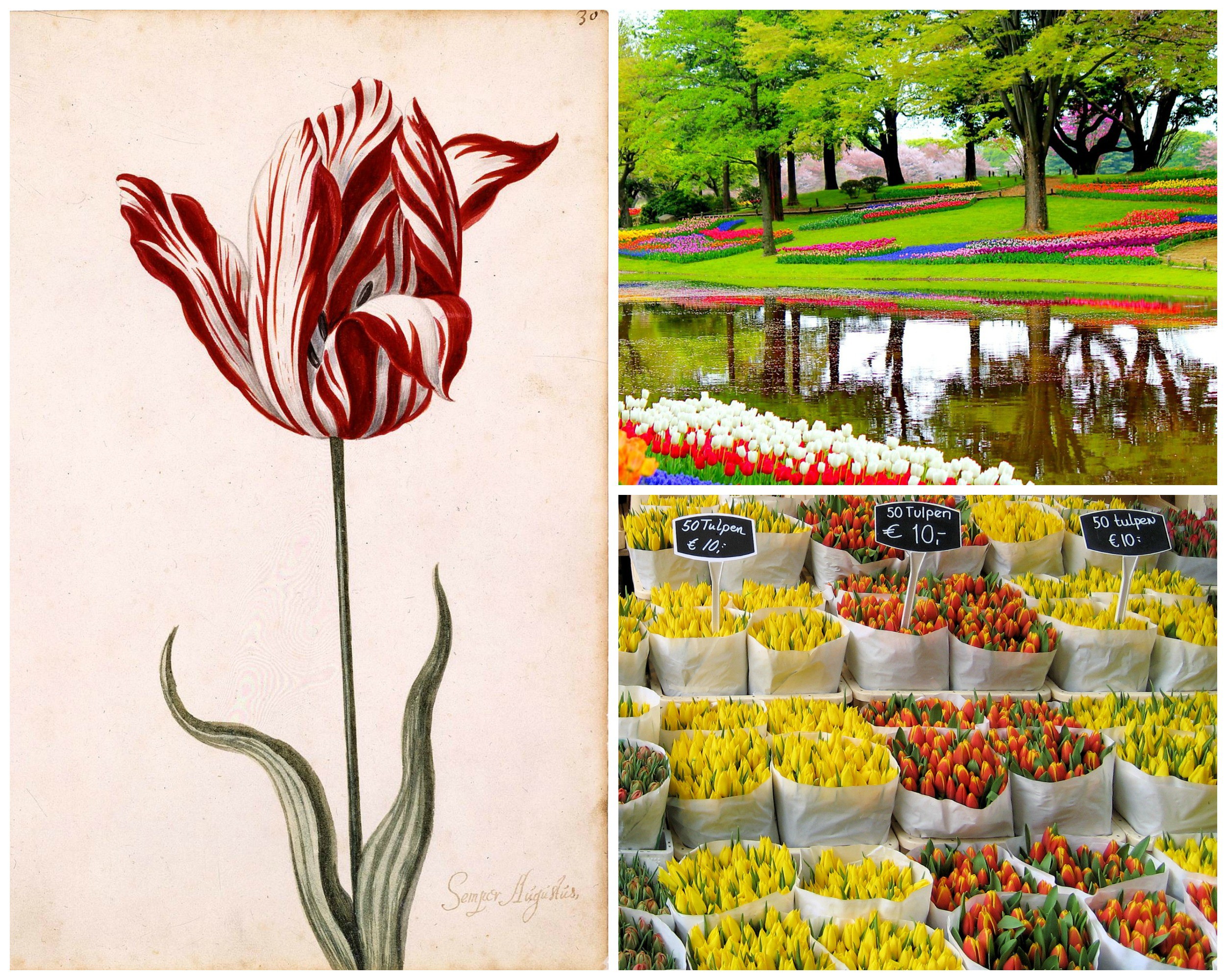 Fortunately, the Dutch market survived this tumultuous period and the tulip trade eventually stabilised, despite devastating economic losses that largely went uncompensated. Since then, the Dutch have continued to grow beautiful tulips and many parts of the Netherlands, such as de Duin- en Bollenstreek and Noordoosterpolder partly base their economy around their floricultural capabilities.

Although tulips are mainly grown in the Dutch countryside, many cities in the Netherlands feature buildings or locationsthat were designed to accommodate the floriculture industry. In Amsterdam for example, floral crops were originally transported into the city by boat via canals, leading to the foundation of a floating flower market on Singel, which is still present today.

12 Foods You Must Try in Amsterdam