In order to endure the unforgiving Dutch winter, people in the Netherlands turn to their homeland’s cuisine for warmth and comfort. For centuries, Dutch kitchens have been cooking up a variety of hearty meals that are deliberately designed to stave off chills and reinvigorate dampened spirits. Although stamppot is undoubtedly the most famous dish to emerge from this ongoing battle against the season’s cold weather, another, equally cherished meal, called snert, regularly appears on Dutch tables during the winter months of the year.

Due to its robust, lumpy consistency, this delicious split-pea soup bears a striking resemblance to a bowl of thick, green porridge. While there is no definitive recipe for the soup, it always contains an ample helping of split-peas alongside other optional, seasonal vegetables, such as celeriac carrots, onions or leeks. This indiscriminate approach towards preparation gives snert its distinctive texture – a quality that many Dutch people deliberately ameliorate by allowing their stews to thicken overnight. In fact, it is often said that snert is only truly ready when a teaspoon can stand upright in its centre and remain stable for at least a few seconds. 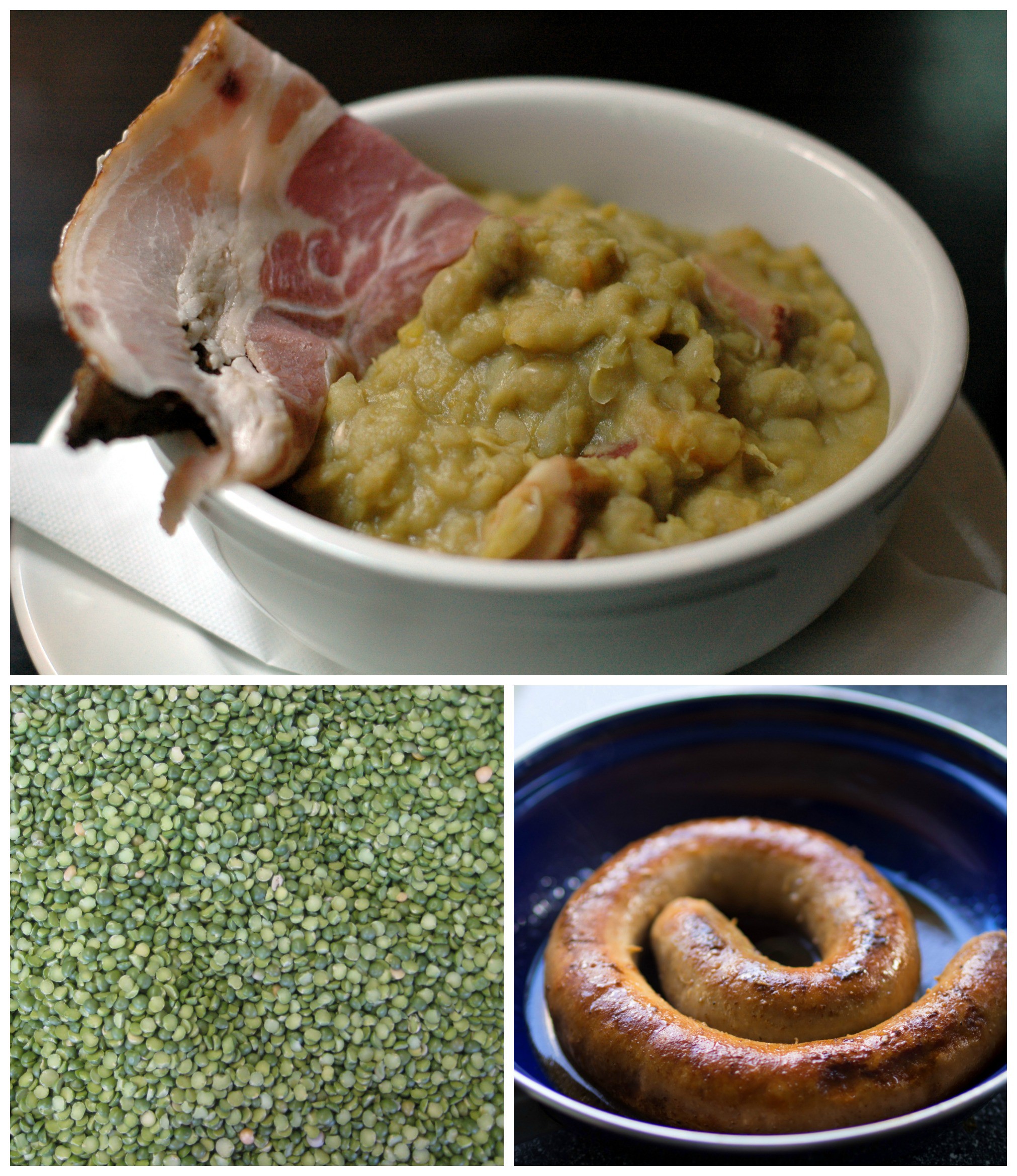 Snert is typically served with smoked or cured meat and a large slice of Frisian-style rye bread. Cooks often choose to throw meat into their broth whilst the snert is still on the hob, and it is common to see chunks of bacon, sausage or pig tail floating on the soup’s surface.

Until relatively recently most people in the Netherlands lived in rural communities and it is extremely likely that snert was invented by farmers or agrarian households. When this happened exactly isn’t particularly clear, as the Dutch have been cultivating split-peas for a millennium. Considering the crop’s high nutritional value, pervasiveness and low cost, it is somewhat unsurprising that it became a staple of Dutch cuisine, and many other countries around the world have similar, albeit less dense, varieties of split-pea soup.

11 Best Things To Do in Amsterdam Old Town

1 thought on “A Brief History Of Dutch Snert”