1. Bicycles are a Safer Alternative to Cars.

In 1971, the amount of traffic in the Netherlands rose significantly, the roads belonged to the cars, not the people, and the rate of accidents had increased dramatically. 400 children were k.i.l.l.e.d in that year with casualties in road accidents reaching a high of 3300. The people in the Netherlands began to protest for bicycle lanes as a safer mode of transport. There were politicians at that time who knew that having too many cars would cause more issues in the future and after many objections, the politicians of the Netherlands agreed to construct the first of the many thousands of bicycle paths. 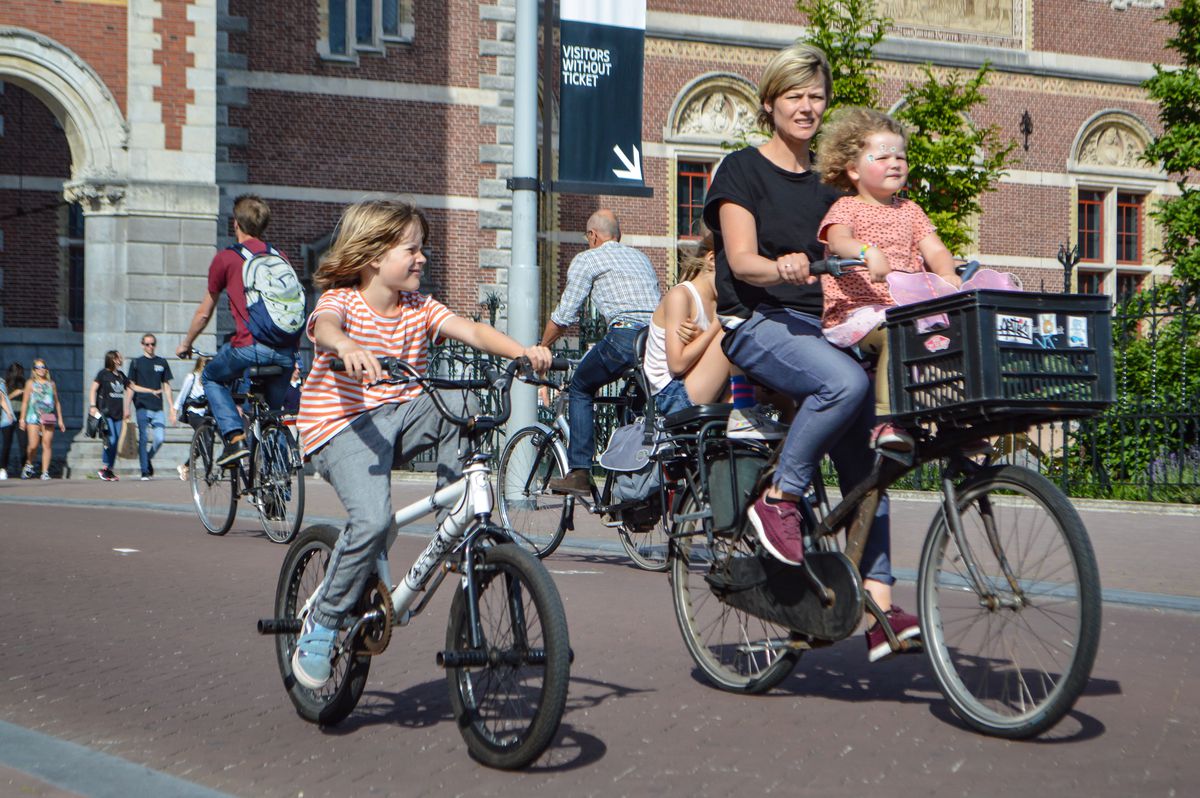 The Dutch not only ride their bicycles to work, sport, school, dinners, and night clubs they also have some pretty fancy bike skills. From pulling a suitcase behind them with a child on the back seat to lifting their front wheels and riding with their hands in their pockets — the Dutch have mastered the art of cycling. I even had a lecturer who used to read his book on the way to classes!

3. The Dutch have Fashioned their Bikes to Work as Cars. 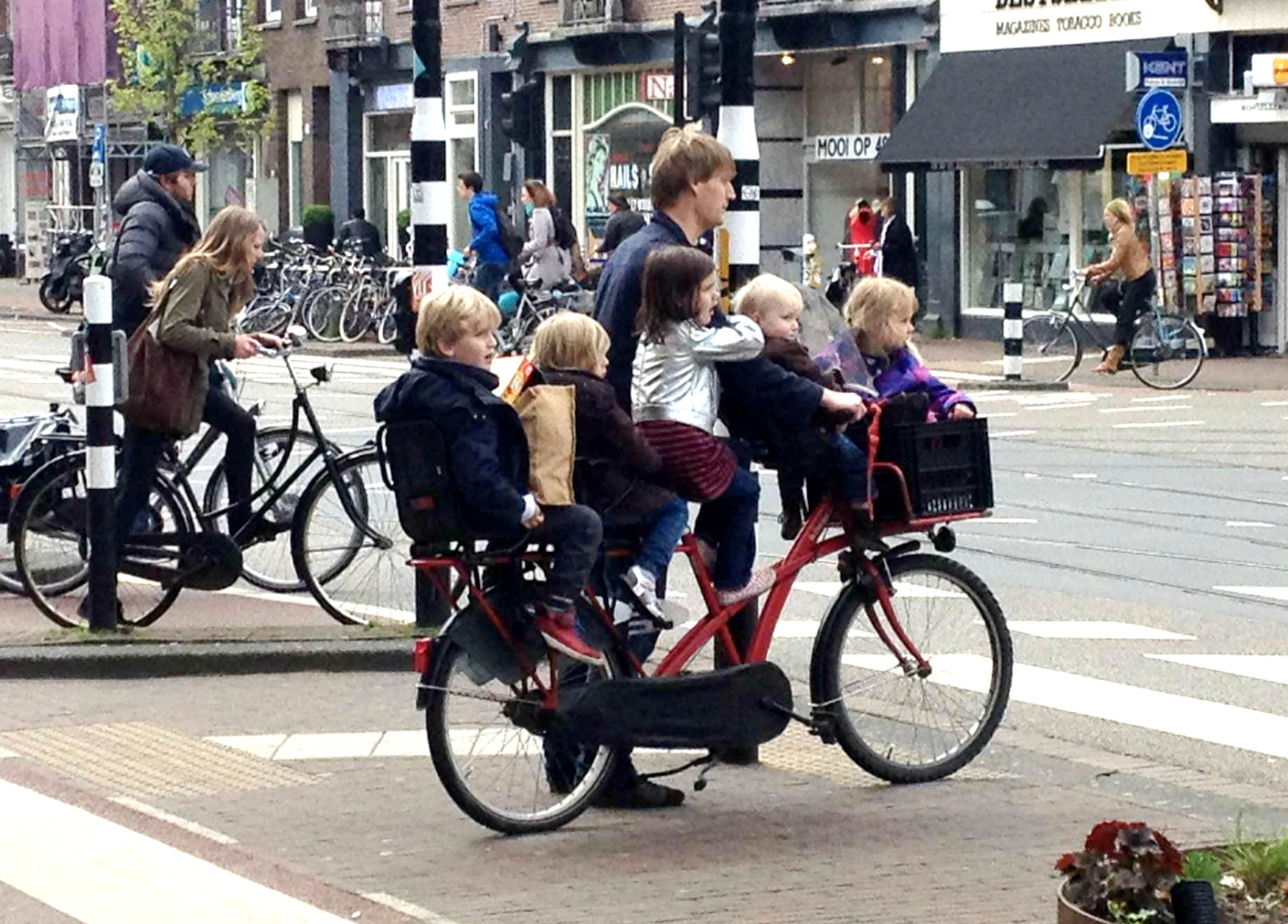 From a young age, children are put into crates or barrows attached to their parent’s bicycle, so that the child can sleep whilst the parent pedals. You see many variations of this where there are two children’s seats placed on a bike or a larger barrow is attached with a cover so several children can sit inside and stay dry in the rain.

4. Be aware — The Bicycles Rule the Road. 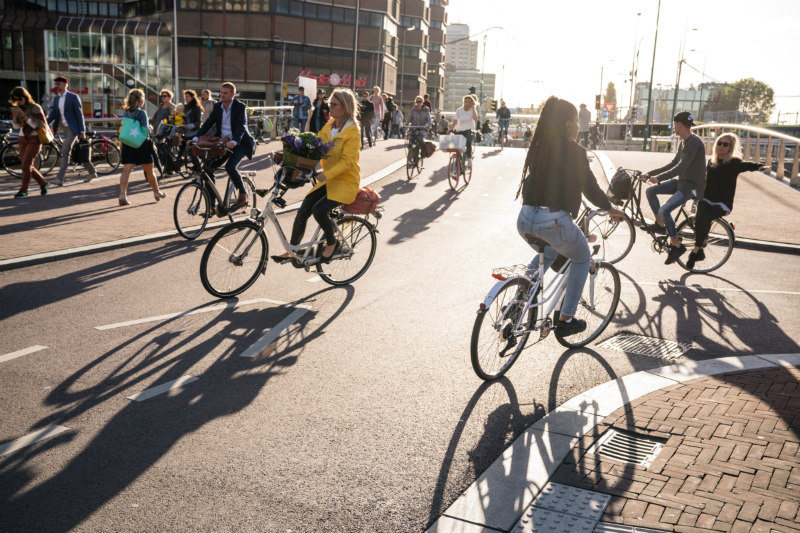 I have nearly been knocked over too many times to count and this is due to my own ignorance. There are three key road users in the Netherlands, often with a designated space on the road. There is space for cars, space for bicycles, and another space for pedestrians. It is not safe to walk on a bicycle path, the Dutch are fast riders, they will ding their bike bells at you as a friendly warning to kindly move off the cycle track. Take note of your surroundings and look before crossing any road or path. In the Netherlands, people leave their laptop on the train while they go to the bathroom or leave their front door unlocked whilst they run to the bins around the corner – nine times out of ten nothing will happen. But if you leave your bicycle outside, unattended, without a lock — it will be stolen. Understandably, bicycles are a hot commodity.

6. The Dutch are Rarely If Ever, Seen Wearing Helmets. 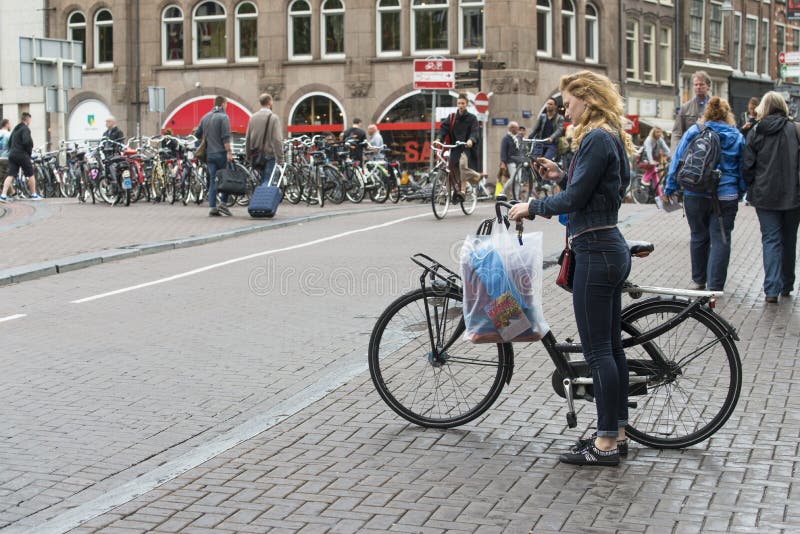 There is no law that forces the Dutch to wear helmets when cycling and this is because the Cyclists Union in the Netherlands concluded that a helmet for everyday life would prove to have a negative effect on the general health of the population. If you do happen upon someone wearing a helmet they are most likely a tourist or a professional cyclist. 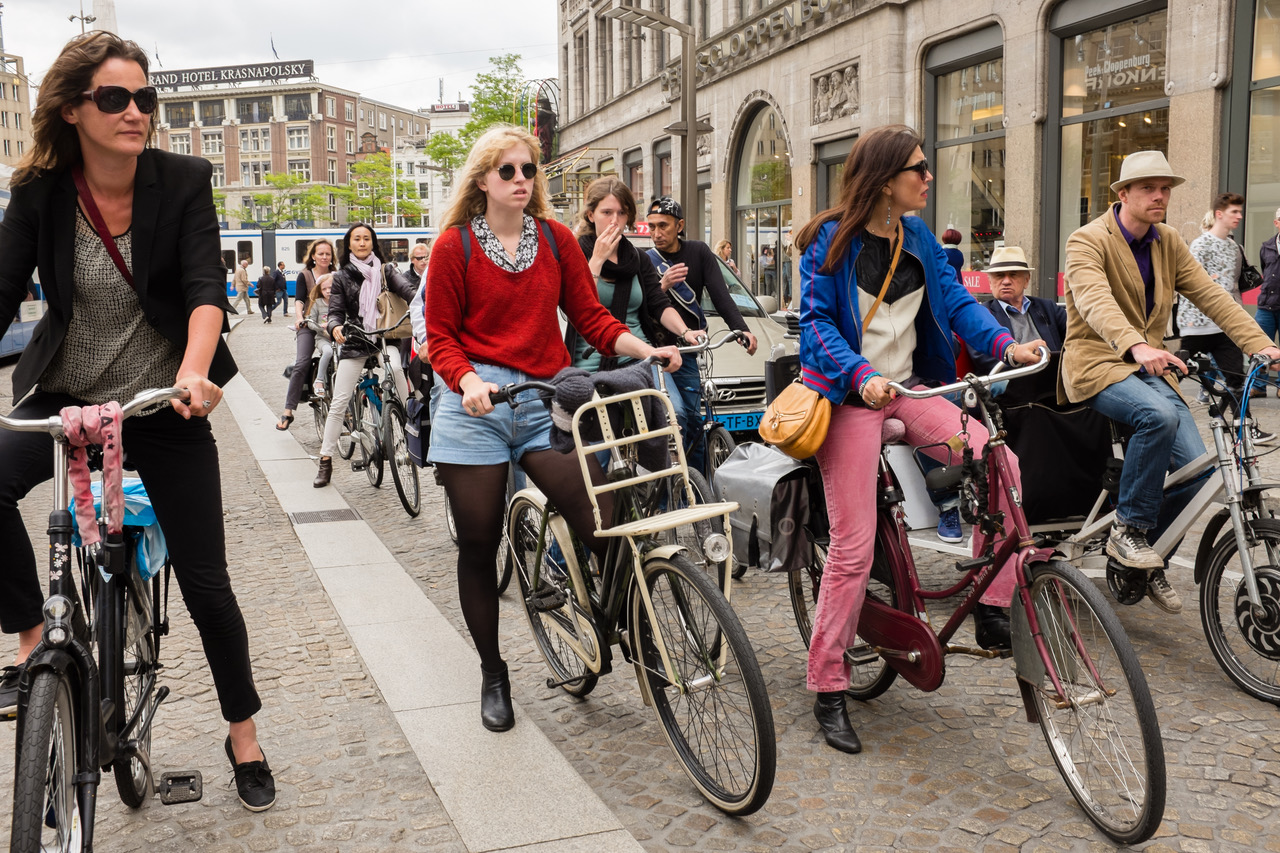 Riding a bike all over the city to classes, the shops, out to dinner, or to work is neither considered exercise nor a chore for the Dutch. Cycling is a mode of transport and the Dutch will often ride their bikes to the gym or to play sports and then ride home! I happen to find cycling to be exercise enough. 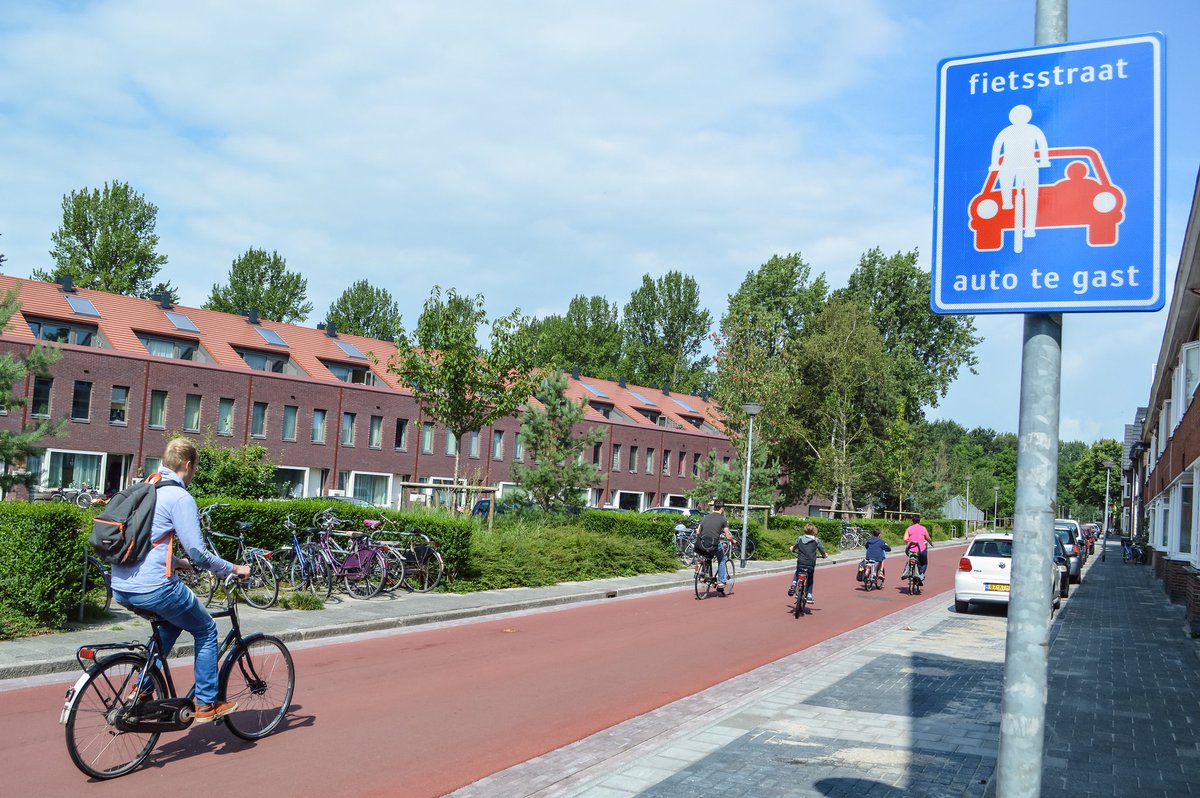 Inevitably there are accidents but Dutch law protects cyclists ensuring that the motorist’s insurance must cover at least 50% of the cyclist’s damages incurred from the accident, and 100% if the cyclist was not at fault. However, if the cyclist intentionally rode into a car then the blame falls to the cyclist and they must pay damages. In city centers, cars are often required to yield to cyclists, and Dutch drivers are taught to always expect a cyclist.

9. The Dutch are Pretty Tough.

The weather in the Netherlands can be erratic, cold, rainy, sunny, grey, and or snowing (all in one day); yet no matter what the temperature is the Dutch are out and about on their bicycles going about their days as usual. I often shudder at the rainy grey days while the Dutch smile and cycle their way through them.

A lot of noise is made about the Netherlands and cycling, whether you are here for a short or a long time I would encourage you to embrace the Dutch cycling culture. Not only is it great fun but it is also a fast track way to gaining a greater understanding of Dutch culture!