In Hawaii, there is perhaps only one food that is more ingrained in the island culture than pineapple – and that food is Spam. This quintessential canned ham product manufactured in Minnesota was introduced to the islands during the 1940s and has become a wildly popular staple food across the islands. If you’re curious how Spam became so popular in a location approximately 4,000 miles from its origins, read on to see how Spam quickly became one of Hawaii’s favorite foods. While you will most commonly see Spam Musubi and spam fried rice in Hawaii, there are infinite ways to use this canned meat – there is even an entire Spam cookbook dedicated to the culinary art of preparing Spam, “Hawaii’s Spam Cookbook,” written by Ann Kondo Corum.

2. It’s been around for decades. The canned meat was introduced to the islands to feed soldiers during World War II, and stayed long after the troops left. Because Hawaii is the most isolated population center on earth, residents must rely on a great deal of expensive, imported food – but not Spam. The staple food is compact, nonperishable, and relatively inexpensive, making it the perfect thing to keep in your pantry. 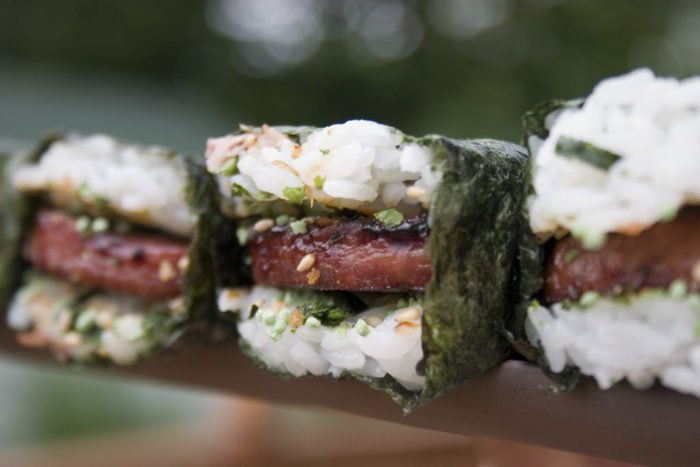 Spam musubi – A slice of Spam perched atop a block of rice and wrapped in seaweed – is perhaps the most popular Spam dish in Hawaii, and it’s available almost everywhere. Statistics show that Hawaii 7-Eleven stores go through approximately 70,000 Spam musubis each week.

5. Spam is cheaper than other meats. 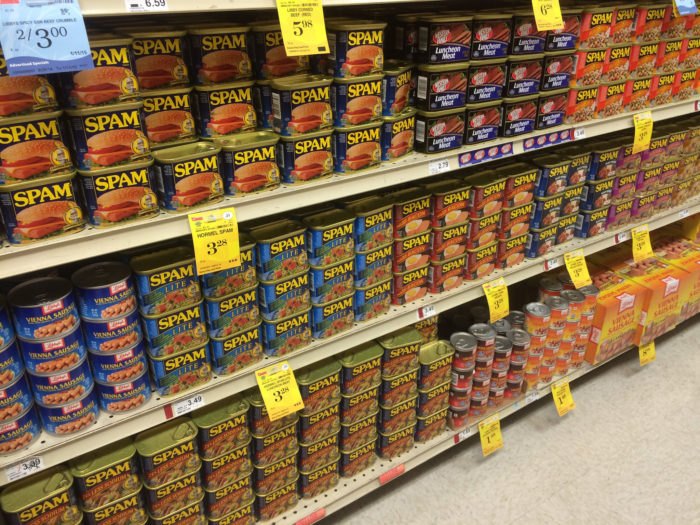 It’s much easier and cheaper to import shelf-stable meat than it is to import fresh meat or even livestock that could potentially be damaging to Hawaiian conservation efforts.

6. It has become part of Hawaiian culture. Why else would 25,000 people show up for the annual Waikiki Spam Jam, a crazy celebration of the canned meat that has been popular in Hawaii for so many decades? 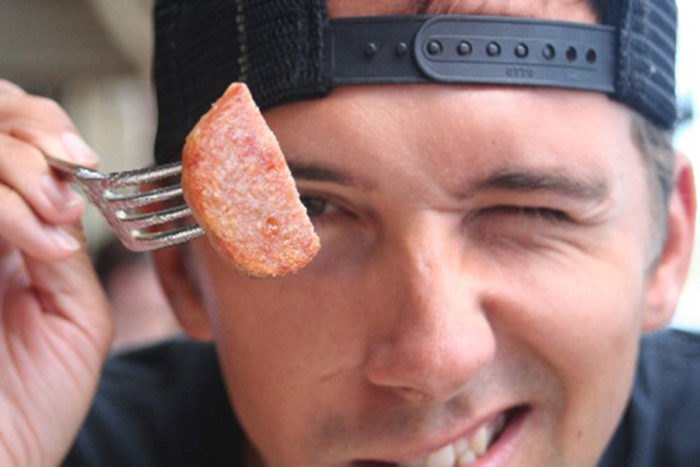 The nonperishable meat product is made from pork, water, sugar, salt, sodium nitrate, and potato starch, which means it doesn’t need to be cooked or refrigerated to be eaten safely.

8. Hormel has even created flavors specific to the Hawaiian Islands. Teriyaki and Portuguese sausage flavors were manufactured specifically for the Hawaiian market. The average Hawaii resident consumes more than five cans of Spam each year – which may not seem like a ton, but that’s more than any other American state.
How many cans of Spam do you eat each year? What is your favorite Spam dish?

Molokini history has been lively for several centuries!