A country of surprising history, and hidden secrets within it, Portugal might not be famous in recent decades.

However, a small country situated on the western coast of the Iberian Peninsula, Portugal is becoming the most visited country in Europe and a tourist attraction for an infinite number of reasons.

Talk about beaches, traditional cuisine, soccer, lively people, idyllic climate, affordable travel costs, and exceptional landscape it’s not only becoming a tourist spot. Rather a lot of people are thinking to move and settle into Portugal permanently.

From the landscapes you saw to the sights you view, the food you ate, to the waves you rode, Portugal is one of the finest places in Europe to visit and settled in.

Let’s have a look at a variety of other reasons for Portugal becoming extraordinarily popular from an underrated country in the European belt. 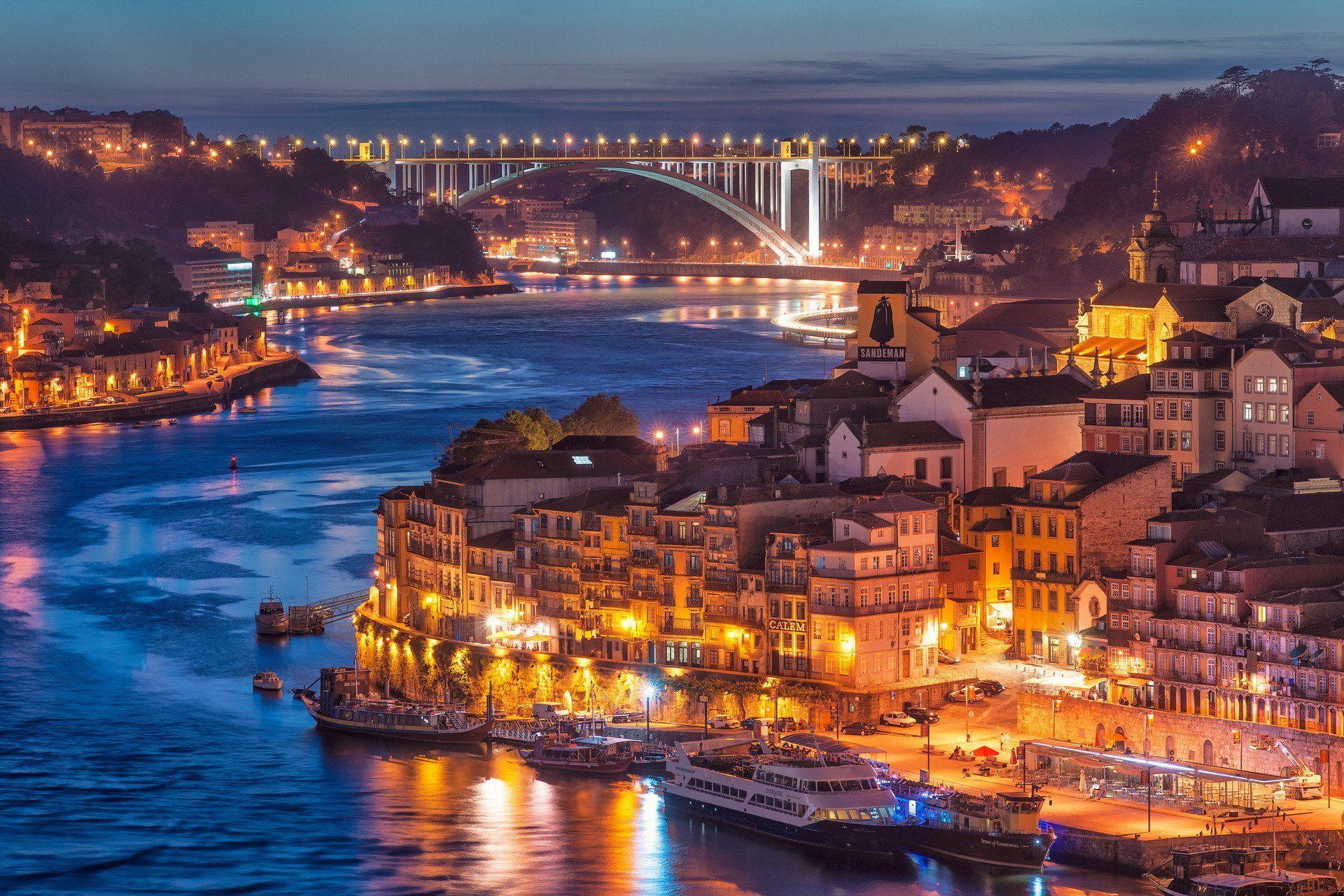 From the rocky and towery mountains in the north to the spectacular beaches in the south, Portugal is enriched with the places that usually don’t turn up on the maps but are there as a hidden secret for all the tourists to have a visit and explore the delightful beauty of nature.

Old fashioned charm with contemporary sophistication, Portugal is both classic and distinctly modern. It’s a paradox that attracts visitors from all across the globe.

The country’s iconic cities are where modern life buzzes with the ancient landscapes referring to the past.

From amazing scenes from the top of the mountains to the largest underwater world, Portugal is unique in every sense. 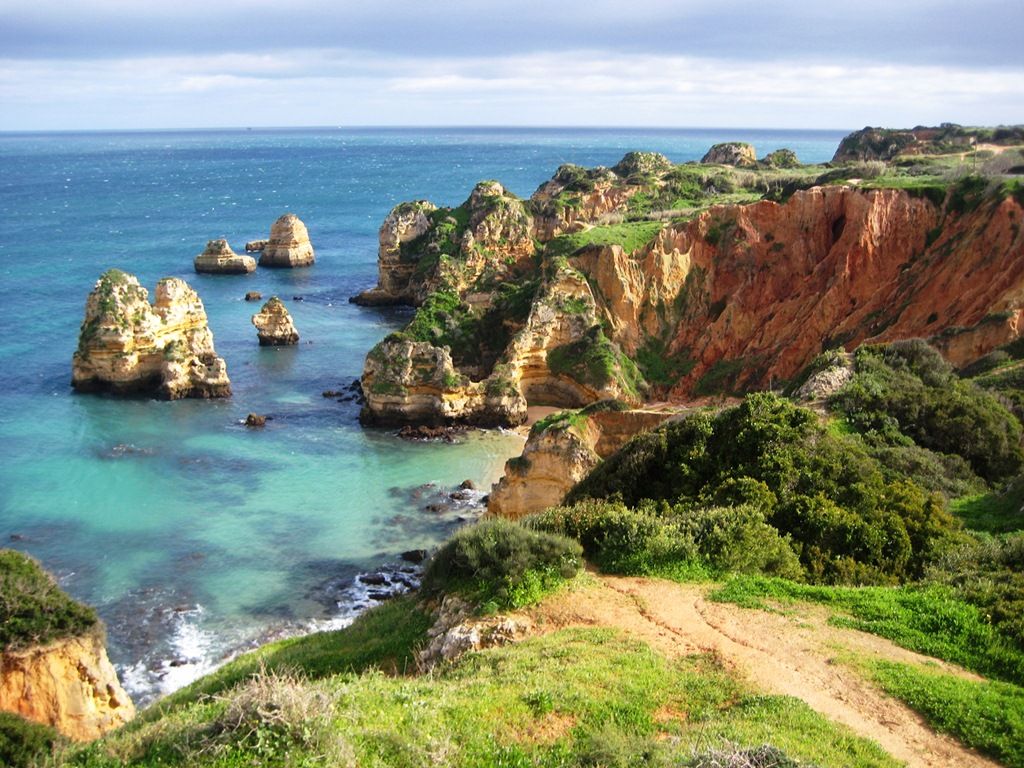 From the oldest bookstore of the world to Europe’s largest bridge, Portugal has a variety to offer to its visitors.

From hidden cities secret to the shores of the noisy water striking the surface will leave you in awe.

One of the major reason people chooses Portugal over any other European country is its uniform weather throughout the year.

Most of the EU countries experience extreme hot to extreme cold conditions. While on the other hand, cool sea breezes in summers and pleasant comparatively warm wet winters make Portugal a desirable place for all the expats and tourists to visit and settle in Portugal.

One of the prominent factors of Portugal’s popularity is its simple and delicious cuisines.

Be it seafood, meat, or vegetables, the food is relatively simply cooked following the basic ingredients rather than complicated sauces used in its neighboring countries like France, Italy, or Spain.

Moreover, Portugal is highly affordable when it comes to food.

One unique feature of Portuguese cuisines is seasoned food, i.e. they cook what is in according to the season.

One of the specialties of Portuguese food is potatoes cooked in a variety of ways. Pastéis de Nata is the signature Portuguese dessert, an egg tart pastry dusted with cinnamon.

Other famous Portugal cuisines include Bifana, Bacalhau, Squid, and Sardines.

As for drinks, Portugal is known to be the world’s biggest consumer of wine per capita.

Portugal’s most famous export is wine which is known to be the national drink also.

Moreover, the world’s oldest wine-producing regions and a candidate for UNESCO World Heritage Site is the Douro Valley is another popular feature for Portugal.

One of the reasons for Portugal’s popularity is its native Portuguese language which is known to be the official language of nine other countries.

Having 220 million native speakers of this language, it’s the sixth most spoken as a first language.

Every time we think about Portugal, the very first thing that comes to mind is Cristiano Ronaldo.

Yeah, he isn’t just a player of Portugal; rather he is a world-renowned legend.

Football might be the popular sport played in Portugal but Cristiano Ronaldo has become a brand associated with football representing Portugal all across the globe.

Even interested in soccer or not the whole world recognizes him.

Apart from him, Portugal is known to produce great players of all times in the Soccer field. Eusébio, Luis Figo, Paulo Sousa, and Paulo Futre are some of the greatest names in the history of Portugal soccer.

With such a growing and confident economy, Portugal is known to be the hub for all the business tycoons and investors from all across the globe.

Innovations, talented people, leading companies are building it a new country and a startup hub in the whole of Europe.

The combination of good infrastructure and a high-quality economy with massive technology as compared to other parts of Europe makes Portugal quite attractive for starting up the business and investing in here.

The strong capability of exports, a well-educated workforce and a low-cost base is an eye-opener for all the business starters to invest in Portugal. 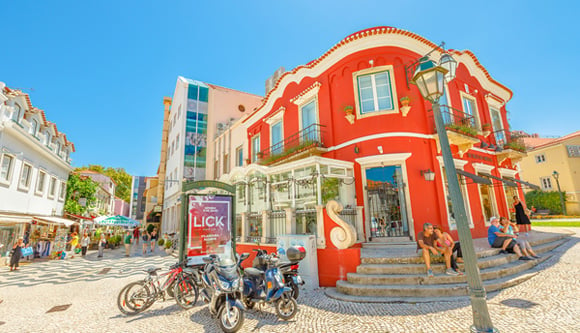 Living in Portugal is highly affordable as compared to other parts of Europe.

From food to the residence, fueling to healthcare, Portugal offers you the cheapest rates comparatively.

Moreover, Airfares are relatively low and stopovers are free for domestic as well as international flights.

Fado is known to be the soul of Portuguese music.

This specific genre was recognized and originated in Lisbon, the capital of Portugal, and is often played in Pubs, cafes, or restaurants, and other public areas presenting a soothing effect to the environment.

The Fado music contains the message of hope and the new beginning after going through the tough phase of life.

To wrap up, Portugal was nowhere in the past decades and a small country has a low population was highly underrated.

But in the recent past, it evolves as an ideal business hub for investors from all across the globe having a confident and growing economy.

Portugal is highly popular for its high-quality standards of living and affordable access to almost every facility as well as luxuries.

Nonetheless, the spectacular and mesmerizing landscapes and beauty add in a lot in increasing the popularity of Portugal.

The Best Spots For Photography in Lisbon, Portugal