Nyon, Switzerland, is a small town with a small population and still manages to host many interesting features. Located 25 kilometres (15 miles) northeast of Geneva’s city centre, it lies on the shores of Lake Leman and is the seat of the district of Nyon.

Over time, more tourists became attracted to what this place has to offer. It could be its history, with attractions dating back to the times of the Celtic Helvetians and the Romans, and from the Middle Ages. Could be the vineyards that surround Nyon, catching the attention of wine tasting enthusiasts who can enjoy the wines of La Côte and other regional specialities, like the local fish from the Lake Geneva, that together make a perfect complement. For the young, the biggest attraction could be the Paléo Festival, the second largest outdoor festival in Europe that Nyon hosts since 1976.

For all these reasons and more, Nyon is a town in Switzerland that you just can’t miss out on. Mark it on your travel map and maybe this list of features, dates and attractions will help you make your visit spectacular. One of the biggest music festivals in all of Europe. Millions of spectators come to Nyon every July to delight their ears with some of the most important rock bands and singers of the world. Paléo started as a small folk festival in 1976, and this year is coming to its 42nd edition. Each year, more than 250 concerts and shows are on offer to the 230 thousand members of the public who fill the Festival’s site, situated above the town of Nyon. So far, stars and bands like Jamiroquai, The Prodigy, Placebo, Garbage, Iggy Pop, Muse, Oasis, Beck, Manu Chao, The Cure, The Who, The Kooks, and many more, have participated in the event. This year, the lineup will be announced on the official website of the Paléo by the 28th of March, and the festival will take place from the 18th to 23rd of July 2017. The final show happening on Sunday 23rd, will include as every year, a firework show from the main stage.

Tickets for the 42nd Paléo Festival Nyon will be available from Wednesday April 5, 2017, at 12pm. The early bird tickets will be on sale until April 15, so hurry if you wish to get them cheaper. You can choose a one day pass to see your favorites or go all in with a 6 day pass to enjoy the complete festival. You don’t want to miss it.

2. Get to know the town – Little train through Nyon

Doesn’t matter if you are passing through, you just came for the festival or if you are really looking into getting to know the region, this is a smart and efficient way to do so quickly and comfortably. The train passes by the different interesting places of Nyon beginning with the roman Colonia Iulia Equestris until the Middle Age and the Renaissance. A great option for tired visitors of the Paleo Festival, people with difficulties walking and families with children. This is definitely a tour for hiking fans. Get in touch with the history of World War II walking by the Toblerone shaped fortifications that form a 10-kilometer (6 mi.) line from the foot of the Jura mountains down to Lake Geneva. The purpose of the blocks was to stop tank invasions. They lost their defensive goal and now work as a trail for a relaxing walk in nature, guided by the chocolate bar shaped blocks, commonly known as “Toblerone” for the similarity. Enjoy a day out in nature and you can complete it with a visit to the Prangins Castle at the end. Housing the local history museum, displays of historic and contemporary porcelain, as well as cells of the former prison. Visitors can enjoy for free the small historic courtyard as well as fantastic views of Lake Geneva, the French Alps, Mt Blanc in France, and even the Jet d’Eau water fountain in Geneva. Nyon castle was started in the 12th century, modified 400 years later and now houses the town’s Musée Historique et des Porcelaines and, in its old stone cellars, the Caveau des Vignerons where you can taste different Nyon wines by local producers. Children can enjoy the architecture of the castle and run their imagination wild.

5. If you go for one, go for two – Prangins Castle Just outside Nyon there is another castle to blow your mind. It is home to one part of the Swiss National Museum. The castle was built in the French style of the 1730s around a large courtyard that is also part of the museum today. In the century of enlightenment barons lived here. In this time, the owners of the castle had the mediaeval ditches filled in and created a magnificent landscaped garden. For a while, it was home to Voltaire and Joseph Bonaparte. Later, this seat of baronial power was turned into a boarding school. In 1975 the cantons of Vaud and Geneva donated Castle of Prangins to the Confederation, thereby realizing a long-held dream of establishing a location for the Swiss National Museumin western Switzerland. The restoration of the complex was a great success. Since 1998, Castle of Prangins has been the home of the Swiss National Museum in western Switzerland, hosting exhibitions and events devoted to the nation’s recent history.

6. A shock of history – Roman Museum and Basilica If you are interested in the history of Nyon, here you will learn everything about its Roman heritage. The mediaeval and modern town completely covers the remains of the Roman town, and its centre has remained on the same site since ancient times. If you walk by Nyon, you can tell the remains of Roman materials in buildings. The Museum also exhibits a collection of articles from those times that have been dug up. The Roman Museum was founded in 1860, when the archeological researches began. From the 1930s on, research was stepped up and great strides began to be made. In 1979, following the 1974 discovery of the Basilica in the Roman forum, a new museum was laid out below ground level to house the Roman collections. The Museum got extended in 1993 and the last renovation of the permanent exhibition was in 2009. Get to know the wonders of the Lake Geneva. The museum was founded in 1954, and was created for the many artifacts found in the lake, such as shipwrecks, models, and engines. It also contains aquariums with images of wildlife. A great option for families where kids can have a good time. 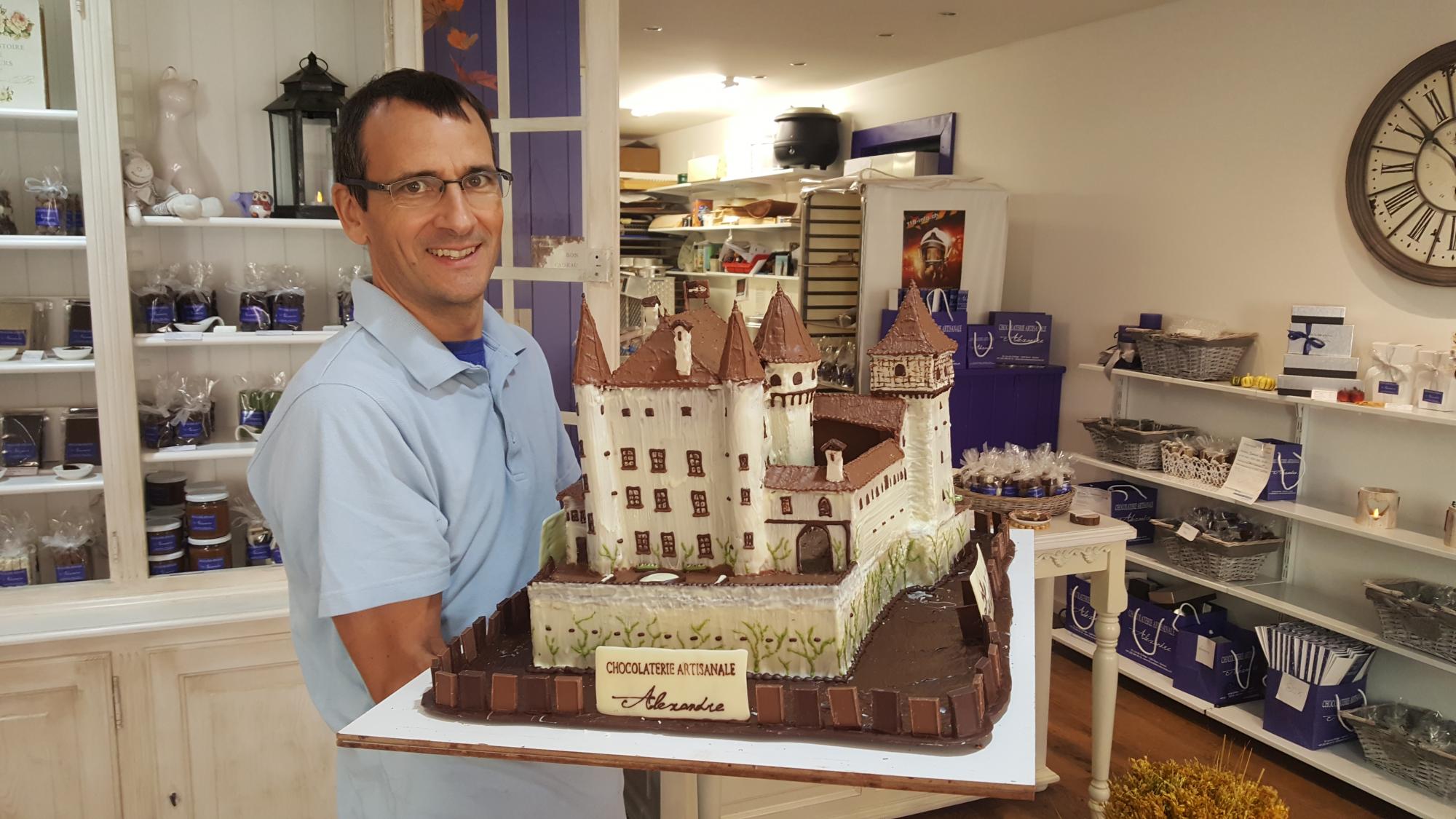 After a long day of walking and touring, you might want to relax, and what better way to do so than with a taste of the most prestige chocolate fabrics of Switzerland. Satisfy your sweet tooth with a taste of these chocolates. It’s a great option to shop for gifts to bring back home.

Do you need more reasons to get to know Nyon?

Maybe it’s not one of the most popular destinations in Switzerland, but now that you know all that it has to offer you’ll probably be looking forward to getting to know this ancient town. History around every corner and enough entertainment to keep you and your family busy all through your visit.

Myths and legends from Switzerland