Most people are probably unaware of the existence of Hawaii’s smallest inhabited island of Niihau. This island has a lot of unique features and is a special place travelers should consider visiting. Here are 8 interesting facts about Niihau to get you acquainted.

1) Niihau is the Smallest Inhabited Island in Hawaii 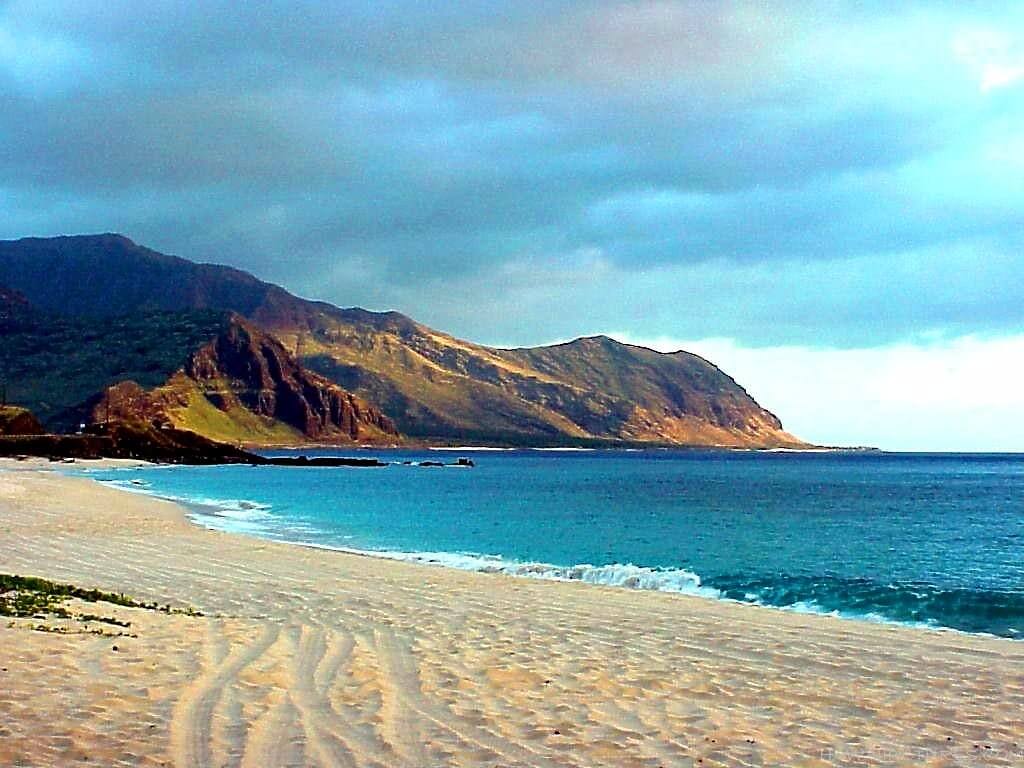 It lies about seventeen miles west of Kauai across the Kaulakahi Channel. This 4.9 million-year-old island is only about six miles across by nineteen miles long. On this seventy square mile chunk of land, there is one extinct volcano and several lakes and wetland habitats.

2) King Kamehameha IV Sold the Island Way Back in 1864 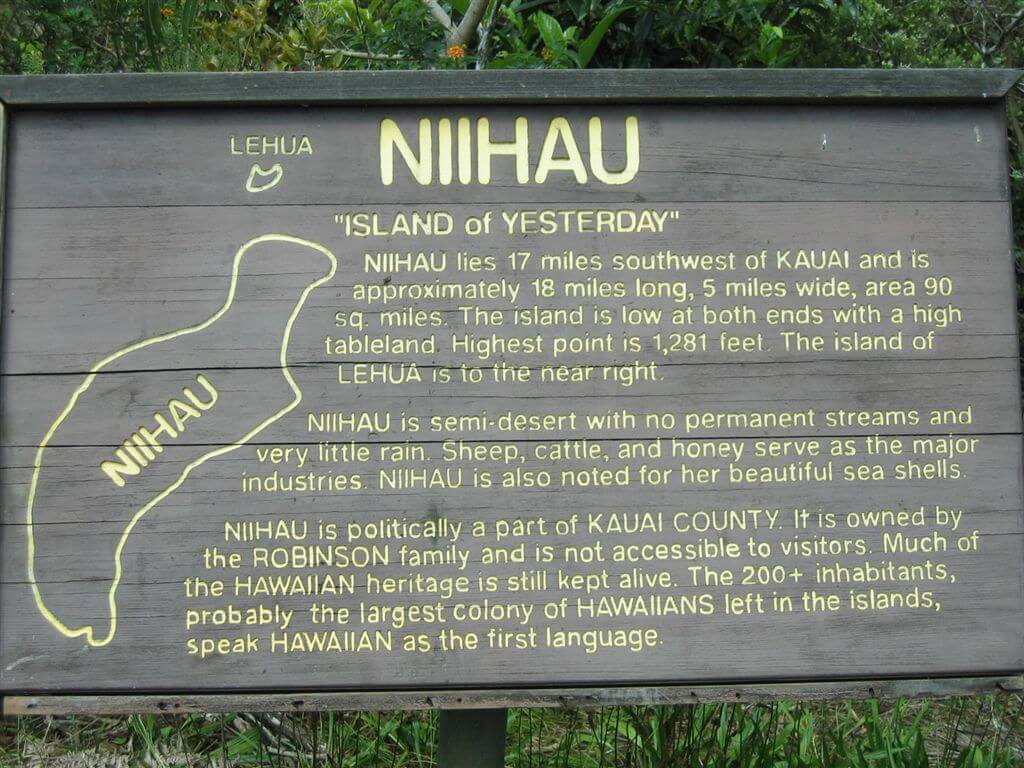 Purchased for $10,000 in gold by Elizabeth Sinclair, the island became privately owned. Sinclair had reportedly also considered purchasing Peal Harbor or Waikiki, but opted for Niihau when she saw it after particularly heavy rainfall had made it vibrant green. She thought the island would be a great location for a ranch, which isn’t necessarily true since, in general, Kauai steals most of the passing rain before it can reach this small island. And since the highest elevation of Niihau is only 1,280 feet, the island doesn’t catch much rainfall from trade winds either. In fact, as a whole, the island is relatively arid and often experiences long periods of drought.

3) After Sinclair Died, Ownership Was Passed to Her Descendants 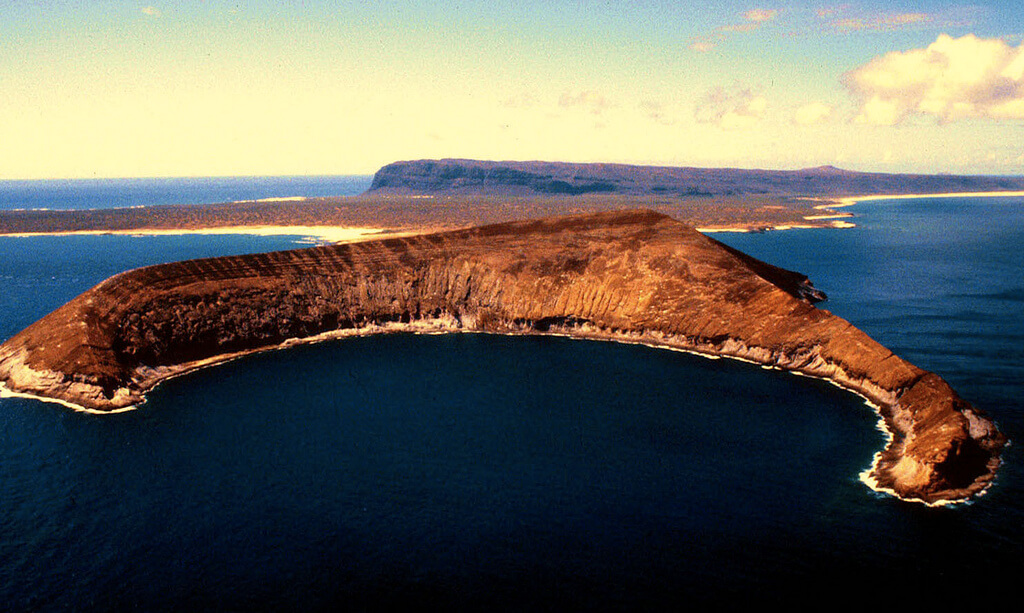 Because of its climate, Niihau was reported as being treeless as recently as 1778. The grandfather of current owners Bruce and Keith Robinson facilitated the planting of 10,000 trees in his lifetime. The current Robinson owners are also active conservationists who make great efforts to improve this island in any way they can. Keith Robinson specifically has preserved and documented important natural plant resources and designed critical habitats for endangered native species.

4) Niihau is a Safe Haven for Many Species of Animals 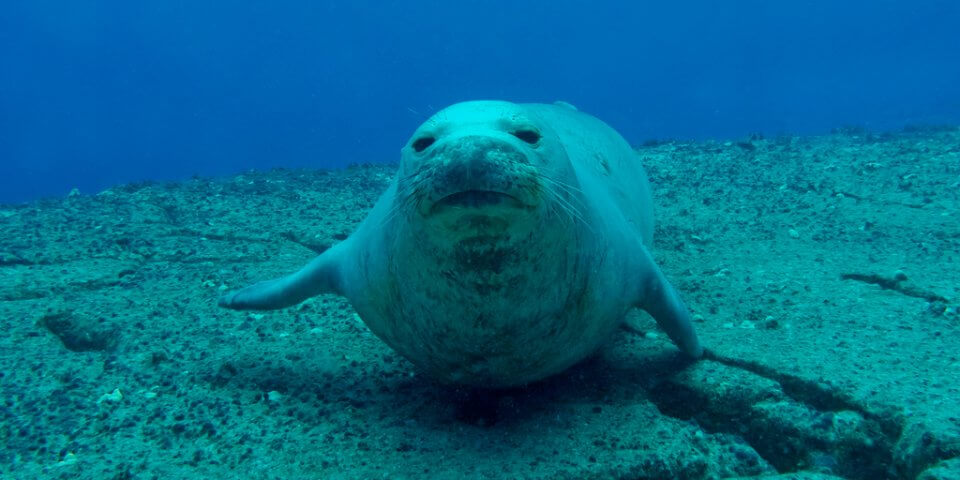 A number of bird species thrive on this island like the ‘alae ke’oke’o (Hawaiian coot) and the Koloa maoli (Hawaiian duck). Even more impressive than the birds who call this island home, though, are the number of Hawaiian monk seals to be found here. The shores of Niihau are one of the special locations where you can spot these endangered animals in fairly high numbers. Government refuges exist for these struggling seals in the Northwestern Hawaiian Islands, but it seems that many of them prefer the safe, secluded shores of Niihau. 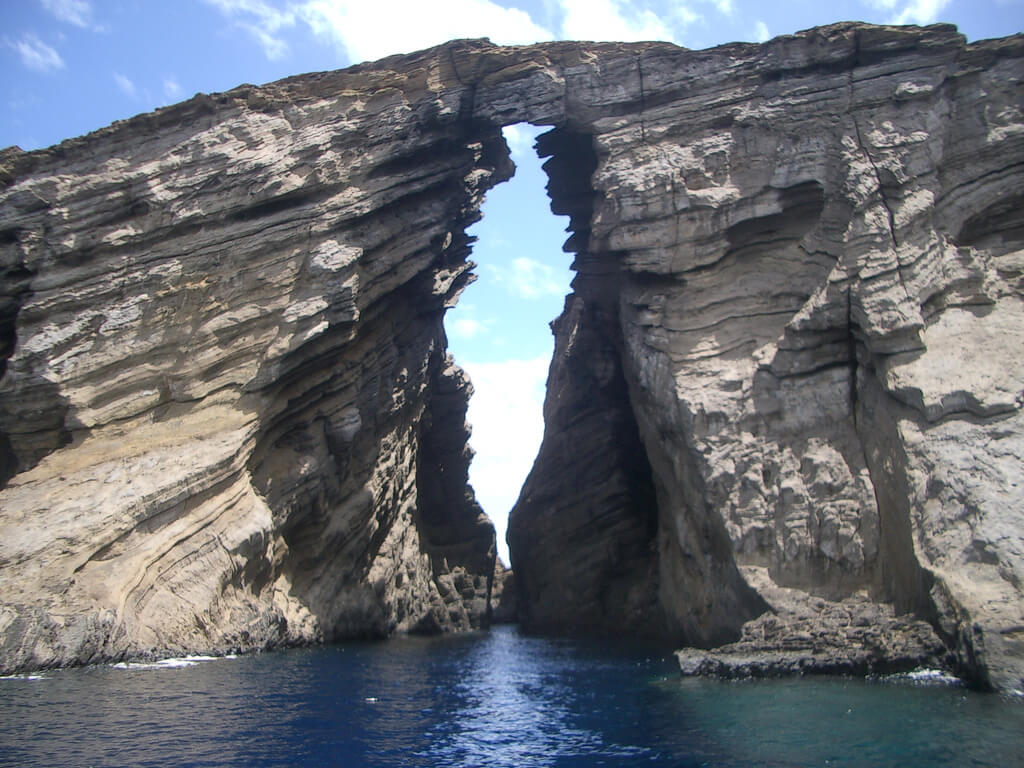 It might not be surprising that such a small island has only one major settlement, but even more astonishingly, the single village of Pu’uwai has only between 130-250 permanent residents. Nearly all of the people who live on this island are Native Hawaiians who exclusively speak the Hawaiian language.

You won’t find any hotels, restaurants, or welcome centers on this island. For that matter, you aren’t likely to find more than a handful of cars, any paved roads, power lines, or plumbing either. The residents of Pu’uwai enjoy life without the amenities of modern-day life that most of us can’t imagine life without. They make do without running water, and any integral electrical needs are met through the use of solar power. As a rule, the residents fish and care for their own gardens, which provide sustenance in addition to the free beef and mutton raised.

Before it’s closure in 1999, the majority of townspeople worked on the Robinson ranch. No one has to pay rent on the island. Additional groceries come to the island via barge, overseen by the Robinson family, who takes good care of the island’s residents. 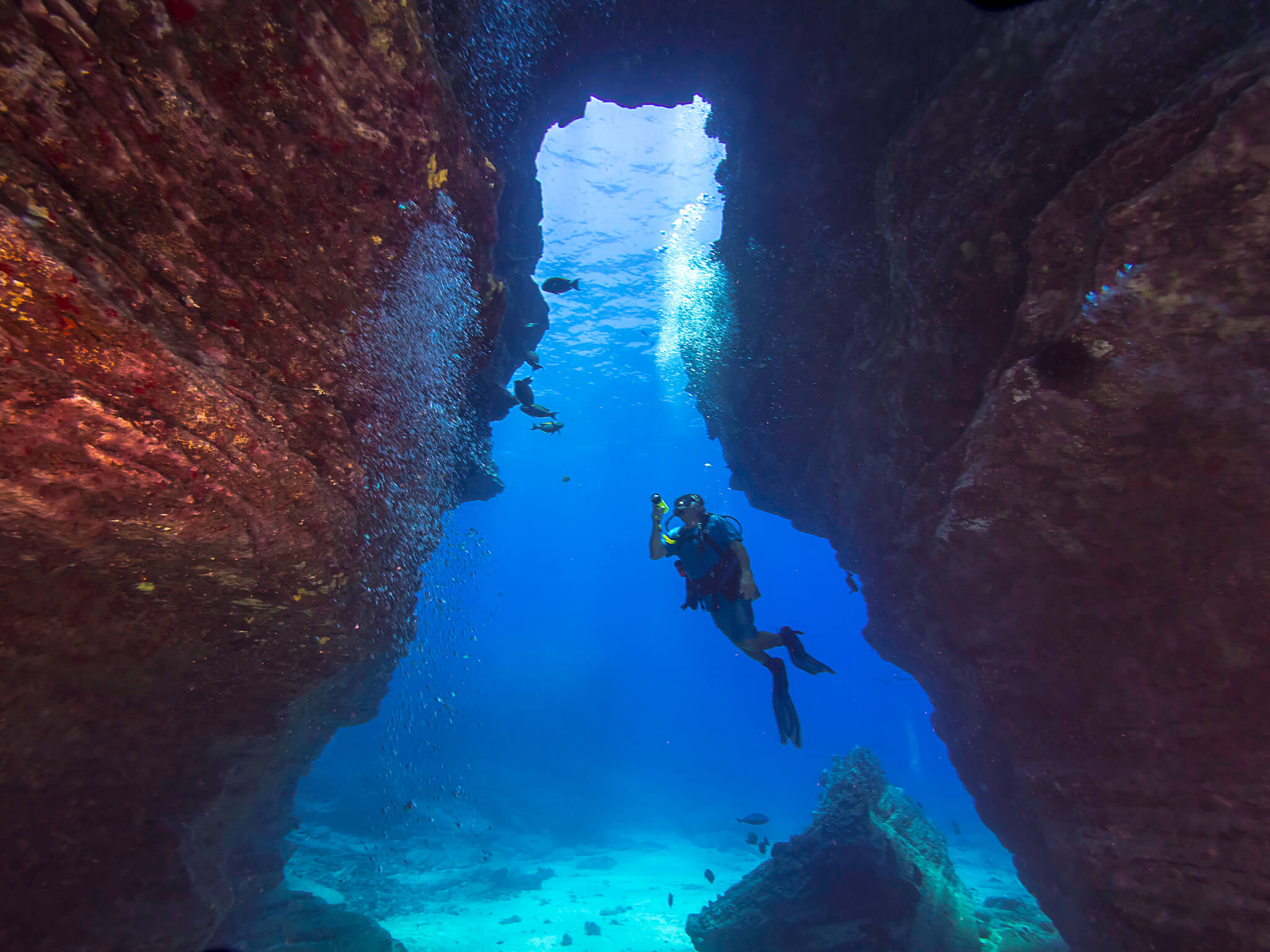 When the island was originally purchased, the contract stipulated that the new owners would preserve the precious Hawaiian cultures and traditions. It is clear that the Robinsons always keep the best interest of the islanders in mind. They maintain an Augusta A109 helicopter that can quickly transport people to Kaua’i in the case of an emergency. Or often simply to attend jobs or school on the larger island.

The economy of the island is fairly simplistic. It is designed to create enough revenue to provide for the inhabitants as well as preserve their privacy. 80% of the island’s income as a result of payment from the Navy for use of an installation where they test remote controlled tracking devices and missiles. 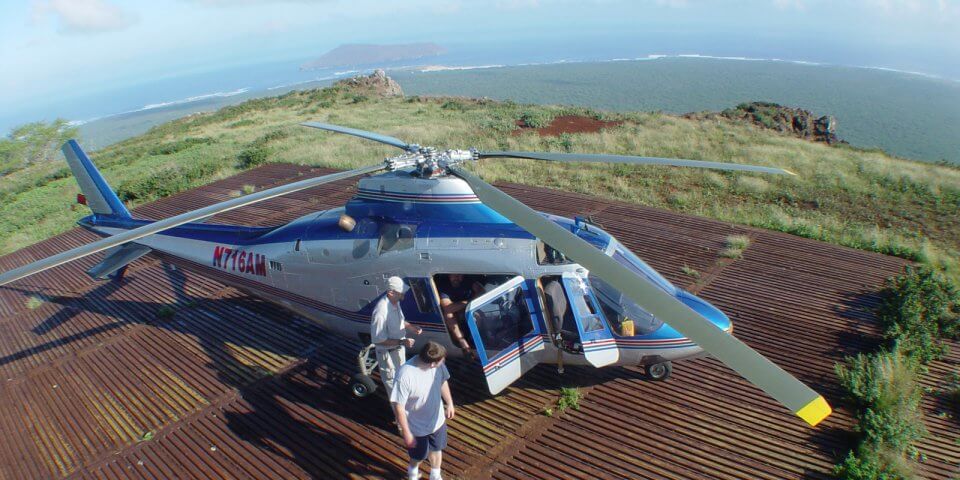 While the island is often nicknamed “The Forbidden Island,” a visit here is possible. But it comes with many rules and regulations. The same helicopter that serves the island residents also offers air tours of the island. These tours provide additional revenue. The most recent figures show one of these tours might set you back about $400-$500. And what’s more, don’t expect to be mingling with the islanders and staying in luxury accommodations. In fact, the tour only lasts half a day. And you only view the village of Pu’uwai from above, so as to preserve the privacy of the island’s residents.

Many tours are exclusively air tours; often setting foot on the island requires a coveted, personal invitation from the Robinsons themselves. But, if you find yourself the recipient of one, you can look forward to sinking ankle-deep into velvety Hawaiian sand. And then maybe even sharing the beach with an impressive monk seal, as one travel blogger recalled.

8) Pu’uwai is Known for their Signature Lei 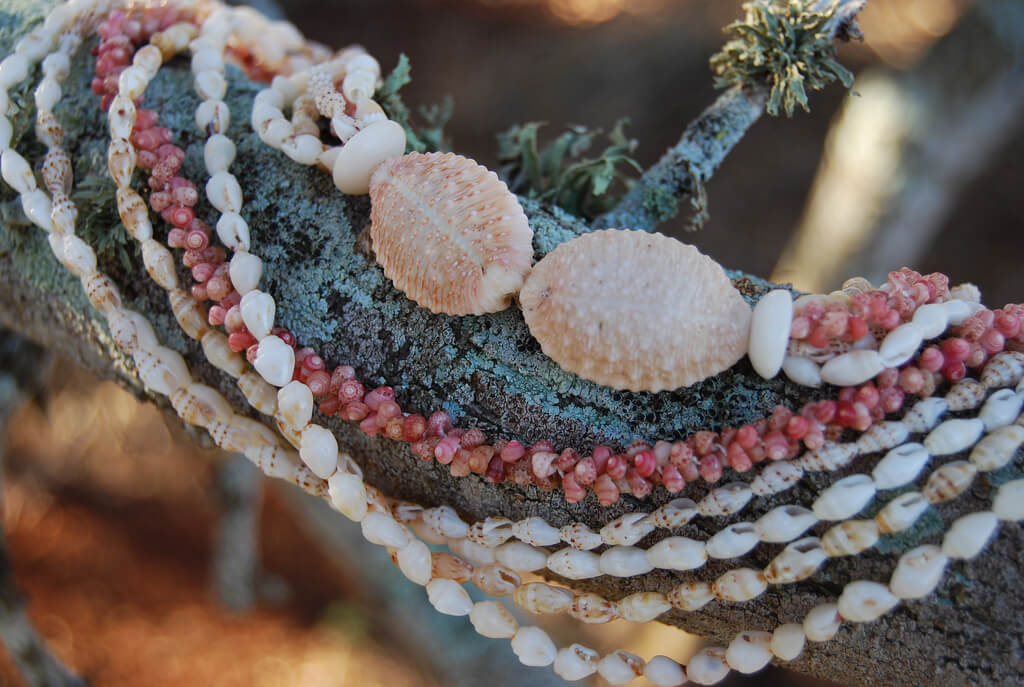 While the other Hawaiian island produces leis made of flowers, the dry climate of Niihau doesn’t lend itself well to growing the tropical flowers needed for a traditional lei. But, the shores of Niihau are a great place to find tiny, unique shells called pūpū. Three different species of these shells are used to produce beautiful leis. People are often willing to pay hundreds or thousands of dollars for them. The sales of this beautiful jewelry also contribute to the revenue that helps the residents of Pu’uwai maintain their tucked-away style of life.