Today’s Portuguese flag was established in 1911 but most of its symbols date back hundreds of years. Like other flags from around the world, Portugal’s has a story behind it and is the result of many proposals and revisions. Take a look at some of the facts and features about the Portuguese national flag (as well as a few extras).

The timeline dates one year after the end of a monarchy

The new, and current, flag design was proposed one year after the Portuguese Monarchy was overthrown and the Republic was established. The flag’s design shifted from a blue and white background to green and red, spotlighting the change of control within the country.

Green and red are the two colors that stand out on the flag, officially representing hope for the future and b.l.ood during the battle, respectively. The Portuguese Republic decided on the colors, giving these reasons, but speculation suggests that the government may have had underlying reasons that were never made public. 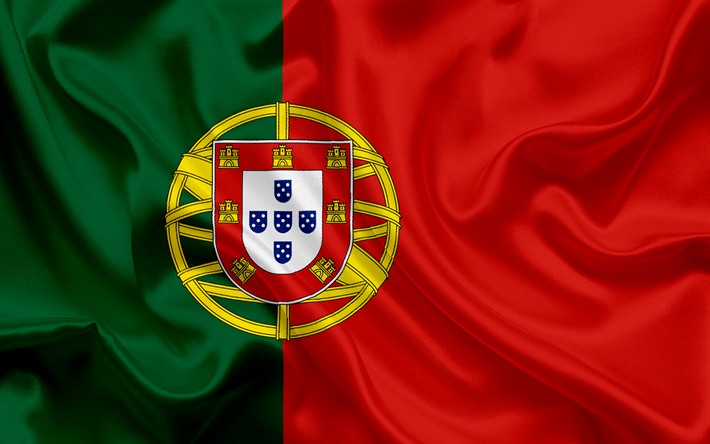 The flag reflects homage towards the Age of Discoveries

The yellow ribbon-like structure around the shields represents a navigational instrument known as an armillary sphere. Portuguese navigators used this tool in conjunction with knowledge of astrology to help navigate across the oceans. This symbol is used to represent the Age of Discoveries, a crucial period in Portugal’s history.

Each region and district have their own flag

Each district in continental Portugal, as well as the Azores and Madeira island, are represented with their own flags.

The national flag changed many times

The green and red background only became part of the national flag after the first Republic came into power. Before, it was dominated in a blue and white color scheme. At the beginning of the country’s history, the flag basically consisted of the coat of arms, and the number of yellow castles changed a few times. Other changes included the shape of the shield (alternating from rounded to pointed at the bottom) and a crown above the shield, which was later replaced with the armillary sphere.

It has more than one name

The flag has gone by the names Bandeira das Quinas (Flag of the Five Escutcheons) and Bandeira Verde-Rubra (Green-Red Flag), which is a mix of modern Portuguese and Latin (rubra is the Latin word for red, for which vermelho is the Portuguese equivalent).

The flag was designed by national artists

The three men who were commissioned with spearheading the flag’s design were a painter, journalist, and writer. Their names were Columbano Bordalo Pinheiro, João Chagas, and Abel Botelho.

10 Beautiful Villages to Visit in Portugal