In addition to hearty cuisine, rich history, and unique culture, Germany has tons of gorgeous lakes. From the Black Forest to the heart of Bavaria and beyond, Germany has a lot to be explored in the way of lakes whether you’re a history buff or nature lover. That’s why we put together this list of the most beautiful lakes in Germany that suit every type of traveller. Enjoy. 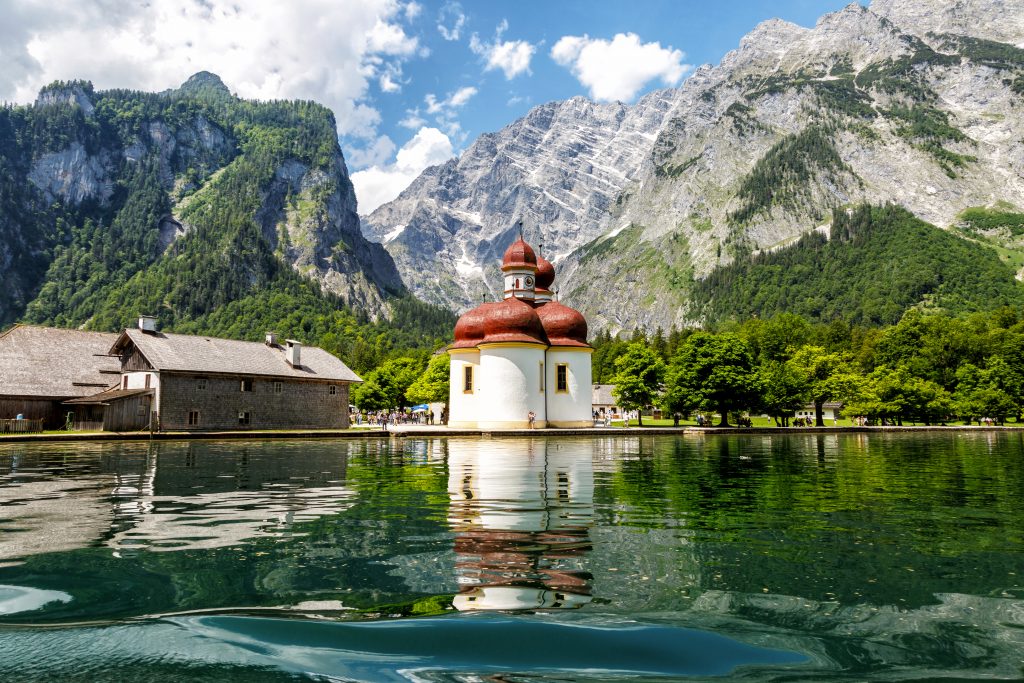 Sat in the heart of Bavaria in the Berchtesgadener Land, you’ll find one of Germany’s most beautiful lakes – Königssee. This gorgeous alpine lake framed by the Berchtesgaden Alps is not only one of the most stunning Germany, but it’s also one of the deepest and cleanest. If the natural beauty weren’t enough, Königssee is also famous for its St. Bartholomä Church, a Catholic pilgrimage church built in Eastern Orthodox style and dating to 1697. Chiemsee, often referred to as the Bavarian Sea thanks to its sheer size, is one of Germany’s most beautiful lakes. Sandwiched between Munich and Salzburg and fed by multiple rivers, Chiemsee comes in at a whopping 80 square kilometres. Its size isn’t the only thing it has gong for it, though. Chiemsee also boasts three distinct islands, Herreninsel, Frauenchiemsee and Krautinsel. Oh, and did we mention there’s the famous Herrenchiemsee Castle? 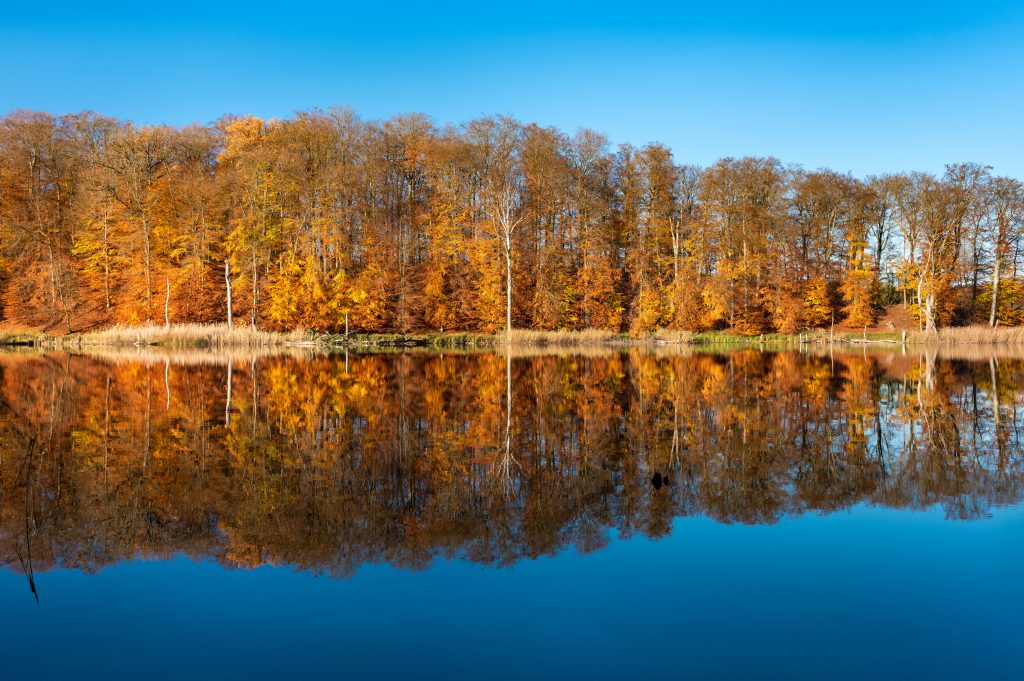 Formed as a result of the Ice Age, Lake Müritz is one of Germany’s oldest and most fascinating lakes. It’s also the second-largest and is connected to the magnificent Müritz National Park; a place that boasts one of the nation’s most unique rare bird populations. Thanks to its plethora of natural wonders, there’s no shortage of things to do for travellers whether you fancy exploring the towns of Müritz, Mirow, Ankershaken, and Sietow or want to hike the day away. 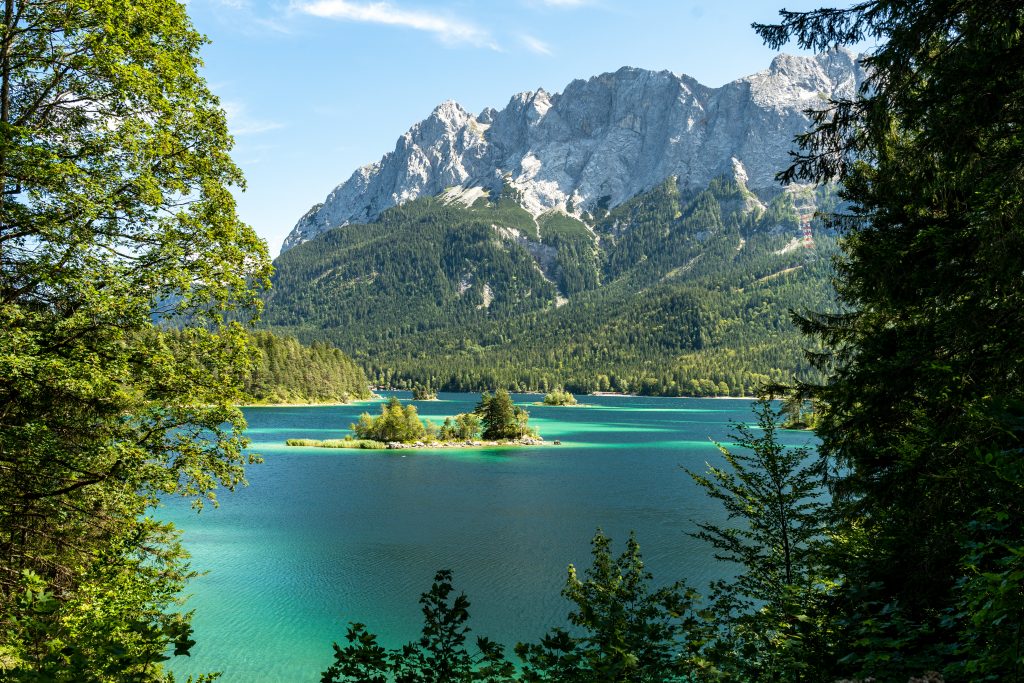 This dazzling emerald green lake is something straight out of a Bavarian fairytale. Surrounded by thick woods and hidden deep within the Bavarian Alps, Eibsee is truly in a league of her own. Not only that, Eibsee also boasts not 6, not 7, but 8 individual islands each more breathtaking than the last. One of the best parts about Eibsee is that it’s stunning year-round. So visit in the summer and kayak through the tranquil waters or visit in the winter when the entire lake is frozen solid. 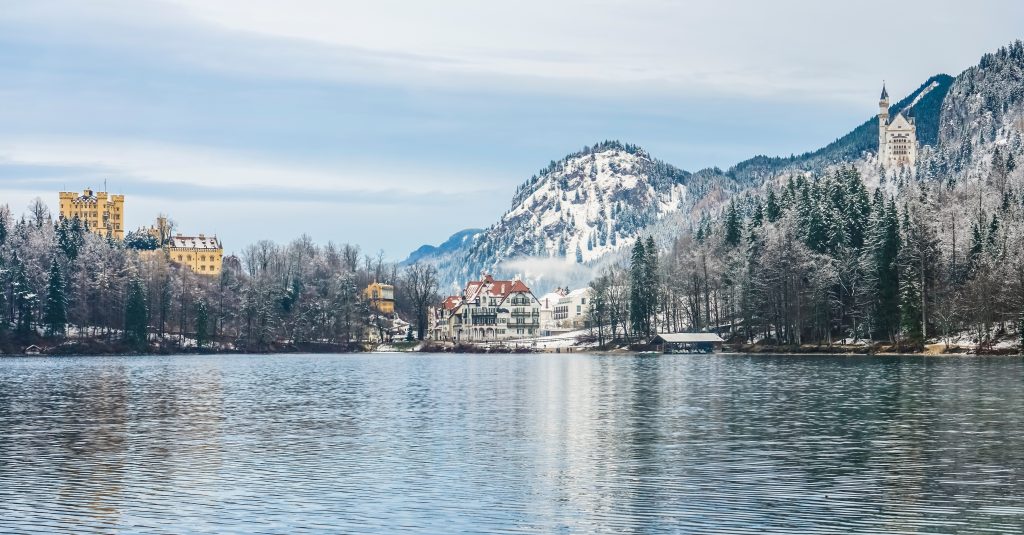 Alpsee is a place hard not to immediately fall head over heels for. Nestled right on the magical Romantic Road, Germany’s most important cultural and historical driving route, there’s lots to love about Alpsee. In addition to its geographical beauty, it’s dotted with some of Germany’s most important sites. Namely the famous Neuschwanstein and Hohenschwangau castles. Head about 50 miles south of Munich deep into the Bavarian countryside, and you’ll happen on one of Germany’s largest and deepest Alpine lakes, Walchensee. While it’s much lesser known than others on this list, it’s just as beautiful and truly is one of Germany’s hidden natural wonders. It’s also surrounded by countless hiking trails that provide sweeping views over its tranquil, arctic blue waters. 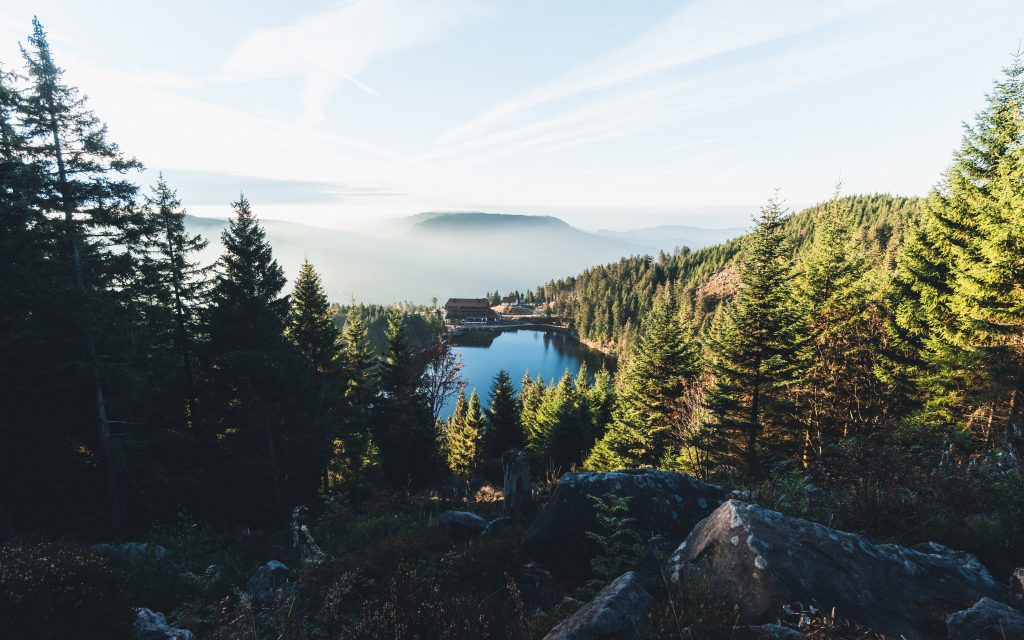 Nestled in the heart of the Black Forest Hochstrasse at an altitude of 1,036 meters, you’ll find Mummelsee. This mysterious lake is known for its ancient legends and myths about water spirits and a certain King of the Mummelsee hiding beneath its waters. Lore or not, Mummelsee is one of Germany’s most beautiful lakes whether you’re looking for some r&r or want an epic outdoor adventure.

10 Things Germany Is Famous for