Switzerland is a prime destination for nature-tripping, outdoor adventures, dining, shopping, and loads of culture. But as a country built among one of the world’s most recognized mountains, valleys, lakes, and waterfalls, a drive through the various cantons of Switzerland is an experience to be had.

Take an excursion through some of Switzerland’s most epic roads and enjoy endless views of the best nature can offer. Make sure you wear the proper clothes as well. There will be many spots where you will absolutely have to step out of the car and just bask in the beautiful landscape around you.

Set down your skis, strap yourself in, and get ready for the best drive of your life.

The Furka Pass begins from Gletsch to Andermatt on Route 19 in the mountains. It heads for 20 miles northeast along the German-Italian language barrier where you can marvel at views of glaciers, craggy mountaintops, and scenic forested areas. This route definitely leaves a strong impression, which has earned its claim to fame as a prominent location for the James Bond Goldfinger movie. This dramatic road rises 2,429 meters above sea level. On your drive, you might even catch the train that travels the Furka Pass chugging along through the mountains for a quintessentially Swiss snapshot.

If you’re up for an extended adventure, you can take a short detour towards the Rhone Glacier on the Valaisian side of the pass. You can book a tour to walk the glacier and view the grotto carved anew every year. Otherwise, you can take in the beautiful views through the pass on an hour-and-a-half-long drive. 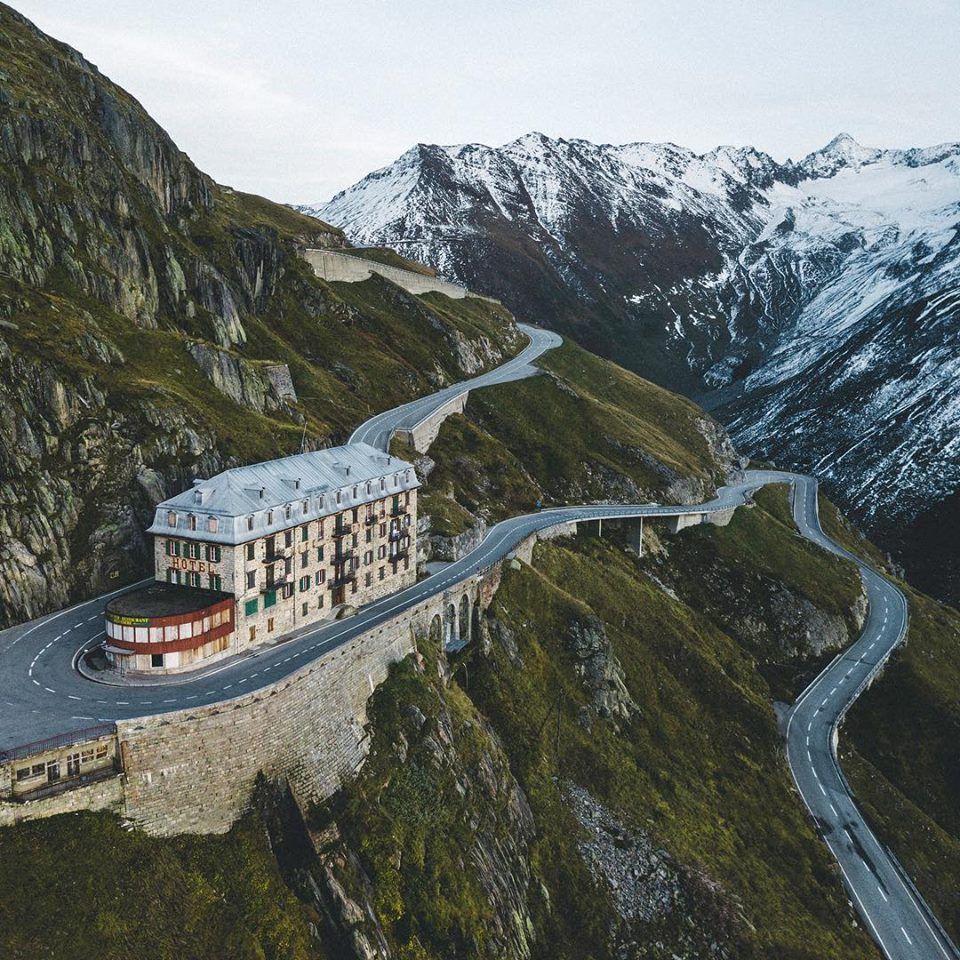 Connected to the Furka Pass is the Grimsel Pass, another crazy and winding road with views of rocks, mountains, and lakes. It’s located in the upper Rhone Valley. The road is mainly used to help drivers manage the steep, winding mountainside. The result is a route filled with sharp twists, turns, uphills, and downhills befitting of a blockbuster movie.

It crosses the Bernese Alps at 2,164 meters above sea level and runs for 38 kilometers. The pass is a pretty active one. It’s part of the Aare Route, following the river from the small glacier lake on the Grimselpass until it joins the Rhine. It has also been used by the Tour de Suisse. Complete the loop from Furka Pass and Grimsel Pass and take the route towards the Gotthard Pass. This pass stretches for around 65 km between Andermatt and Biasca. It’s been around since the 1300s but only became drivable all year round in the 1980s when the Gotthard Road Tunnel was built (so you can use the tunnel, but not the pass in winter).

A popular attraction on this route is the Devil’s Bridge that spans the Schöllenen Gorge. It’s actually two bridges side by side where one is old and dilapidated while the other one is in use for travel. The stunningly beautiful landscape along the pass attracts hundreds of tourists making the drive or aboard the many buses that take the route. Summer months can actually see a build-up of traffic, but you can enjoy a leisurely drive for the most part.

Tip: Just be aware that the Gotthard Tunnel and Pass are the fastest and easiest ways from the North of Switzerland to the often more sunny South. It is also one of the main connections to Italy for Northern Europeans. So, in summer, just be aware there are often huge traffic jams that will not only block the tunnel for hours but also the pass.

My alternative in this case, which I just used last week, is the San Bernadino Pass, which is about 30 minutes longer. 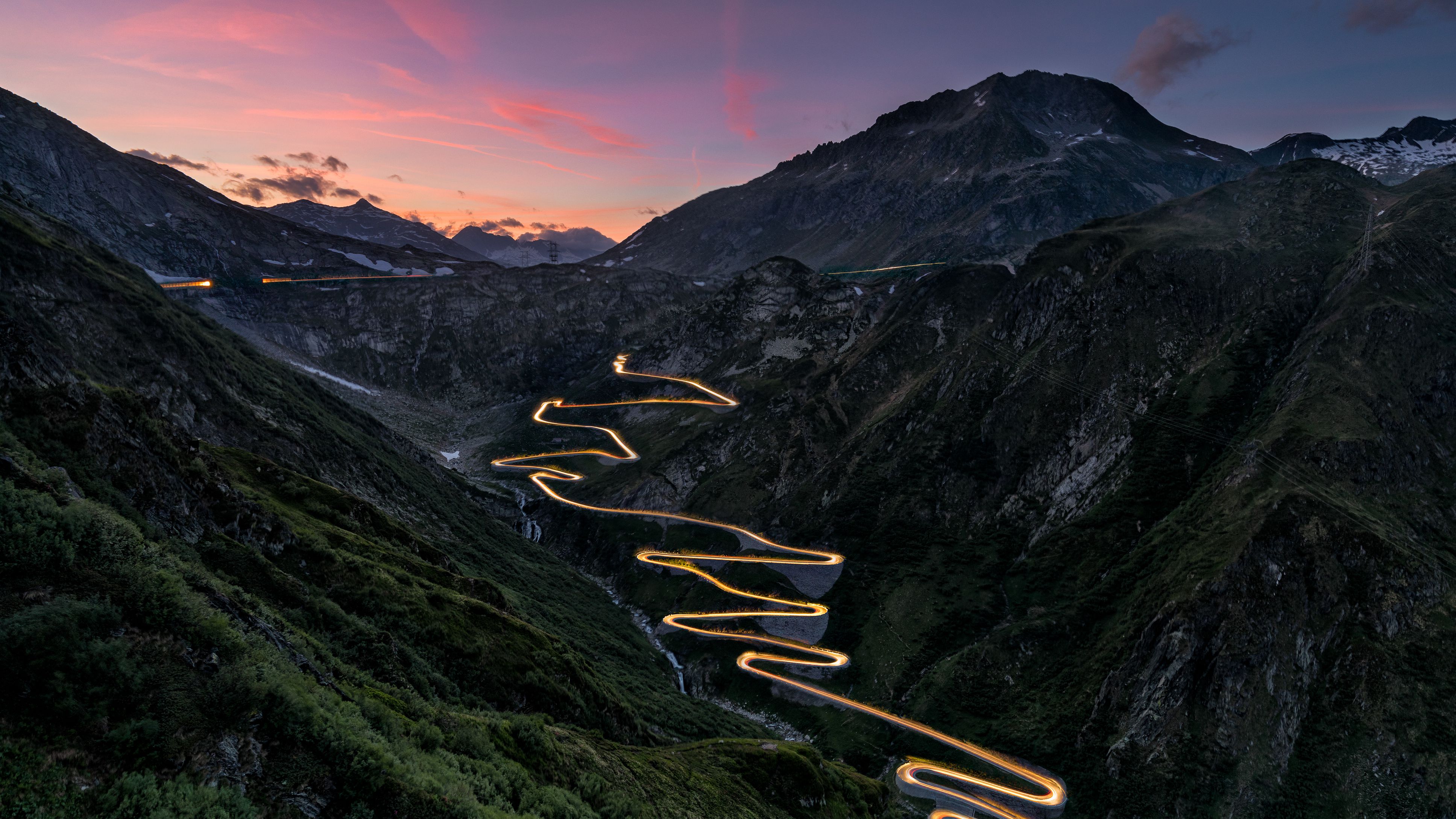 At 2,469 meters, the Great St. Bernard Pass is one of the most popular passes in the Alps. Its elevation commands majestic views of Swiss topography. The best approach is on the E27 near Zurich all the way to the city of Milan in Italy. Aside from its touristic allure, the Great St. Bernard Pass has also been used as a commercial trade route since the peak of the Roman Empire in Switzerland. This route was also once traveled by Napoleon Bonaparte and his army on their march toward Italy in 1800.

Another attraction on this route is the Great St. Bernard Hospice, long-established before Bonaparte’s march. The hospice was first mentioned in history as early as 812 and was maintained by monks in the 17th century. During this period, the monks bred and trained dogs to be given as gifts to travelers and villagers. This is said to be the history of the now popular breed, the St. Bernard, and was mainly used to guard the hospice. 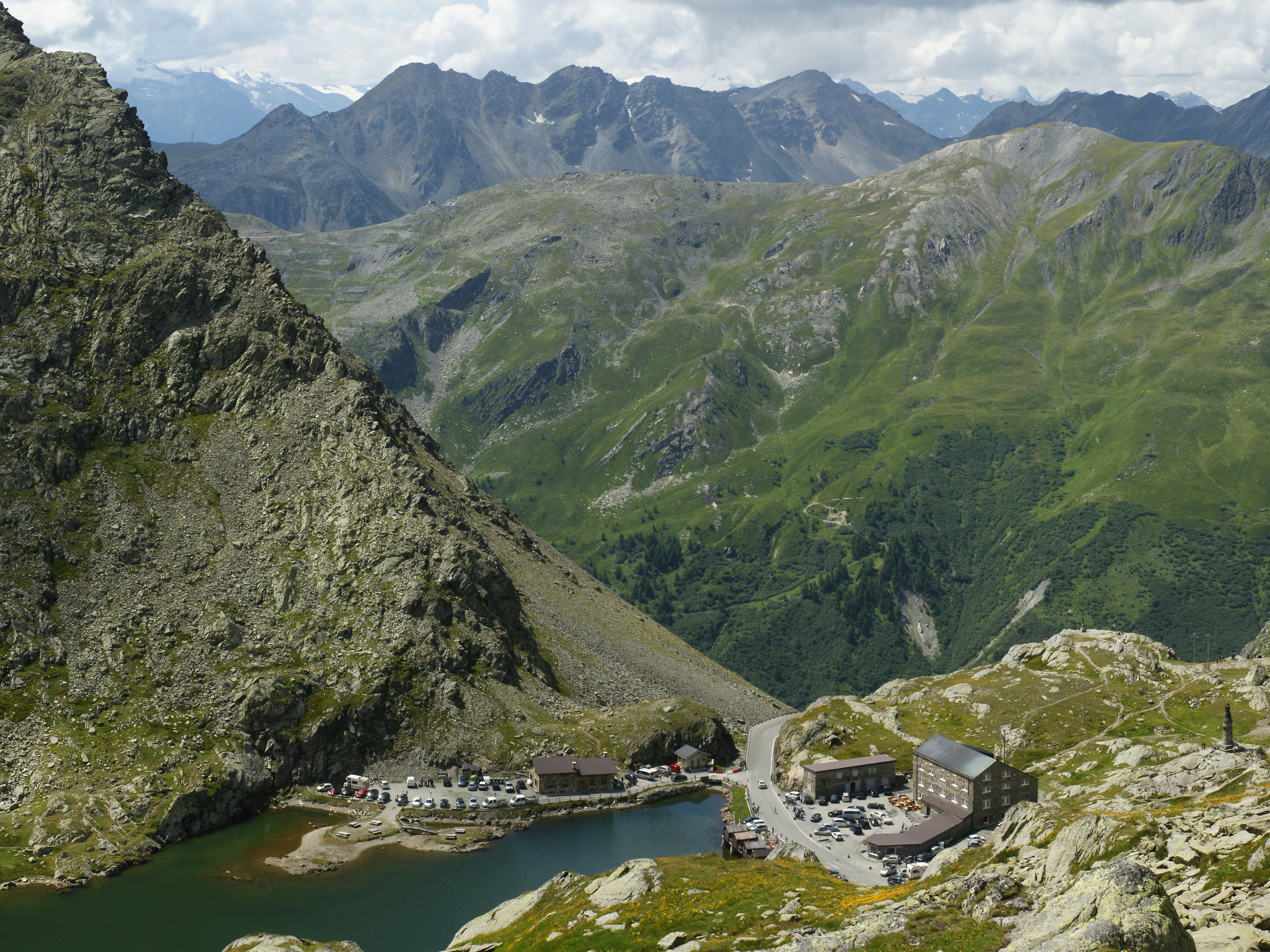 The Simplon Pass connects Brig in the canton of Valais with Domodossola in Italy at an elevation of 2,005 meters. It’s nestled between the Pennine Alps and Lepontine Alps and gained international acclaim during the Napoleonic occupation. The pass was constructed between 1801 and 1805 to transport artillery between the Rhône valley and Italy. Today, it’s a commercial pass used by every form of vehicle, especially with the constructionof the Simplon Tunnel to carry rail traffic that connects Switzerland and Italy.

While it still has the characteristic twisting roads of Alpine passes, it’s a less harrowing drive because it follows the mountain contour rather than cut through it. The views are quite unique as it mixes snow-capped mountains in Switzerland and tree-lined valleys of Italy. There are several landmarks along the way as well, such as the Ganter Bridge that spans the Ganter Valley. It’s also possible to make a pitstop at the Simplon Hospice, a Swiss heritage site of national importance founded in the 19th century. 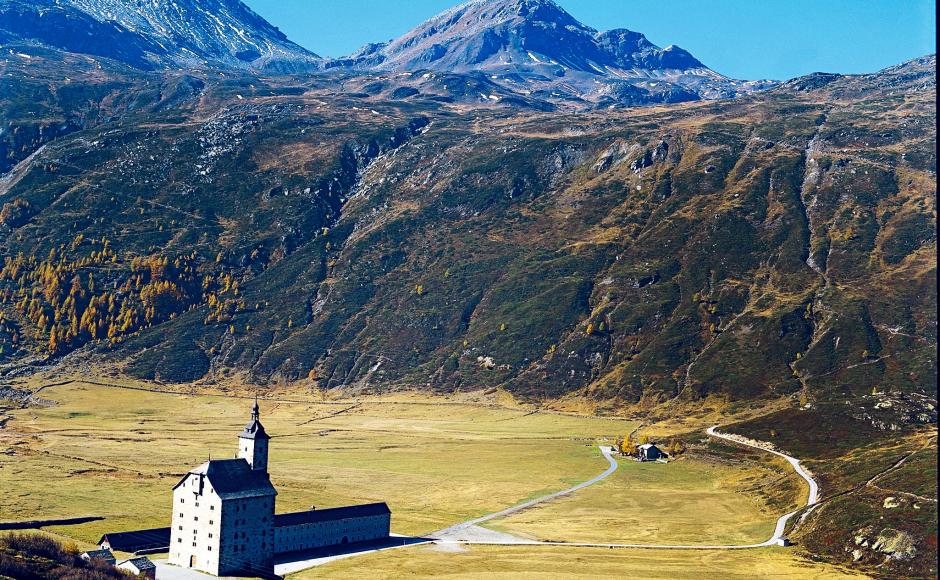 Whether by road or by rail, the Bernina Pass is popular for its breathtaking views. It’s been in existence since the Middle Ages, connecting the famous resort town St. Moritz in the Engadin Valley and the Val Poschiavo, an Italian-speaking part of southern Switzerland. It is also just around the corner from Switzerland’s only national park.

At an elevation of 2,328 meters, the Bernina Pass is a treacherous drive with winding and steep roads. While thrilling to many drivers, traversing through ice and snow can be very dangerous, which can still happen even during the summer. The pass is usually closed from mid-Autumn to mid-Spring. It’s approximately 54 km long and can take over two hours to complete. Along the way are windswept terrain and lakes, including Lago Bianco or “White Lake”. 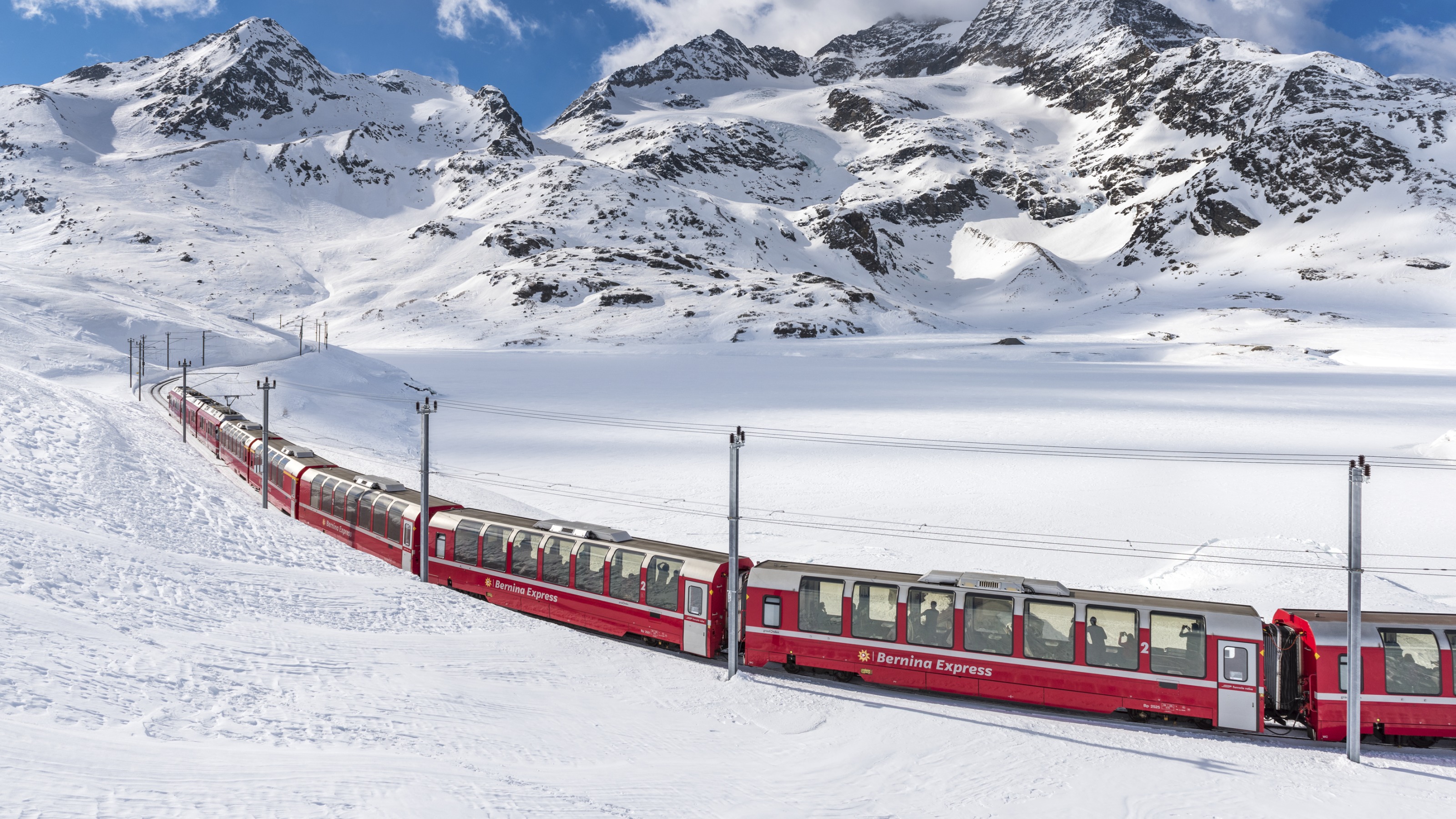 It’s not the most famous route, but the Susten Pass deserves to be on this list. If you’re looking for the ultimate drive, this will be your best bet. It has a variety of road styles, from sweeping valley roads with uninterrupted views to hairpin turns at the summit at 2,224 meters, to the downhill run through forests and across stone bridges. The Susten Pass was opened in 1945 primarily for vehicular traffic. It connects the Russ Valley at the foot of the Gotthard Mountain to the Hasli Valley in the Bernese Oberland. It also links the village of Wassen in Canton Uri with Innertkirchen in Canton Bern. Along the way, there several pitstops for outstanding photo sessions. You can take a break at the foot of the Stein Glacier where you can make a 10-minute trek to take in magnificent views of the glacier. You’ll also be driving along walls of snow and majestic waterfalls. However, the pass is open seasonally due to its elevation and the seasonality of the weather. It’s usually open in June and closes at the end of October. 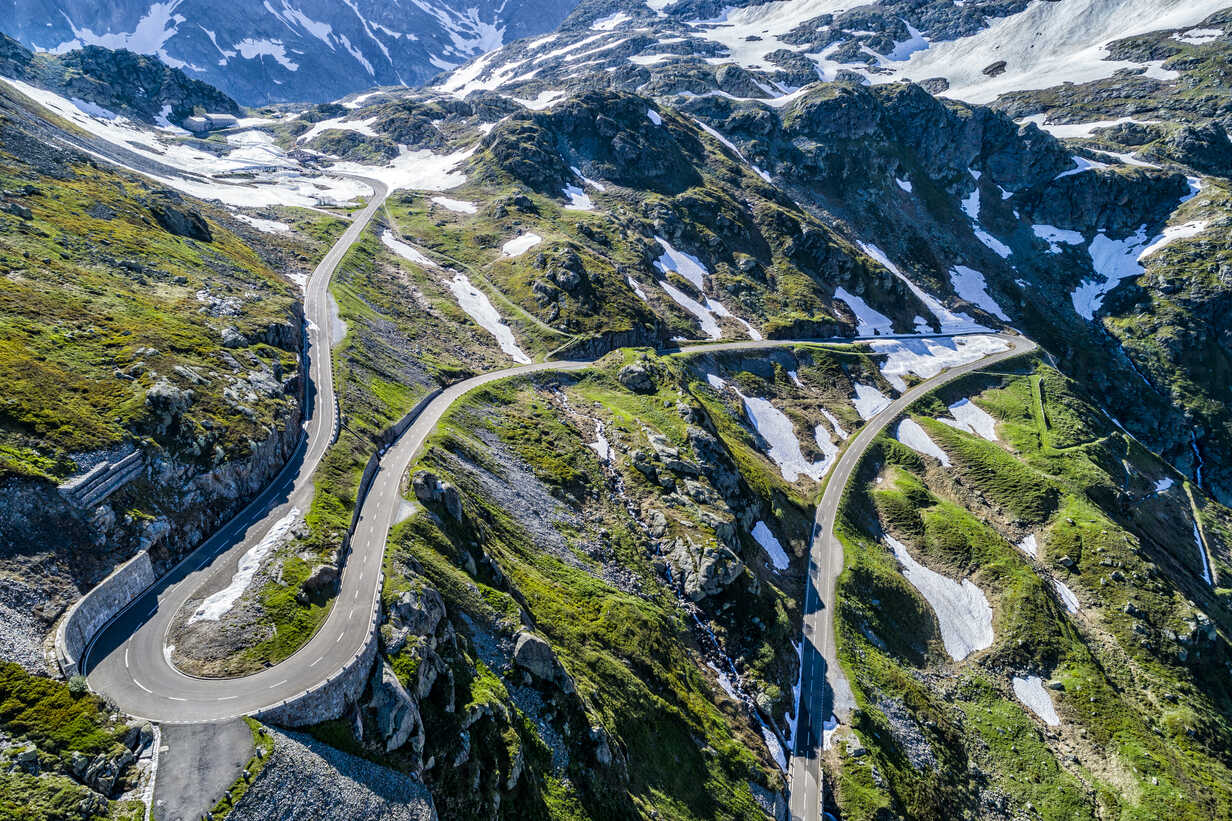 The Best Things to Do With Kids in Switzerland

10 Most Beautiful Places in Switzerland