Winter travel comes with its own set of perks: fewer crowds, moody views of snowy peaks or tempestuous beaches and, occasionally, a seasonal room rate. But if there’s one great thing about traveling during winter, it’s defrosting after a day outdoors. Frozen fingers and numb toes love nothing more than a soak in a thermal hot spring.

Thermal hot springs form when rainwater trickles down to an underground heat source, then rises again to create a pool or spring. The waters range in temperature from lukewarm to scalding, and are rich in minerals such as sulfur, silica and sodium. Māori historically used hot springs for tasks such as cooking and washing but also to treat ailments.

It was the healing power of the pools that saw European settlers flock to their waters in the mid-to-late 19th century; there was nothing that bathing in or drinking (not recommended today) the mineral waters couldn’t fix. Insomnia, obesity, gout, syphilis, arthritis – all were claimed to have been eased or healed. 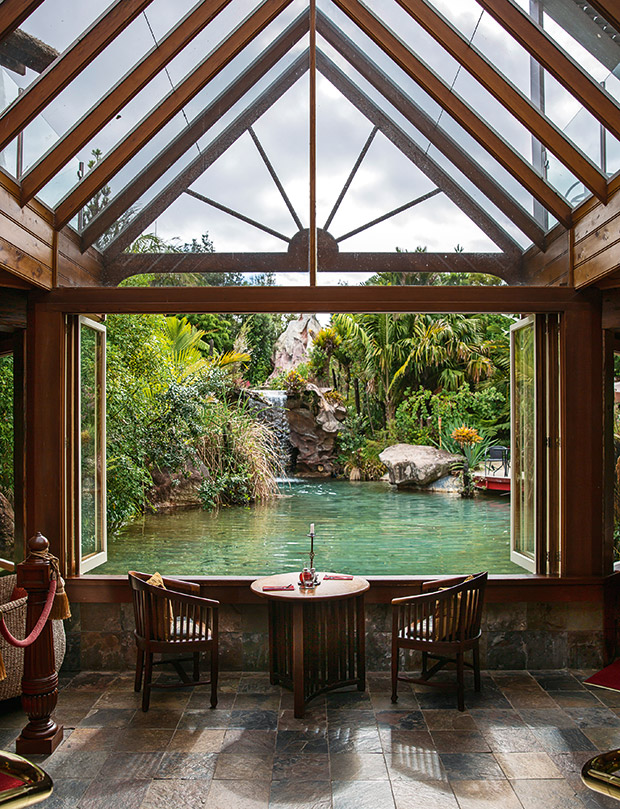 It’s said you can lead a horse to water, but you can’t make it drink. In the case of Alan Hopping – you can lead a man to an underground spring, but good luck convincing him to leave. Alan spent 20 years and almost $7 million creating a thermal Disneyland in the Coromandel.

The Lost Spring is an unexpected delight in a region more famous for its beaches, with 48.5°C thermal water that is 16,000 years old and rich in more than 400 minerals. It rises from 667 metres underground to fill a variety of pools in Alan’s human-made wonderland. Apart from the waters, there are spa treatments, rainbow-coloured caves, a restaurant and more.

Also called the Okauia Springs, these waters were “discovered” in 1886 by landowner Josiah Firth and people have been coming to bathe in the Waikato thermal pools since the 1920s.

Local legend lends its name to one of those pools. It tells of a Māori chief who ignored warnings to be off the Waihou River before dusk. He and his wāhine turned to stone while lighting a fire beneath the hull of their canoe, Ramaroa. It is these embers that continue to heat the thermal waters. The 40°C Ramaroa private pool is one of four mineral pools that draws warm water from the river spring. An indoor spa pool is cooler at 38°C. 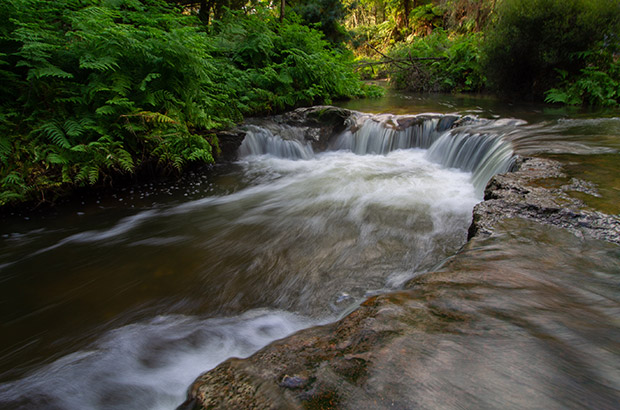 The geothermally heated stream, tucked away in native bush, is a popular (and free) spot for locals and visitors. A 2-metre waterfall spills into the deepest part of the hot pool, with shallow areas located further up the stream for lounging.

While the natural spring doesn’t have amenities, the overlooking bank is well suited for picnics and non-swimmers. A word of caution: don’t put your head under water and keep valuables at home, not in the car. 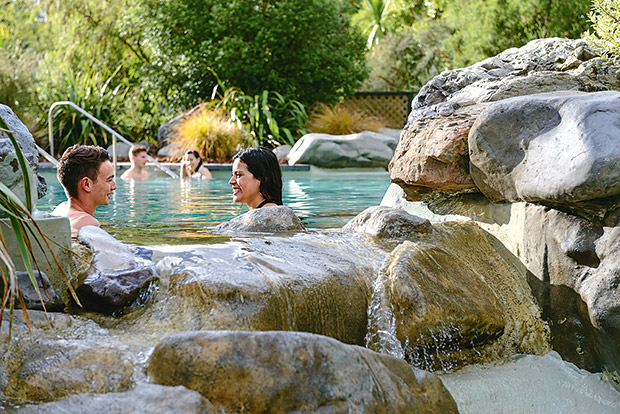 This spa in Canterbury has been revitalizing tourists since 1883. While the warm waters are as pure as ever, the venture is now one of New Zealand’s most sustainable and environmentally friendly businesses. A 65-kilowatt micro-turbine converts naturally occurring methane gas into electricity, which then fulfils 14.5 per cent of the spa’s energy use.

This recent initiative saves 100,000 cubic metres of methane (equal to 1385 tons of carbon dioxide) per year from being either burnt off or released into the atmosphere. In 2019, Hanmer Springs won one of seven Qualmark 100% Pure New Zealand Experience Awards. 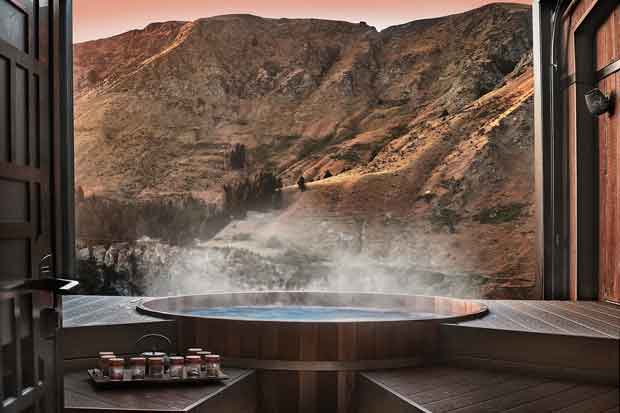 This Japanese-inspired retreat is just 10 minutes drive from the action in Queenstown. Onsen (Japanese for hot spring) offers a break from adrenalin-fueled activities with cedar-lined tubs overlooking The Remarkables mountain range.

Perched on cliffs above the Shotover River, the Instagram-worthy tubs are heated to 38.5°C and include retractable roofs overhead. The original onsen tubs can fit up to four people — with smaller oval tubs available for couples or individuals. 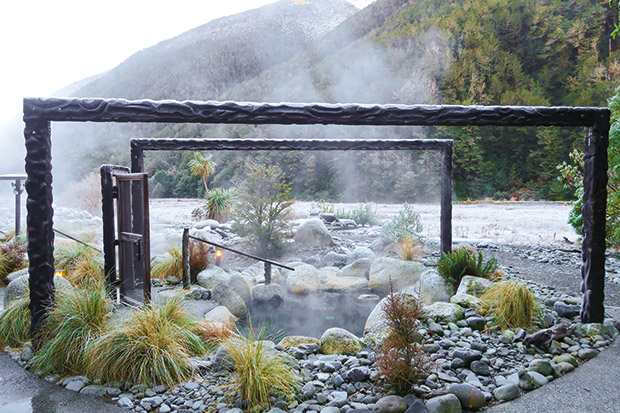 Near the invisible line that divides Canterbury from the West Coast is a remote geothermal spring with facilities modeled on a Japanese onsen. Sold by its Japanese owners in 2015, it has been renovated and rejuvenated and is now an eco-friendly health and wellness retreat with plunge pools, a sauna, thermal pools and private spas. The thermal spring water breaks ground at a hot 52°C, so is cooled slightly before filling the rocky pools.

A distinct aspect of the pools is the natural black algae packed with mineral nutrients, which guests are encouraged to rub onto their skin. The resort is also off-grid, with all electricity provided by a hydro-generator.

The 10 Most Important Historic Sites in New Zealand