Located on the Meuse (Maas) River, Maastricht is one of the oldest towns in the Netherlands. It is set on the border with Belgium and Germany and is part of the Limburg region. It first rose to prominence as a Roman settlement. Full of historic monuments, parks, and museums, there are many things to do in Maastricht.

The city is also important as the birthplace of the EU and the Euro and is a major university town. Maastricht is a popular destination for tourists due to its historic sites, delicious food, and excellent shopping. Here are 6 things you have to do in Maastricht. 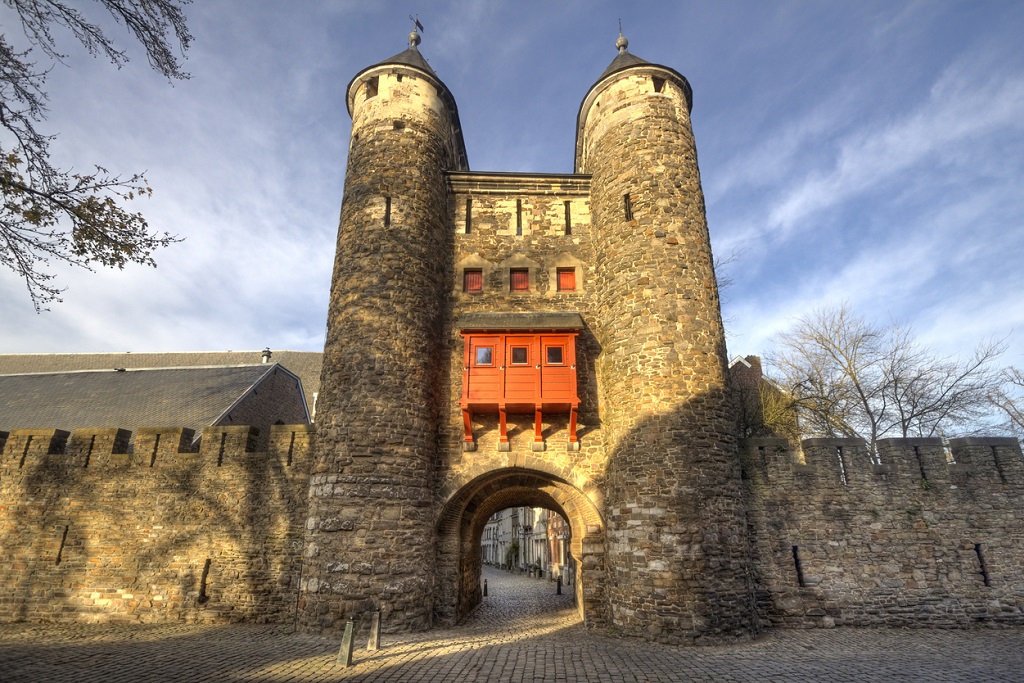 Literally meaning “Hells gate,” Helpoort is one of the last remnants of the city walls that were built around Maastricht in the 13th century. Once the main southern entrance to the city and later an armory and a prison, it is now a museum detailing the history of the fortifications of Maastricht. 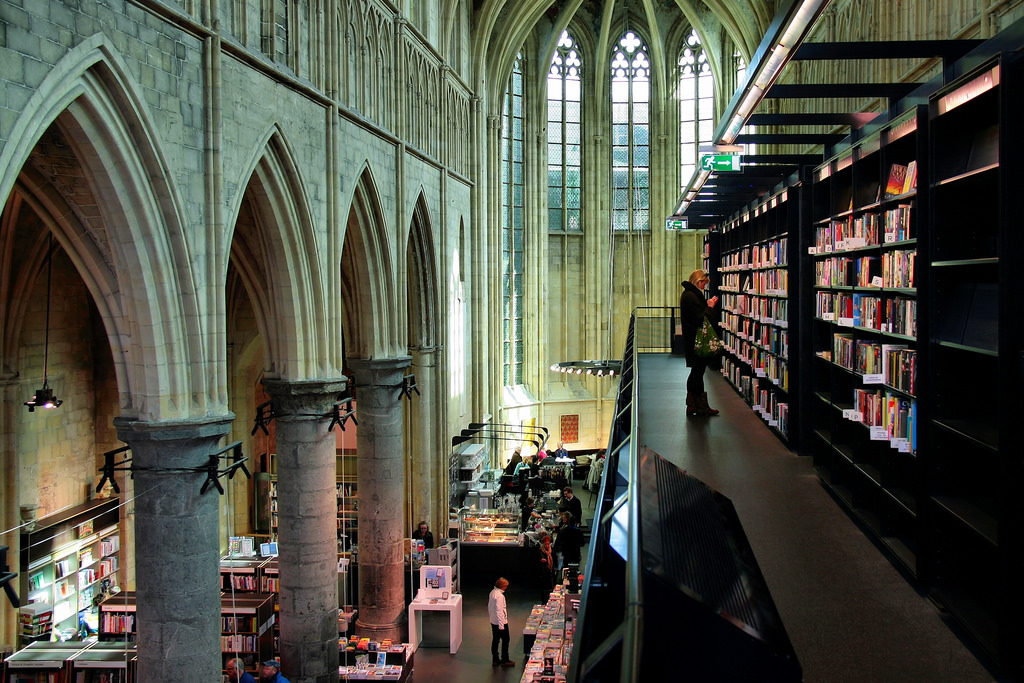 This amazing bookstore is located inside a 12th-century church. When Catholicism was outlawed in the Netherlands in the 1580s, many such churches were abandoned. But the beautiful Dominicanenkerk with its elaborate frescos and high arched ceilings found new life as a bookstore. Before this, it has been used as a military building, a warehouse, a school, an orchestra hall, party hall, and even bike storage. 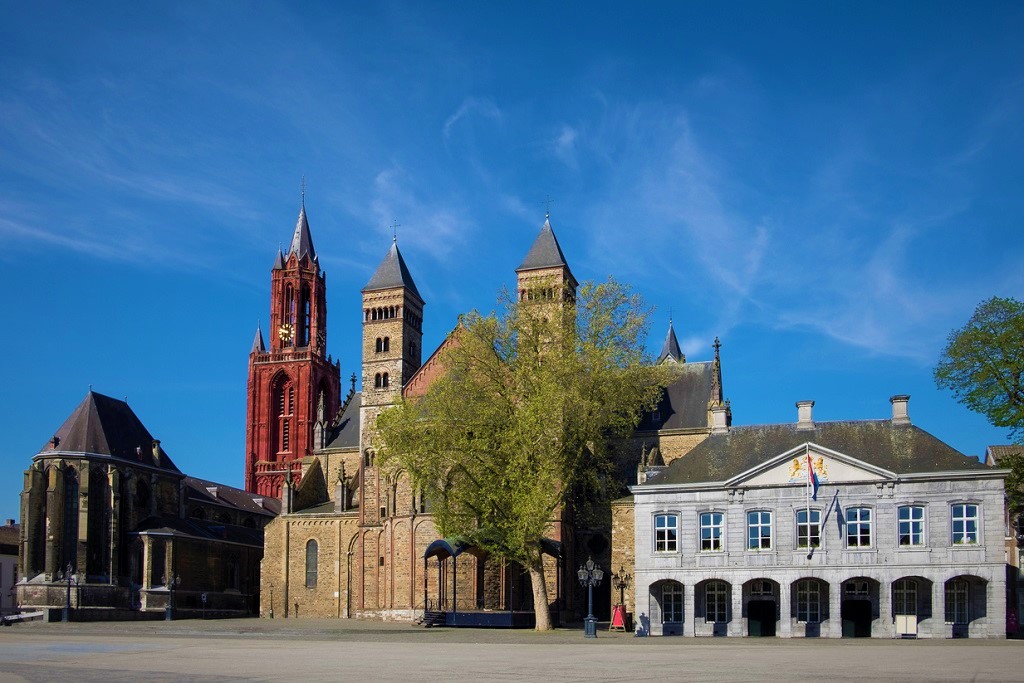 One of the most important squares in Maastricht, the Vrijthof is where most important events are held. It is also flanked by two massive churches, the 12th-century Basilica of St. Servatius adorned with sculptures, and the 15th century Sint Janskerk with its tall red tower. The square also filled with shops and restaurants and is the perfect place to have a cup of coffee or some Dutch food.

4. Basilica of Our Lady 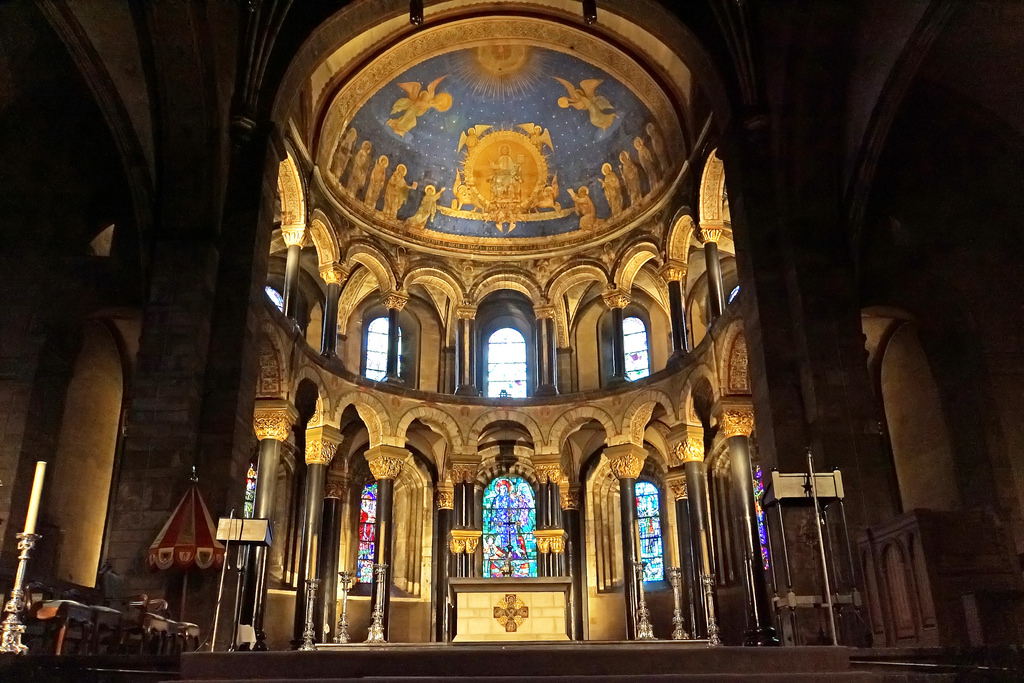 The Basilica of Our Lady is one of the oldest religious buildings in Maastricht. The striking Romanesque façade was constructed in the 1100s. But, little is known of the church’s early history, as can be seen in the much older circular towers. The somber interiors are complemented by the intricate décor of the altar and the vibrant stained-glass windows. The church is also home to many treasures from around the Limburg region. 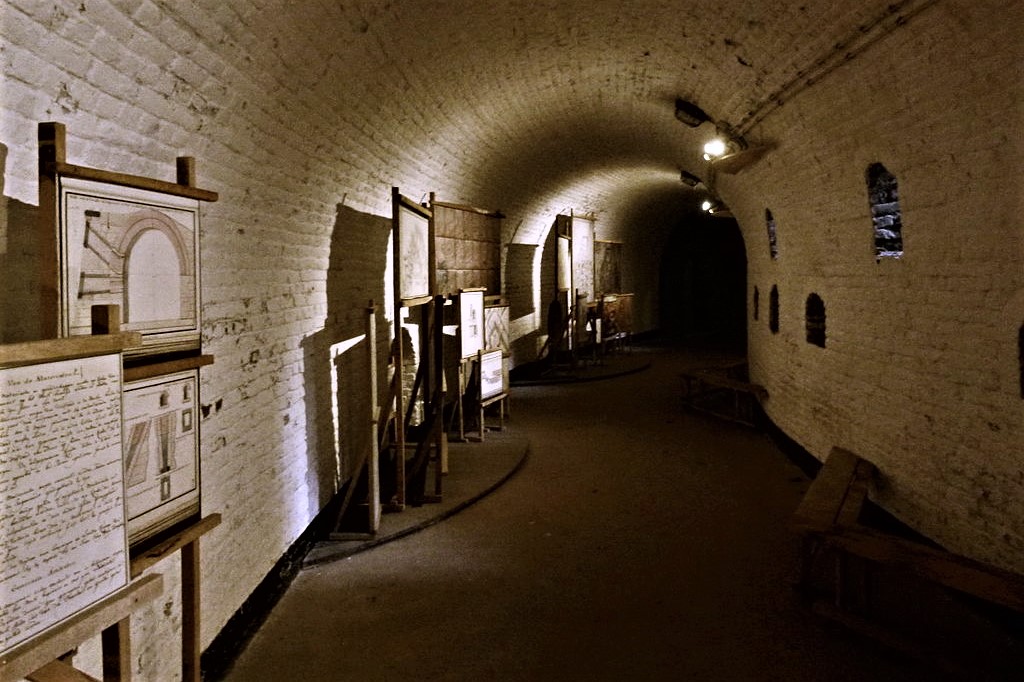 Maastricht has a fascinating network of historical caves and tunnels. Stretching over 230 kilometers, they were extended between the 1500s and the 1800s out of existing mines. The caves and tunnels have been proved to be very useful during times of siege. During World War II, this labyrinthine network served as a hiding place for many famous works of art. Later, they were used by the Dutch Resistance to smuggle Jews from the Netherlands to Belgium. Towards the end of the war, it also served as a shelter for the almost entire city of Maastricht from the Nazis and bombing raids. 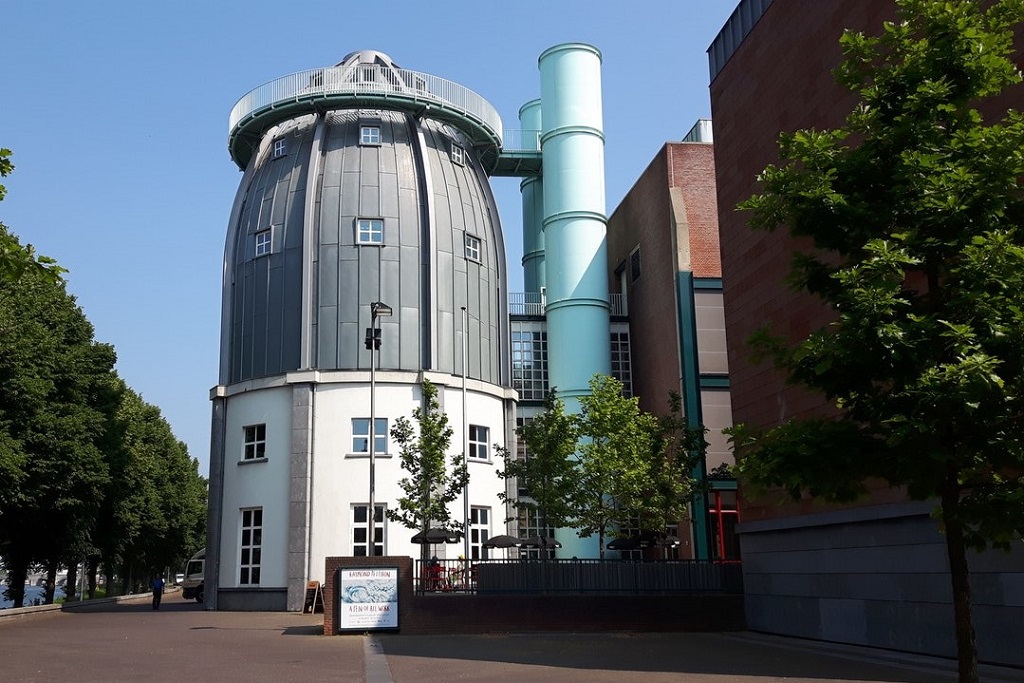 The striking Bonnefanten Museum is located on the east banks of the Meuse River. Designed by Italian architect Aldo Rossi, it has a vast collection of paintings, statues, and installations from the 13th century to the present. Among these are many works by Rubens, Jacob Jordaens, Anthony van Dyck, and Sol LeWitt.

Apart from these fascinating places, Maastricht is also known for its delicious regional Limburg food. If there are any other things to do in Maastricht that we’ve missed, be sure to share them in the comments below.