Bern is the capital of Switzerland and located only 45 minutes from Interlaken. Bern is a quaint town with a unique history. Tucked away in the alps and founded in 1191, legend claims that Berchtold V, Duke of Zähringen would name the city after the first animal he saw on the hunt which happened to be a bear. This is ironic due to the fact that bears are now extinct in Switzerland. So why should you visit this city? Here are the top 5 sights to see, which if they don’t convince you, I’m not sure what will. 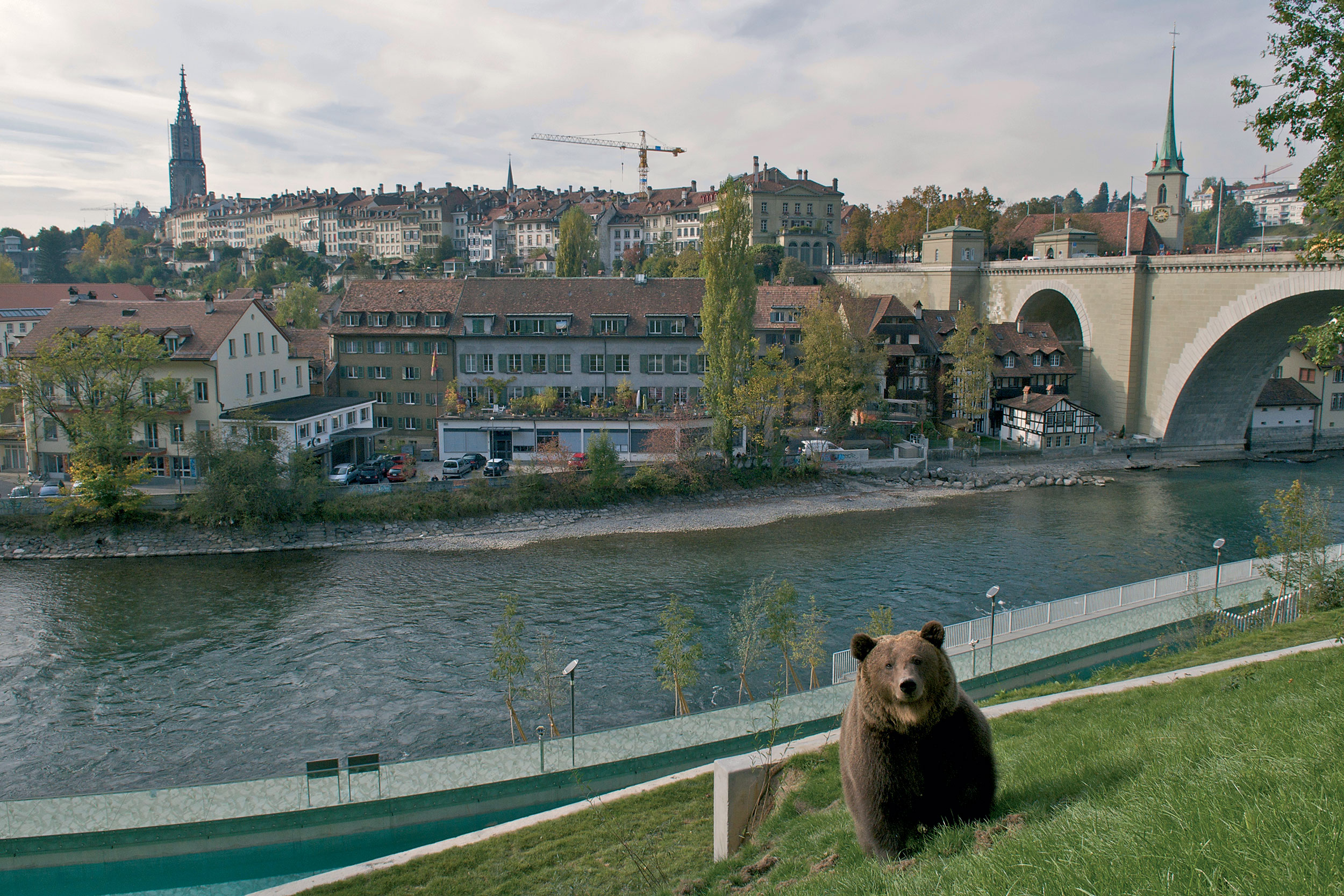 A longtime symbol of Bern, the first bear records show bears being kept in the city starting in 1513. The current “old” bear pit, which is where the bears were held until 2009 is located in Berenplatz and is no longer used due to circus-like conditions. Today there are 3 bears in an enclosure given to Switzerland by Vladimir Putin as a gift. There is an elevator leading down so you can see the bears more easily- be sure to check it out during the summer, otherwise if it’s winter they might be hibernating-as bears do! The largest cathedral in all of Switzerland, this is a grand sight to see! Construction started in 1421 and was not completed until 1893 (it seems the construction worker stereotype has never changed). Even larger than the Cathedral in Zurich, the church is free to enter and is stunning on the inside. Originally a Catholic congregation, a plague in 1526 put people off the idea of Catholicism and joined the Reformation. Today the church makes up a part of Reformed Churches of the Canton Bern-Jura-Solothurn. If you didn’t know, Einstein (yes the smart guy), spent a large portion of his life living in Bern. It is said that in his house here, as he was watching the clock down the street and seeing the people go by, he was thinking about the continuum of space, time, and energy, and BAM E=mc 2 happened. Tickets to the museum are 6 CFH for adults and 4.50 CFH for students. So pretty much the entire historic center of Bern becomes an open-air market on Saturdays, and it’s pretty awesome. Lots of amazing street food, vendors, and more wait in store in this quaint town. Leading straight into Lake Brienz, the Aar river is a gorgeous sight to see, with the city of Bern as it’s backdrop. Be sure not to miss it Okay, so I didn’t include this in the top 5 sights to see, while though I love astronomical clocks- they are usually SO LAME! This clock and the astronomical clock in Prague are up on the top lists of the most disappointing sights to see in Europe. This is along with the leaning tower of Pisa. It’s cool to look at, and every hour on the hour there is an astronomical “show” but it’s pretty dang lame.

Enthralling and unique experiences in Switzerland