Canada is the second-largest country in the world in terms of land area – second only to Russia. It features vast swathes of uninterrupted landscapes, with tundra in the north and grassy prairies to the south. Canada also has more lakes than any country in the world; The Great Lakes, featuring some of the largest, are located here, and so is a portion of the Rocky Mountains. 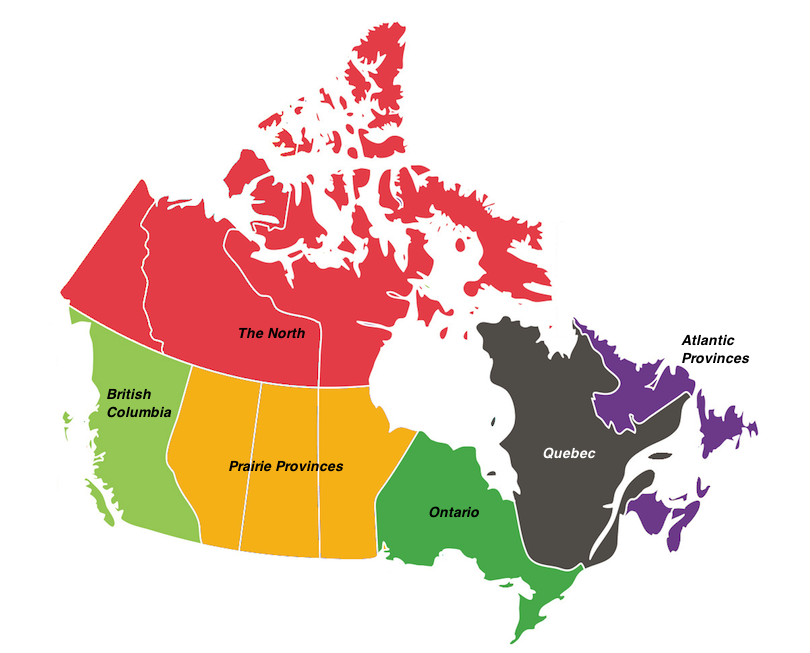 Its cities reflect a heritage of waves of immigration, from Europe to Asia, making for a multicultural landscape in its contemporary urban centers, but it has a population that’s only a tenth that of the United States. Wilderness is most certainly king here. 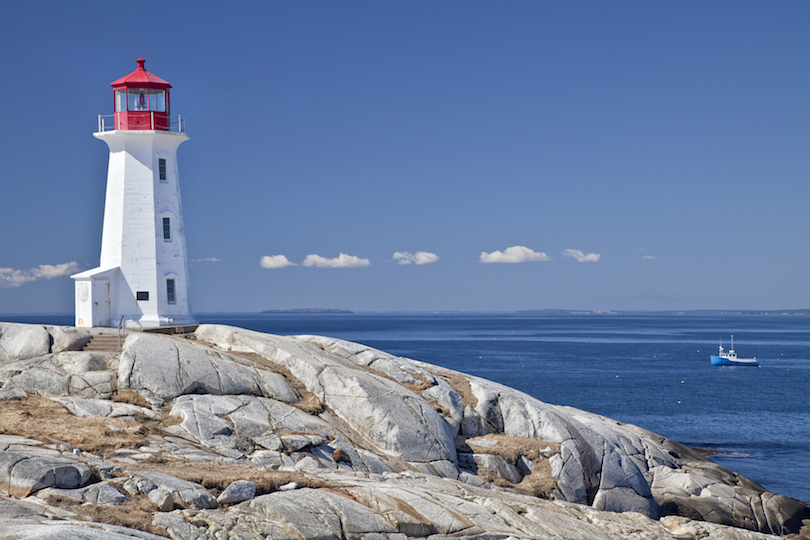 Newfoundland and Labrador are sparsely populated areas with rugged scenery, while Nova Scotia juts out into the Atlantic, boasting beaches and charming, colorful towns hugging the shoreline.

Halifax, Nova Scotia’s (and the region’s) largest city, sits in a natural harbor and was the historic entry point for European immigrants to Canada.

New Brunswick, where you’ll find the beautiful city of Fredericton with its pretty historic district, is Canada’s only officially bilingual province, speaking both English and French, where people live nestled along the St John River Valley. Prince Edward Island is Canada’s only island province; it features farmland, sandy beaches, and dunes. 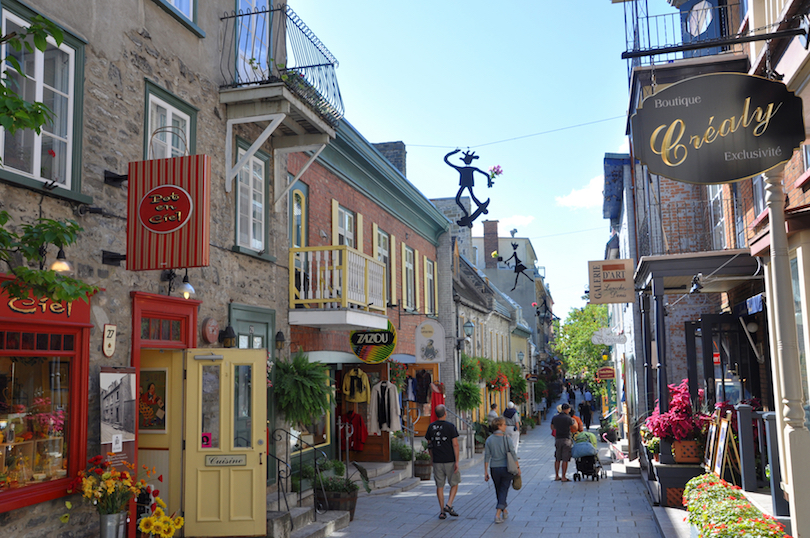 The second-most populous province in Canada, Quebec also boasts a French-speaking majority and is the only monolingually French province in the country. Naturally, not only the language but French culture has been preserved here.

Quebec City is the capital of the province and features a charming old town, remnants of its original city walls, and also boasts the sprawling Fairmont Le Château Frontenac. Montreal, however, is the largest city, and the world’s second-largest Francophone city (after Paris). Skyscrapers, historic riverfronts, towering cathedrals, botanic gardens – Montreal has it all.

Chaudiere-Appalaches, a rural region of Quebec, is characterized by quaint villages, agriculture, and watermills. The region’s beautiful parks are perfect for bike rides – especially when the autumn hues are out.

The Charlevoix area boasts mountain scenery and has seen vacationers from as early as the 1760s. Parc national des Grands-Jardins features many opportunities for hiking – on the dramatic Mont du Lac des Cygnes, for example. 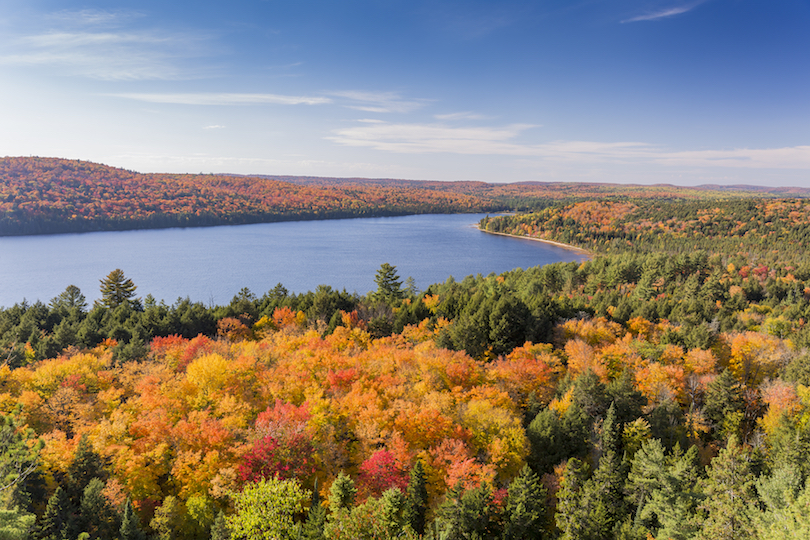 The province of Ontario boasts two big hitters in Canada’s urban landscape – Ottawa, the country’s capital city, and Toronto, its most populous.

90% of Ontario’s population lives in the south of the province. It’s also in the south that you will find the Great Lakes: Lake Huron, Lake Erie, Lake Ontario, Lake Superior – the largest freshwater lake in the world – to name just a few of the watery elements of the region.

Its most famous water-based sight is the awe-inspiring Niagara Falls, however. Here, Lake Erie drains – via the Niagara River – into Lake Ontario, making for the most powerful waterfall in the world; how does six million cubic feet of water every minute sound?

Toronto is located on the northwestern shore of Lake Ontario. It’s a multicultural, cosmopolitan city with Victorian buildings and modern edifices like the CN Tower, and where summers mean lounging on lakeside beaches. Ottawa is all grand government buildings and winter ice skating on the frozen Rideau Canal. 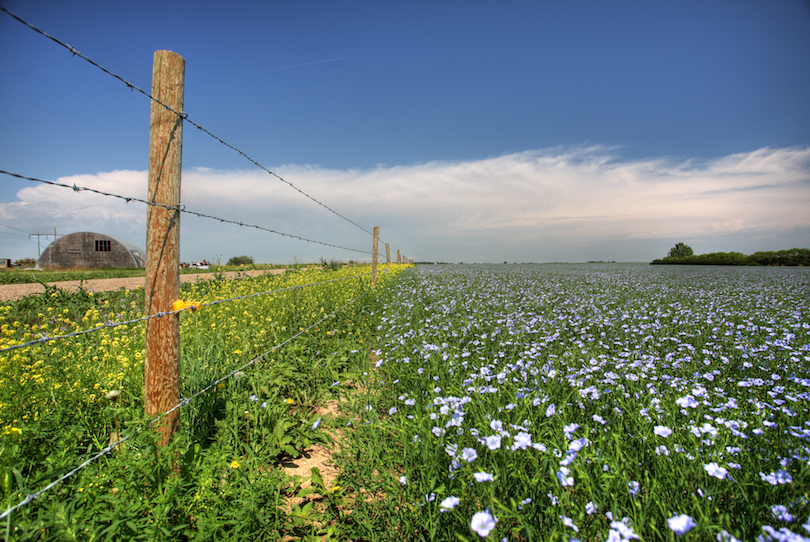 It may be called the Prairie Provinces, but don’t be fooled; there are still mountains, lakes, metropolitan cities, and even an arctic shoreline in this diverse region.

Manitoba – meaning ‘Muddy Waters’ in Western Cree – borders Ontario to the east, Nunavut to the east, Saskatchewan to the west, the United States to the south. Winnipeg is the capital and largest city of Manitoba. It gets the coldest winter temperatures out of any city in North America.

Saskatchewan is one-third wheat-growing prairie, two-thirds forest, and is replete with 100,000 lakes and rivers. Strange fact: unlike the rest of Canada, Saskatchewan doesn’t participate in daylight savings.

The province of Alberta is home to Calgary, its largest city and the gateway to the Rocky Mountains. That means the natural wonderlands of Banff National Park and Jasper National Parks; the latter is the largest the Rockies and comes complete with icy lakes and waterfalls. 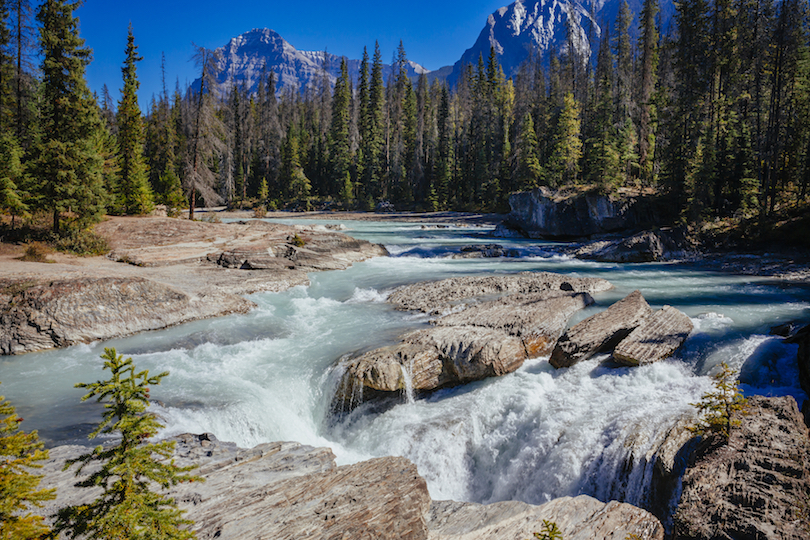 British Columbia is crossed through by the Rockies, with Alberta on to the east, Yukon to the north, Northwest Territories to the northeast, the United States to the south, and the Pacific Ocean on the west.

The second most populated area in the province of British Columbia is Vancouver Island. On the southern tip, you’ll find the provincial capital of Victoria – complete with British colonial architecture and a well-preserved Chinatown.

But the region is more famous for its most populous city, Vancouver. This multicultural city features a strong Asian presence, a multitude of skyscrapers, and a laid-back atmosphere.

Outside of its cities, British Columbia is relatively remote. It’s an excellent place for trekking, spotting wildlife, and skiing, such as in the renowned town of Whistler. Northern British Columbia is where things get more wild, with Goldrush communities dotting the rugged Cariboo region. 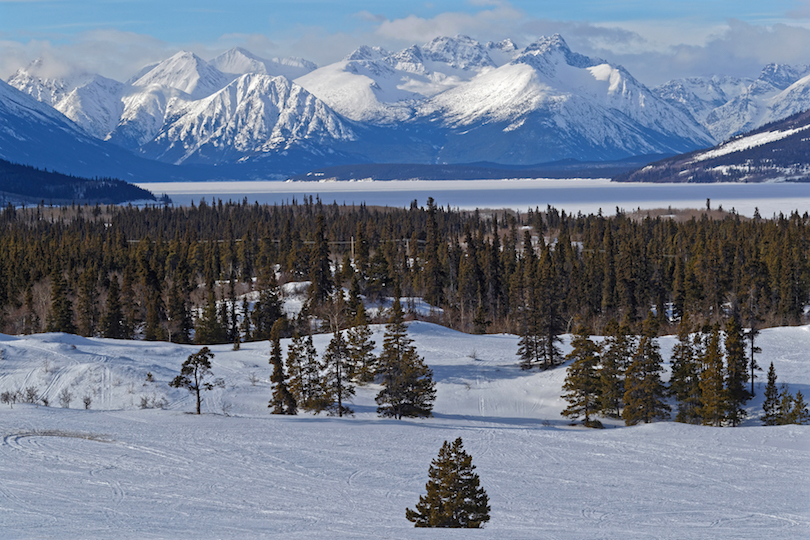 The North is one of the most remote regions on Earth and also where most of Canada’s landmass is located. Extending well into the Arctic Circle, and comprising the provinces of Yukon, Northwest Territories, and Nunavut, only around 100,000 inhabitants live in the whole region.

Most of those residing in the North are of Inuit communities, but the Gold Rush affected the region, with settlers flooding in to find their fortunes. Dawson City is a result of this. Set in the Yukon, this is a city in name only: only 30,000 people live here.

The Northwest Territories make up a huge area. A lot of national parks are located here, with vast expanses of wilderness playing host to black bears and caribou.

The province of Nunavut (meaning ‘Our Land’ in Inuktitut) is larger than Mexico but has only 0.02% of its population. Coastal villages dot the tundra, but for the most part, it’s very barren. Ellesmere Island is a mere few hundred kilometers from the North Pole itself.