For some, Māori culture means watching a Haka performance during a football game or seeing tribal tattoos on the forearms of burly men. But the traditions of New Zealand’s indigenous peoples are not only celebrated, but they provide an exciting and magical insight into this beautiful country.

Arriving in New Zealand hundreds of years ago on hand-made canoes, the Māori people brought a culture that is now a key part of the country’s national identity. Today, the Māori community makes up approximately 15 percent of the population, with more than half a million people speaking the native tongue.

One of the best ways to experience and get a magical piece of insight into this ancient culture is to experience it yourself. So, if you are planning a trip to New Zealand, don’t forget to pay attention to these five Māori traditions that will give you a new understanding and appreciation of this fascinating country and culture.

A gesture of respect, the Hongi is a traditional greeting done by pressing the nose and forehead against someone else’s. It’s the equivalent of doing a thoughtful handshake but is much more intimate, given the faces are placed so close together. Known as the breath of life, the tradition began when the first earthly Māori woman, Hineahuone, was born. Made of clay, she only came to life when the god Tane breathed life into her through her nostrils. You’ll have many opportunities to practice this greeting with your guides through New Zealand, as well as with some of the locals you might come to meet along the way. Don’t be terrified by the close interaction and use it as a great way to break the ice and get to know the people.

Where to go to experience the Hongi: This traditional greeting is something you’re likely to come across during your trip to New Zealand, but the majority of the country’s 14 percent Māori population lives on the North Island, meaning you’re much more likely to encounter this important culture here. 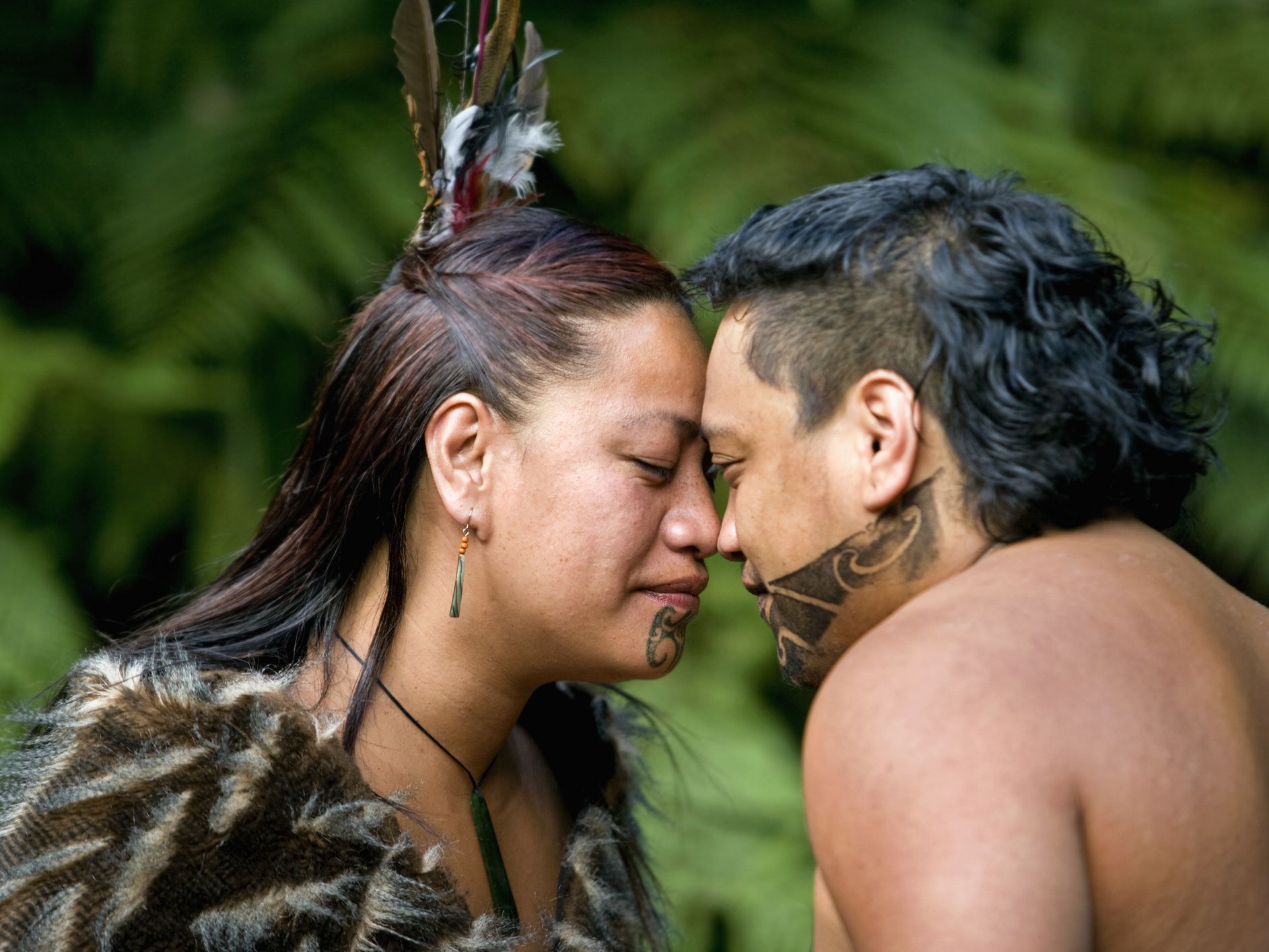 Made popular by the New Zealand All Blacks, who have turned the traditional dances into an important cultural event on the world stage, the Haka is a Māori war dance that was traditionally saved for the battlefield. The action-packed dance is a display of strength and pride, which includes powerful stomps of the feet, wide eyes, and the well-known tongue poking. Today, the Haka is used during Māori ceremonies, celebrations, and to honor guests.

Where to go to see the Haka: A heart-pounding Haka welcomes you to Rotorua as you become swept up in the magic of Māori culture in this town. Visit the living Māori village while you’re here and the arts and crafts center too. 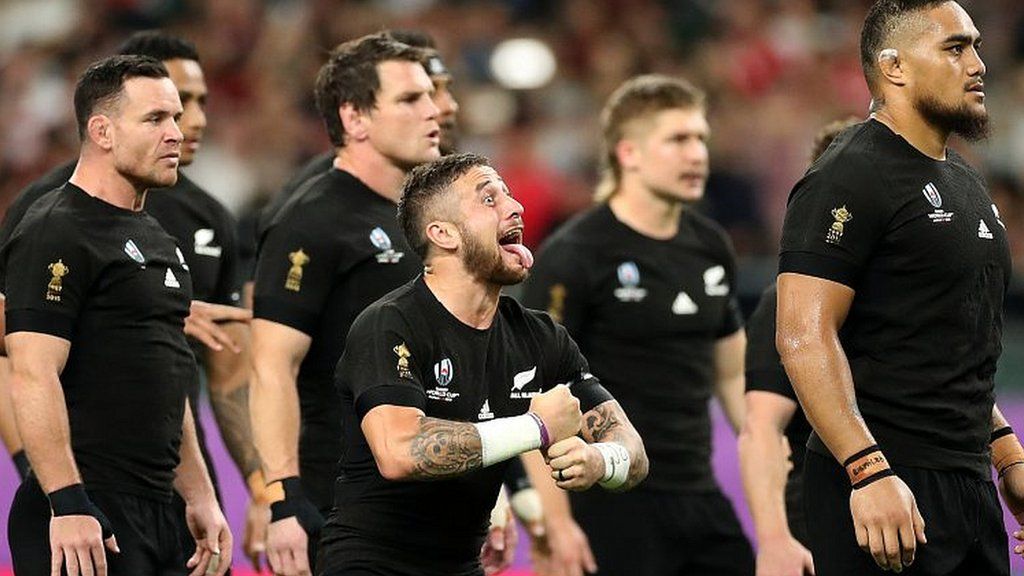 Traditionally, Ta Moko was an important cultural representation of heritage, personal rank, and wisdom. Now, these tattoos are most commonly worn on faces, bottoms, and thighs for men, and on the lips and chin for women. Before European colonization, the tattoos were a complex series of designs that were carved into the skin using a sharp implement, usually made from sharp bone or shark teeth, which were coated in ink and then tapped into the skin. The Māori people consider the head to be the most sacred part of the body and this is why that face and head is a popular place for tattoos.

Where to see a traditional Ta Moko: The Bay of Islands is a significant area in New Zealand as this is where a treaty was signed between the Māori and the Europeans. There are traditional ceremonies performed here, with some of the locals wearing their traditional Ta Moko with pride. 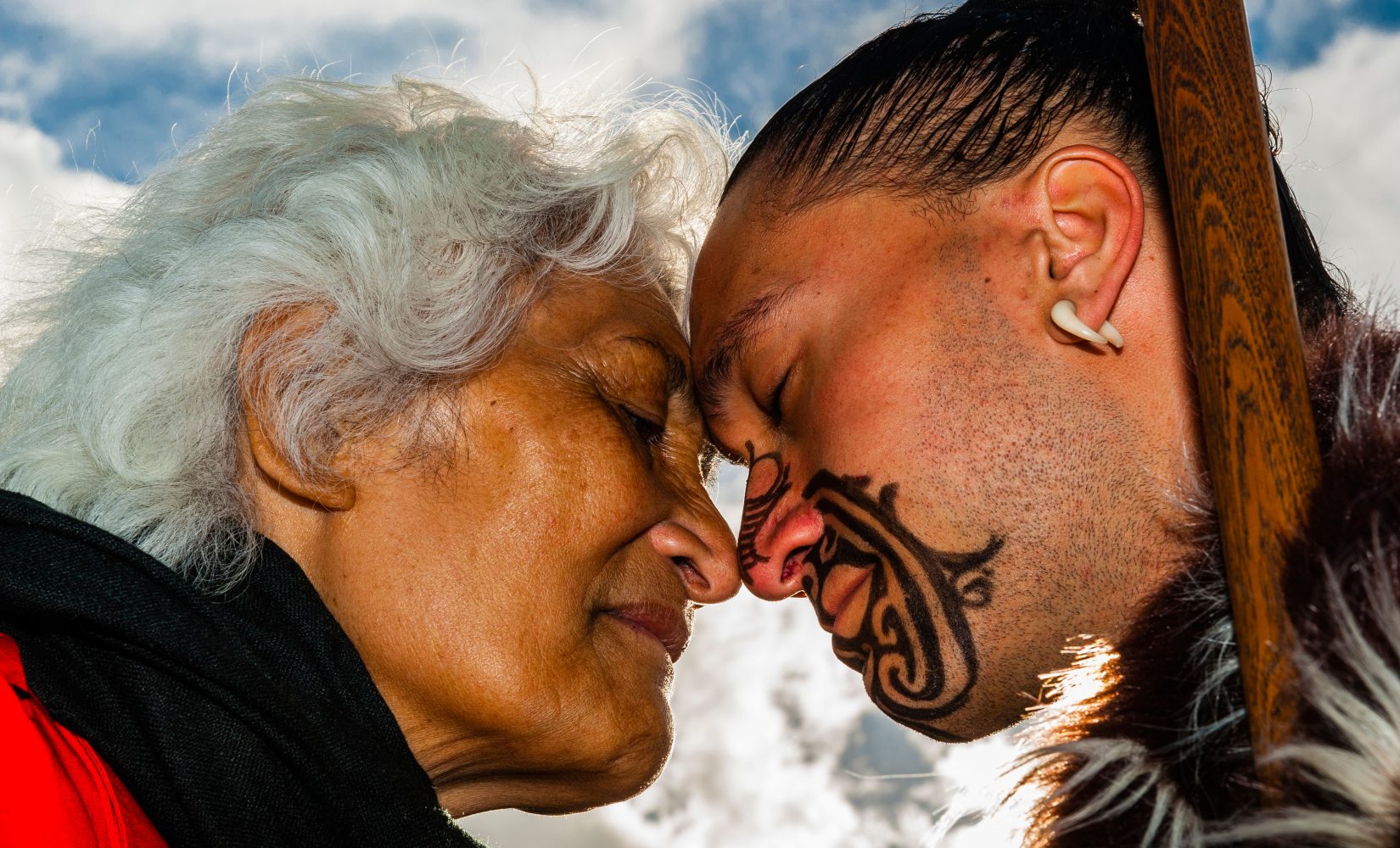 Known as the Māori art of carving, Whakairo is not just visually beautiful, but it tells an important narrative that expresses personal allegories and cultural histories. These stories are passed down from generation to generation and are generally carved by men on a series of objects including weapons, tools, instruments, buildings, and canoes. Styles vary between tribes, too, while different figures represent different meanings.

Where to witness traditional Whakairo: Head to Rotorua where the locals invite travelers to gain a better understanding of these traditional methods and can watch the artists at work. 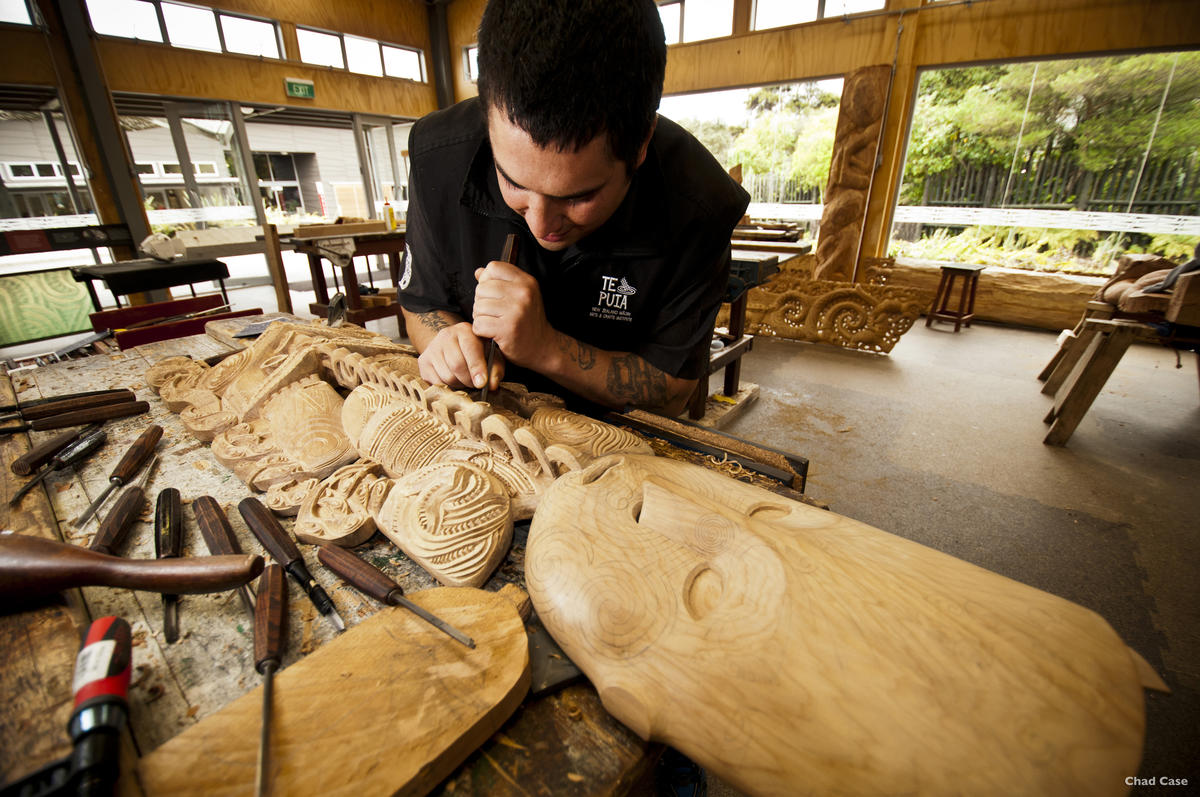 The method of cooking known as Hangi has been used for thousands of years by the Māori culture but is generally reserved for special occasions. The method of creating the perfect Hangi was perfected over many years and passed down from generation to generation. The process remains largely similar and includes preparing meats, potatoes and vegetables by placing them into a pit dug into the ground, on top of hot stones and untreated, both of which should burn for long periods of time. Three hours later and you have a meal fit for a whole community.

Where to enjoy a traditional Hangi: An evening of history and culture awaits you in Rotorua at the Tamaki Family Marae where you can wander through the ancient forest village before enjoying an authentic Māori Hangi meal. 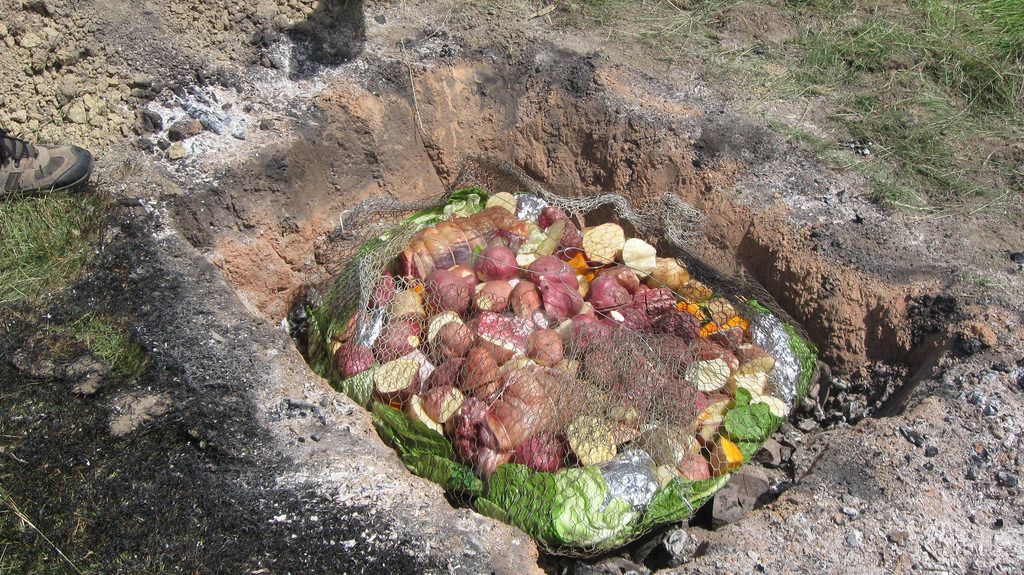 7 Things To Do On The West Coast Of New Zealand