MY FRIENDS AT the Durban-based Street Scene offered me an opportunity to join them on a free “Township Tour” for bloggers, and I ended up spending a week exploring the city and its surroundings. Here are a few recommendations I can pass along. Durban has an established Indian population and is known for its spicy curries — in particular the locally invented dish of bunny chow. Also referred to as simply “a bunny,” it’s a half loaf of bread hollowed out and filled with mutton, chicken, or vegetable curry.

Even a quarter loaf of curry and stodgy bread is extremely filling, and I’d never been able to finish one before. But in Durban, I went for a “(ginger) beer and a bunny” at Goundens (on Eaton Road, between Gale Street and Sydney Road in the industrial area of Umbilo), a restaurant, and a takeaway known for its mutton bunnies.

Here I took on a quarter loaf of the signature mutton with determination, chewing my way through the soft, spongy bread and mild, brown, tongue-prickling curry. It went together nicely with the sips of cold, sugary ginger beer.

Thanks to a recent infrastructural investment surge, Durban’s beachfront is now connected from the Ushaka Marine World theme park to the white gleam of the kettle-shaped Moses Mabhida 2010 World Cup stadium.

Circling the outskirts of the slick marble finishes of the stadium, and passing under the highway bridge to the grinding grrrr-whirr of my Street Scene lifestyle cruiser bike pedals, I was surrounded by an energetic throng of morning people having their daily walks, drinking their first cappuccinos, and taking a shower after surfing, body boarding, or SUP paddling.

And, if I had been there on the last Friday of the month, I would have done it again as part of Durban’s version of the global monthly cycling event Critical Mass.

It’s also now possible to do a 3-hour ride along the beachfront with the newly established Durban branch of Bike and Saddle.

As a child in suburban and still segregated post-apartheid South Africa, I’d never perceived Mandela as anything other than a smiling, important man on a poster.

As I grew up I learned more about him, of course, but it was only when I visited Ohlange High School, the place where Mandela first voted, that I began to put it all together.

The significance became apparent as I stood next to his bronze statue, and another background poster of his smiling face.

It was there, inside a hot, humid hall, in the first school built for black South Africans, that I realized how the events pre-1994 had all culminated in the simple but significant act of slipping a marked piece of paper into a slotted box.

4. Pay respects to another revolutionary

On the opposite side of the hill from the informal settlement of Bombay, at the end of a street lined with a few brightly painted, lime-green wooden houses, is the historic Phoenix Settlement, once home to a destined world leader and his early 20th-century printing press.

M.K. Gandhi lived in a corrugated iron house next to the Mahatma Gandhi Printing Press for some time during his 21 years as a lawyer and activist in South Africa. The building has been restored after being razed during apartheid violence in the 1980s.

Next to the stump of a tree that Gandhi himself planted, and in view of his bronze bust, is his once-home, which is currently being upgraded and established as a photographic museum, the original wood floors still intact. 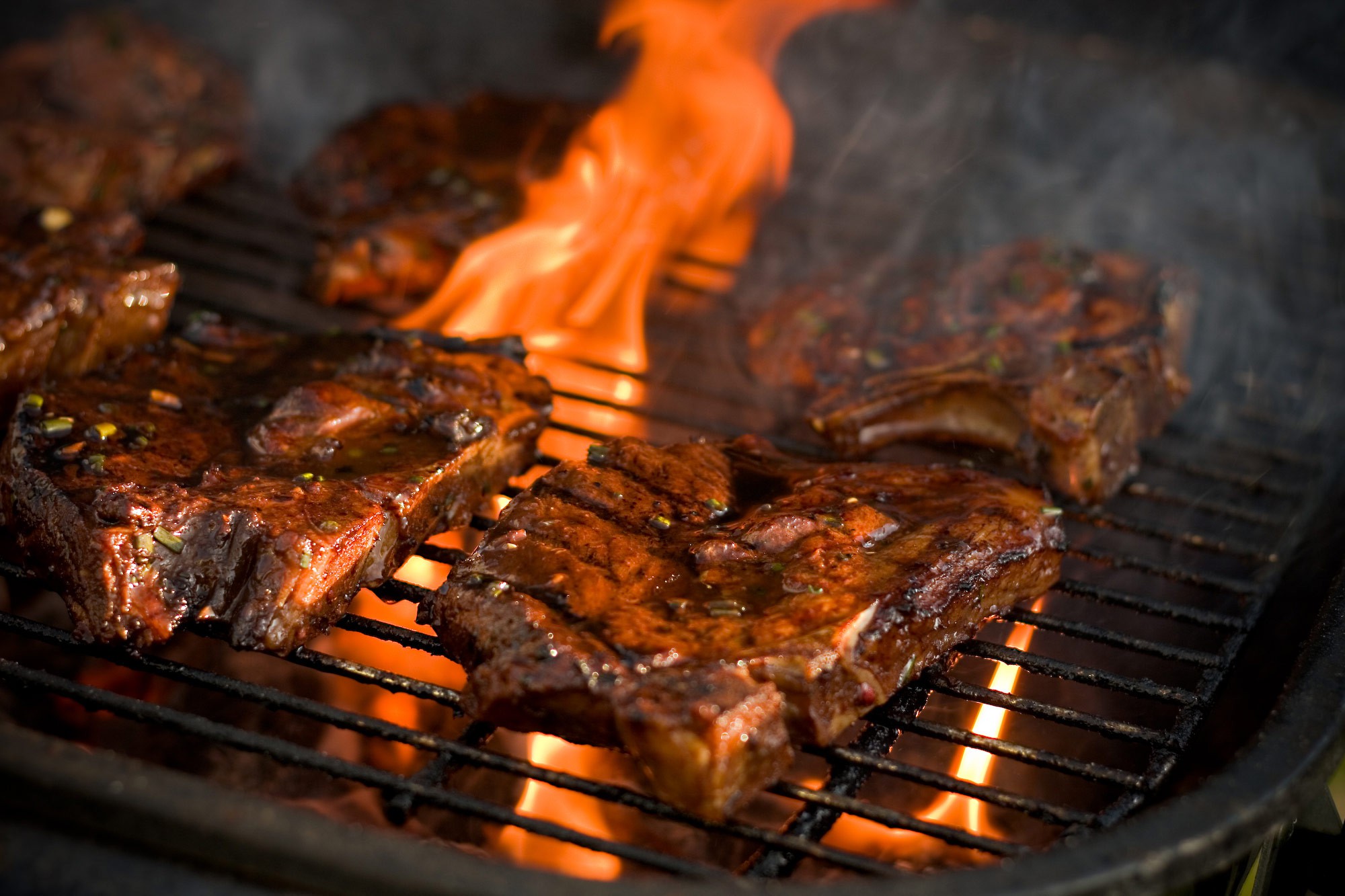 Braaing — or barbecuing — is popular throughout South Africa. In the township of KwaMashu outside Durban, as in many townships all over the country, braaing goes by the Zulu term shisa nyama (literally “burn the meat”).

At Hlabisa, a shisa nyama butchery/restaurant and the last stop on my “Township Tour,” I chatted through greasy coal smoke to the men who were tending the fires and cooking cow innards and fat slabs of steak.

Although the process of cooking was familiar to me, the way we ate the meat and spicy barbecued sausage at Hlabisa was not. It was all bare-handed grabbing for chopped-up steak from a wooden board, along with sliced tomatoes, chilies, and a side of white, sticky pap (cooked maize meal).

By the end of the meal, I’d had to use at least ten napkins. I liked it.

Now that’s a snarl-up! Car caught in awkward traffic jam between elephant and pride of lions on South African safari

11 Things You Can Only Buy in South Africa