The Menehune are a mythical race of little people found within traditional Hawaiian folklore. Check out these 5 facts to learn more about this unique being.

1) The Hawaiian Folklore About the Menehune People is Ancient

Most cultures have a story or two about magical little people. For example, Ireland has leprechauns, which pretty much everyone has heard of! But fewer people have heard of the Menehune people of Hawaii, or the Nawao, as they are sometimes called. They ranged anywhere from six inches tall, small enough to fit in your palm, to two or three feet tall at the most. Because of their size, they have often been compared to pixies, dwarves, or elves. The Menehune supposedly had distended bellies and bushy eyebrows above their large eyes. Their favorite foods were bananas and fish, and they enjoyed singing, dancing, and archery. They were well known for being mischievous. 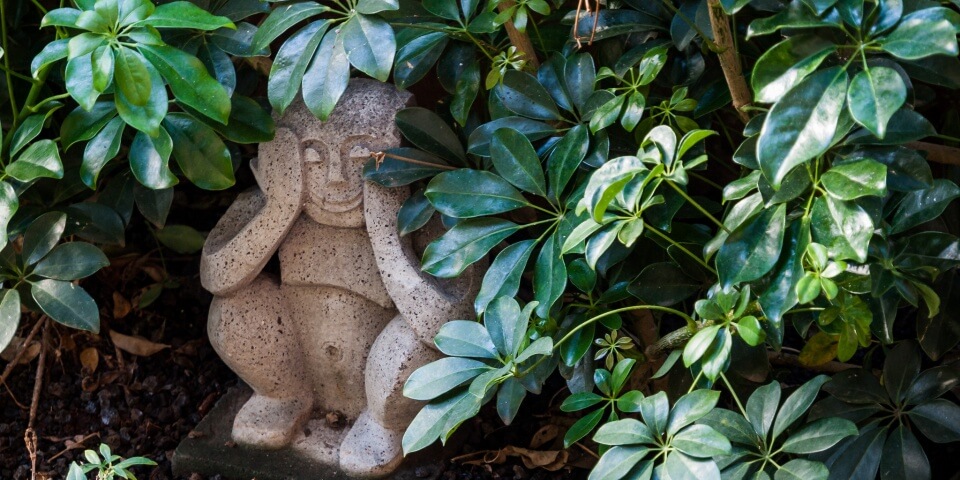 One reason legends about the Menehune aren’t always consistent is that they didn’t exactly hang around to be studied. Instead, they liked to stay hidden deep in Hawaii’s forests and valleys. Oftentimes, they didn’t come out during the day at all. Instead, they came out under the cover of night to do things like search for food — away from the scrutiny of human eyes! Searching for food wasn’t all these little people did at night though…

3) They Were Believed to Be Incredible Craftspeople 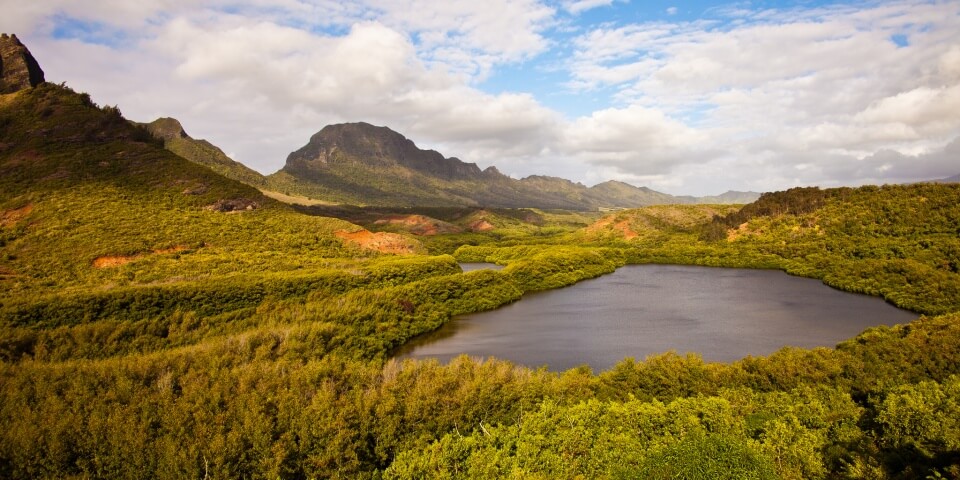 The Menehune were phenomenal at building things, but they would only do it while it was dark, and if they wouldn’t be watched. Many structures are fabled to have been built by crews of these small people in a single night. They have been given credit for building the Menehune Ditch, an aqua duct that directed water from the Waimea River to where it was needed for irrigation.

They also received credit for the Alekoko Fishpond. In fact, the building of the Alekoko fishpond is one of the more popular legends of the Menehune. Supposedly, they agreed to build the fish pond for a princess and her brother under their usual conditions: at night and unsupervised. They began the structure by forming a twenty-five-mile-long double line similar to a fireman’s bucket brigade line. This way, they could quickly and easily transport all of the stones they would need. But, the royal siblings broke their promise and snuck up to observe the Menehune as they built. Unfortunately, they fell asleep, and when the Menehune discovered them, not only did they turn them into two stone pillars that still stand today, but they also left the fish pond annoyingly unfinished.

Later, in the 1800s, Chinese workers had to fill in the two gaps that had been left. It was clear, though, that their work was less superior than that of the Menehune.

4) What is the Origin of the Menehune People? 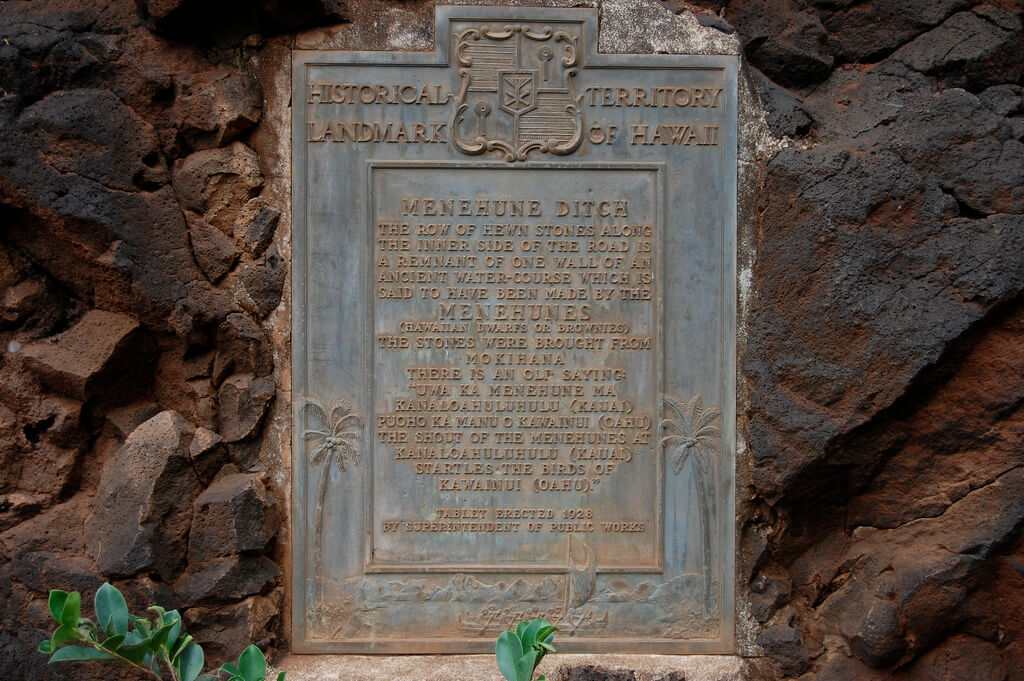 The Menehune people were fabled to have been in Hawaii long before the Polynesian settlers arrived. When Tahitians landed on the island, they were much bigger than the small Menehune people, and they quickly established dominance over them. This, of course, would explain why the Menehune people became known for staying hidden away during the day and only venturing out at night.

In fact, the word “Menehune” comes from the Tahitian word, which translates to a commoner, or someone of a lower social status. An incorrect translation of this term might have led to the idea of the Menehune being physically small, as opposed to socially small or of little importance. There’s no proof that they ever existed, but a census from the 1820’s once listed sixty-five Menehune as living in the Wainiha Valley. The existence of the Menehune might have been fabricated by the ali’i, or rulers, so as to rob the credit of building structures from the common people. 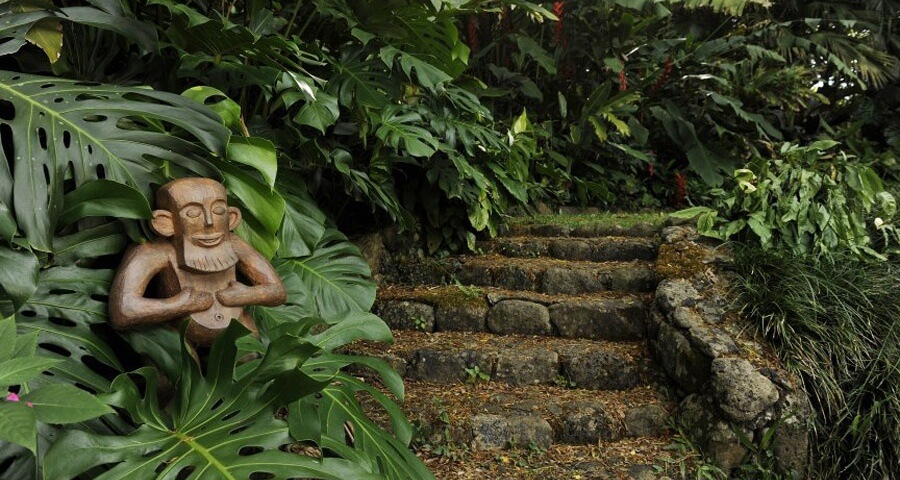 Punahou is a forest located on the north side of the Haleakala crater on Maui. These three Menehune were Ha’alulu, Molawa, and Eleu. They each had an exceptional special power! Ha’alulu means “to tremble,” and so, whenever this man became cold and started to shake he would become invisible and was able to do as he pleased unseen. Eleu’s name translated as “quick and nimble,” and so he was. Eleu was so quiet that he could easily disappear and was much too quick to be followed. And finally, Molawa’s name translated as “lazy.” This might not seem like a special power, but whenever Molawa seemed to be sleeping or lazy, he was actually traveling the island, imperceptibly doing good deeds.

3-Time Olympic Gold Medalist is the Father of Modern Surfing

What To Buy In Maui, Hawaii, USA