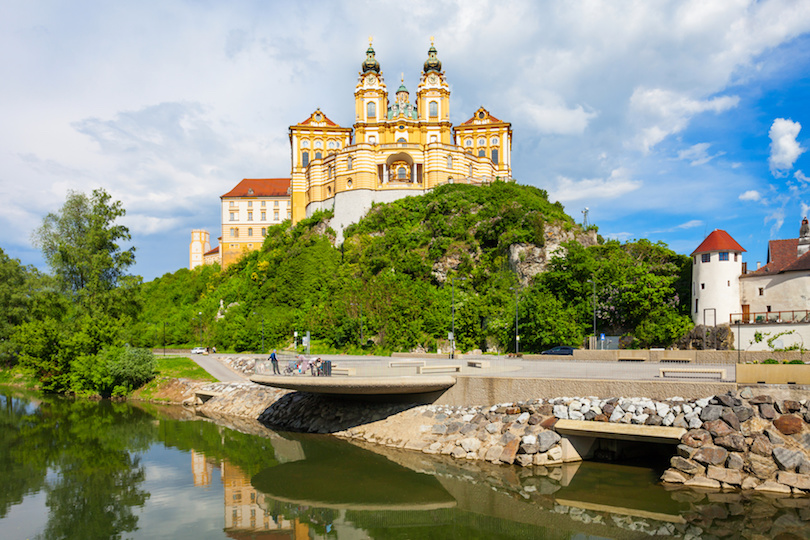 Get out of the Austrian capital for day out with a knowledgeable guide who’ll whisk you through the nearby Wachau Valley, where vineyards, old abbeys, and ancient forests await you. This is a perfect opportunity to soak up the charming Austrian countryside, with all of its villages and picturesque landscapes. 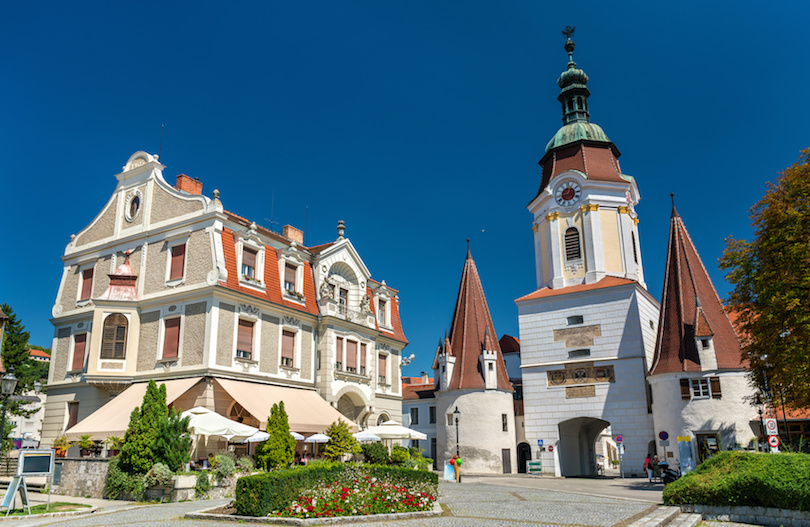 Hop on a coach and travel though the lovely Wachau Valley and follow the course of the Danube River all the way to Krems and Melk. You will the pass medieval castle ruins of Burgurine Durinstein on the way before heading on a cruise on the Danube itself passing the town of Krems as you float on. 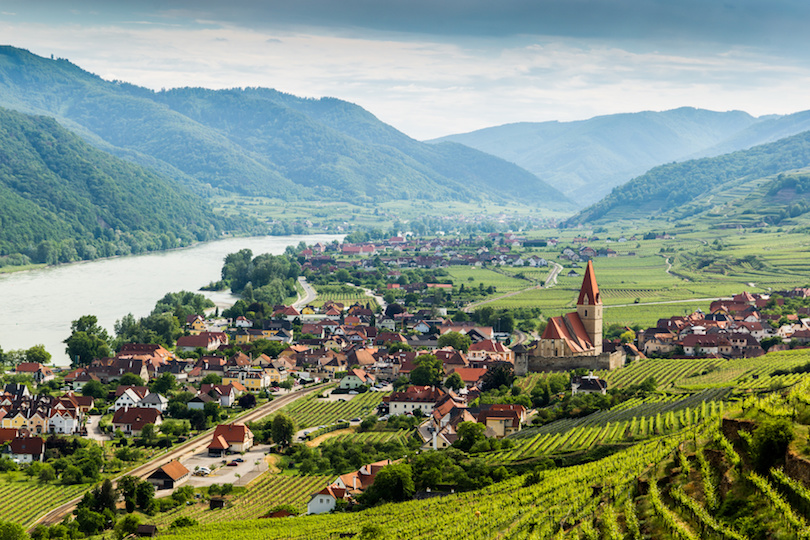 The next stop is Melk. It’s an ancient town that’s even linked to the Romans, but it’s Melk Abbey that’s the big draw here.

You’ll get to walk around its lovely grounds and gardens before embarking on a tour of the abbey. In its scenic setting overlooking the river, this historic Baroque style abbey dates was built in the early 18th century but actually dates back to the 11th century!

And you won’t have to worry about going hungry. You’ll either get a tasty meal on the boat itself, or you’ll venture onshore for a delicious and traditional lunch in an Austrian restaurant. And then it’s back to Vienna.

Sound of Music Tour in Salzburg 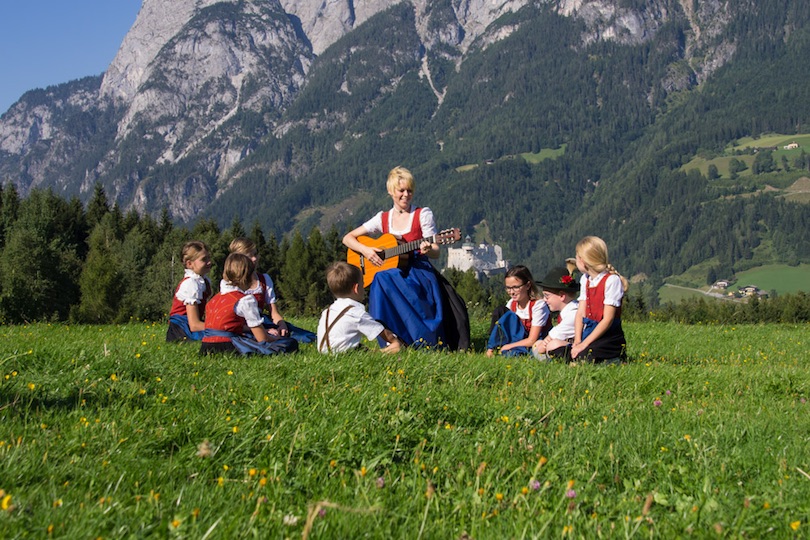 If you’re a fan of The Sound of Music, then this is most certainly the tour for you. You’ll get to spend four hours on a jam packed tour full of the sights, sounds, and locations from the musical itself. Meet your guide in the center of Salzburg and get ready for some fun. 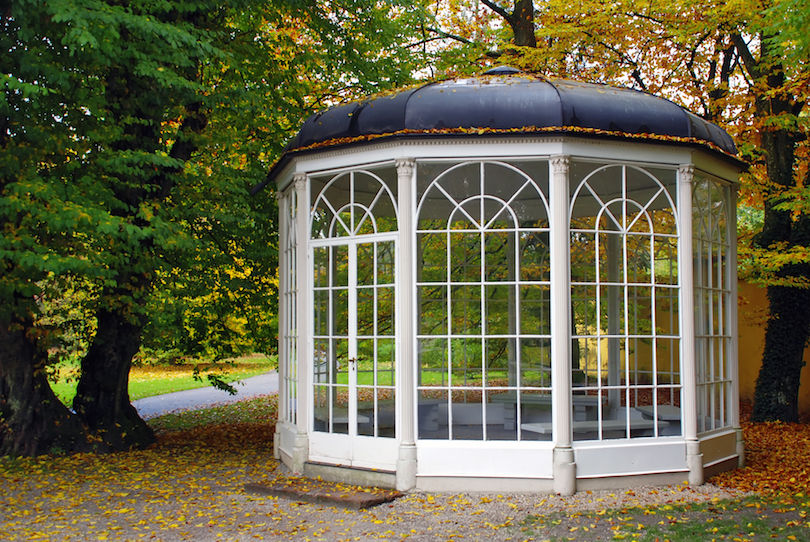 And even if you’re not a Sound of Music superfan, this is still a fun tour if you’re a fun loving sort of person. Get ready for singalongs and quirky titbits of information and factoids about the film. The tour guide is enthusiastic, has a great sense of humor, and will show you all the famous spots in and around Salzburg where the movie itself was filmed, including Mirabell Gardens. 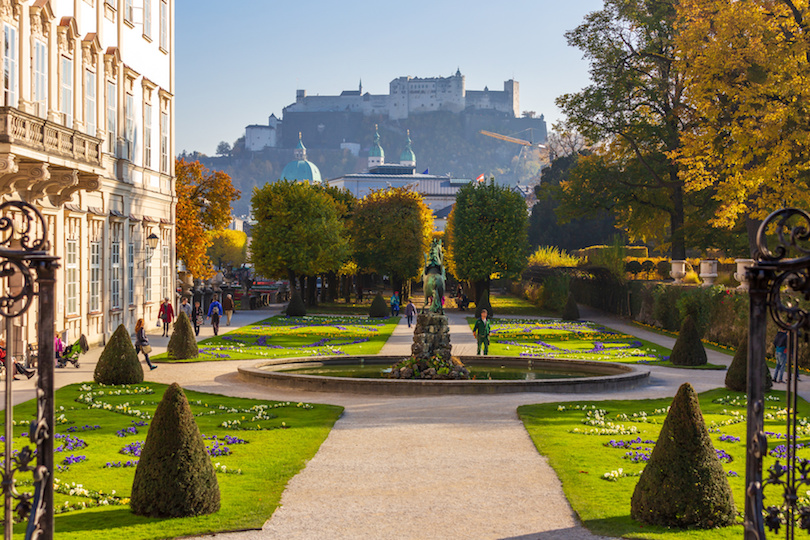 Head out of the city to the mountains and valleys on the Sound of Music bus where all of you on the tour will catch a glimpse of the most iconic buildings and locations from the film.

You’ll get to see the famous ’16 Going on 17′ gazebo, as well as the beautiful Von Trapp house on the lake itself – aka Leopoldskron Castle. But before that you’ll see Hellbrunn Castle, plus you’ll visit the Nonnberg Abbey: the convent in the hills where Maria lived.

There’s also Saint Giligan and Lake Wolfgang, which make up the famous scenery at the beginning of the film. And finally the church where the wedding takes place, Mondsee Cathedral.

And on the bus you’ll even listen to the soundtrack! 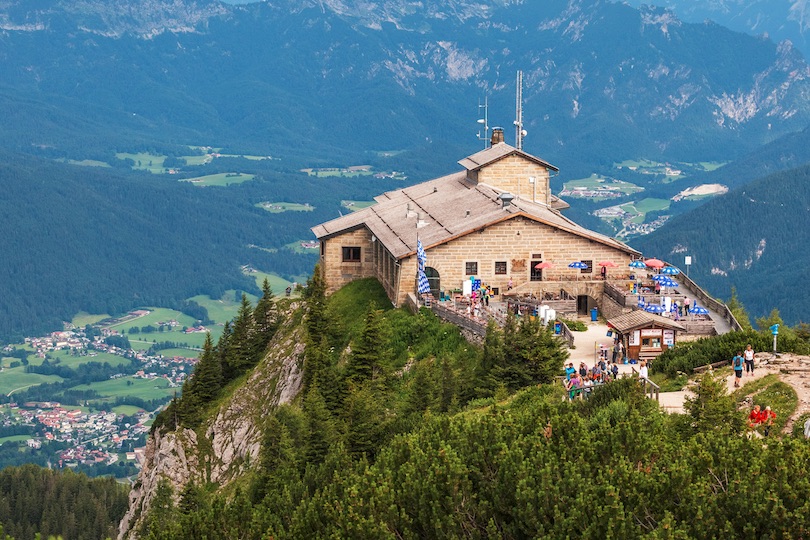 For history fans, take a trip out of Salzburg – and out of Austria itself – to the southern German state of Bavaria. You can meet your guide in the center of Salzburg and then travel through the beautiful landscape between the two countries. All the while you’ll be informed about all the beautiful Alpine views that you’ll be soaking up along the way. Including Hellbrunn Castle and the Konigsee Valley.

But it’s not all about stunning scenery. This one is about history, so you’ll be pleased to know that you’ll be taking the road all the way to the infamous Eagle’s Nest. This was the exclusive meeting place for members of the Nazi Party for social and government meetings. You can take the elevator all the way to the top of the peak where it sits: Kehlstein. 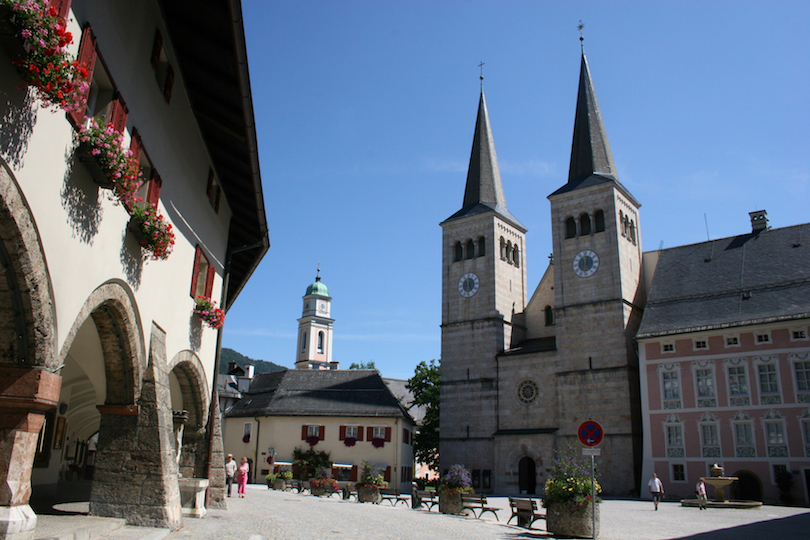 It’s a strange one, since it’s beautiful but comes complete with a dark history as well. The red marble fireplace that Mussolini gave to Hitler is still here, for example.

But today it’s a restaurant. So you can wander around the rooms and then grab something to eat. There’s even a nice beer garden where you can sit in the summer months. On a clear day you can even see all the way to Salzburg!

Afterwards, you can go to the charming town of Berchtesgaden, where you’ll have time to explore at your own pace. And then you’ll be whisked back to Salzburg. 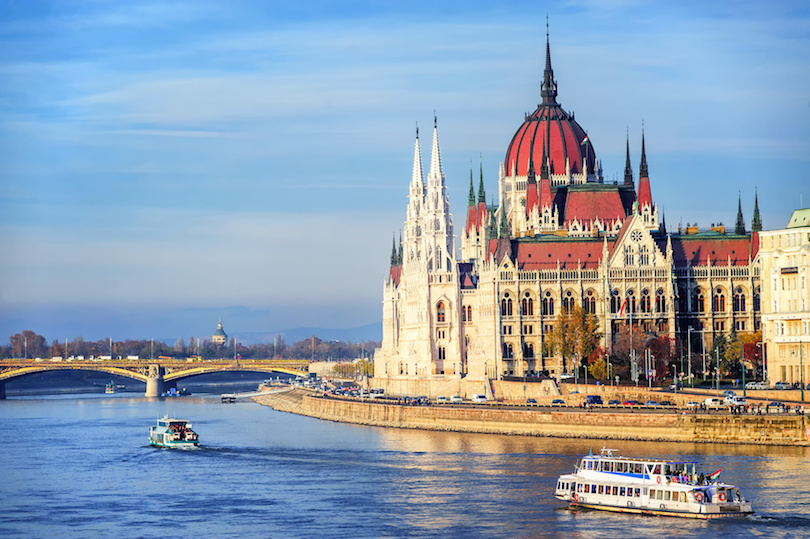 Make your most of being set in a central European location by heading out of the Austrian capital and to another country itself: Hungary! Travel through lovely stretches of countryside all the way to the capital of Budapest. 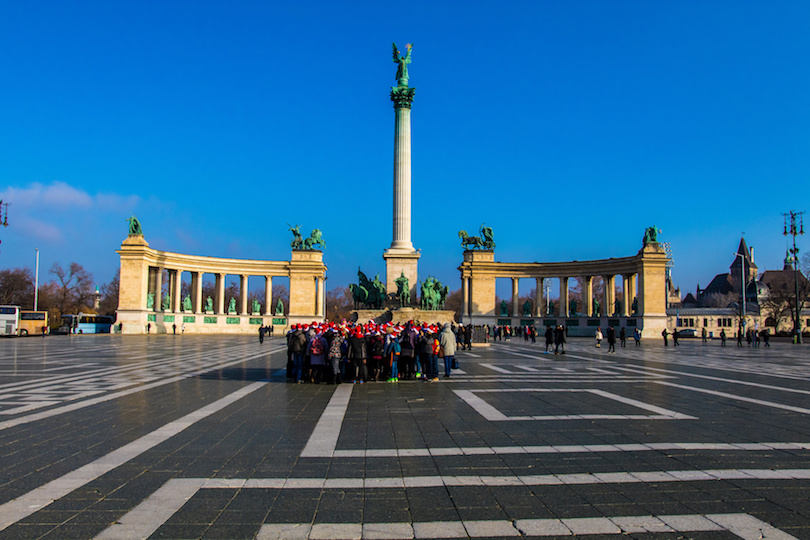 Set on the Danube River, you get to spend the day here getting to explore the storied Hungarian capital itself. For a start there’s the Gothic style Parliament Building, which is beautifully ornate. Then you’ll also get to walk across the famous Chain Bridge to the Buda side of the river. 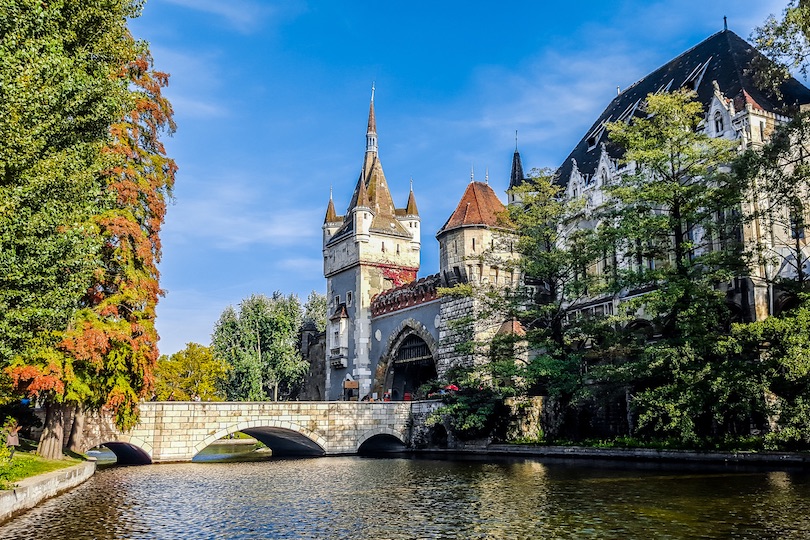 This side of Budapest (since it’s split into two halves) is very different to the Pest side. Here it’s all medieval buildings, charming old streets, the castle, sights around the Fisherman’s Bastion, and the St Matthias Church which dates all the way back to 1015!

Then it’s on to the Pest side, you’ll see St Stephen’s Cathedral, the Hungarian State Opera House, Vajdahunyad Castle, and then it’s a drive along Andrassy Avenue to Hero’s Square; one of the main sights of the city, your guide will tell you all about this central spot.

There’s plenty of time to see all the main sights here, plus you can also lunch at a local establishment in the city. So if sampling some traditional Hungarian cuisine sounds good to you, you’ll love this part! Afterwards you’ll also have time for a spot of shopping before you head back to Vienna. 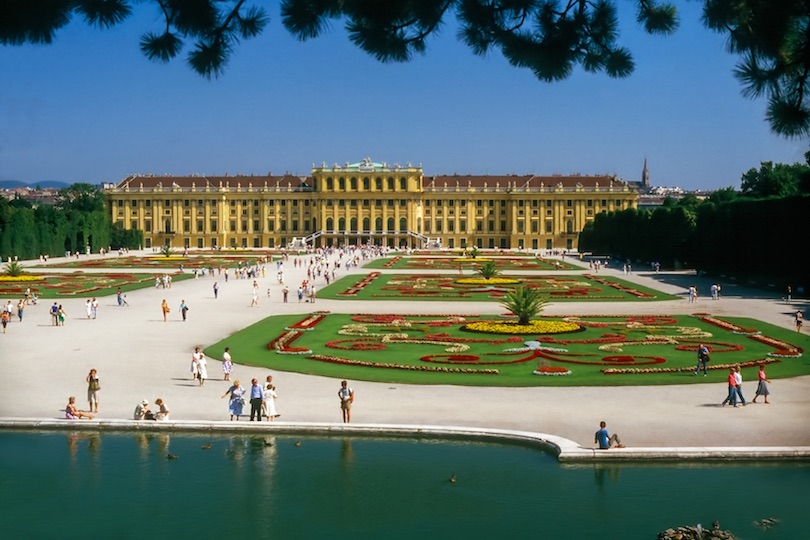 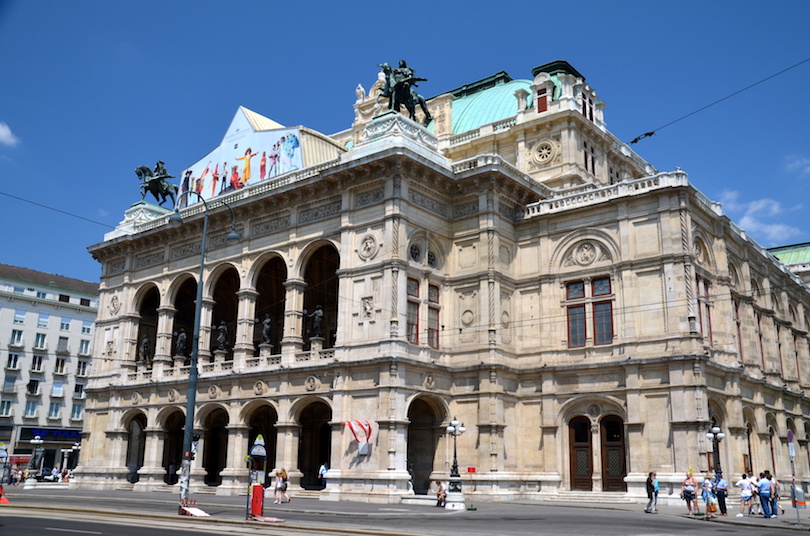 You’ll be driven around on a coach, past some of the best spots of the city – past Hofburg Palace, Vienna State Opera House, Burgtheater and the City Hall – all along the Ringstrasse, the famous road that encircles the city with its numerous monumental buildings. 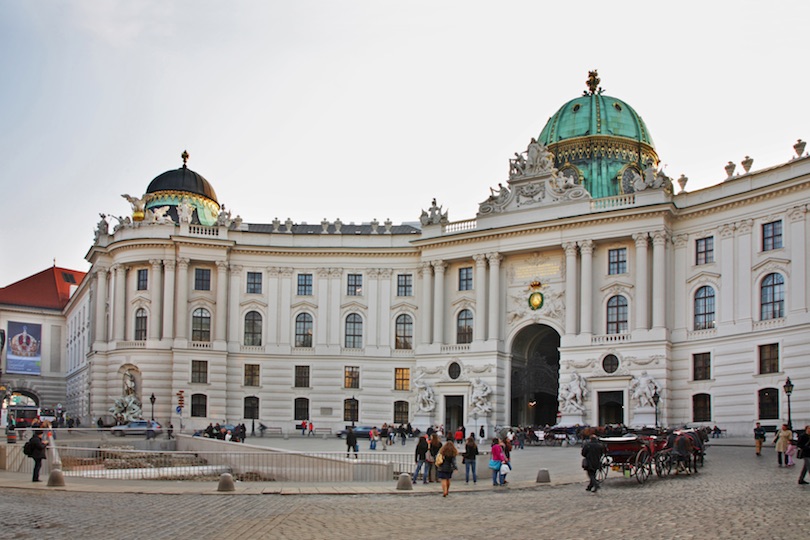 But easily the highlight of this tour is Schonbrunn. This sprawling exquisite palace is one of the most visited attractions in Vienna, so for a really great way to see this top sight, how about skip the line tickets? It means you’ll make the most of your time and get to jump right into this historic building, once the summer home for the Hapsburg monarchy.

Your guide will be full of facts and information about Schonbrunn, as well as stories and tales about the former occupants. Walk through its sumptuously decorated, gilded rooms, imagining what it must have been like to live such an opulent life.

10 Culture Shocks Tourists Have When They Visit Austria

Austria off the beaten track: 14 hidden gems in Austria you didn’t know existed