Australia. The land of sun, nature and endless stretches of surf beach. The very fact that the entire country is surrounded by ocean, reef and thousands of islands makes for a pretty epic backpacking destination. Travelling inland from the sea will have you stumble upon National Parks, Rainforests and the mighty Outback. The weather is great for most months of the year and getting around as a traveller is easy. There’s a little something for every kind of backpacker, from parties to secluded beaches, from unique animals to endless swimming spots and of course, the laidback locals. Here’s a few reasons why we think Australia is BEST backpacking destination in the world.

1. The very existence of Goon ensures that you can drink every single day and still keep within your budget

3. You have over 500 National Parks in Australia to explore

4. You can Snorkel or Scuba Dive in the world’s largest living organism – the Great Barrier Reef

5. And snorkel alongside the gigantic Whale Sharks in Ningaloo Reef

6. Or the playful Sea Lions in Port Lincoln

7. It is home to Whitehaven Beach in the Whitsunday Islands, which is continuously voted in the Top 10 World’s Best Beaches lists 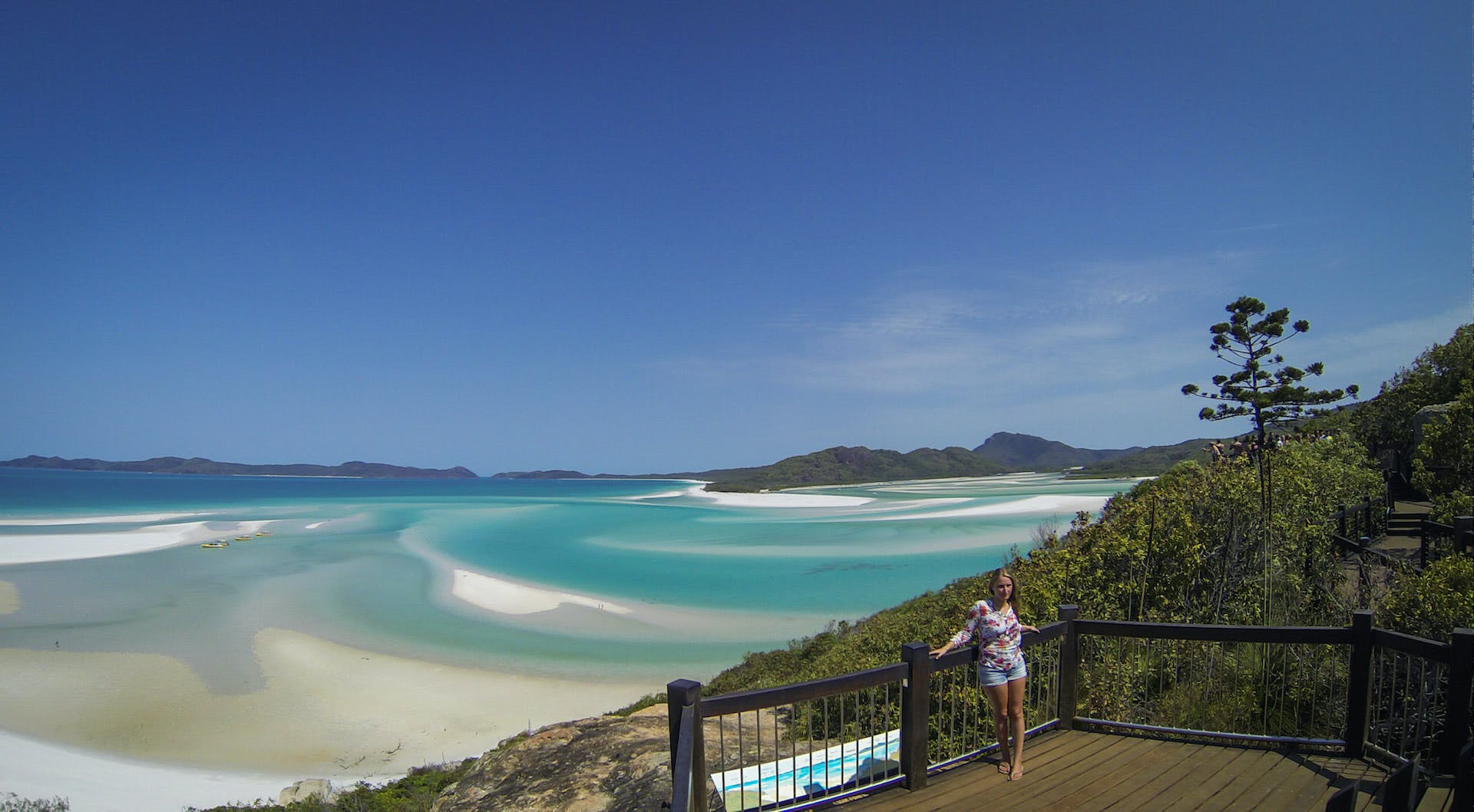 8. You can climb the highest rock in the world in Western Australia – Mt Augustus

9. You can eat Avocados every day, with almost everything and not get frowned upon

10. You can drink everyday of the week, at anytime of the day and not get frowned upon

11. You can eat the country’s national emblems and not get frowned upon – the Emu & Kangaroo

12. Each State has a unique landscape 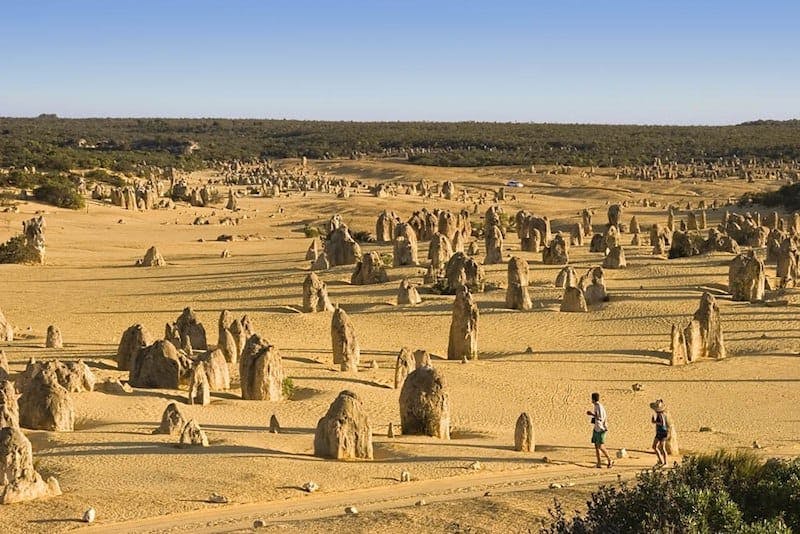 The Pinnacles in WA – a unique landscape
By Ruth Ellison from Canberra, Australia (Flickr) [CC BY 2.0], via Wikimedia Commons

13. Even if you travelled the entire length of Australia’s East Coast, you still have the entire Northern Territory, Western Australia, South Australia and Tasmania to explore

15. Australia’s major cities have some of the best Rooftop and Outdoor Beer Gardens in the world

16. If you were to visit a new Australian beach every day – it would take you 27 years to see them all

17. Don’t forget to visit Hyam’s Beach in NSW – with the world’s whitest sand

18. Although boring, you can visit the world’s oldest living organism in Western Australia – the Stromatolites

19. And did you know that Western Australia has a bright Pink Lake? 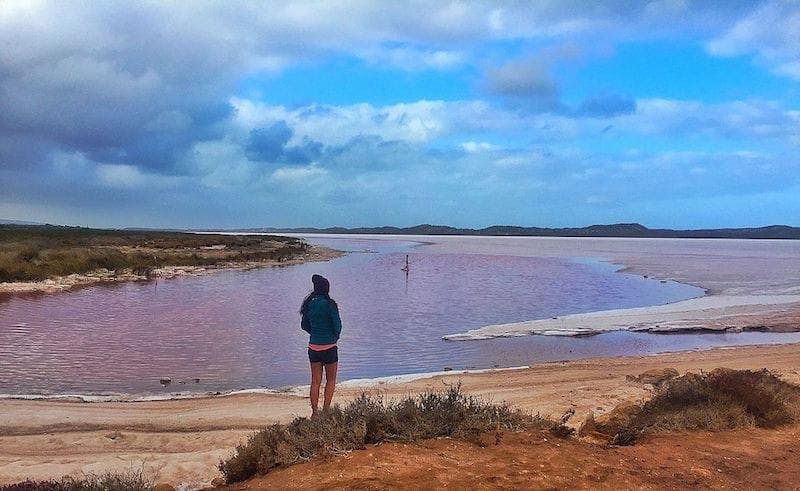 20. You can get a selfie with some of the strangest and unique animals in the world – the Kangaroo, Emu, Koala, Echidna, Quokka and the Platypus – just to name a few!

21. & You can visit Australia’s BIG Things – the BIG Banana, the BIG Koala, the BIG Bogan – the list goes on!

22. You can wear Thongs “flip flops” in the northern parts of Australia almost all year round

29. There are so many unique places to see…

30. Such as a gigantic Salt Lake in the Outback – Lake Eyre

31. And the gigantic waterfalls of Kakadu and Litchfield National Park south of Darwin 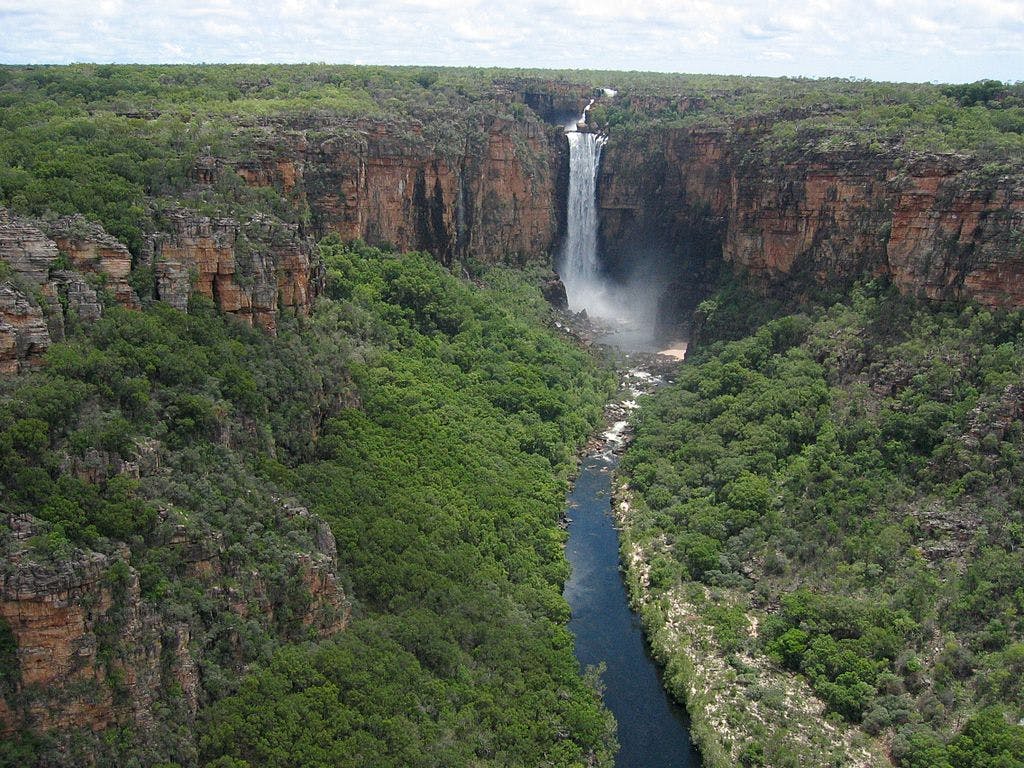 33. And the Sydney Opera House

34. And the very eerie Pinnacle Desert in Western Australia

35. You can swim alongside Crocodiles at Darwin’s Crocosaurus Cove

37. You can stay in the world’s most liveable city – Melbourne

38. And the world’s most friendliest city – Sydney

39. You can tick off 19 UNESCO World Heritage Listed sites

40. And chill out in Tasmania which has the world’s cleanest air