The 4-year-old son of a wildlife photographer in Zimbabwe fearlessly walked up to a 6-ton African elephant “to say hello” and pet the massive animal on the trunk as it ate.

In a video taken by his mother, Lesanne Fowler, you can hear her say in amazement of her son, “God he’s unbelievable, just so chilled.” 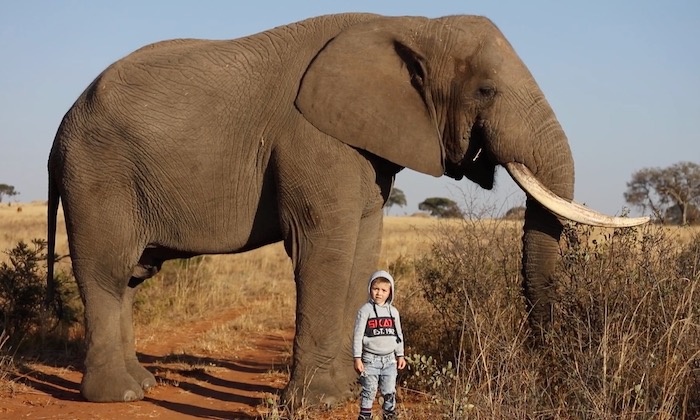 Frosty, meanwhile, could aptly describe some of the reactions from commenters under the YouTube video (shown below).

“And the award for the dumbest parents goes to…” wrote another.

But what the video and description fail to disclose is that at the Imire Game Park in Wedza, Headlands, Zimbabwe, elephants and giraffes are around people all the time, as evidenced in photos on the park’s Facebook page.

Also on FTW Outdoors: Can you spot the hiding mountain lion ready to attack?

Asked by USA Today/For The Win Outdoors, if the youngster walked up to the elephant on his own and whether it was safe, Fowler replied, “He did walk up to it on his own, but the ele is very used to people and children. There were handlers a few meters away as well.”

The video description said Fowler was shooting photos for a wildlife artist when her son went “to say hello.” Watch as the young boy stands side by side and interacts with an elephant:

“My son is particularly amazing with animals and I want to harness that, obviously always taking precaution as well though,” Fowler told For The Win Outdoors. “He was not in any danger.”

One photo on the cover of the Imire Rhino and Wildlife Conservation website shows two elephants walking ahead of a large group of people in one example of the closeness between elephants and humans. 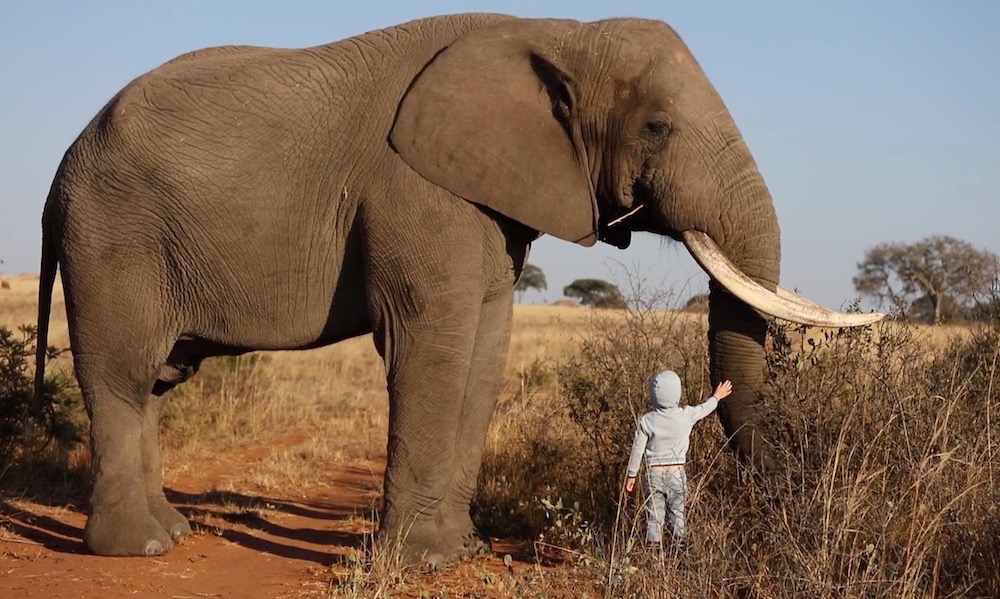 The organization’s home page states, “Experience the Magic of Imire. Only 90 minutes from Harare, Imire has something to offer everyone. Escape the hustle and bustle of the city and enjoy a day or two relishing world-class food and hospitality at Imire Lodge, or spend a bit longer volunteering in Africa, hands-on with our elephants and rhino. Either experience guarantees you a wonderful time all while contributing to an important conservation cause.”