Everyone knows Hawaii has plenty of traditions that have been carried on for years and years. But, traditions aren’t the only old things on this island. Hawaii is a paradise… a restaurant paradise. Check out these old restaurants like the Manago Hotel, Huggo’s and more where you can not only have a delicious meal but also learn about Hawaii’s history. 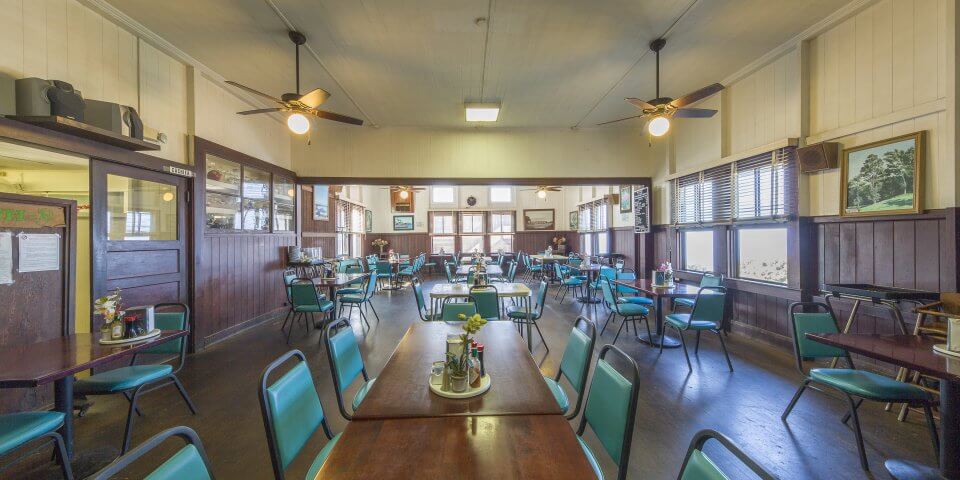 The Manago Hotel Restaurant is the oldest restaurant in all of Hawaii! Located in Captain Cook, it’s been around since way back in 1917, when it started out as part of a hotel with just two cots and a handful of futons.

They’re most famous for their pan-fried pork chops! If you aren’t feeling up for their famous dish, they’ve got plenty of fresh seafood like Ahi, Mahi Mahi, and Ono. They used to be a secret that only the locals were familiar with, but these days, tourists have learned of this awesome location. You won’t want to miss an opportunity to have breakfast, lunch, or dinner in the historic establishment of the Manago Hotel. 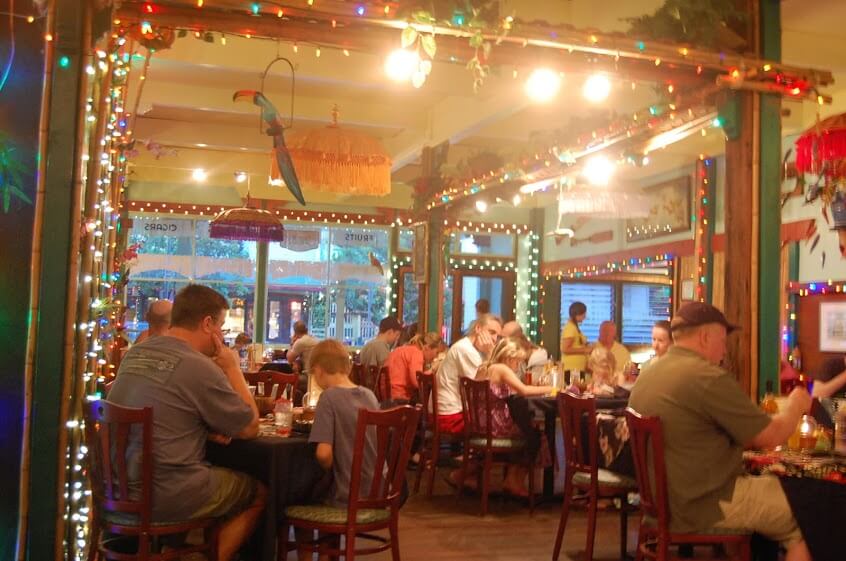 At the Bamboo Restaurant and Gallery, they aren’t positive what year the Harada family built the original hotel, but they estimate that it was sometime between 1911 and 1915. Even back then, the establishment was serving dinners to men who came to the island to work on sugar cane plantations.

The business was foreclosed upon and passed on to the Takata family, who operated it as a grocery store, selling dry goods. They successfully ran their business for sixty-five years before moving on to another location and opening up space to the sixteen months of renovations it needed to become the Bamboo Restaurant and Gallery.

They’ve kept much of the interior design, so this place is steeped in historical details. The kitchen is even in the same place it was when the hotel was originally built.

Today they’re serving what local farmers and fishermen provide and displaying the artwork of local artisans. This location is an awesome place to enjoy a tasty meal and learn some island history while you’re at it. 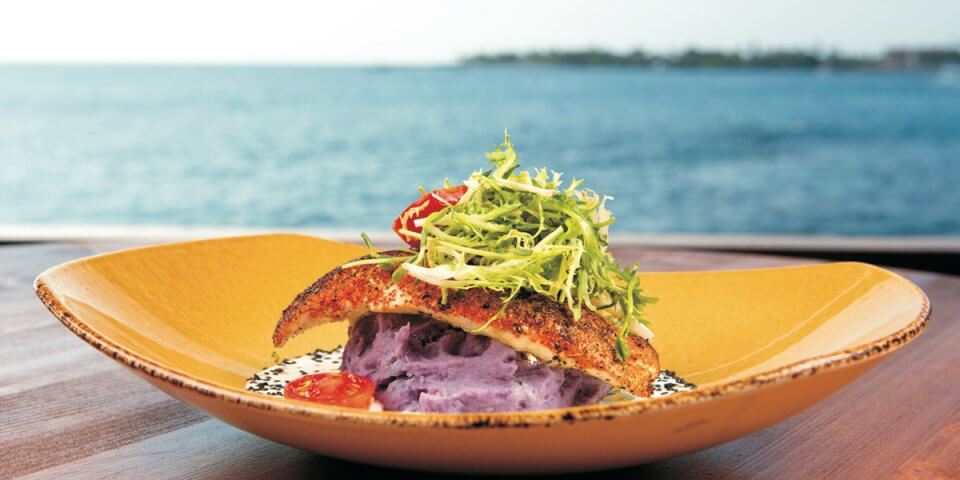 Huggo’s restaurant has been overlooking the ocean since 1969. From day one, they’ve had a good reputation with visitors and locals alike, and it only continues to grow. For decades, they’ve had relationships with local boat captains who bring them fresh catches every day.

If you choose to indulge in one of Huggo’s seafood creations, there’s a good chance that the catch on your plate will have been swimming in the beautiful blue ocean just mere hours before becoming your dinner! You’re bound to be in heaven if you try one of their dishes like Crab-Crusted Ono or Maui Onion Crusted Ahi.

And if seafood isn’t your favorite, they’ve got plenty of other delicious dishes. Perhaps the Grilled Chicken with Tamarind-Orange Glaze is the meal for you. Either way, you won’t want to miss the Ginger Creme Brulee for dessert.

At Huggo’s, their motto has always been “good food and good fun,” and they strive to make sure you have not only a memorable meal but also a memorable dining experience overall. They’ve had many years of experience here, so you’re in good hands. 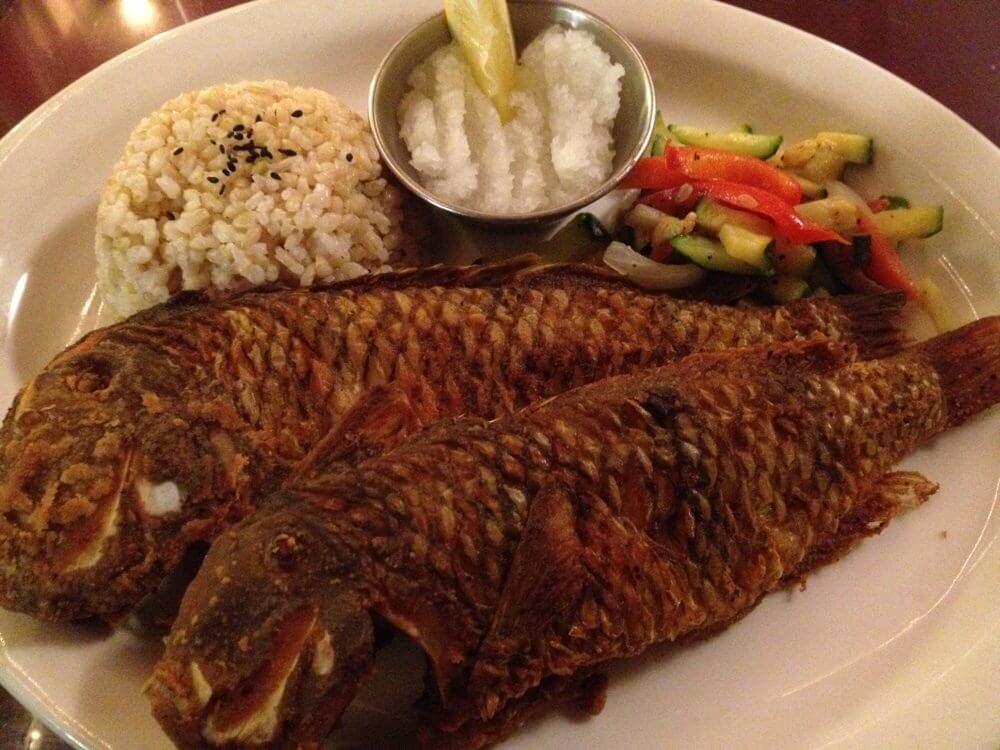 This restaurant in Hilo has existed since the 1920s! The Nakagawa family takes good care of their restaurant and Aqua Farm. In fact, you can enjoy the view while you eat. Feast your eyes on Lokowaka, their thirty-acre natural brackish fishpond.

They’re the only Hawaiian restaurant with a working fish farm. It’s perfect for catching a breathtaking sunset or watching egrets roost. Your eyes won’t be the only things feasting, though. Though the original restaurant only served mullet and chicken, The Seaside Restaurant has expanded their menu to include beef, veal, and tons of fresh seafood.

They’ve been voted as having the best seafood for an incredible sixteen years in a row! And that’s only one of their many honors. The Seaside Restaurant can seat up to 175 people, but they’re very popular, so be sure to call and make a reservation.

11 Stereotypes About Hawaiians You Shouldn’t Believe

4 awesome reasons to vacation in Hawaii