Ireland, the Emerald Isle, isn’t the most obvious choice for a honeymoon. The land of Guinness, U2, and St. Patrick has a reputation for rain (it’s why the island is so green, after all) and lacks the tropical beaches many honeymooners seek. But for those more interested in culture, history, light adventure, and beautiful, pastoral scenery, it’s a great place for a romantic trip to start your life together.

Here are just a few reasons to consider an Ireland honeymoon destination.

1. Royal Accommodations in a Restored Castle

There are more than 30,000 castles and castle ruins dotting the Irish countryside and dozens of them have been restored and reopened as luxury hotels, which means you don’t have to be royalty to sleep in an Irish castle.

One of the most beautiful and luxurious is the 800-year-old Ashford Castle, set on Ireland’s largest lake in the village of Cong, about an hour from Galway. The five-star hotel was once the home of the Guinness family and underwent a $75 million renovation in 2015. The 82 rooms boast large fireplaces, soaring ceilings, beautiful antique furnishings, radiant heated floors, marble showers, and deep-soaking tubs. There’s an on-site spa, cinema, several restaurants and lounges, a billiards room, art gallery, wine cellar, and activities on the 350-acre estate include horseback riding, falconry, shooting clay pigeons, fishing, hiking, golf, archery, afternoon tea, or a morning walk with the resident wolfhounds. In short, it’s a property fit for a royal couple—with plenty to appeal to honeymooners, too.

2. Incredible Activities for the Amateur Adventurer

Ireland may not be the first place you think of when it comes to adventure travel, but for active honeymooners, it’s a great destination for “soft” adventures in the great outdoors. Ireland is dotted with lakes, making fishing a popular activity, and its ample miles of coastline means that there are dozens of surfing, paddling, snorkeling, and diving opportunities. Quiet country lanes are perfect for biking; there are plentiful trails for horseback riding, and dozens of hills and mountains (13 of which are more than 3,000 feet tall) invite hikers of all fitness levels. It’s even possible to hike from inn to inn, hiring a company to transport your bags to your next accommodations each day. And for an activity that combines fitness with Irish traditions, there’s falconry, which typically involves “flying” a hawk for an hour or so; as you walk through the woods, the hawk periodically flies away and returns to land on your leather-clad arm. 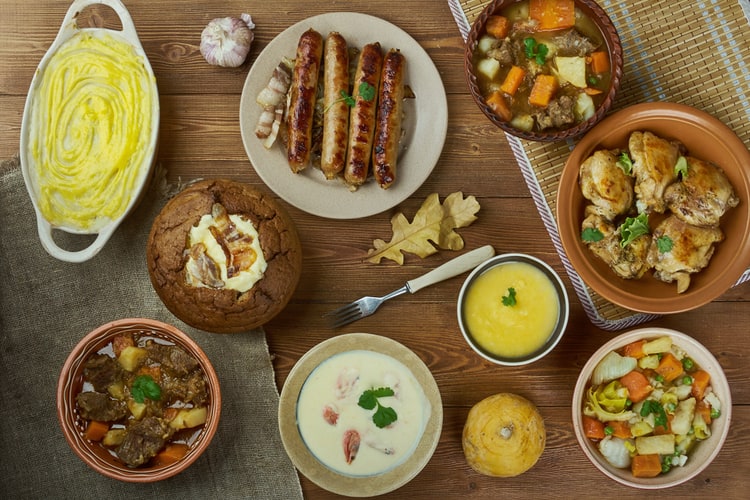 Traditional Irish food may not have the cache of its French or Italian counterparts, but the culinary scene in Ireland has much to offer. There are 18 Michelin-starred restaurants in the Republic of Ireland, including two-starred Patrick Guilbaud in Dublin and one-starred Aniar in Galway, which each feature traditional, local ingredients presented with modern techniques and artful construction. From boxty (a potato crepe with savory fillings) to smoked salmon, fried fish ‘n chips to black pudding (blood sausage mixed with oatmeal), sweet Atlantic lobster to tender local lamb, Ireland’s food is homey, fresh and delicious.

And of course, you can’t forget the drinks. Ireland may be best known for Guinness beer and Jameson whiskey—and there’s plenty of that—but there’s also a new crop of craft beers and distilleries making creative brews and artisanal spirits. Stop by Dingle Distillery on the Dingle Peninsula for a taste of their small-batch gin, whiskey, and vodka. Head to Galway Bay Brewery for a taste of their unique beers, like the Stormy Port porter. Or head to the Celtic Whiskey Bar & Larder in Killarney for whiskey flights or craft cocktails using local spirits.

4. Beautiful Scenery at Every Turn 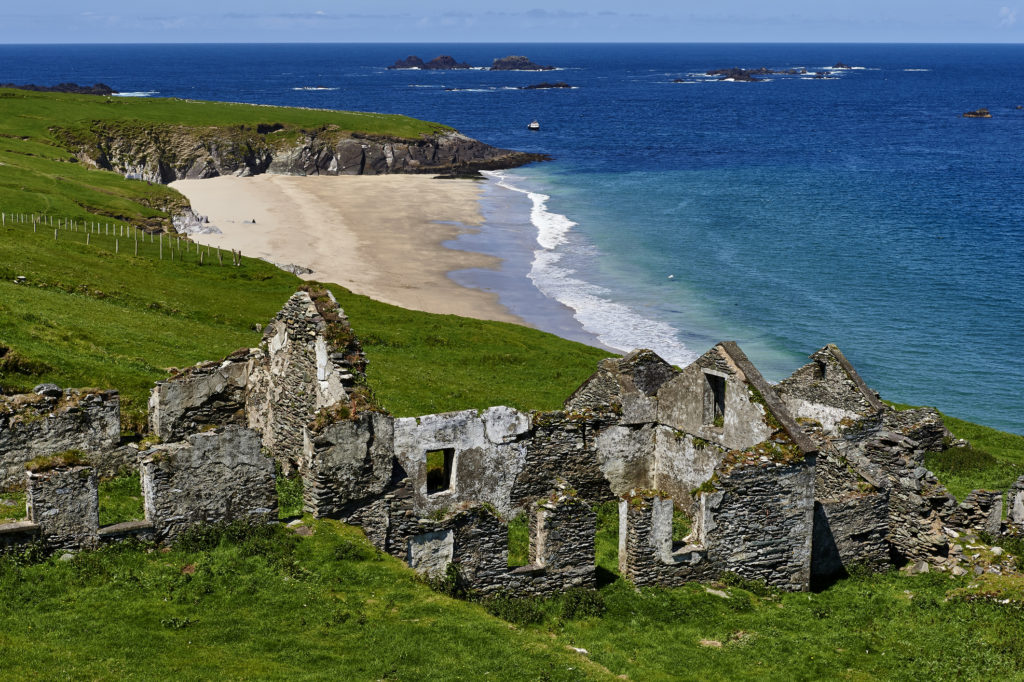 While most people associate Ireland with rolling green hills crisscrossed with stone fences and dotted with fluffy sheep, the country also has towering sea cliffs, ochre mountains, rocky limestone karst hills, and expansive sandy beaches. Pick an area of the country to explore in-depth on your Ireland honeymoon and plan a scenic drive, such as the coastal Wild Atlantic Way or the Ring of Kerry around the Iveragh Peninsula. Another option: Map a route of the country’s highlights, which include the 700-foot Cliffs of Moher, the limestone karsts of the Burren, the rolling hills of Connemara National Park, the seaside Dingle Peninsula, the narrow mountain pass of the Gap of Dunloe, and the Giant’s Causeway of Northern Ireland (a field of 40,000 interlocking basalt columns).

Where Can You See Mythical Ireland?