If you’re moving to Austria, now is a good time to learn more about your new home and a great place to start is with these 30 facts about Austria.

How much do you really know about Austria? Located at the heart of Europe, the country has a rich and varied history – and an exciting future. To help you discover more about this captivating country, we’ve put together a list of our favorite Austrian facts. From skiing to Schnapps, here are 30 informative and interesting truths that might just surprise you.

The official English name for the country is the Republic of Austria – but where does this name originate? The word Austria actually comes from the country’s German name, Österreich. This means ‘Eastern kingdom’ in German, or ‘Eastern empire’.

2. … with one of the world’s oldest flags

If you’re in Austria, you’ll probably come across the iconic red and white stripes of the country’s national flag. Interestingly, although the actual date remains contested, the flag is thought to date back to the 12th century. As legend has it, the red symbolizes the blood spilled by Duke Leopold V at the Siege of Acre. Definitely one of the gorier facts about Austria!

3. Austria has no coastline…

Like many of its central European neighbors, Austria is entirely landlocked. Indeed, while boundaries and borders have shifted over the years, modern-day Austria borders an impressive eight other countries. These are Germany, Czech Republic (Czechia), Slovakia, Hungary, Slovenia, Italy, Liechtenstein, and Switzerland. 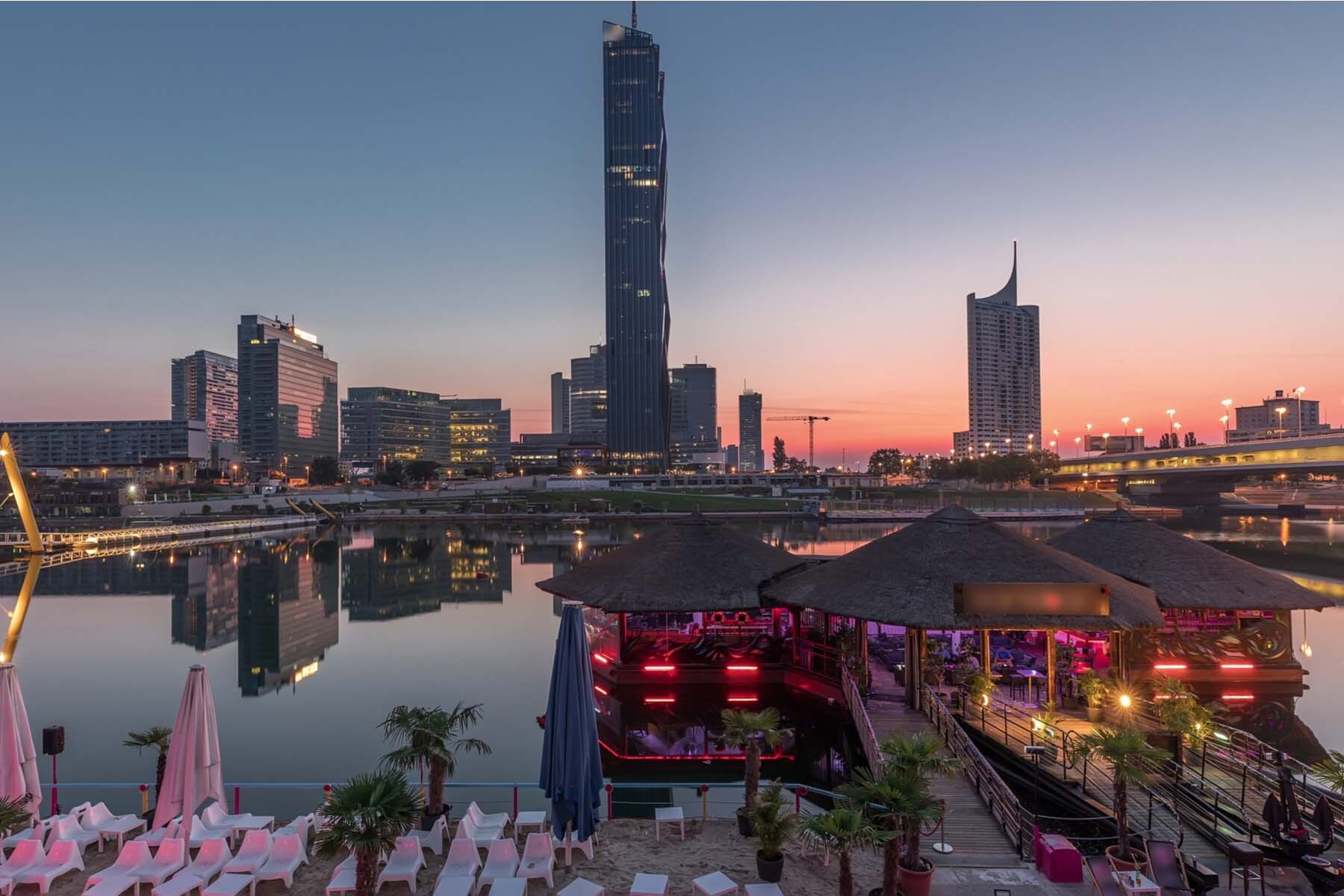 4 … but does have the Blue Danube

It might not have a coastline, but you’ll still find a cluster of beach bars in Vienna, alongside the banks of the mighty River Danube. Europe’s second-longest river twists through the north of the country, taking in Linz and historic Tulln before reaching the capital. The majestic river inspired local composer Johann Strauss II to write his famous waltz, The Blue Danube. Find more great bars in Vienna.

5. Most of the country is alpine…

While the northern parts of Austria are fairly flat, much of the rest is mountainous in nature. In fact, the beautiful Austrian Alps cover a whopping 62% of the country. The highest peak among all these mountains is the Grossglockner, sitting at an impressive 3,798 meters. You’ll definitely need your walking boots to climb these facts about Austria.

6. … with plenty of mountain activities…

With all these mountains, it’s safe to say that Austria is a paradise for those who love the great outdoors. In summer, the hills are alive with the sound of hikers taking in the country’s sumptuous mountains and valleys. There are over 2,000 long-distance hikes to choose from, many of which cover Austria’s 50,000 kilometers of mountain paths. 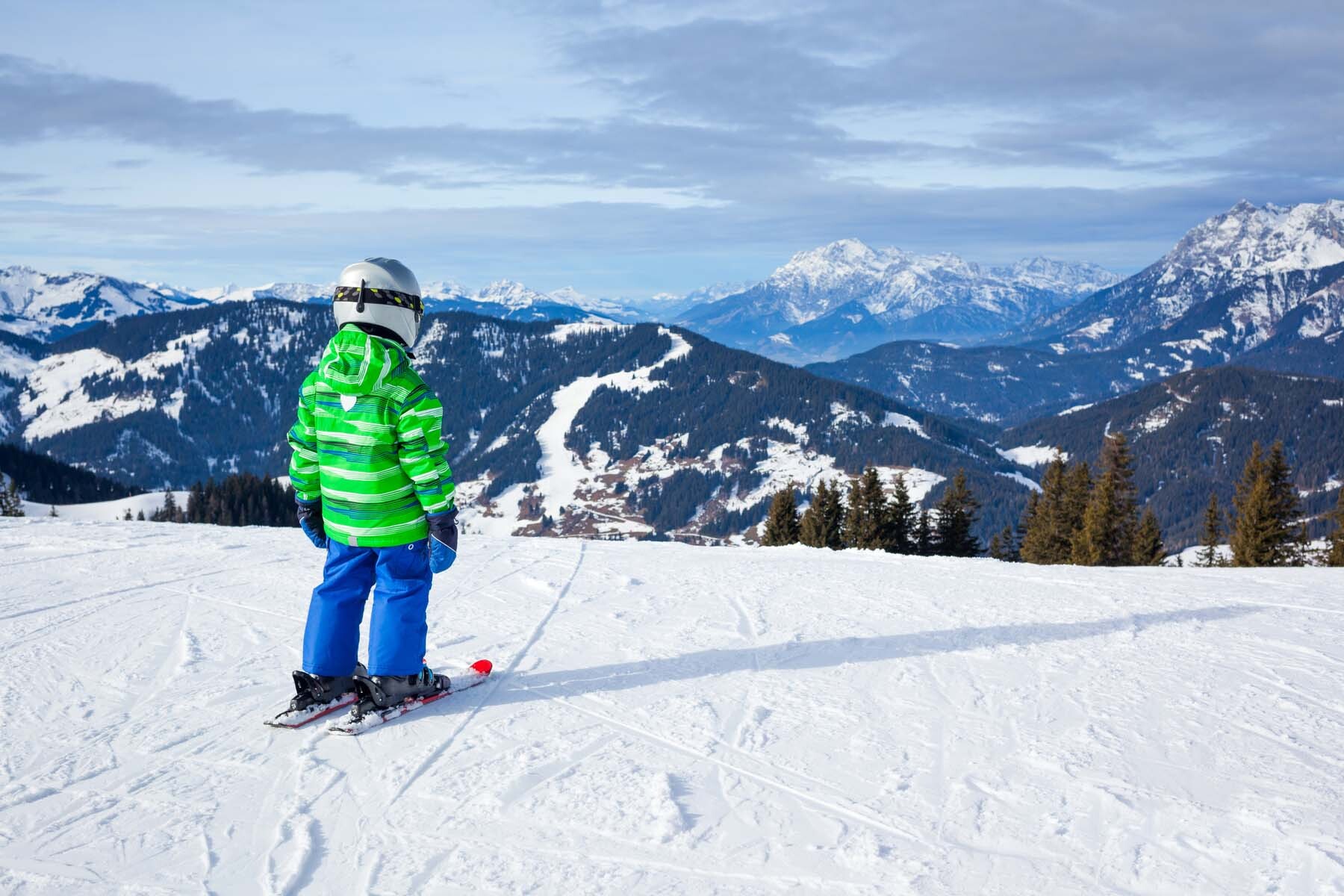 7. … and an impressive Olympic heritage

When winter comes, locals and visitors alike take to the slopes. Austria has a family-friendly skiing culture, with over 7,000 kilometers of runs and a cozy après-ski scene. The country’s popular winter sports destination, Innsbruck, also has the honor of being one of just three cities to host the Winter Olympics more than once, in 1964 and 1976.

8. A leader in renewable energy…

Austria definitely makes the most of its mountainous terrain when it comes to green energy production. In fact, around 80% of the electricity generated in the country comes from renewable sources, predominantly via hydro-electric dams. As well as being one of the more sustainable facts about Austria, this makes it easier than ever to power your home with green energy.

Austria’s grandiose capital, Vienna, is the former seat of the mighty Habsburg Empire. Once one of Europe’s most important imperial powers, the Habsburgs ruled Austria from 1276 until the end of WWI. The wealth and importance of the empire can still be seen today in the many elegant palaces, theaters, and museums in Vienna. 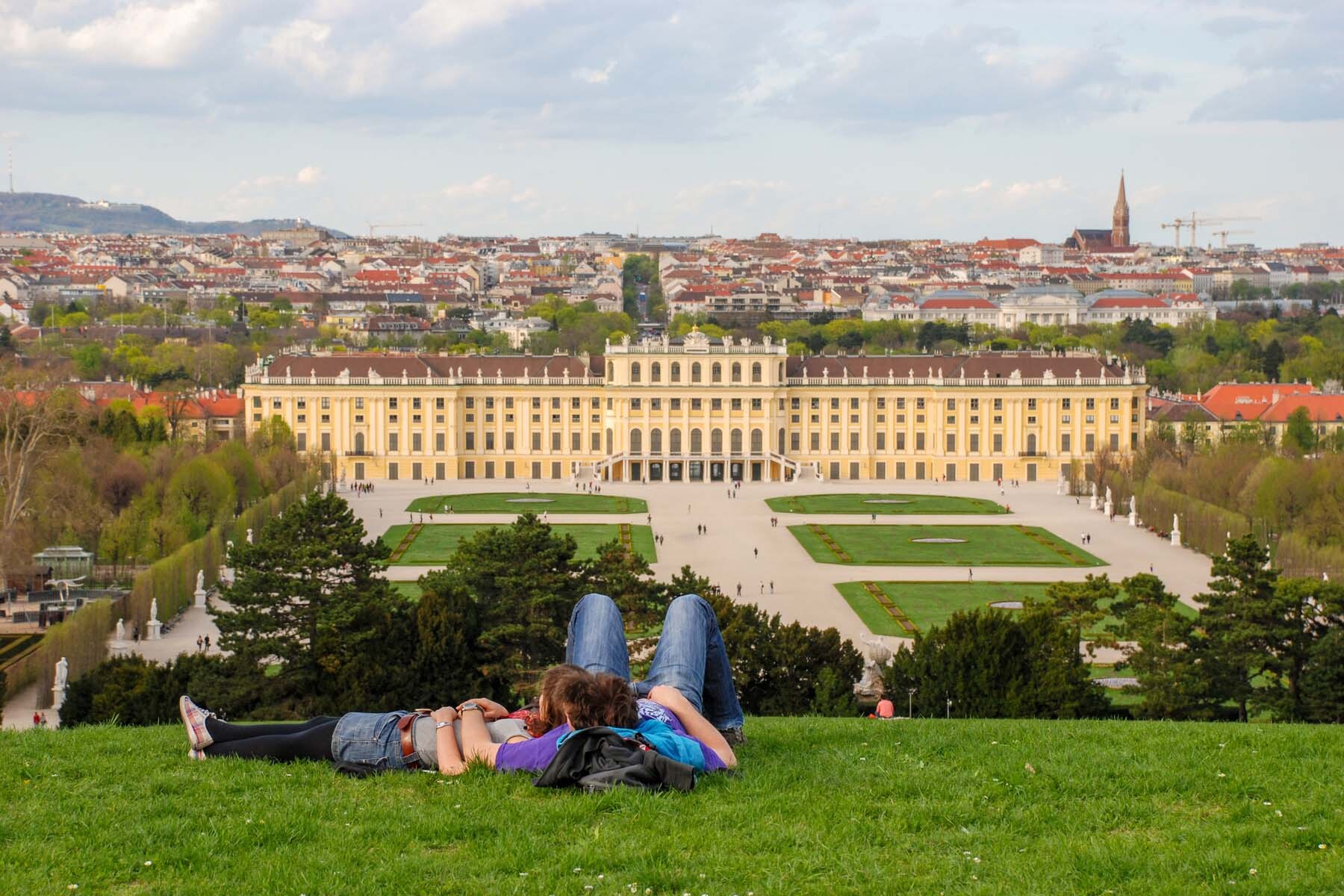 One of the most impressive reminders of this mighty empire can be found at the Schönbrunn Palace, just outside Vienna. This former summer residence of the Habsburg rulers has a staggering 1,441 rooms. Thankfully, you don’t need to be a Habsburg to explore the Rococo elegance of the palace and its gardens. Schönbrunn is now a popular tourist attraction.

Following the collapse of the Habsburg Empire in 1919, the Austrian Republic was formed. However, this did not last long. Following the rise to power of Austrian-born Adolf Hitler in neighboring Germany, tensions in Austria began to grow. Austria was finally annexed into Nazi Germany in early 1938, forcing much of the local Jewish population to flee their home.

In the immediate aftermath of the Allied victory in 1945, Austria was split into four occupation zones. Like Germany to the north, these were occupied by the United States, the Soviet Union, France, and the United Kingdom. These occupation zones remained in place until 1955, when Austria gained independence.

13. Peeking around the Iron Curtain

It may be peaceful and serene these days, but Austria was once at the forefront of Cold War tensions between the United States and the Soviet Union. This is due to the so-called Iron Curtain – the boundary between East and West Europe that included Austria’s eastern borders. Vienna sat barely 40 kilometers from this much-contested geopolitical division.

Austria joined the European Union on January 1, 1995, alongside Sweden and Finland. Before holding an affirmative referendum, the country had been seen as skeptical about joining the trading bloc. However, due to its constitutional opposition to military alliances, Austria remains one of the few EU members to not be part of NATO.

15. There are 9 Austrian regions

Austria is home to nine federal regions (Bundesländer), each with its own unique culture and characteristics. The most populous region is the capital, Vienna, which is home to over 1.8 million people. This is also Austria’s smallest region. Stretching along the Hungarian border, the wine-producing region of Burgenland is the least populated. 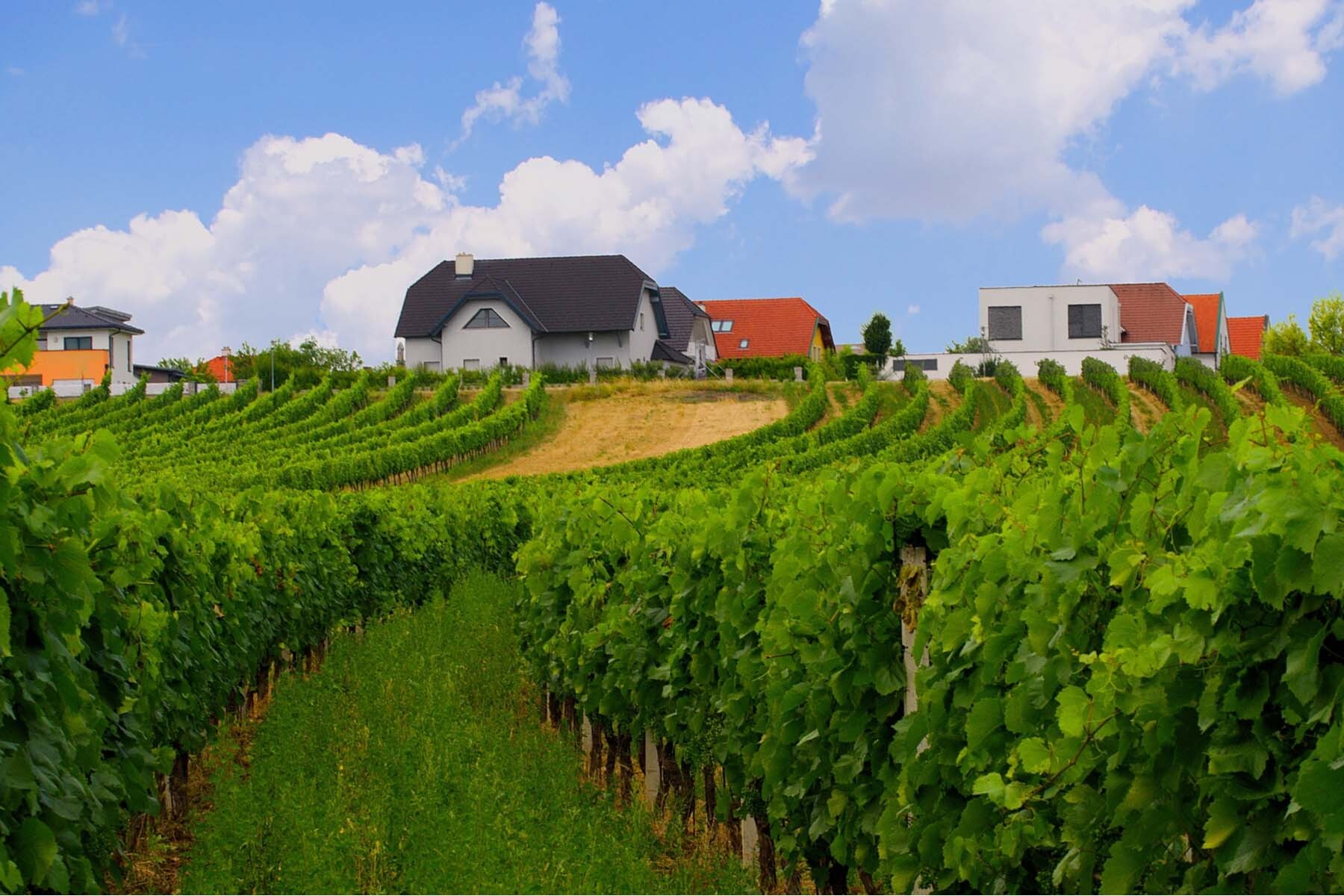 Also known affectionately as the Iceman, Ötzi is the mummified remains of a man who died around 3300 BC. He was found back in 1991, near the Similaun mountain on the Austrian-Italian border. Ötzi was discovered with an arrowhead buried in his shoulder, making his death the world’s oldest cold case!

17. The home of classical composers…

One of Europe’s leading cultural centers throughout the centuries, Austria is also the birthplace of many great composers. Franz Schubert, Joseph Haydn, Gustav Mahler, and many more have called the country home over the years. Visitors can enjoy their work at one of Vienna’s sumptuous concert halls.

Of all the many great Austrian composers, the most famous is Wolfgang Amadeus Mozart. Born in Salzburg in 1756, the prodigal young musician spent many years traveling Europe, entertaining the continent’s royalty and aristocracy. Mozart composed over 600 works throughout his life, and his childhood home is one of the most popular museums in Austria.

Back in 1905, famous pacifist Bertha von Suttner became the first woman to take home the Nobel peace prize. Born in Prague – then part of the Austrian Empire – Suttner was a novelist and campaigner who traveled around the world. As well as her peace prize, she was also the second female Nobel laureate, after scientist Marie Curie.

20. It’s the birthplace of psychoanalysis…

Although he was born in what is now the Czech Republic, it wasn’t until he arrived in Vienna that Sigmund Freud began his exploration of the human mind. The founder of modern psychoanalysis lived and worked in the city for many decades around the turn of the twentieth century, becoming famous for his groundbreaking work in the field of psychotherapy.

Despite the country’s glittering past, for many, the most famous Austrian is one with a simple catchphrase: “I’ll be back.” Arnold Schwarzenegger was born near Graz in 1947. He gained worldwide fame by becoming a bodybuilder, before moving into Hollywood movies and then politics. He was Governor of California for eight years from 2003. Fans of the star can visit his childhood home in Graz and explore a treasure trove of memorabilia spanning his career in bodybuilding, movies, and politics. 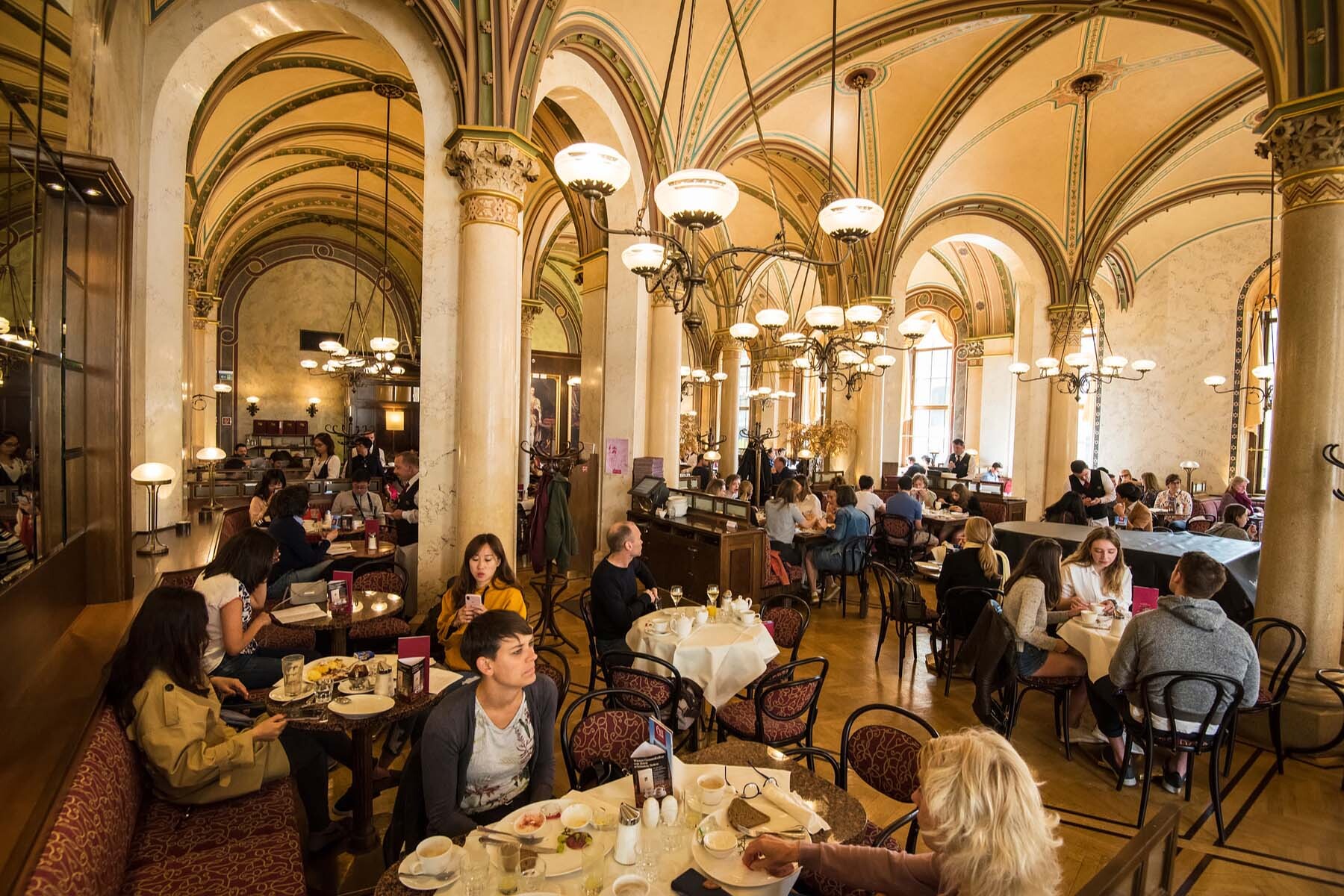 22. Coffee culture is a big deal in Vienna…

During Vienna’s so-called Golden Age, the local café scene saw some of the twentieth century’s most influential figures. The vaulted Café Central was frequented by Hitler, Leon Trotsky, and Josip Broz Tito, among others. A few streets away, the elegant Café Landtmann was the choice of Freud, Mahler, and more. The cafés are still a must-see today, for coffee and Sachertorte.

Bookworms in Vienna will no doubt want to visit the Austrian National Library – one of the largest in the world. The library contains over 2 million books dating back to the 14th century. It is housed within the impressive baroque State Hall of the elegant Hofburg, the postcard-ready former Habsburg palace in central Vienna.

24. A micronation in an amusement park…

One famous Austrian you may not know is artist Edwin Lipberger, the founding father of one of our favorite facts about Austria – the micronation Kugelmugel. Located in the historic Prater amusement park, the Republic Kugelmugel came about following a dispute between Lipberger and local authorities. Lipberger died in 2015, but Kugelmugel remains a popular tourist attraction. 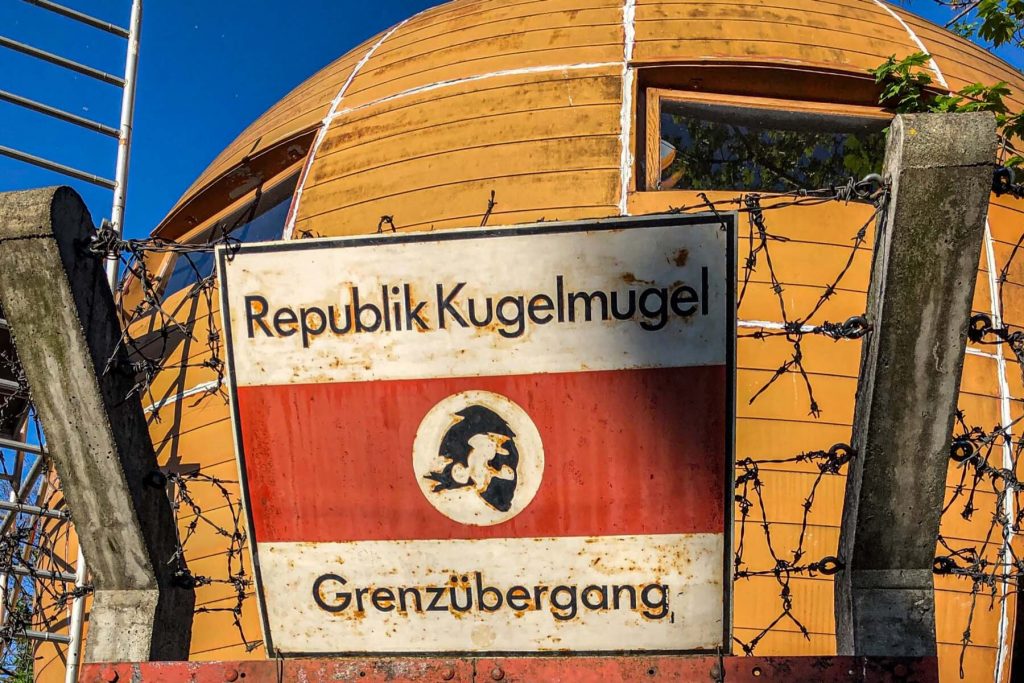 In the sprawling grounds of the Schönbrunn Palace sits the Tiergarten Schönbrunn – the oldest zoo in the world. Established as an imperial menagerie back in 1752, the zoo still welcomes tourists from around the world. There are over 700 species at the zoo, but the most popular residents are undoubtedly the Giant Pandas.

26. Austrians love the sound of music…

Alongside their impressive back-catalog of famous composers, Austria is a very musical country. From the famous yodeling that’s long been popular in the rural mountain areas, to a burgeoning underground electronic scene in Vienna, there’s something for everyone. Austria also won the Eurovision Song Contest back in 2014, with a song from Conchita Wurst.

For many foreigners, their first taste of Austrian life comes through the 1965 Hollywood musical, The Sound of Music. The movie still brings fans to the hills near Salzburg, where it was filmed. However, the locals aren’t fans. On the contrary, an interesting fact about Austria is that many resent the movie’s stereotypes and many historical inaccuracies. One thing’s for sure, it’s definitely not on the list of their favorite things! 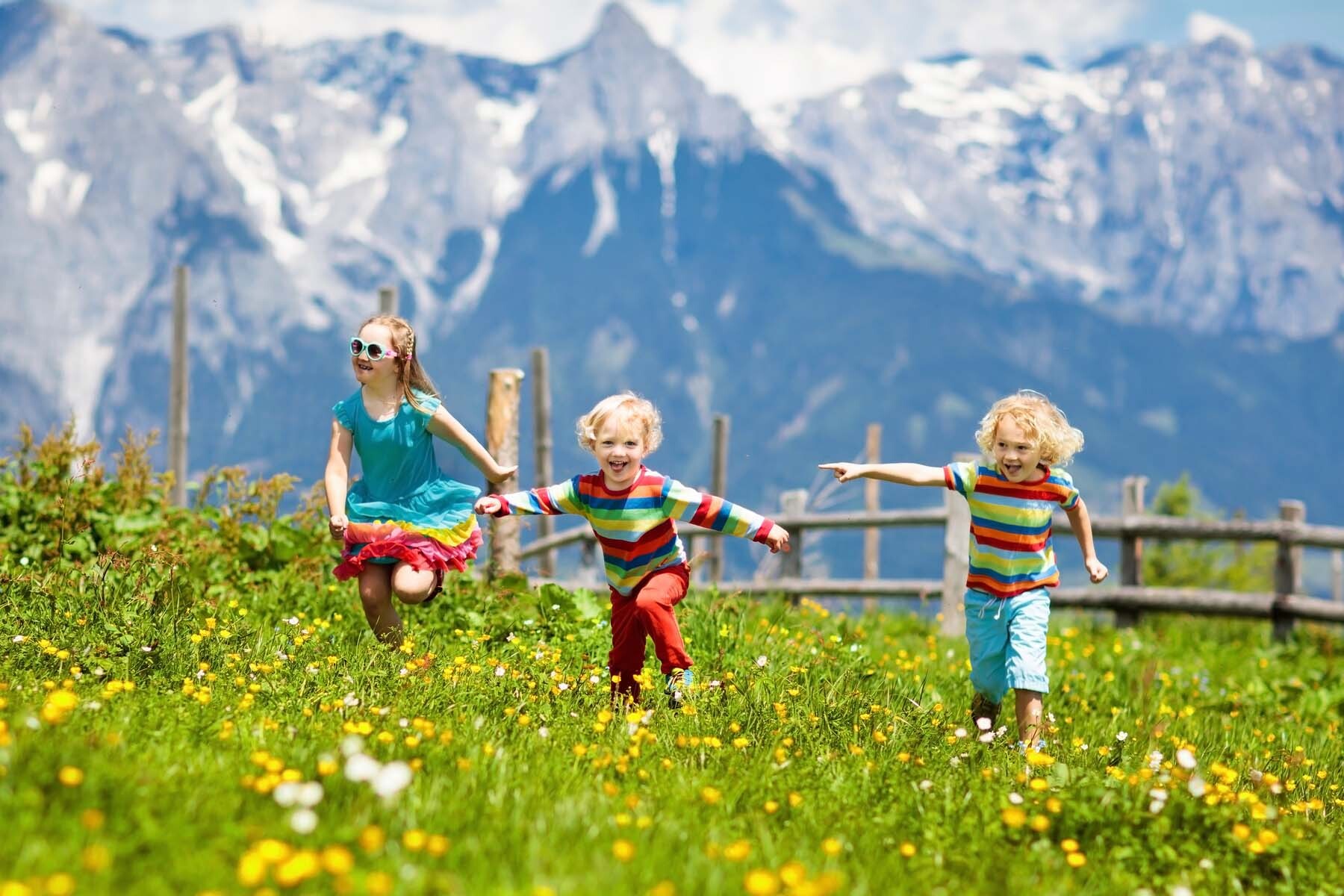 As tradition dictates, Austrians ring in the New Year with pigs, a symbol of good luck. Some families prepare a suckling pig feast to celebrate what many refer to as Silvester, after the saint’s day. It’s not just pork, either. Miniature pigs of marzipan, chocolate, and more are shared as part of the celebrations. This is good news for any vegetarians… and definitely our most delicious fact about Austria!

Of course, no Austrian party is complete without a glass or two of Schnapps. Popular throughout Europe’s alpine countries, the local tipple is a clear, fresh-tasty fruit brandy that new arrivals will soon get a taste for. If you’re toasting in Austria, remember to make eye contact as you say, “Prost”, as it’s bad luck if you don’t.

30. Vienna is a great place to live

As these facts show, Austria is a wonderfully varied country. There are plenty of charming places to live in Austria nestled across the rich landscape. Many expats will make the capital their new home, and it’s easy to see why. Vienna is often ranked among the best cities in the world for quality of life, topping the charts in 2019. So wherever you decide to settle, you can look forward to grabbing some Schnapps and saying “Prost” to your exciting life in the Eastern Kingdom.

2 thoughts on “30 Surprising Facts About Austria, Maybe You Don’t Know”