If you’re a football fan, probably the first thing that pops into your mind when you think of Portugal is Cristiano Ronaldo! But, if you enjoy a glass of wine then you’ll imagine a bottle of Port Wine. Take a look below for 30 fascinating and fun facts about Portugal.

1. Portugal is a major tourist destination in Southern Europe.

2. It is bordered only by Spain to the north and east. It also has a coastline along the Gulf of Cadiz to the south and the Atlantic Ocean to the west.

4. The terrain here is mostly mountainous in the north, whilst the south features lovely rolling plains. 7. This makes Portugal’s population equal to 0.13% of the total world population.

8. In 2008 Portugal became the first country in the world to make it compulsory for its citizens to have fingerprints on their ID cards.

12. One of the most powerful earthquakes in European history struck Lisbon on the 1st of November, 1755. The quake was followed by a tsunami and fires that left the city in ruins.

13. The oldest diplomatic alliance in the world exists between Portugal and England.

14. Signed in 1373, the Anglo-Portuguese Alliance is still together to this day.

15. In the 15th and 16th centuries, Portugal was at the lead of European exploration.

16. Some of the world’s first explorers, such as Ferdinand Magellan who circled the globe, Vasco de Gama who found the sea route to India, and Bartholomew Diaz who was the first to sail around the southern tip of Africa, were born in Portugal.

17. The first Europeans to reach Japan were the Portuguese in the 16th century, leaving their linguistic mark in Asia.

18. Alfonso I Henriques, the first king of Portugal, came to rule in 1143 and the country remained a kingdom for the next 800 years up until 1910 when it became a republic. 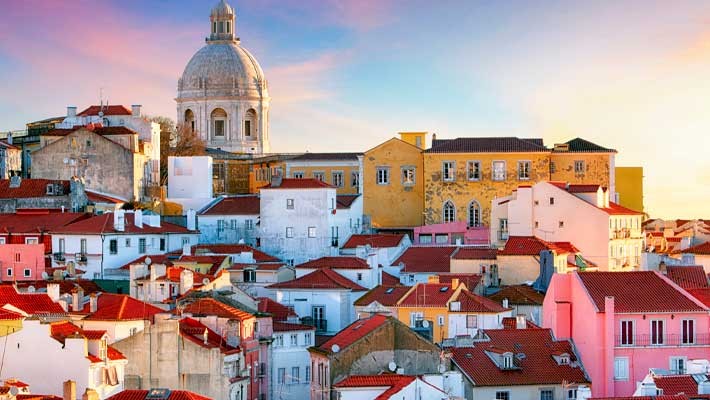 19. Once half of the “New World” belonged to Portugal.

20. The Treaty of Tordesillas basically gave Portugal the eastern half of the “New Word”, which included Brazil, Africa, and Asia.

21. The University of Coimbra was established by Portuguese academics in 1290, making it one of the oldest universities in the world.

23. The Portuguese enjoy a maritime temperate climate, with the north generally cool and rainy whilst the south is warmer and drier.

24. Fado is a Portuguese music genre that started in urban Lisbon sometime before 1820.

25. Fado is a sad and heart-touching style of folk music typically sung by common people and passed on through generations.

26. Portuguese shoes walk the world and parade at some of the biggest stages. Rihanna’s shoe assortment for her River Island collection was produced in Portugal. The royal sister, Pippa Middleton, and her mother, both wore Portuguese made shoes for the royal wedding.

27. The Portuguese footwear industry with its stylishness is signified as the sexiest industry in Europe.

28. A surfer’s paradise, it is often said that Portugal boasts 364 days a year of surf!

29. Some of the largest and best waves in the world can be seen off the coast of Portugal, at Nazaré.

30. Portugal is also home to the largest artificial underwater park and reef in Europe, the Ocean Revival Underwater Park.

The Best Things to Do With Family in Portugal

How To Spend A Day In Porto, Portugal