Portugal has a rich history and vibrant culture. Here are some fun facts about Portugal to prepare you for life on the Iberian Peninsula.

How much do you know about the country’s history, government, culture, economy, and people? Read these fun facts about Portugal and find out.

Facts about Portugal: History and geography

Portugal was the world’s first maritime power and the birthplace to some of the world’s first explorers
Portugal was at the forefront of European exploration in the 15th and 16th centuries. During the Age of Discovery, Ferdinand Magellan became the first person to circumnavigate the globe. Vasco de Gama discovered the sea route to India, and Bartholomew Diaz was the first to sail around the southern tip of Africa; he called this the Cape of Good Hope. Finally, Álvares Cabral and others discovered new lands, including Brazil, parts of Africa, and the Far East – and claimed them for Portugal.

At its height, Portugal’s empire stretched across what are now 53 different countries. Brazil achieved independence in 1822, while all of Portugal’s African colonies were independent by the end of 1975. Portugal transferred its last colony, Macau, to China in 1999 after 442 years of occupation.

Portugal was the first European nation to participate in the transatlantic s.l.a.v.e trade

As a major colonial power, Portugal was a major player in the global s.l.a.v.e trade, taking slaves from western Africa to the Americas. It was also the first colonial power to abolish s.l.a.v.e.r.y, some 50 years before Britain, Spain, France, and the United States.

Lisbon has been a Portuguese city since 1147, but its history predates Portugal by a couple of thousand years. Archaeological finds dating back to 1200BC reveal that the Phoenicians had settlements across what is now Lisbon, meaning Lisbon has been continuously inhabited for over 3,000 years.

Portugal is Europe’s most westerly point

Although Portugal is home to the westernmost points in Europe, it isn’t the most westerly point in the European Union. That honor lies with France, whose overseas collectivity of Saint-Martin lies in the Caribbean.

Crown Prince Luís Filipe was the King of Portugal for a grand total of 20 minutes after his father Carlos I was a.s.s.a.s.s.i.n.a.t.e.d on 1 February 1908. After s.u.f.f.e.r.i.n.g injuries in the same attack, Luís Filipe also d.i.e.d and the title of king was transferred to Manuel II, the last King of Portugal.

Portugal is the oldest nation-state in Europe

The current form of Portugal officially became a kingdom in 1139. Portugal’s borders have barely changed since 1297 when the Portuguese and Spanish signed a treaty handing over the Algarve to Portugal. The first king, Afonso I, came to power in 1143. Portugal remained a kingdom for the next 800 years until 1910 when it became a republic.

Today, Portugal consists of mainland Portugal, the Azores, and the Madeira Archipelago. The nine islands of the Azores are about 1,300 kilometers west from the mainland in the Atlantic Ocean. The Madeira Archipelago (which consists of Madeira, Porto Santo, as well as two uninhabited islands) lies about 500 kilometers off of Morocco’s western coast.

The first treaty between the two countries (the Anglo-Portuguese Treaty) emerged back in 1373. Despite a 60-year disruption to the alliance when Portugal and Spain were part of a political union, the Anglo-Portuguese Alliance is the world’s oldest still in force today.

Facts about Portugal: Made in Portugal

Portuguese is an official language of nine other countries

As a result of Portugal’s imperial ambitions, Portuguese is an official language in Angola, Brazil, Cabo Verde, East Timor, Equatorial Guinea, Guinea-Bissau, Macau, Mozambique, Sāo Tomé and Principe, as well as Goa in India. It is the sixth-most spoken first language in the world with around 220 million speakers native speakers.

Around 81% of Portugal’s population are Roman Catholics

Christianity first came to Portugal when it was part of the Roman Empire. Church and state were separate since the days of the First Republic (1920-1926). However, Catholic moral and legal codes have a deep foundation, while most traditional festivals and fairs have religious origins. According to the 2011 census, 81% of people that live in Portugal are Catholic.

Monks and nuns created some of Portugal’s tastiest traditional treats

You can eat a nun’s belly (barrigas de freira), an angel’s double chin (papos de anjo), and fat from heaven (toucinho do céu) in Portugal; these are all delicious pastries. Historically, the monks and nuns in Portugal’s many monasteries and convents used egg whites to starch their habits and preserve wine. This left an abundance of leftover egg yolks, which they ended up using to make tasty cakes and pastries. 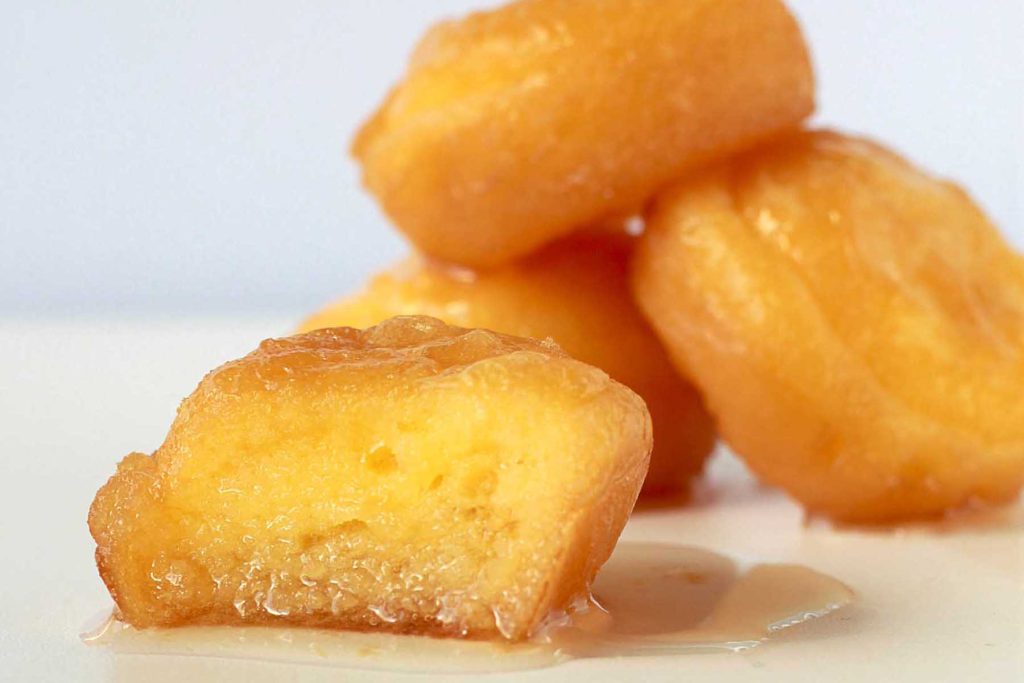 The longest bridge in Europe was once in Portugal

A six-lane, cable-stayed Vasco de Gama Bridge crosses the Tagus River in Lisbon. The bridge is 12 kilometers in length and allows long-distance traffic to bypass the city entirely. The Vasco de Gama Bridge was the longest bridge in Europe from 1998 until 2018, when the 17-kilometer Crimean Bridge surpassed it by five kilometers.

Founded in 1732, Livraria Bertrand was just a single bookshop. Sadly, this initial store was one of the many casualties of the Great Lisbon Earthquake in 1755. The earthquake scored 8.5 on the Richter scale and left around 60,000 people dead. Livraria Bertrand then set up shop on Rua Garrett in 1773, where it still stands. Nowadays, there are around 50 branches of Livraria Bertrand across Portugal.

The Portuguese are fatalist

Portugal has a tradition of fado, the idea that one’s fate is impossible to escape. This is also the name of a form of traditional Portuguese singing that carries the UNESCO World Intangible Cultural Heritage status. Fado are melancholic songs of love, loss, hopefulness, and resignation – accompanied by soulful guitars, mandolins, and violins. You will often hear them in bars, cafés, and restaurants. Fado also appears in everyday speech. For example, people often use the expression oxalá, which means ‘hopefully’ or ‘if only’, from the Arabic inshallah (‘god willing’).

One of Japan’s most well-known dishes is tempura. However, this dish of battered, deep-fried vegetables and seafood was actually invented by Portuguese traders and missionaries living in Nagasaki. Tempura ultimately spread across Japan during the 16th century.

One Portuguese town made the world’s largest omelet

Portugal officially gave up its own currency, the Portuguese escudo, in favor of the euro in 1999. The Banco de Portugal introduced the euro in 2002, but the central bank will continue to exchange escudo banknotes until 28 February 2022.

Vinho do Porto is a fortified wine made by adding grape spirit or brandy before fermentation ends. This makes port wine sweet and quite alcoholic at around 20%. The wine then ages in oak barrels or steel containers for between two and six years before it is bottled. Port wine grapes are only grown on the steeply terraced hillsides of the Douro Valley near Porto. The Douro Valley is one of the world’s oldest established wine-producing regions and a UNESCO World Heritage Site.

Over half of the world’s cork comes from Portugal

Portugal is home to the largest cork oak forests (montados) in the world. In fact, this cork oak (Quercus suber L) is protected by Portuguese law. The cork is stripped from the trunk of the cork oak every nine years without damaging the tree.

Portugal is a world leader in renewable energy

By July 2014, around 70% of its energy came from renewable sources such as wind, hydro, and solar power. The country has actually shown in recent years that Portugal can meet all domestic electricity needs with renewable sources. One of the world’s largest photovoltaic farms is near the town of Moura. Innovative projects include a floating wind farm (the WindFloat) and WaveRoller, which converts the movement of ocean waves to energy and electricity.

Portugal’s dictatorship was the longest in Europe

A bloodless coup, dubbed the Carnation Revolution, overthrew the dictatorship on 25 April 1974. Portugal commemorates the revolution each year on Freedom Day (Dia da Liberdade) which falls on 25 April. The country ultimately became a democratic republic in 1976.

Portugal is a founding member of NATO and an EU member

Portugal joined the European Economic Community (EEC), the predecessor to the European Union (EU), in 1986. The country received a €78 billion EU/IMF bailout by the EU and the International Monetary Fund (IMF) in 2011, based on the understanding that the government would adopt austerity measures.

The country has come a long way since homosexuality was outlawed and punishable by imprisonment under the fascist Estado Novo regime. It also ranks seventh out of 49 European countries for its record on LGBT human rights in the 2019 Ilga-Europe Rainbow Country Rankings.

Located on the border region between Portugal and Spain. Olivença (or, as Spain refers to it, Olivenza) was under Portuguese sovereignty for 500 years until the beginning of the 19th century. Later, the town came under Spanish rule, and Portugal has been trying to get it back ever since.

The earliest recorded hot air balloon ascent was in Portugal

Portugal has a greater health gender gap than most other highly-developed countries. According to the CIA’s 2017 World Factbook, life expectancy at birth in Portugal is 76.2 years for men and 82.9 years for women.

The biggest wave ever surfed was in Portugal

An underwater canyon in Portugal makes this part of the Portuguese coastline the world’s biggest wave generator. In February 2011, American surfer Garrett McNamara rode a gargantuan wave of 23.77 meters off the coast of Nazaré in Portugal – creating a new world record in the process.

The superstar was born Cristiano Rinaldo dos Santos Averio in Funchal, the capital of the Madeira region, in 1985. Ronaldo has gone on to have an illustrious career as one of the best players in the history of the game, having had lengthy stints with footballing giants Manchester United, Real Madrid, and Juventus.

1 thought on “30 Facts About Portugal: History, Food, Culture, And More”