Marooned far from the rest of the world – more so than ever, post-pandemic – Australia is a land full of quirks, idiosyncrasies and contradictions. Vast but sparsely populated; searingly hot, but sees more snow than Switzerland; full of sharks, snakes and spiders, but nevertheless an inviting place for a holiday. It’s also home to the only mammals that can lay eggs, a flightless bird that can’t walk backwards and a population that once prioritised Masterchef over a general election.

In 1975, in response to an Australian government shutdown – the result of a deadlock over drawn-out budgetary squabbling – the Queen stepped in and shocked the nation by firing everyone in Parliament and instating a new one. Or rather, her official representative in Australia, Governor General Sir John Kerr, handled the formalities on her behalf – in an announcement that ended with: “God save the Queen”.

2. Swimming in the sea used to be illegal

Between the years of 1838 and 1902, swimming at public beaches in Sydney and other parts of New South Wales was illegal during daylight, for reasons of ‘morality’. This was before swimwear for women had entered the mainstream, and with a lack of seperate-sex changing areas, the exposure of female flesh was deemed too much of an insurmountable problem. Head down to Bondi Beach today and you’ll find no such concerns.

3. There once existed an Australian socialist colony in Paraguay

Around the same time, during the early 1890s, a band of disenfranchised Australians left their home country while it was in the grips of a recession and established their own communist ‘utopia’ in Paraguay, named New Australia. Defining principles included a ban on alcohol, extramarital sex, and associating with ‘non-whites’. Like many experimental utopias before it, the concept failed in less than two years, and the movement’s leader William Lane relocated to New Zealand where he eventually became editor of the New Zealand Herald. 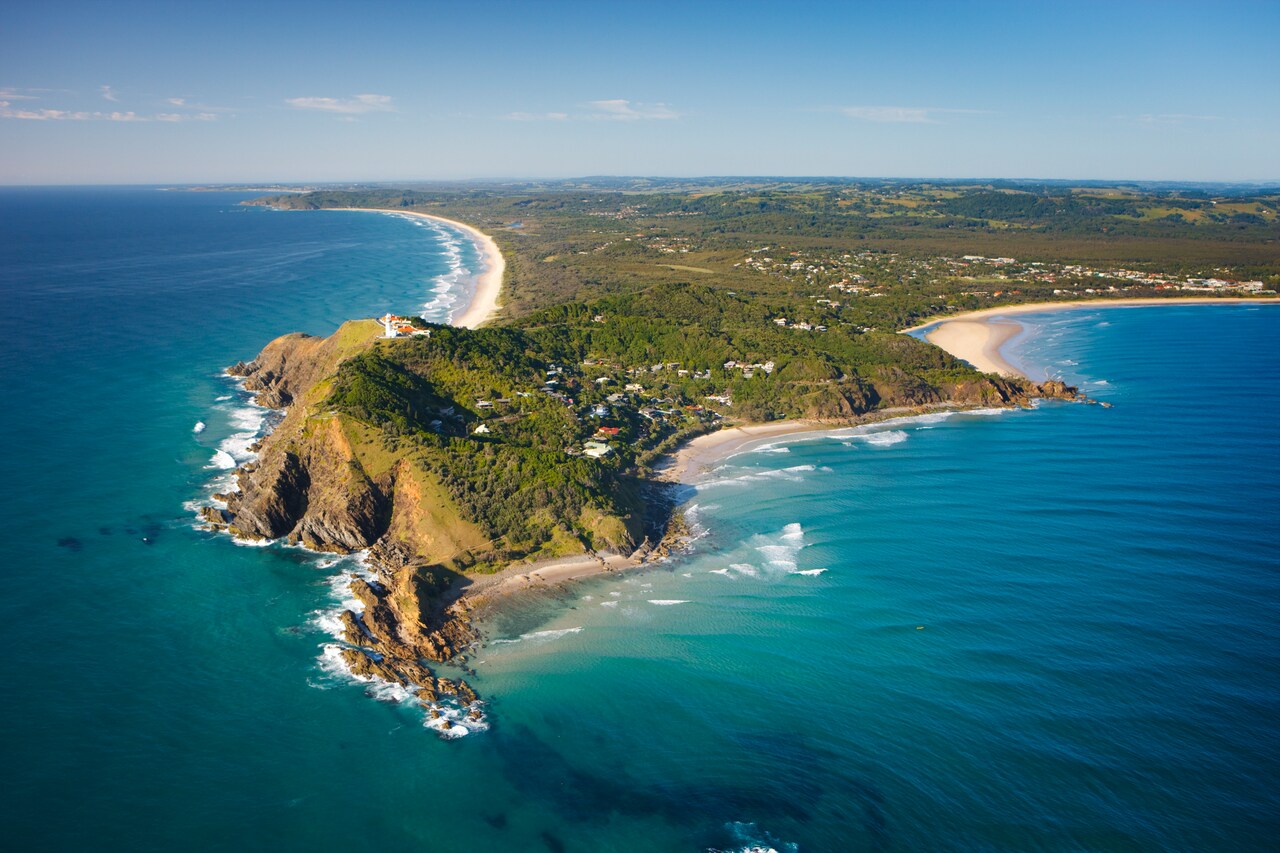 Byron Bay: it was once illegal to swim here during the day CREDIT: getty

In a manner that’s quite hard to get one’s head around. Nearly as large as mainland USA, as wide as the distance between London and Moscow, with the planet’s biggest living structure (the Great Barrier Reef), the world’s largest sand island (Fraser Island), and longest fence (Australia’s dingo fence, which at 3,436 miles beats the Great Wall of China); and with so many beaches (more than 10,000) it would take you 27 years to visit all of them for a day.

5. It’s also one of the world’s most heavily urbanised places

Despite its gargantuan size, the vast majority of its centre is uninhabitable (too arid, too desolate) so more than 85 per cent of Australia’s population congregate in the cities hugging the coastline.

6. One Australian city has the largest Greek population in the world

… outside of Athens, more Greeks reside in Melbourne than in any other metropolis. Unsurprisingly, there are plenty of excellent Aegean-influenced restaurants in Melbourne that reflect this.

Australia has 24.6 million inhabitants at last count (2017), and a very low population density of seven humans per square mile. For context, in the UK, 671 people occupy the same space. There are however, a lot of sheep Down Under, with a 100-million heard count eclipsed only by China (146 million). Ergo, sheep in Australia outnumber people by more than three to one. Saudi Arabia doesn’t have enough camels, and Australia has too many. The desert-dwelling mammals were first introduced during the 19th century as a form of transport, multiplied in admirable numbers (at their peak, there were more than one million of them) and ultimately became a pest to farmers. Australians now cull their free-ranging camels or ship them off to Saudi Arabia, where they meet a similar fate: slaughter, in the latter case for meat.

… which might seem strange, given Saudi Arabia’s desert setting. But a particular variety of ‘garnet’, plentiful in Australia, is good for sandblasting and pressure-cleaning and is thus exported in large volumes to the Arab nation.

The area of Australia that is covered by snow in winter is larger than the area of Switzerland. Situated in the southeastern region, the Australian Alps make up the highest mountain range in the country and, last year, Australian resorts there celebrated the best start to the southern-hemisphere ski season in 18 years. See our guide to the best lodges for more. 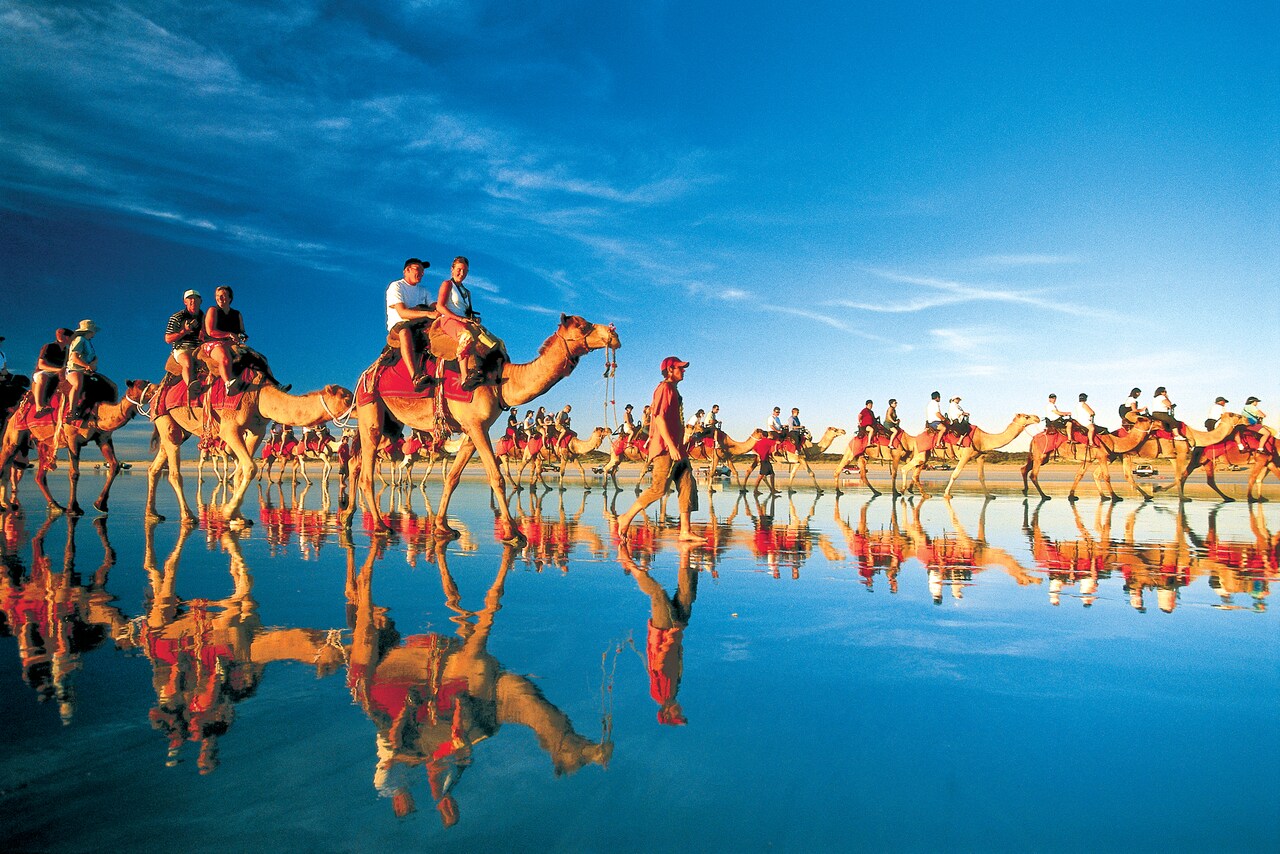 Both are found in Australia; the echidna and the platypus. When the platypus was first encountered by Europeans in 1798, incidentally, British scientists were so baffled by its appearance in a sketch, it was assumed to be a joke. English zoologist George Shaw theorised it was a prank, cooked up by the Australians, and when later presented with a carcass that it was merely some sort of rodent with the beak and feet of a duck sewn onto it. In fact, before the arrival of humans, Australia was populated with ‘megafauna’; now extinct animals that included ducks the size of horses and three-metre tall kangaroos.

Neither can kangaroos (of which there are more than 60 varieties), who don’t walk at all, but rather hop. It’s one of the reasons both these Australian endemic species appear on the national coat of arms; to express a sentiment of ever moving forward, never back.

In 2010, a televised general election debate had to be rescheduled so as not to clash with the TV final of Masterchef. “I can understand the fascination with cooking and eating,” conceded then-Prime Minister Julia Gillard, who was in a leadership race against Tony Abbott. 14. It has the world’s oldest surving civilisation

Australian aboriginal culture is believed to be the oldest on Earth; the continent’s inhabitants have been around for between 40,000-60,000 years. Yet the government has an undeniably checkered past when it comes to their treatment. It wasn’t until 1967 that indigenous people were granted full voting rights in Australia – nearly 50 years after women in the UK won the same privilege.

15. Australia hosted one of history’s most astonishing plane crashes

In 1940, two small planes from the Royal Australian Air Force collided mid-air over Brocklesby, New South Wales. Rather than crash and fall from the sky, they interlocked and landed together safely. When the two Avro Ansons struck one another, one lost its engines but managed to control itself and the plane mangled beneath it using the aircraft’s ailerons and flaps. Remarkably, all four pilots survived the emergency landing. 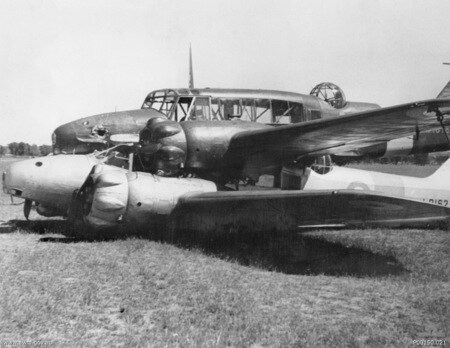 Which sort of makes sense, given the nation’s roots as a British penal colony. When, in 1788, it became apparent that the fledgling New South Wales settlement needed a police force, the man in charge, Governor Phillip, assembled what was then coined the ‘Night Watch’. Struggling for manpower, he hired 12 of his best-behaved convicts for the job. Today, the NSW Police Force is one of the largest police organisations in the English-speaking world.

17. They use classical music to fight crime

In 2013, Knox police in Victoria came up with a novel way to deter yobs from loitering near shopping centres at night: by blasting the likes of Beethoven and Bach from speakers –music not generally to the taste of teenagers. According to the Herald Sun, it actually worked.

18. Australia is the only continent without an active volcano

While it hosts no active volcanoes, it is home to one of the world’s largest extinct ones, the Tweed Volcano, located in northeastern New South Wales and thought to have been dormant for about 20 million years. Why no lava action these days? Due to its position in the middle of the Indo-Australian Plate, mainland Australia doesn’t lie over any major geological faults. Some of its external territories, Heard Island being one, does, however, and its volcanoes are active.

19. The world’s oldest fossils were found in Australia

Stromatolite fossils – the oldest of which are estimated to date back 3.5 billion years – were first found in Shark Bay, Western Australia. Although stromatolites – formed by ancient blue-green alga – continue to develop in certain areas of the world today, they grow in greatest abundance in Shark Bay, where they were first discovered in 1956. Scientific claims in 2017 were made that the world’s oldest fossils in fact have been located in Canada, but this has not been widely accepted as fact.

20. Australia has the largest property on earth

At a whopping 2.4 million hectares in size, Anna Creek Station is the world’s largest working cattle station; roughly the size of Rwanda and seven times bigger than the largest ranch in Texas. Located in South Australia, near Coober Pedy and the Simpson Desert, it’s home to 9,500 cows – surveyed from light aircraft and rounded up by cowboys on motorbikes.

21. We have the Aussies to thank for the ‘eight hour work day’

Or we would, if we, like so many other European countries, had adopted it. Australian stonemasons in 1856 successfully campaigned for a cap on working hours – a world first – that subsequently spread across the world. Finland took on the so-called Eight Hour Day policy in 1907, Germany and Poland in 1918, and the UK… never. Maximum working hours in the UK are currently set to 48 hours a week (equating to 9.6 hours a day) – and we’re working more, not less, these days compared to other European nations. 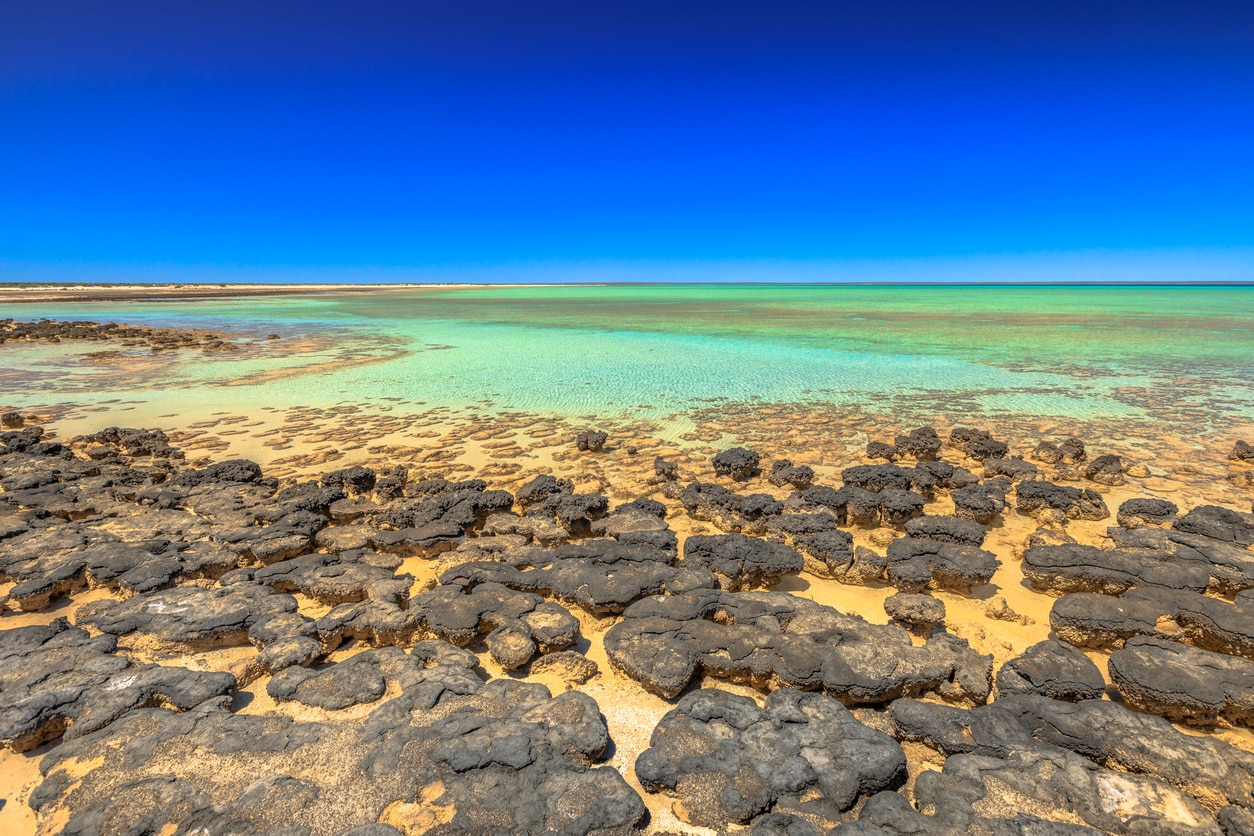 When the state of Victoria struck gold in 1851, the economy in Melbourne boomed and for years thereafter, was the richest metropolis on Earth. That’s no longer the case, but Melbourne does consistently score at the top of the charts for the world’s most ‘liveable’ city. This year, the Economist Intelligence Unit’s 2019 ranking, which examines five categories – stability; healthcare; culture and environment; education and infrastructure, in 140 destinations – placed Melbourne second, narrowly behind Austria. Melbourne had previously enjoyed a record run of seven consecutive years at the top.

The record for the largest ever victory in an international football match was snagged in 2002 during the FIFA World Cup qualifier game between Australia and American Samoa. Australia beat their rivals by a staggering 31-0.

24. The country’s most famous landmark was inspired by an orange

If all the sails of the Sydney Opera House were arranged in their totality, they would create a sphere. Its architect Jorn Utzon says the concept came to him while he was peeling an orange. Utzon’s design was initially rejected by three judges in the 1956 competition, but his entry was picked out by the fourth judge, renowned American architect Eero Saarinen, who declared it outstanding. Mr Utzon beat 232 other entrants to secure the job. It all started with a piece of fruit CREDIT: getty

25. It boasts the world’s safest airline

Qantas, so says the most recent report from AirlineRatings.com. “It is extraordinary that Qantas has been the lead airline in virtually every major operational safety advancement over the past 60 years and has not had a fatality in the jet era,” the company’s editor-in-chief Mr Geoffrey Thomas says of it.

A Guide to Travelling Sustainably in Australia

How This Photographer Captured The Soul Of Melbourne’s CBD