1. The name koala stems from an Aboriginal word meaning “no water”. 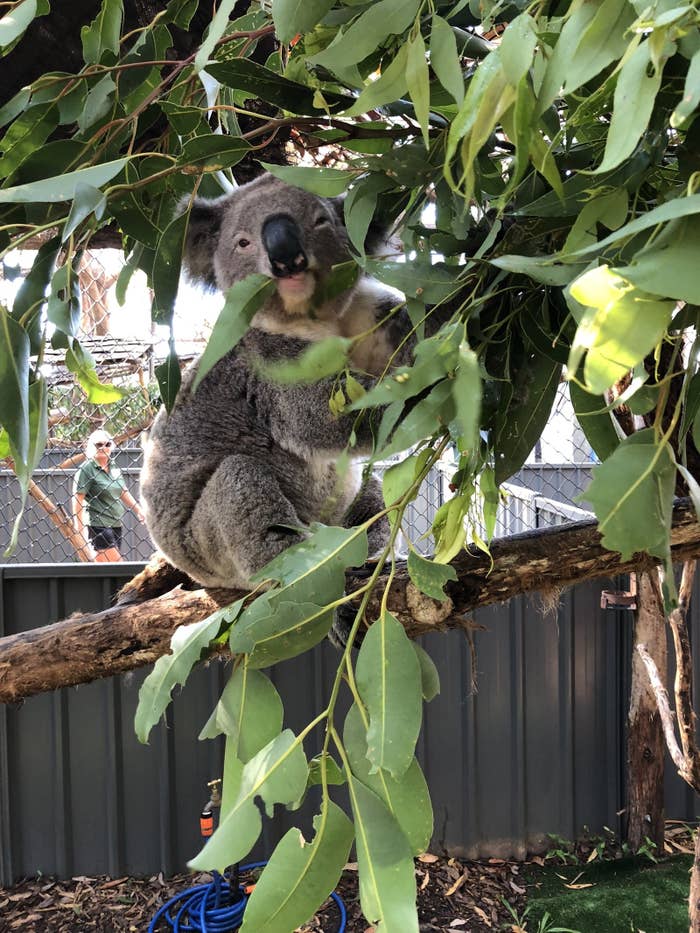 2. Which makes sense, since koalas get their water from eucalyptus leaves, they don’t actually drink it. 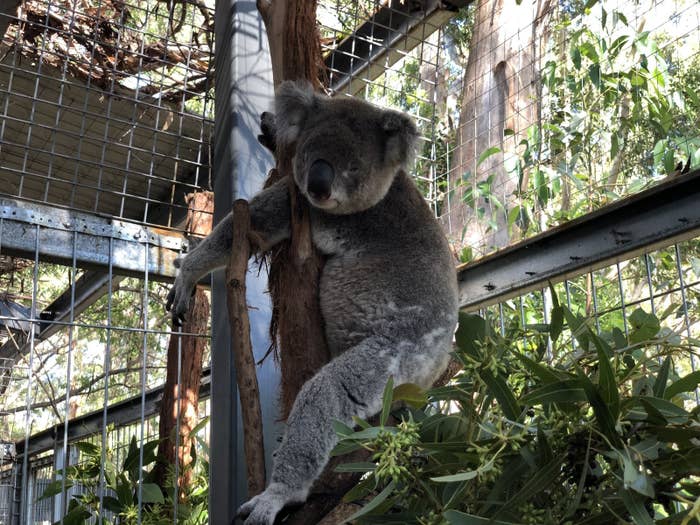 The leaves contain 70% water, the rest mainly consisting of fibres and only a fraction actually contains nutrients. 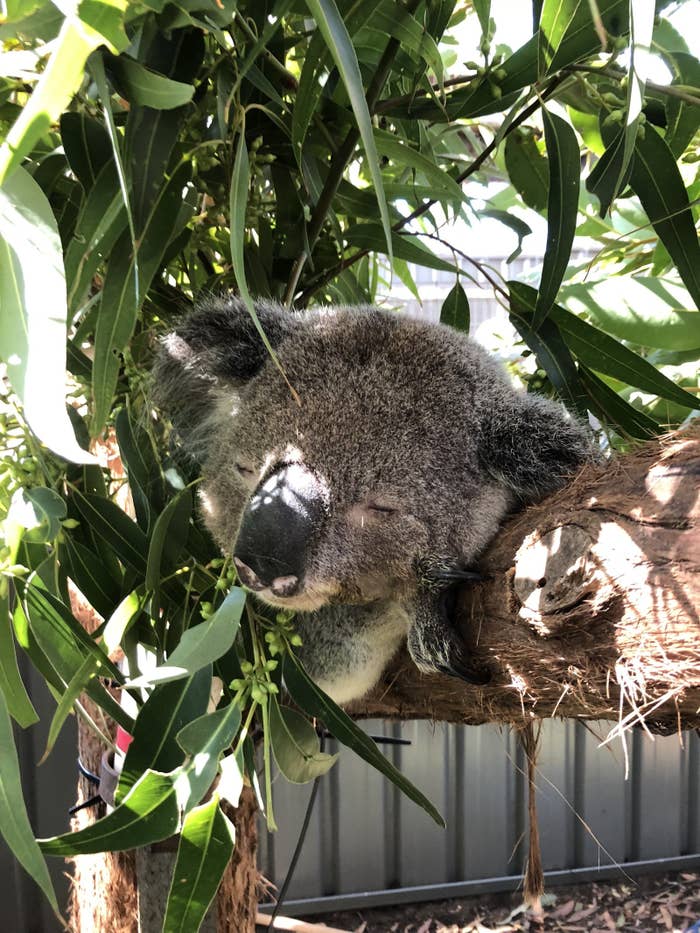 4. The reason they sleep so much is due to the lack of nutrients in eucalyptus.

As a result of their low-nutrient diet, koalas sleep 18-20 hours to conserve energy.

5. Even though they look sweet, koalas are feisty little warriors.

Male koalas can fight viciously when it comes to their territories, and they even fight over specific trees.

Koalas in the south have longer, shaggier fur to keep them warm in winter.

7. It is a misconception that koalas are solitary.

They actually live in the form of a loose community. The dominant male and female live at the centre of their territories, while the less dominant animals live on the outskirts.

8. Like most marsupials, koala babies are tiny when born.

People often refer to them as “pinkies”, being only the size of a gummy bear.

9. Due to the eucalyptus oils in their diet, koalas have a very strong liver that clears out the toxins.

10. Which can make it a tough job for vets to work out the correct concentration of medication to administer.

With every cycle of the blood through the body, the liver degrades the amount of medication in the blood stream.

11. Koalas have the ability to sense when eucalyptus becomes toxic, through smell.

Depending on the season, the water content of the eucalyptus leaves can drop, leaving the toxic oils at a higher concentration.

12. While there are over 900 species of eucalyptus, koalas only eat 60 species.

13. Koalas have a really long… cecum. 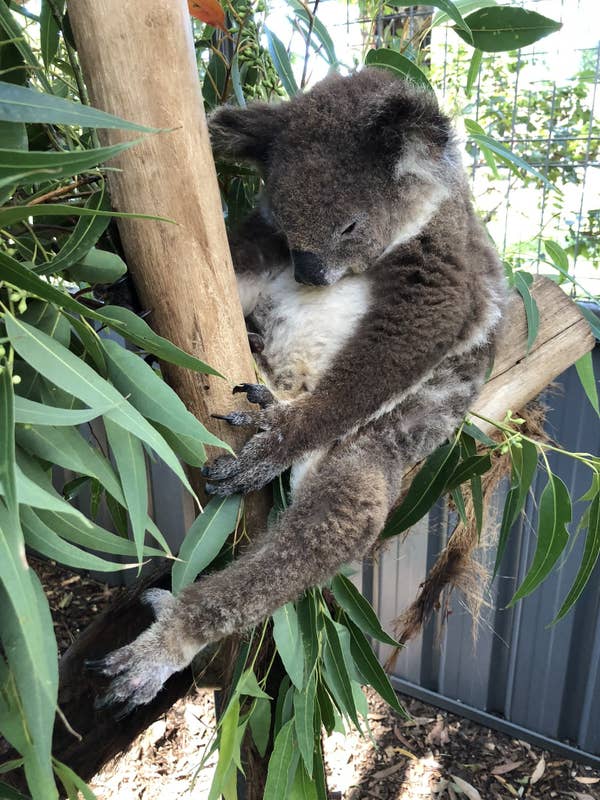 Helping to digest the fibre-rich diet, it’s an organ located at the beginning of the large intestine and is up to two meters long – in humans it is pretty much a dead-end.

It’s known as “pap” and gets produced by their mothers. The young koalas eat it to gain bacteria necessary to digest eucalyptus.

15. Koalas technically have two “thumbs” and three fingers on each hand. 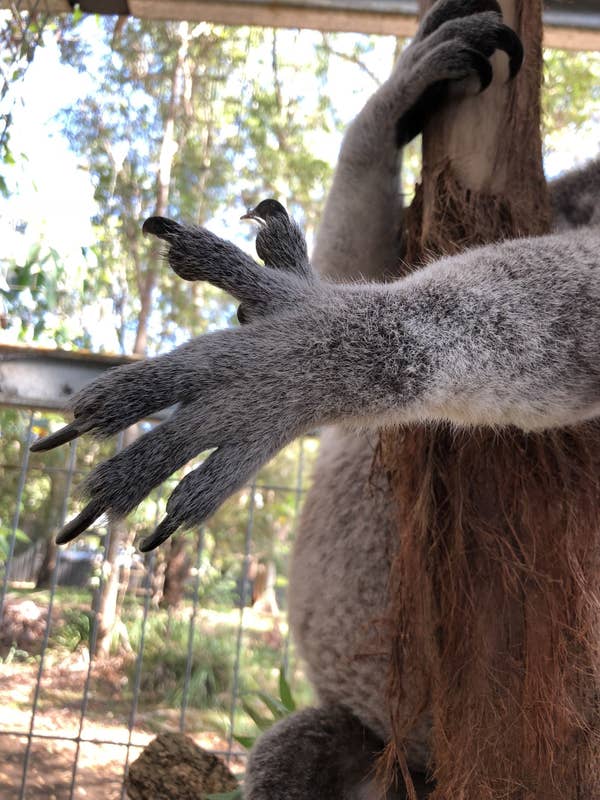 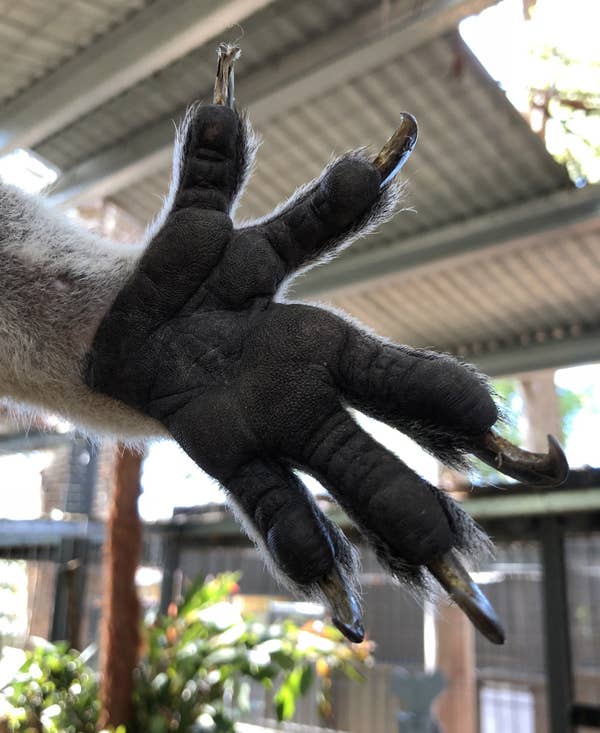 They are the only other mammals besides primates to have them.

17. Koalas often suffer from a specific form of chlamydia.

Humans have not been shown to get infected by the koala strains of the bacteria.

18. Koalas have a specially padded butt, so they can sleep comfortably anywhere.

19. The koala’s penis forks into two ends, with the scrotum in front of the penii.

20. Koala cuddling has been banned in New South Wales since 1997. 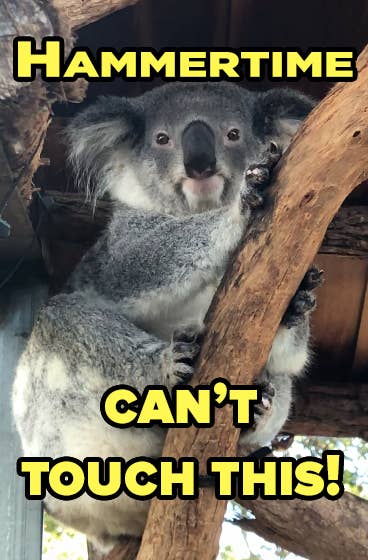 In Queensland, koalas can only be held for less than 30 minutes per day. This was decided to protect the cute looking animals from all the tourist attention.

21. Koala poo is the only food source for a certain species of moth.

The caterpillar of the species Scatochresis episema lives all its life in the koala droppings, until undergoing metamorphosis to the adult moth.

22. In Australia, 80% of koala habitat has been lost to human homes, droughts, and forest fires.

23. Koalas are listed as vulnerable by the World Wildlife Fund and need our protection! 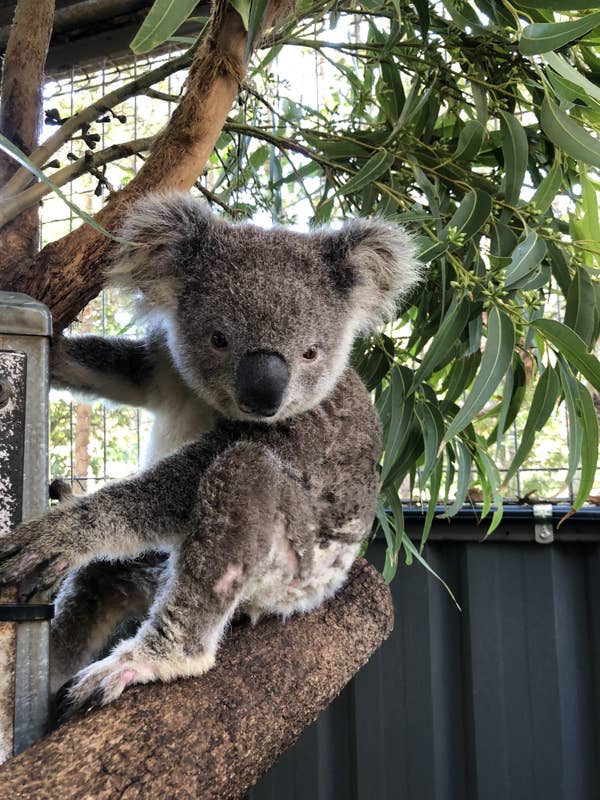 A great place to start and find out how to help, would be the Koala Hospital in Port Macquarie, Australia. Koalas that were found in the wild are taken in here to be looked after, until they can be re-released into the areas they were caught. The hospital is entirely financed by donations, and the help of volunteers from all over the world.

How To Spend 48 Hours in Adelaide, Australia