Where Was The Lord of the Rings Filmed in New Zealand?

As soon as you start to leave the cities in New Zealand it is completely obvious that this is Middle-earth. Any of the rolling green hills could be The Shire. Then you are in for some spectacular Lord of the Rings scenery as you approach the grand mountains and forests in the South Island.

Arguably, it was the success of The Lord of the Rings movies that showcased New Zealand’s sheer beauty to the world. Now you can visit these locations on a road trip around New Zealand. We have only listed the Lord of the Rings locations that you can get to via hiking track, gravel road or sealed road, otherwise, you would need a helicopter to get to some of the more remote places.

Die-hard fans might want to consider a Lord of the Rings tour to see some secret filming locations, which often includes costumes to re-enact scenes. Get your geek on!

Also known as Mt Doom! Like Frodo and Sam, you can climb ever closer to the fiery depths of Mordor by walking the Tongariro Crossing. This gives you the best views of Mt Ngauruhoe. If you are feeling extra fit, you can hike up Mt Doom itself!

When asking where was Lord of the Rings filmed the first thing that usually comes up is Hobbiton and guess what?! Hobbiton is a real place! You can potter around the village in The Shire, have a drink in the Green Dragon, dance under the Party Tree, and visit Bag End. Any true Lord of the Rings fan cannot come to New Zealand without visiting this iconic movie set. Book your tickets to Hobbiton on Viator or Tripadvisor.

See the same gorge, otherwise known as the Anduin River, that the Fellowship of the Ring paddled down to be greeted by the two giant statues on either side on the river. Unfortunately, the statues were added in post-production Nevertheless, Kawarau Gorge is pretty spectacular. Check out Lord of the Rings Locations in Queenstown for more information. 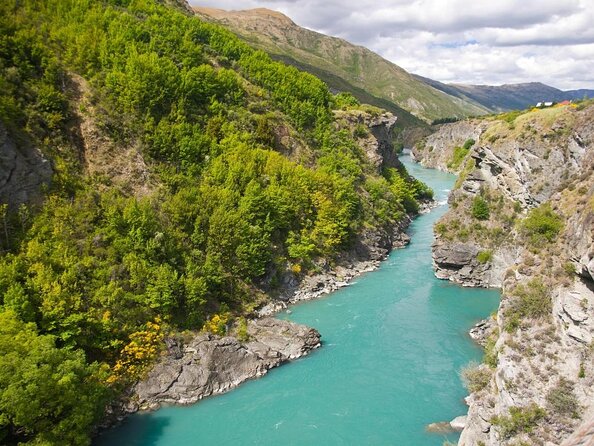 This stunning location in Canterbury is the backdrop for Edoras, the capital of Rohan. You can easily picture where the Edoras set was on top of Mt Sunday. Either drive there or take a Lord of the Rings Tour from Christchurch. Find out more about the tour on Viator and Tripadvisor.

There is no mistaking that these eroded pillars make up the Dimholt Road that Legolas, Aragorn and Gimli took when they first encountered the Army of the Undead. Do the hike there and/or stay the night in the campsite; see, there’s another reason to travel New Zealand in a rental campervan! 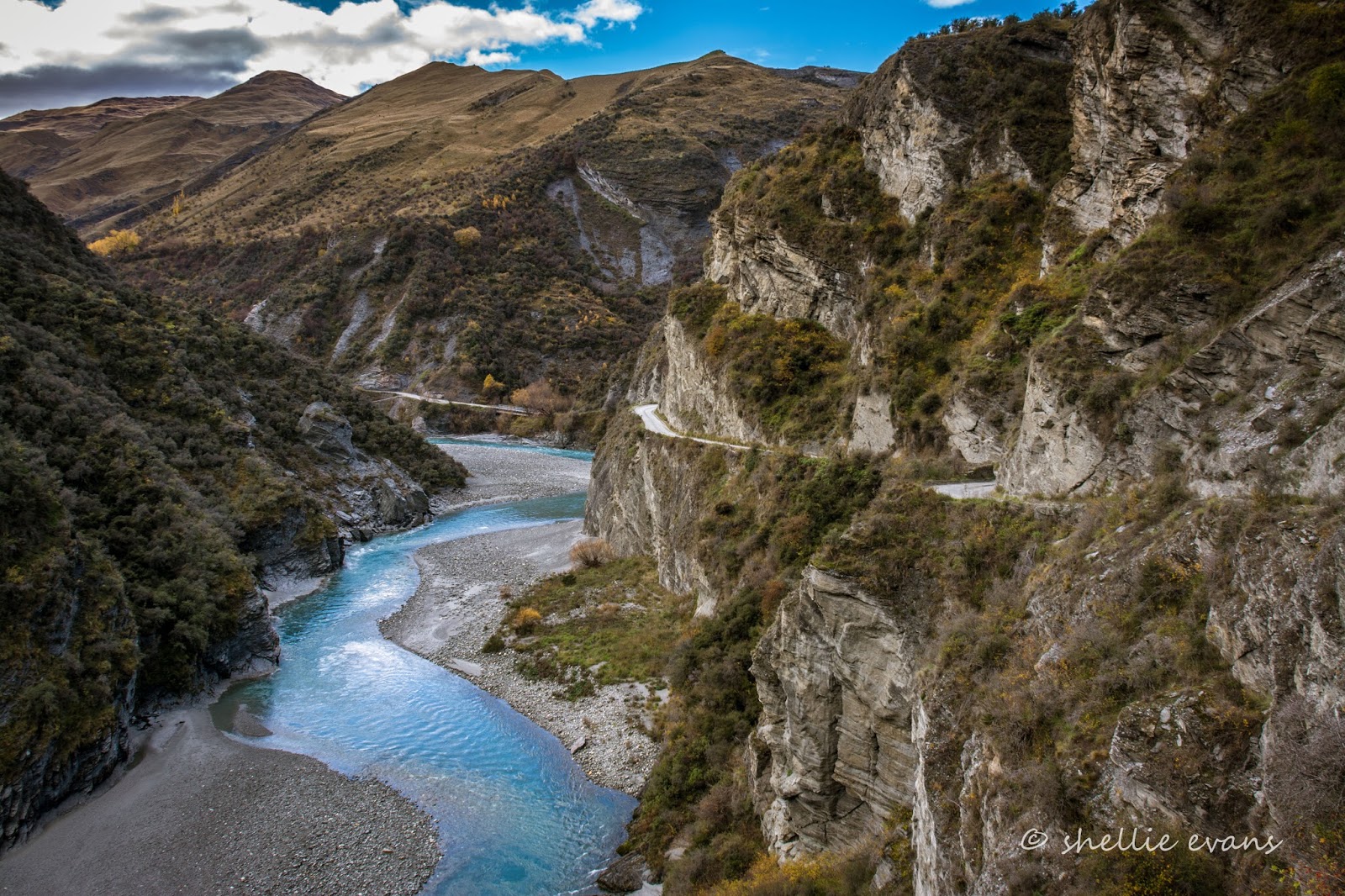 Deer Park Heights is the filming location for many scenes in Rohan. One example is the journey from Edoras to Helm’s Deep, where you can spot The Remarkables in the background. Sadly, the park has been closed to visitors since 2009, but you can still take a walk up there.

Location: Access is via the Kelvin Heights Peninsula on Peninsula Road then turn off just before Balmoral Drive. Queenstown, Otago, South Island.

Welcome to Gondor! With The Lord of the Rings Twizel Tour, you can re-enact the Battle of Pelennor Fields. Stab a ring wraith in the face like Eowyn and shout: “I am no man!” See the exact Pelennor Fields location with One Ring Tours. One plus of the tour is that the fantastic guide is absolutely happy to answer any question even if she hears: “Where was The Lord of the Rings filmed?” about five times per tour. No joke. Find out more about One Ring Tours on Viator and Tripadvisor.

There are dead faces in the water! Kepler Mire near Te Anau is the location for the Dead Marshes that Gollum leads Frodo and Sam through. 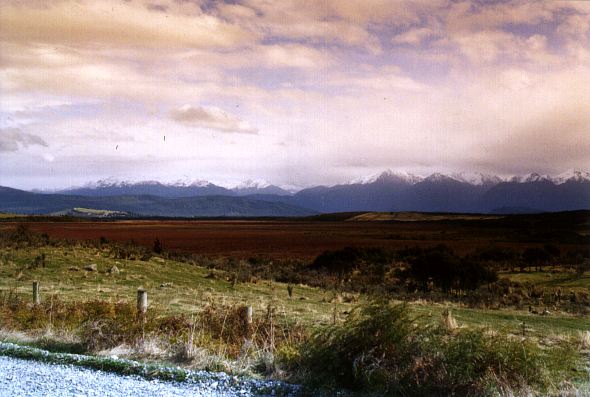 Snowdon Forest in Fiordland National Park is the location of Fangorn Forest. This is where Gandalf whistles for his majestic horse, Aragorn tracks the hobbits’ trail into the forest, and it is the home of the ents.

In The Fellowship of the Ring, the Hobbits hide from the ringwraiths on the walking track of Mt Victoria. Highlights are when Merry breaks his carrot and Frodo shouts: Get off the road! Find the exact location with this Lord of the Rings Wellington tour, available on Viator and Tripadvisor.

Location: Central Wellington, North Island. Find out how to get to Mt Victoria in our Wellington – Guide for Backpackers and Guide to The Lord of the Rings in Wellington.

Ok, so this isn’t exactly a filming location, but it is the studio where the props, costume, make-up and special effects were created for The Lord of the Rings. See Guide to The Lord of the Rings in Wellington for more information and book your Weta Workshop tour on Viator or Tripadvisor.

Location: Miramar, Central Wellington, North Island. Take Bus 2 to Miramar and simply ask the driver to tell you when to get off at the Weta Cave. Don’t worry, this happens often. Otherwise, it is located on the corner of Weka Street and Camperdown Road. 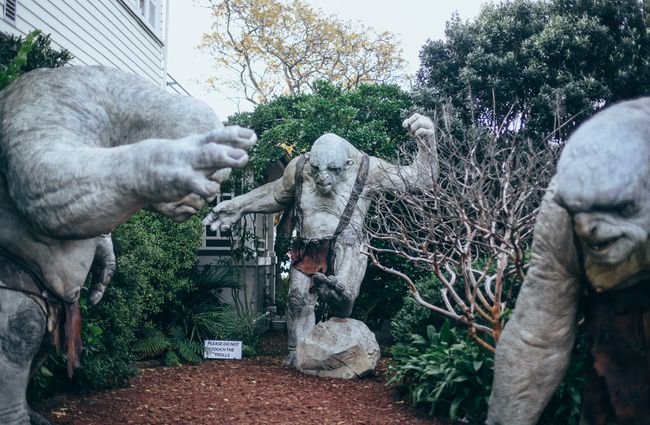 Another Anduin River shot. This location on the Waiau River was used in the opening aerial shots in The Fellowship of the Ring. You can either drive to this location or see it on the Kepler Track, one of New Zealand’s Great Walks.

Location: About 13km (8 miles) out of Te Anau. The Waiau River can be accessed by State Highway 95. About 11km (7 miles) south of Te Anau, turn onto Rainbow Reach Road. Southland, South Island.

Follow Merry and Pippin’s trail where they got loose from the orcs on the edge of Fangorn Forest, just like Aragorn, Legolas and Gimli did in The Two Towers! See more filming locations nearby in The Guide to The Lord of the Rings in Te Anau.

Another Lord of the Rings location in the Mavora Lakes area, the Mararoa River was used in the scene where The Fellowship leaves Lothlorien. The filming location is at the swingbridge at the southern end of South Mavora Lake.

Location: Access is via Mavora Lakes Road about 65km (40 miles) away from Te Anau. Take State Highway 94 south for 30km (19 miles) then turn on Mavora Lakes Road for about 35km (22 miles) until you reach South Mavora Lake. Southland, South Island.

The last location in the Mavora Lakes Park includes these two filming locations on the shores of North Mavora Lake. The shore is unmistakably the place with The Fellowship end their Anduin River journey. Nearby in the forest is also the area where Merry and Pippin hide from the Uruk-hai. Because all that forest looks the same, here is the specific GPS coordinates for that forest location: 45 16.024’S 168 10.500’E.

This campsite located on the banks of Lake Wakatipu is the location where Frodo, Sam and Gollum watch the battle between Faramir’s rangers and the Oliphaunts, as well as the scene where Sam and Gollum talk about: “PO-TA-TOES: boil ’em, mash ’em, stick ’em in a stew!” For more information, see Lord of the Rings Locations in Queenstown.

Location: From Queenstown, take the Queenstown-Glenorchy Road for 10km (6 miles) to the Twelve Mile Delta Campsite. The location is on the Bob’s Cove Track. Otago, South Island.

Not too far from Glenorchy is a place called Paradise. This happened to be the location of Isengard seen when Gandalf approaches Saruman’s tower. Check out this location either on a self-drive trip or with Nomad Safaris in Queenstown. Find out more about tours with Nomad Safaris on Viator and Tripadvisor.

One of the stunning locations where the beacons were lit between Gondor and Rohan. This is definitely a standout moment in the films for New Zealand scenery. You can either get a view from Mt Gunn by hiking or taking a scenic flight.

On the small club ski field on the slopes of Mt Ruapehu, you can find the location where Frodo, Sam and Gollum look at the Gates of Mordor.

Location: Access is via Tukino Skifield Road off State Highway 1 about 22km (14 miles) from Waiorou. Tukino is well-signposted but be aware this is a gravel road. Mt Ruapehu, Manawatu-Wanganui, North Island.

Another ski field on Mt Ruapehu, Whakapapa was the location of a few Mordor scenes including the opening scene in The Fellowship of the Ring where the Isildur cuts Sauron’s finger off. It is also the location where Frodo and Sam catch Gollum and where Gollum leads the Hobbits to Emyn Muil.

Location: For locations, check out The Famous Lord of the Rings Filming Locations in Ruapehu.

Just before the magnificent Mangawhero Falls is the location where Gollum catches a fish. Delve a little further along the river and you’ll find a spot where Frodo and Sam passed a ruined column in a clearing.

And while you are in the Ruapehu area, check out Tawhai Falls. The waterfall and pool below were partly used when Gollum is catching a fish while Faramir and his rangers aim their arrows at him. Tawhai Falls is now commonly known as Gollum’s Pool.