If you grew up in Australia, you won the lottery – and not just for the endless sunshine and postcard perfect beaches. Read on to reminisce about those good old days with these 20 memories of growing up Australian.

You rug up as soon as it dips below 20 degrees

In the depths of winter, the average maximum temperature in Sydney is 17.4 degrees… or, as that’s known in London, a balmy spring day. Growing up in such warm and sunny climes means that Australians don’t cope too well when the temperature plunges.

In fact, even better than acceptable. All Aussie kids know that when the fairy bread comes out, the party’s getting started. 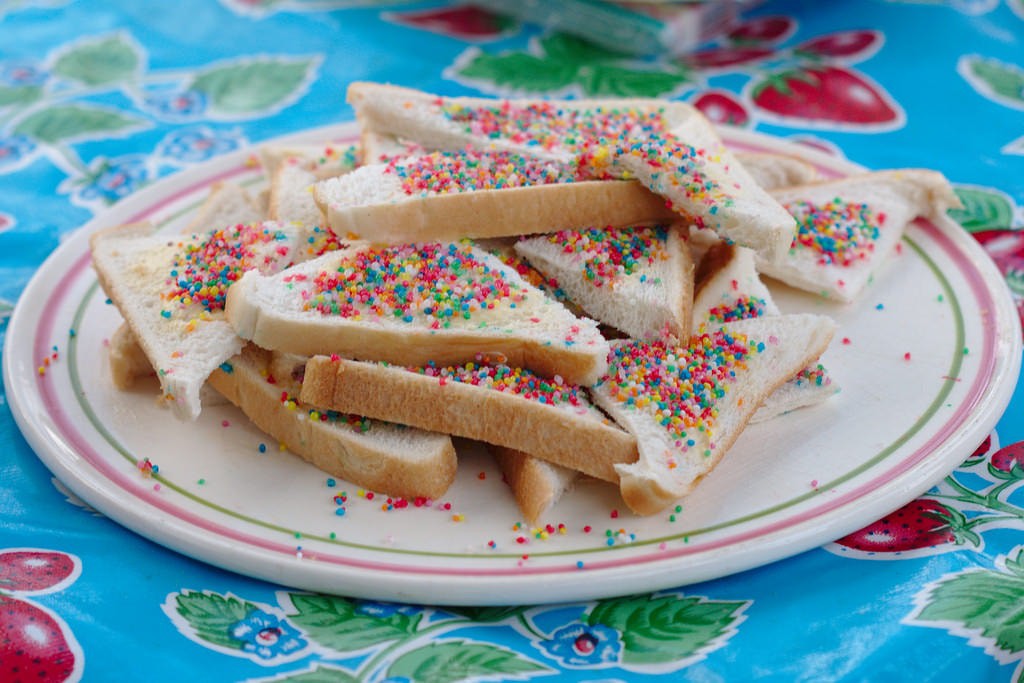 The comic genius that is Chris Lilley produced his magnum opus Summer Heights High in 2007, and we’ve been quoting Jonah, Mr G and Ja’mie King ever since. The show’s signature line? “Sorry Ben!”

You’ve played a game of ‘heads down, thumbs up’

This classroom game was a dead giveaway that the teacher was just trying to kill time until the bell rang… but you weren’t complaining.

Avocados are one of your basic food groups

They might cost a small fortune and be the reason Australian millennials can’t penetrate the housing market, but we just can’t get enough of the green stuff. 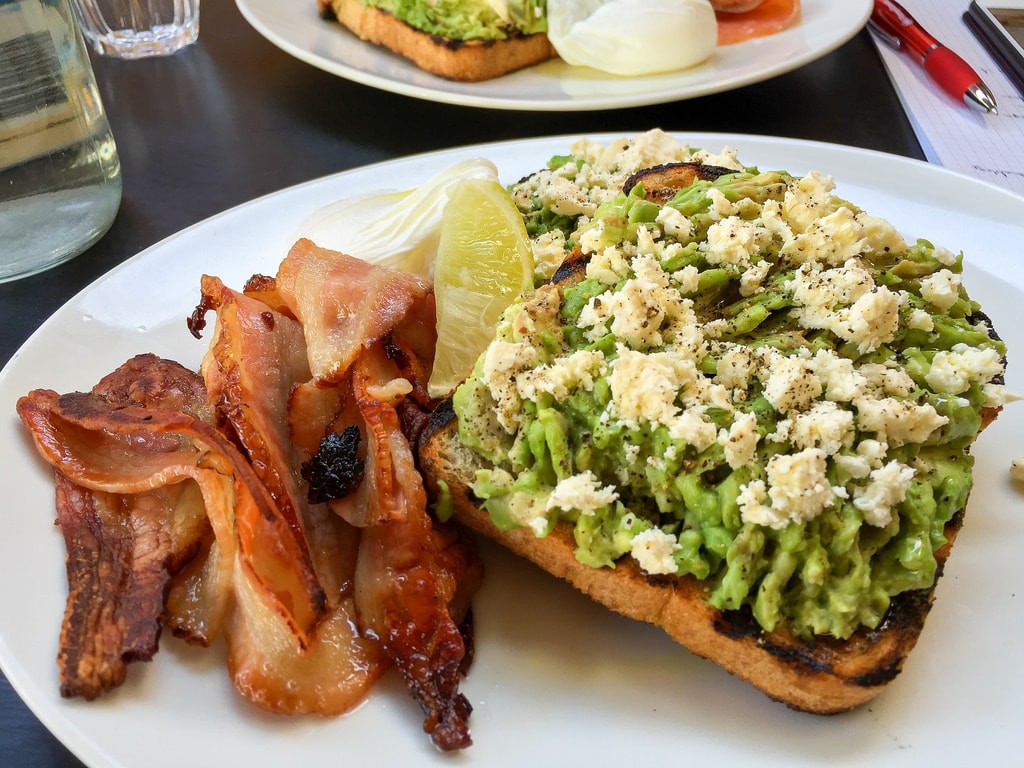 You’ve been to Bunnings…

But not for tools and timber. Because everyone who grew up in Australia knows that the mammoth hardware chain, with more than 300 locations around the country, is the finest purveyor of a sausage sandwich in town.

‘Intos’ is a sacred edict

Short for ‘interference’, the mere utterance of this word could bring even the most intense game of schoolyard handball to a grinding halt.

Even though all Australians acknowledge the need to ‘Slip, Slop, Slap’ under the brutal Aussie sun, this unimpeachable school rule ruined many a little lunch for forgetful kids who left their wide-brimmed hat at home.

Mum took you to a Wiggles concert

These days the colourful skivvies perform to a million people a year all around the globe and the iconic foursome of Anthony, Murray, Greg and Jeff have been replaced – but if you were a ‘90s baby, you saw the original quartet before they were cool. 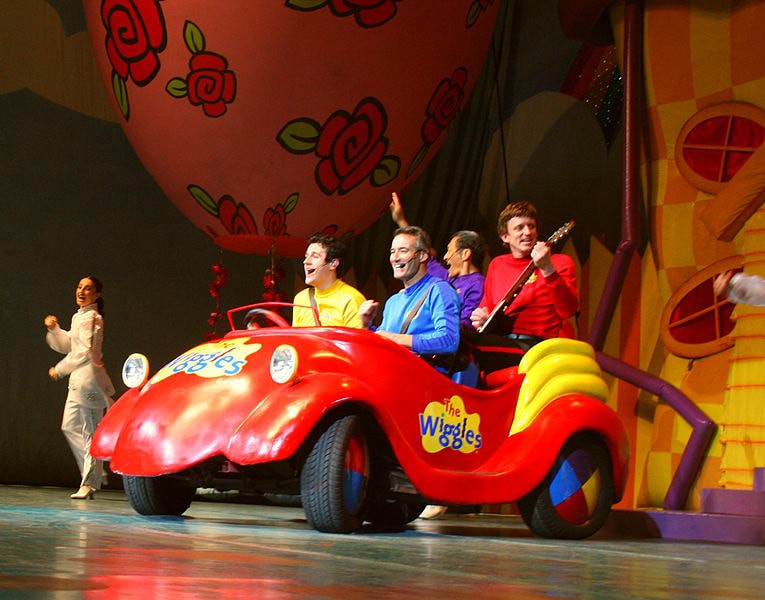 You don’t bat an eyelid at a massive spider

In fact, it wouldn’t feel like a proper trip to the loo without an encounter with at least a daddy long legs. Anyone who grew up in Australia knows there’s no spider that can’t be dealt with by the swift flick of a thong.

You know that stepping on Lego is nothing compared to bindis

Known to science nerds as soliva sessilis, every Aussie kid has suffered the trauma of treading barefoot on the spiky little needles that are the scourge of lawns Australia-wide.

This is a multi-purpose object

The humble esky – also known as a cooler or an ice chest or a ‘chilly bin’ to our Kiwi cousins – not only cools your food and drink, it also serves as a seat, a chopping board, or a set of stumps for a game of backyard cricket. 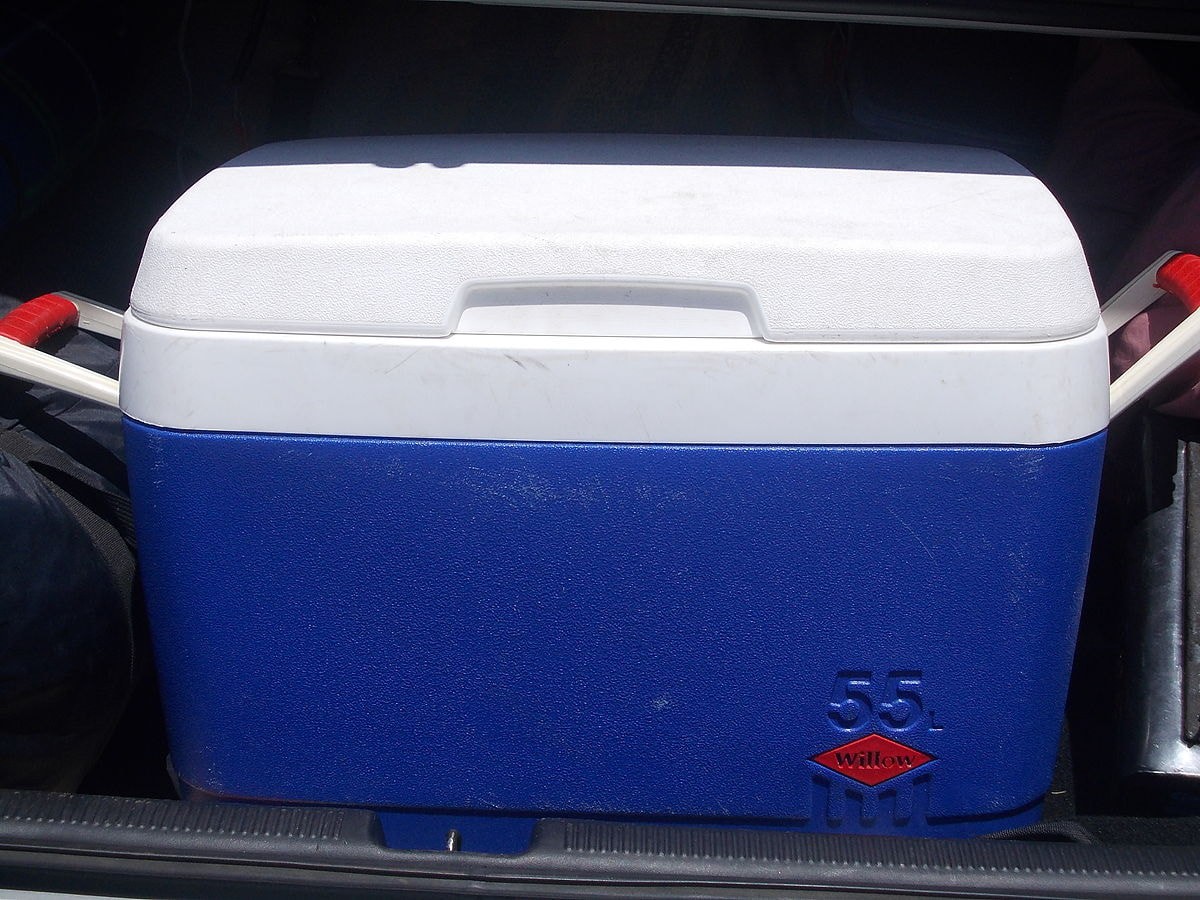 It feels weird to have Christmas without prawns…

And backyard cricket, and mangos, and sand between your toes. It doesn’t matter how many Christmas movies we watch, the thought of feeling cold on December 25 is just bizarre to people who grew up sweating rather than shivering through the holidays. 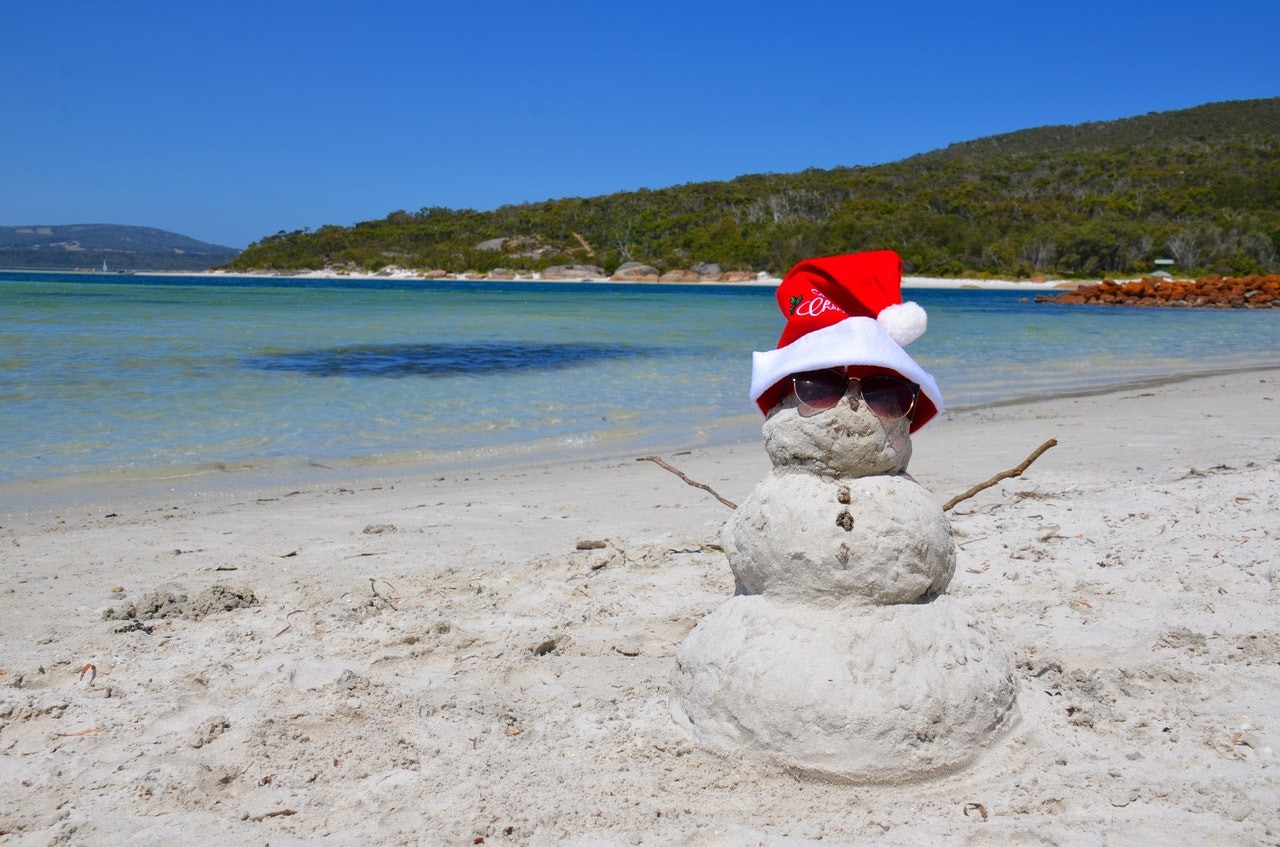 Because Healthy Harold educates 300,000 kids a year in schools from Broome to Bridport and everyone in between.

You’ve been branded by a seat belt buckle in summer

All it takes is 20 minutes in the scorching sun and the metal bit of a seat belt becomes hotter than the surface of the sun, waiting to scald anyone silly enough to touch it.

Lube Mobile – nowhere near as rude as it sounds – was one of your favourite ads growing up, if only for the kid wearing a mullet and a flanno at the end, trying to spit out ‘firteen firty firty-two’.

Mosquitos are mozzies, McDonald’s is Macca’s, a barbecue is a barbie, the afternoon is the arvo – even the country’s name isn’t Australia, it’s Straya.

Keep Monopoly in the box. Switch the telly off. Stuff the pool and forget the bike. You and your mates could while away the whole afternoon swinging around on the humble Hills Hoist. 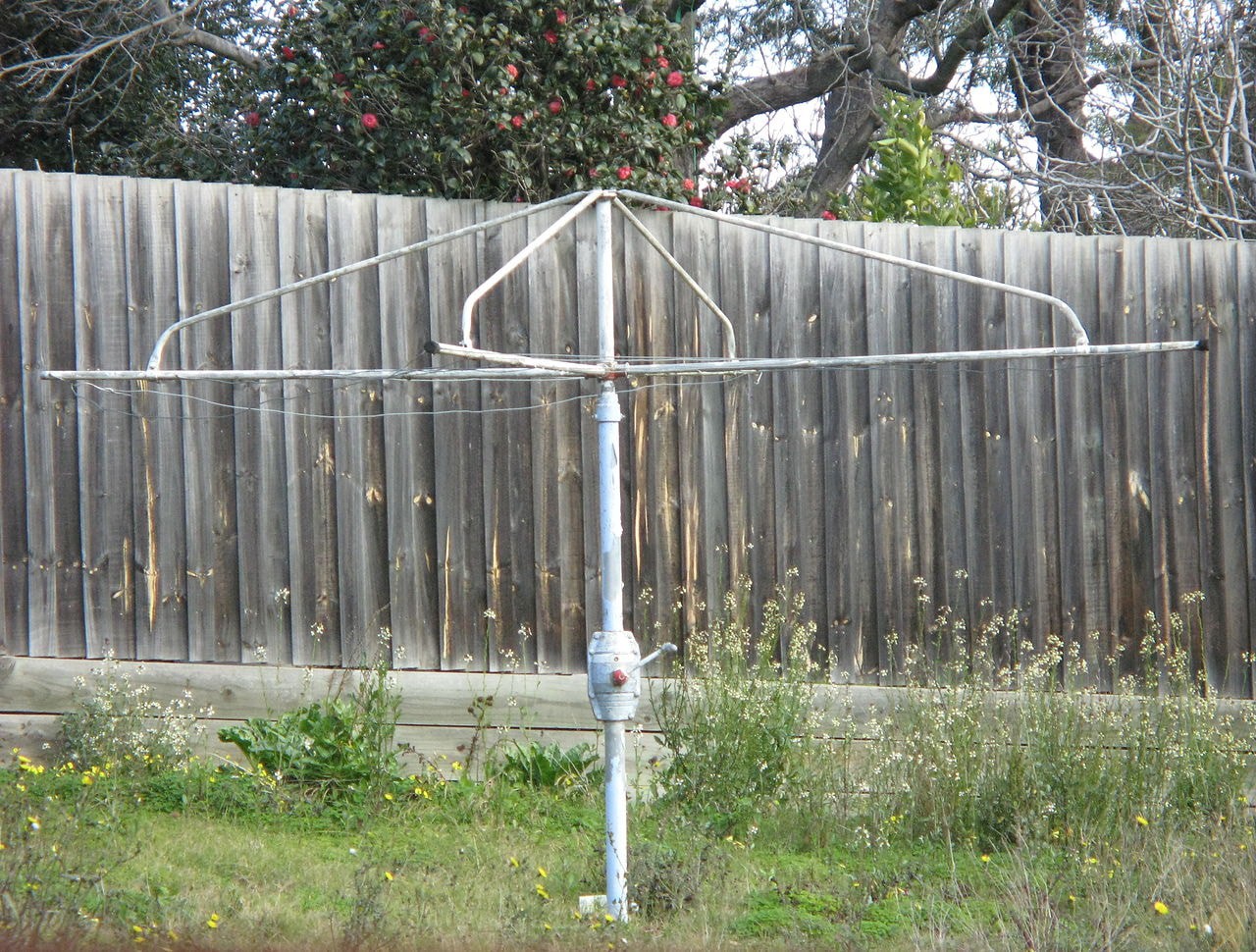 You know exactly how to respond when you hear ‘Have you ever, ever felt like this?’

Because even though Round the Twist (1989-2001) was the weirdest TV show you’ve ever seen, all Aussie babies acknowledge that its theme tune is the de facto national anthem.