Australia’s vast landscape offers much to see, but many of the most awe-inspiring attractions are also some its best-kept secrets. From novelty rocks shaped like waves and skulls to crystal lakes, gorges and bays, these are 17 of the most spellbinding locations often overlooked or unheard of by the tourist masses.

Spearing through the sand dunes of Nambung National Park, Western Australia is a metropolis of limestone pillars known as The Pinnacles. Sculpted by the coastal winds, these jagged stakes appear to be reaching for the sky, with some stretching up to five meters high. 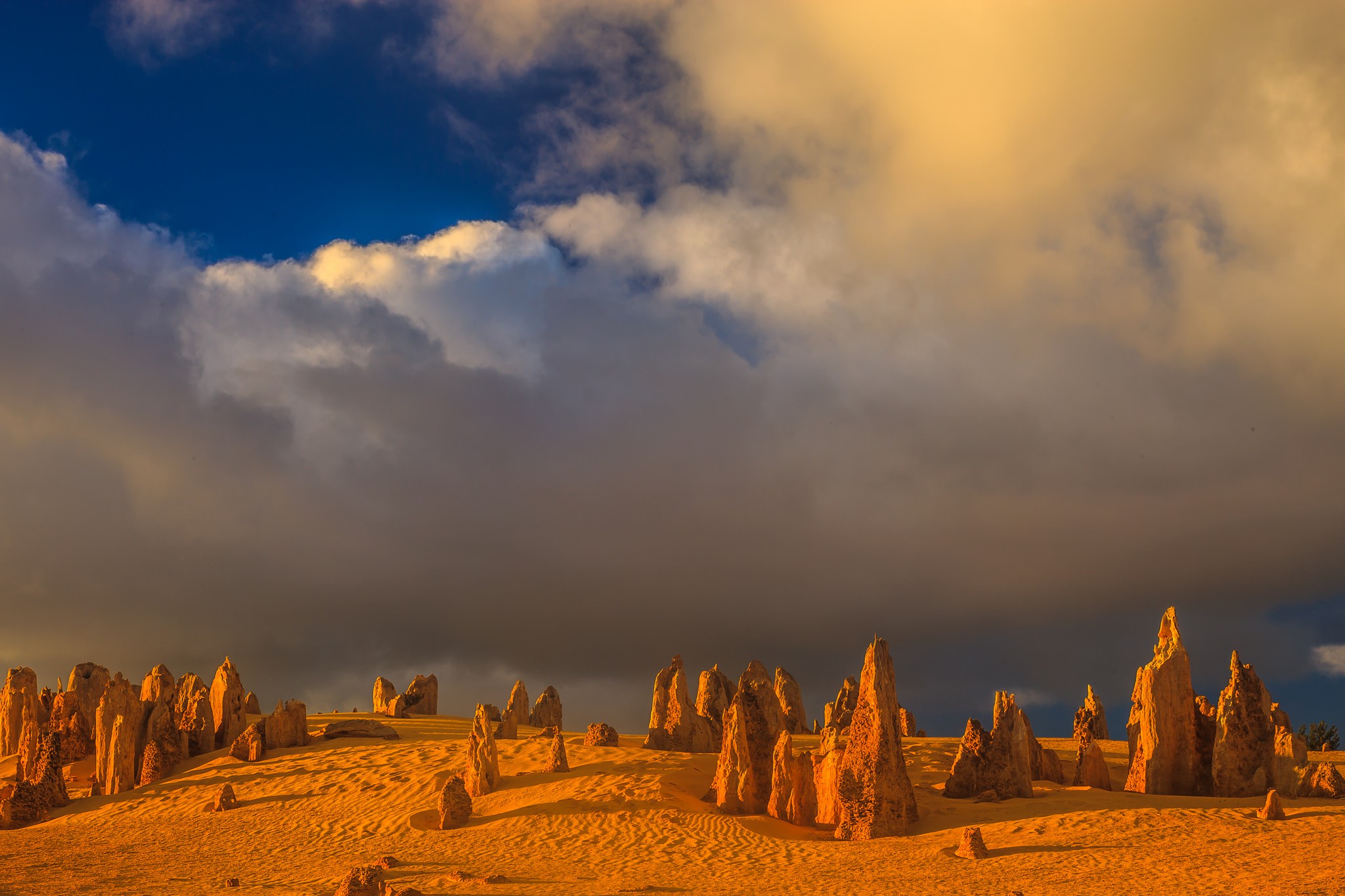 Hang ten at Wave Rock in Hyden Rock, Western Australia and stand in the shadow of this 15-meter high concave rock formation. Said to have been the creation of Aboriginal deity Rainbow Serpent, this seemingly petrified wave dates back 2,700 million years. 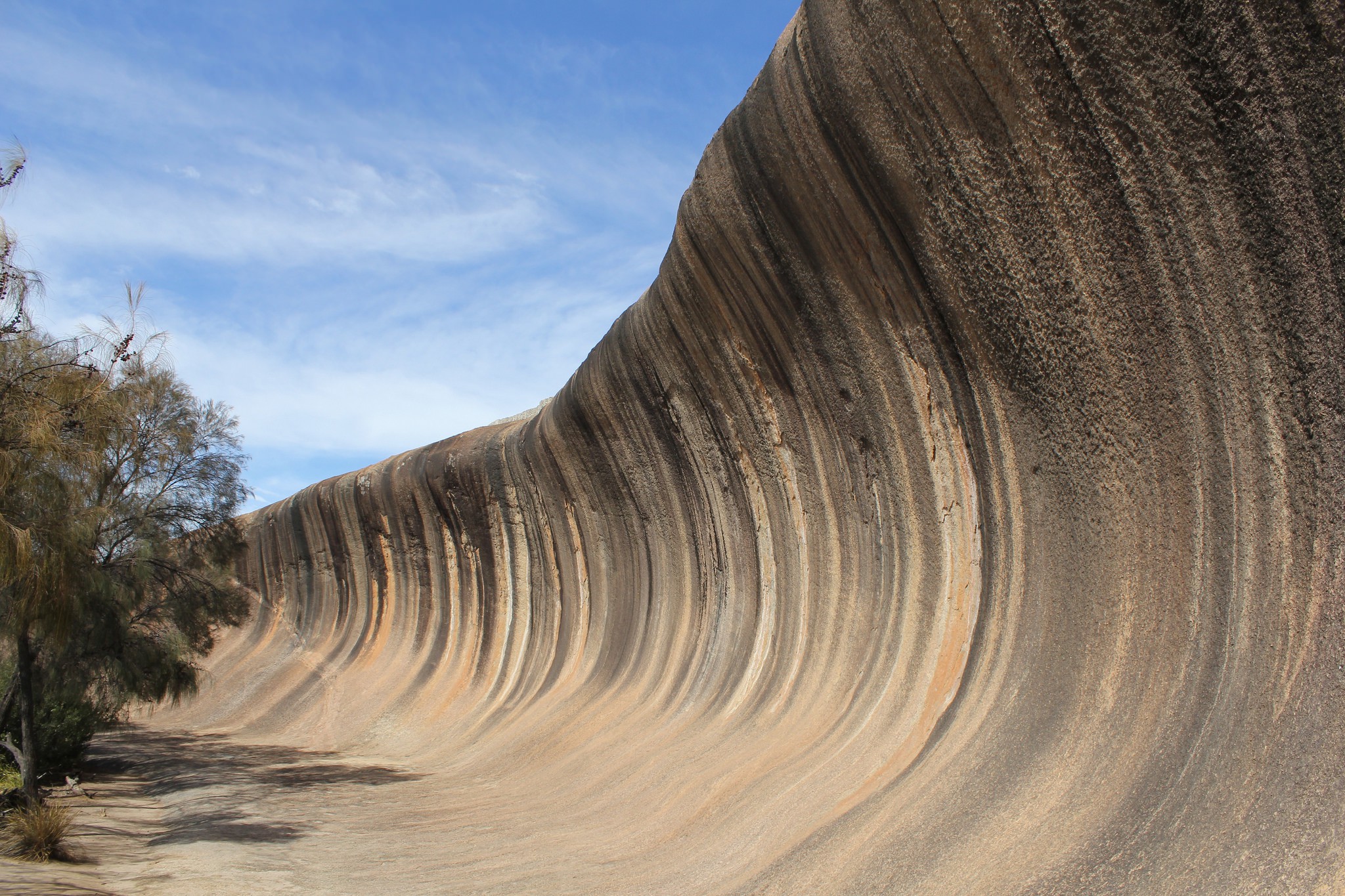 The contrast of the turquoise water, glistening white sand and enflamed granite boulders makes Tasmania’s Bay of Fires the most striking shoreline on the island. First observed in 1773 by Captain Tobias Furneaux, the Bay acquired its name due to the Aboriginal fires he saw dotted along the coastline. 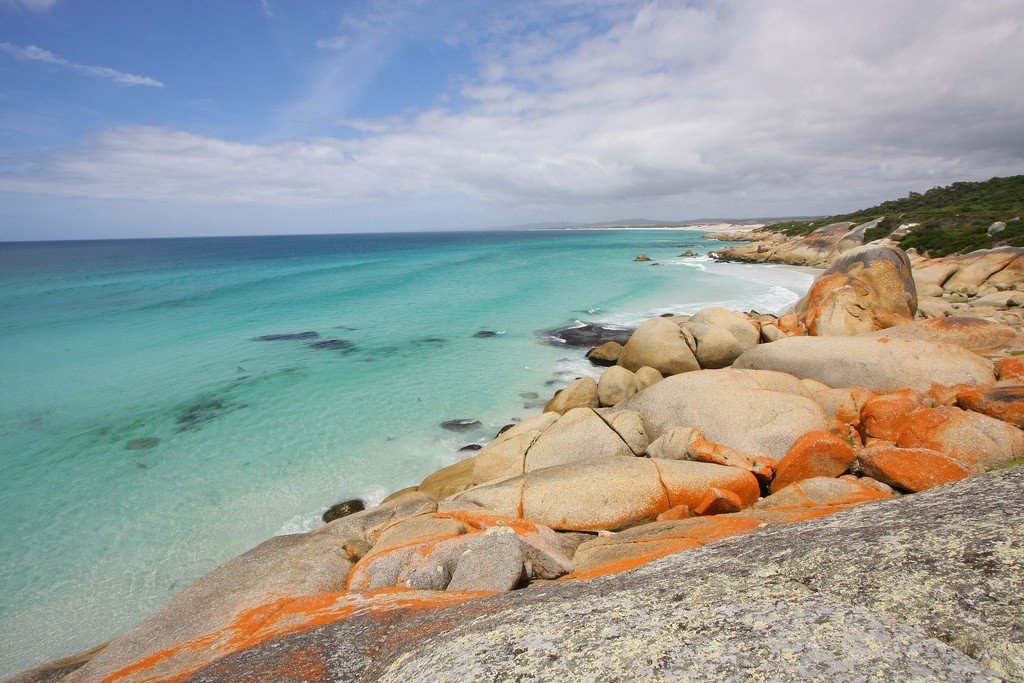 Unnoticed for much of its 350 million year lifespan, the Bungle Bungle Range resembles a congregation of undulating beehives. Now a part of the World Heritage-Listed Purnululu National Park, Bungle Bungle is best observed from an aerial perspective. 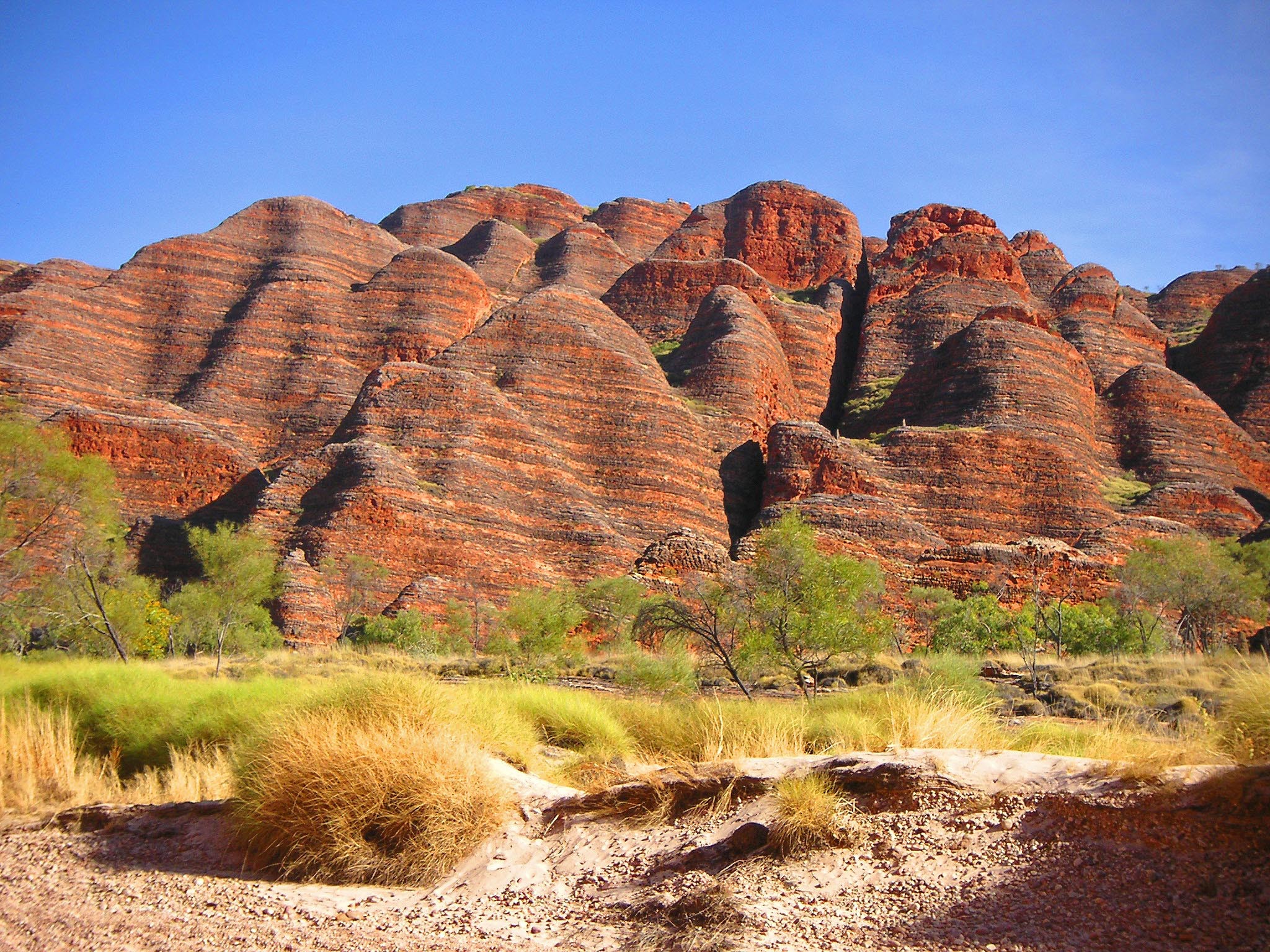 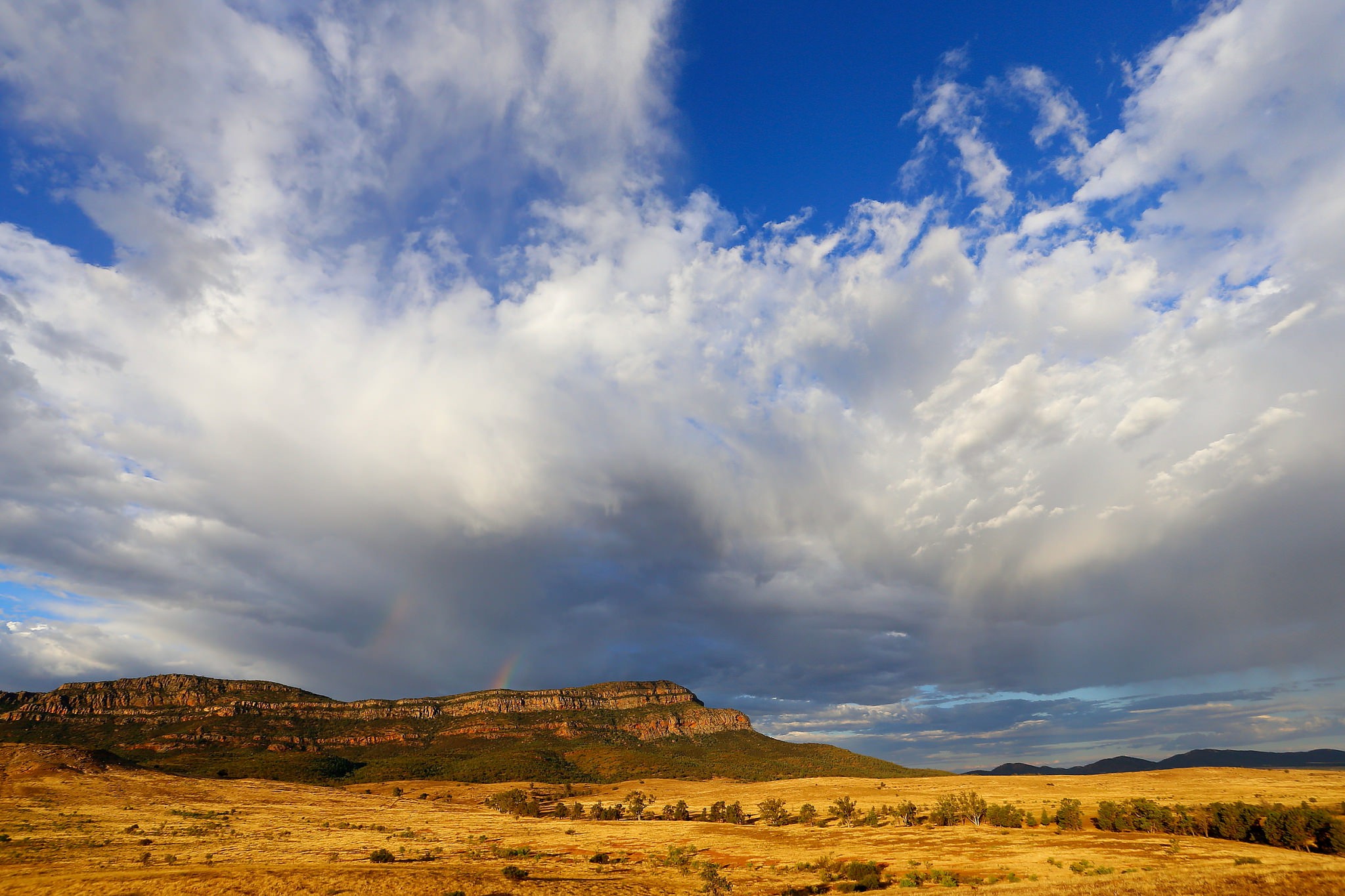 The northernmost region of Western Australia is a remote and wild frontier three times the size of England. One of Australia’s earliest settled areas, it is comprised of stunning canyons, freshwater gorges, majestic geological landmarks, 130 million-year-old dinosaur footprints, cascades and outback stations. 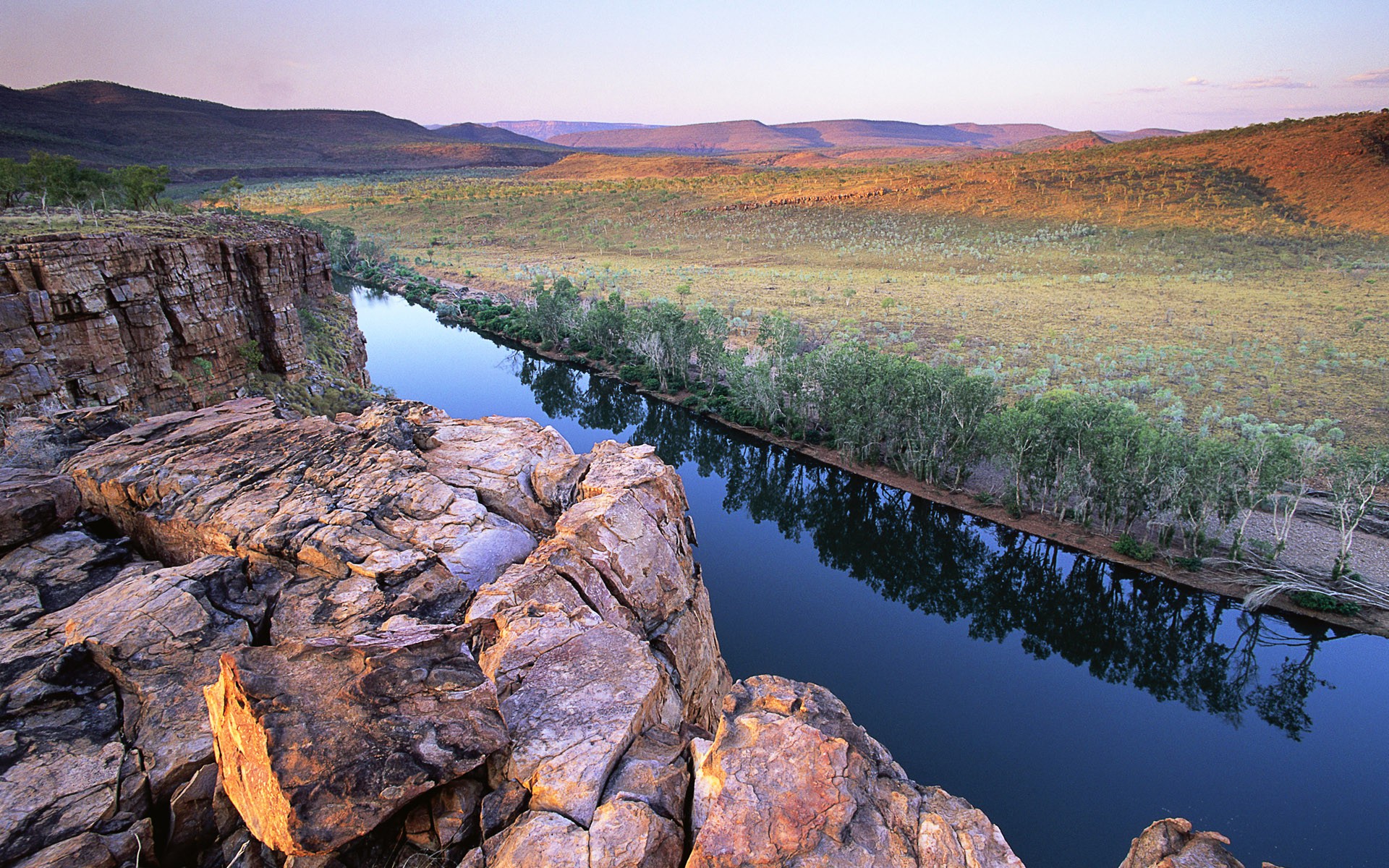 Located in Nitmiluk National Park in the Northern Territory, Katharine Gorge is a dramatic region where the stories of Aboriginal ancestors echo through rock art and are reflected off the emerald rapids and falls. With 13 gorges this magnificent landscape offers an outback window into the late Miocene era. 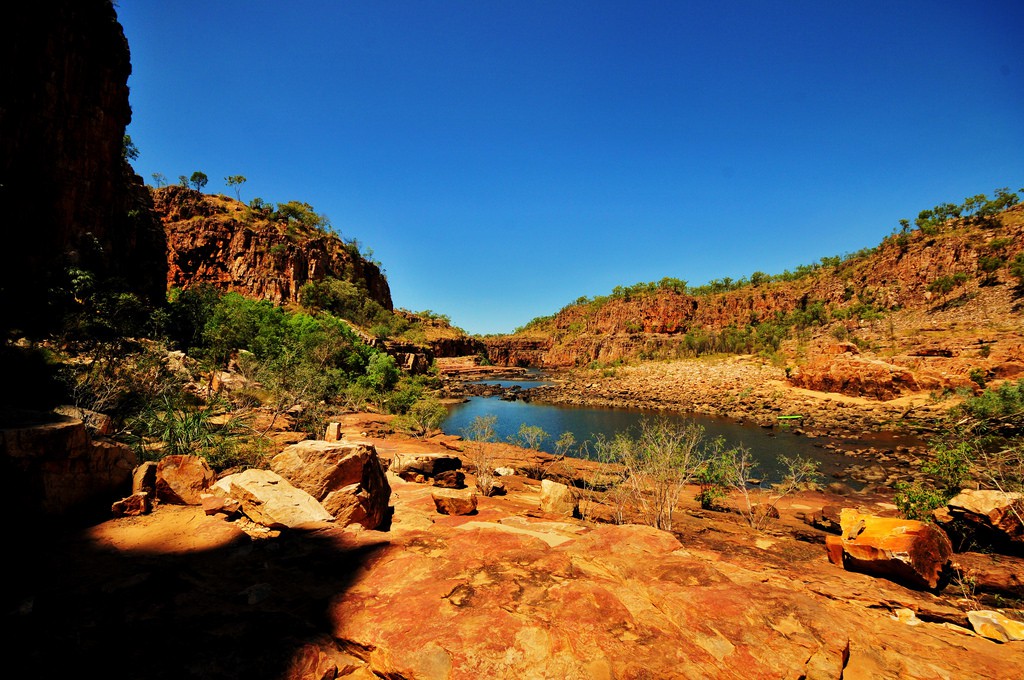 Only five kilometres off the coast of Wilsons Promontory is an isolated island which resembles a human skull and has hosted fewer visitors than the moon. Large enough to fit the Sydney Opera House, the cavern on Cleft Island looks like a prehistoric lair, and it’s said that the cave was once the target for cannonball practice.

Hopground Beach on Maria Island, off Tasmania’s east coast, is a sandstone canvas stained by the mineral rich saltwater of the Tasman Sea. The Painted Cliffs feature breathtaking golden bands and pink rings as well as honeycomb cliffs. 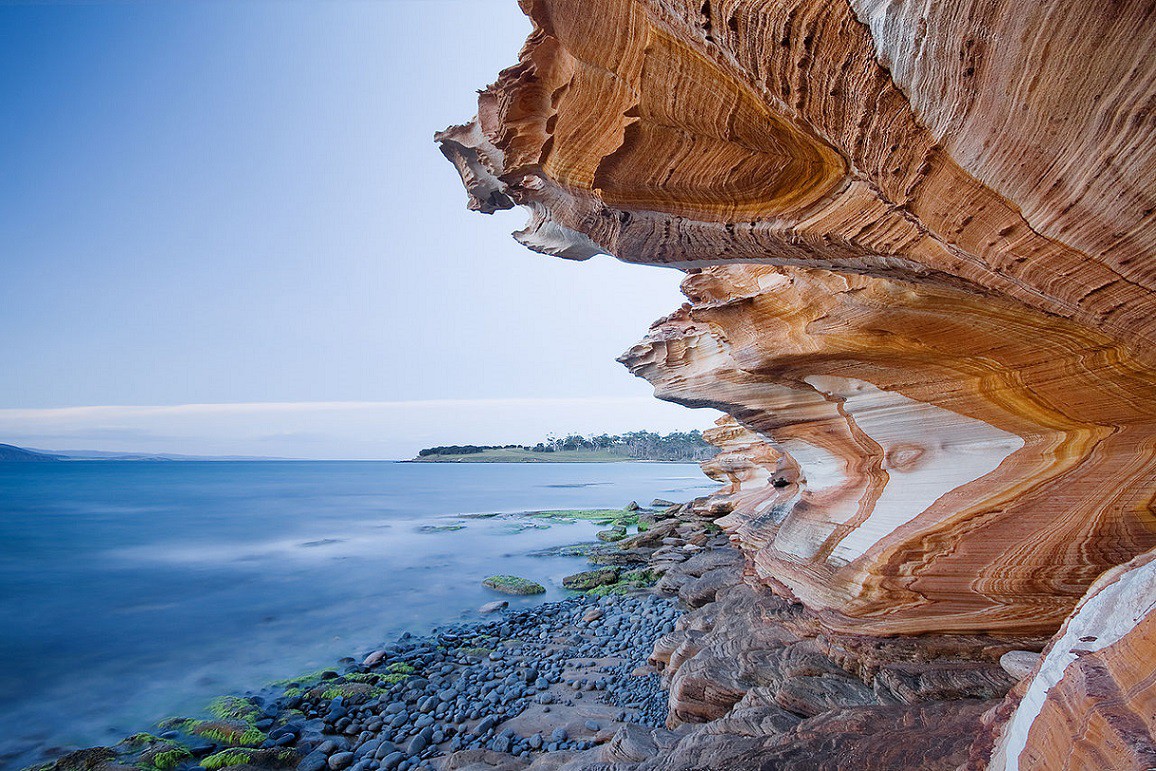 The jewel and pinnacle of the Australian Alps is Mount Kosciuszko which stands 2,228 meters above sea level. Blanketed by snow in the winter, the panoramic view from the summit of Mount Kosciuszko takes on a Tolkien-esque appearance. 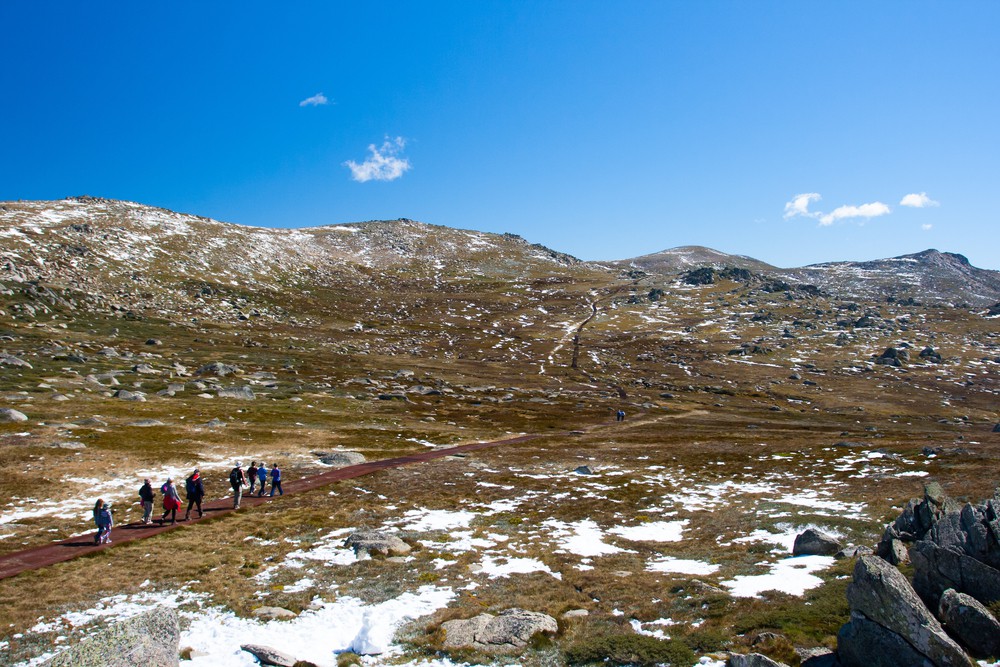 A spectacular view across the valley on the Kosciuszko | © FiledIMAGE/Shutterstock.commons

Often named as one of the top 10 beaches in the world, Tasmania’s Wineglass Bay is a secluded crescent coastline in the Freycinet National Park. With luminous white sand and turquoise waters the pristine peninsula is a divine sanctuary for beachgoers.

Named by Matthew Flinders who first discovered it in 1802, Lucky Bay in Esperance, Western Australia is a secluded beach where sapphire water meets sand dunes imprinted with tire tracks and where friendly kangaroos lounge beside you as you soak in the sun. 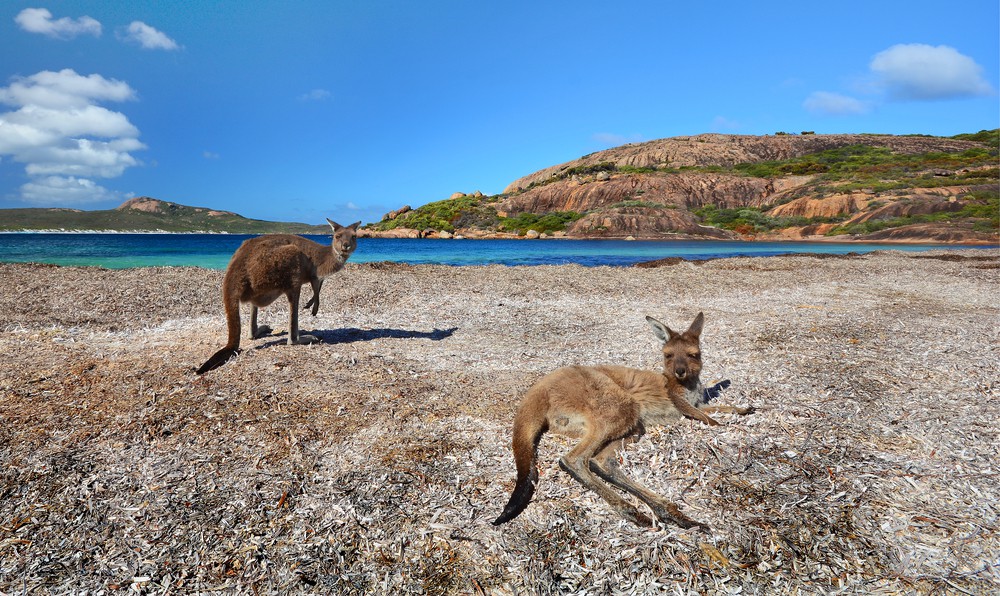 Fraser Island’s picturesque Lake McKenzie is a rainwater pool not fed by streams or the ocean, which allows it to preserve its crystal blue clarity. Surrounding the lake are shores of pure white silica sand. 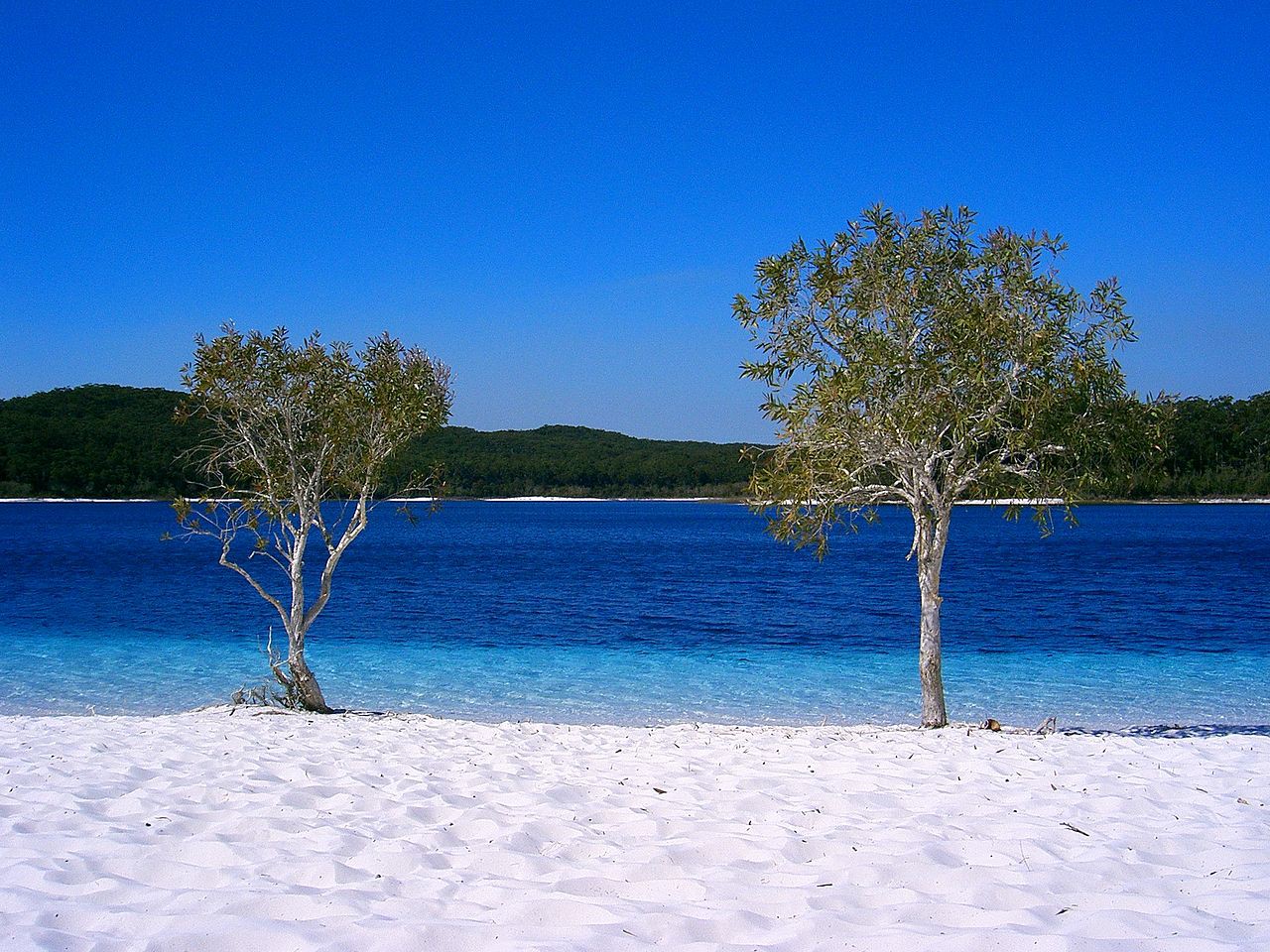 With rolling hills and nostalgic country charm the Barossa Valley in South Australia is a relaxing region where hot air balloons dot the sky. This world-famous wine region was established in the 1880s and is still renowned for its shiraz. 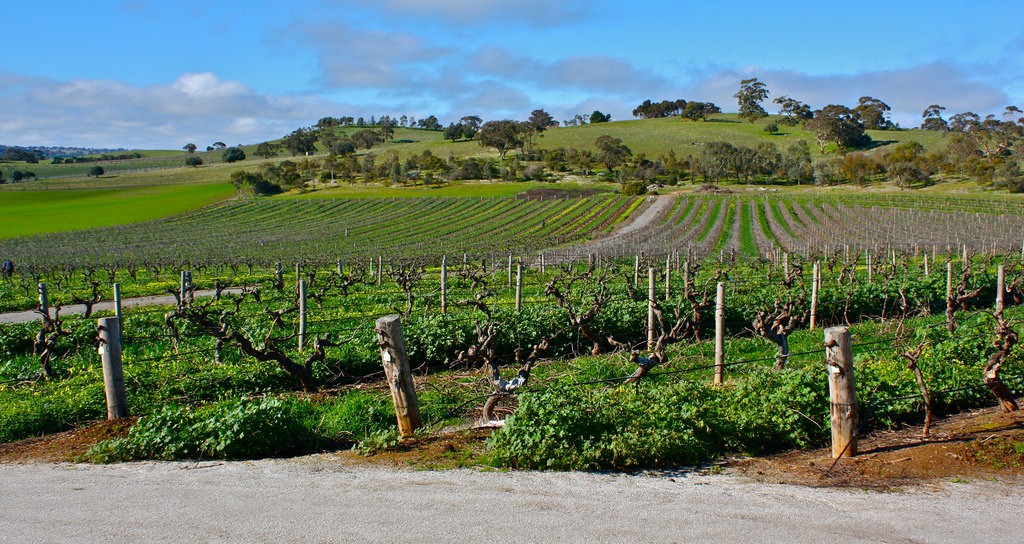 Although it may look like the ruins of an ancient civilization, Paronella Park was built in the 1930s by José Paronella whose dream it was to recreate the Spanish Catalan Castles. Now surrounded by lush rainforest, Paronella Park looks like a lost temple from an Indiana Jones crusade. 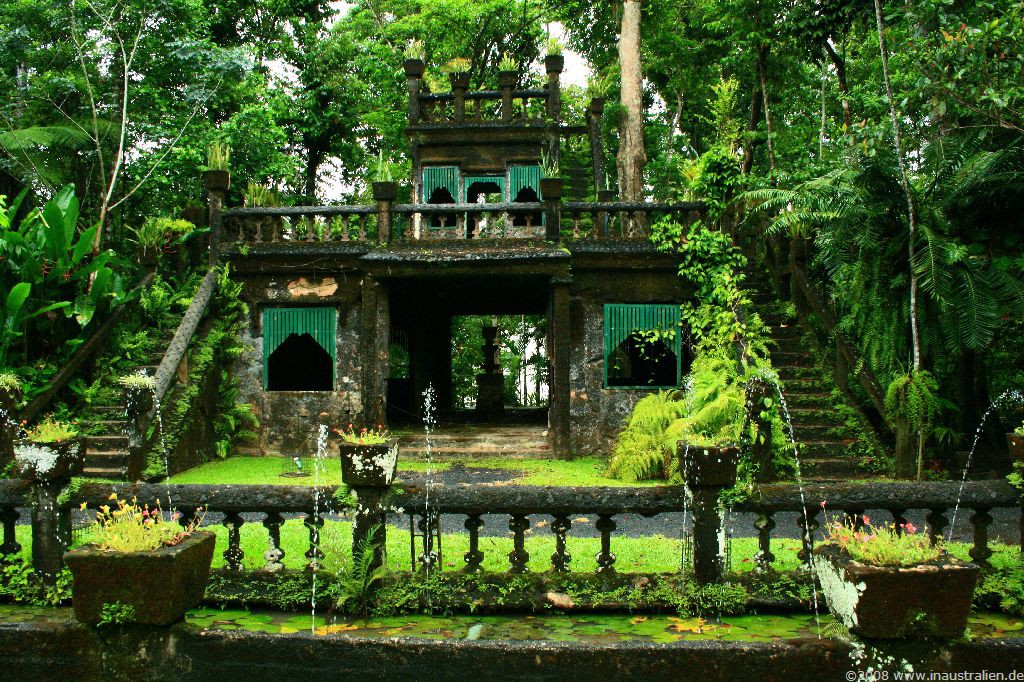 Described by David Attenborough as ‘one of the greatest wonders of the natural world’ the Horizontal Falls in Western Australia is a natural phenomenon where powerful tides create flat waterfalls, instead of vertical cascades. 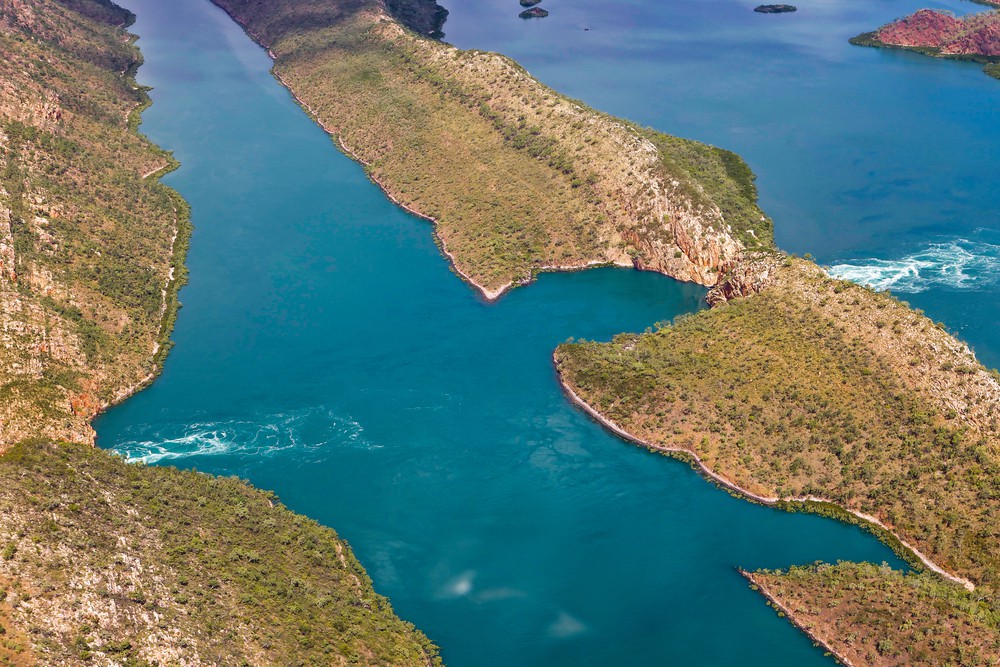 Perched on the cliffs of Kangaroo Island the distorted collection of Remarkable Rocks seem taken from a Martian landscape. In truth, these terrestrial boulders have been slowly eroding for 500 million years. 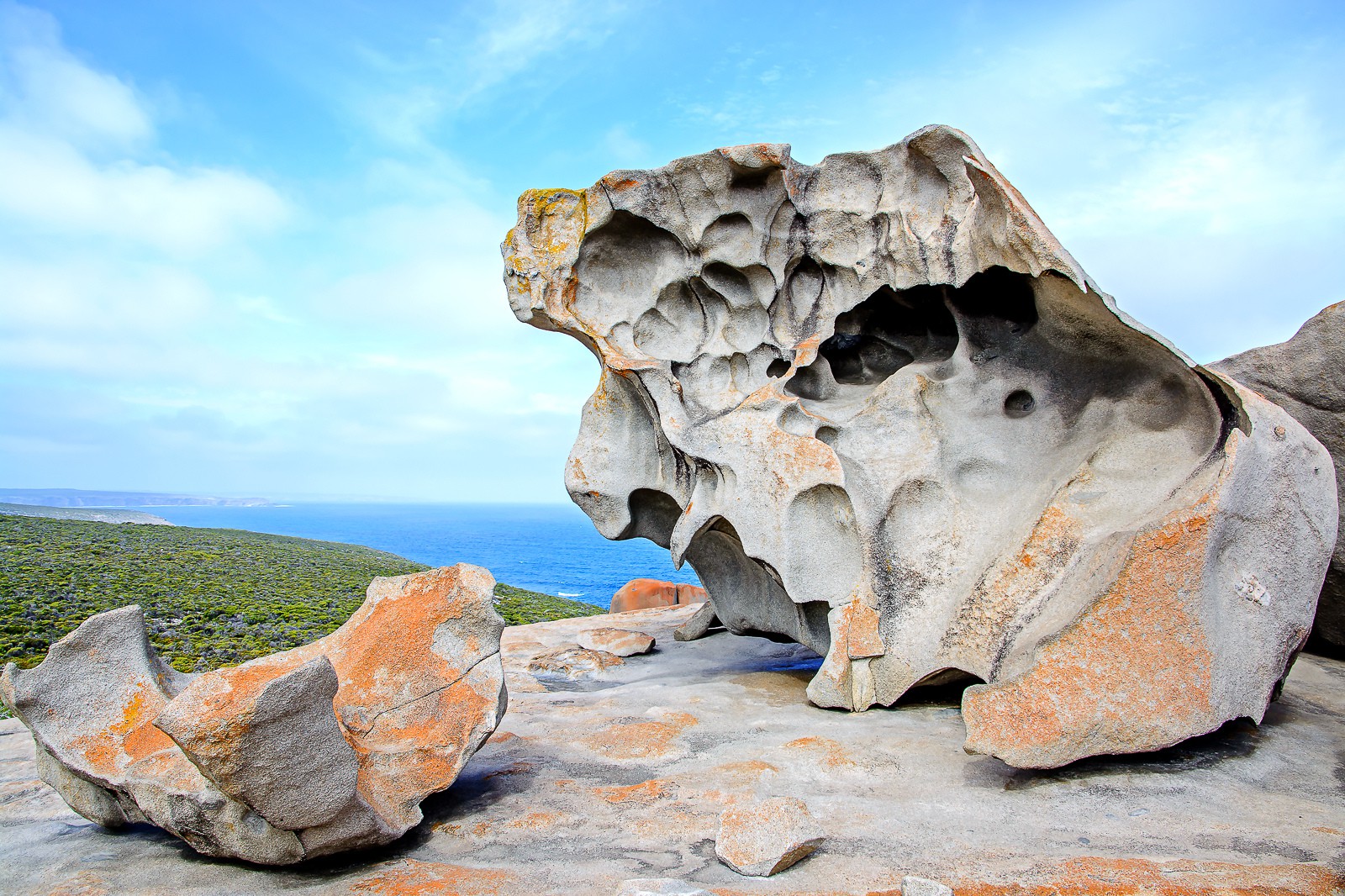