Funchal is the vibrant capital of Madeira, a subtropical island in the Atlantic Ocean around 960 kilometers southwest of Lisbon. Framed by a dramatic backdrop of towering, cloud-tipped mountains on the island’s south coast, the city unfolds over a series of steep hills and flattened terraces, a landscape that helps define the character of this extraordinary destination.

Funchal has much to offer the visitor. Its wealth of historic monuments range from cherished convents and sturdy sea forts to venerable museums and a cathedral that dates back to the early days of the island’s colonization.

Madeira’s abundance of colorful and exotic flora is apparent in the parks and gardens that enliven the city’s urban fabric. The daily market tempts with ripe, succulent fruit and vegetables and the freshest of fish and seafood.

Wander the Old Town for an authentic glimpse into the past before taking a cable car for a stunning overview of the city – a truly uplifting sightseeing excursion. Later, head for the harborside promenade and marvel as twilight Funchal begins to sparkle as if sprinkled with diamonds.

For ideas on other worthwhile places to visit, see our list of the top tourist attractions in Funchal. 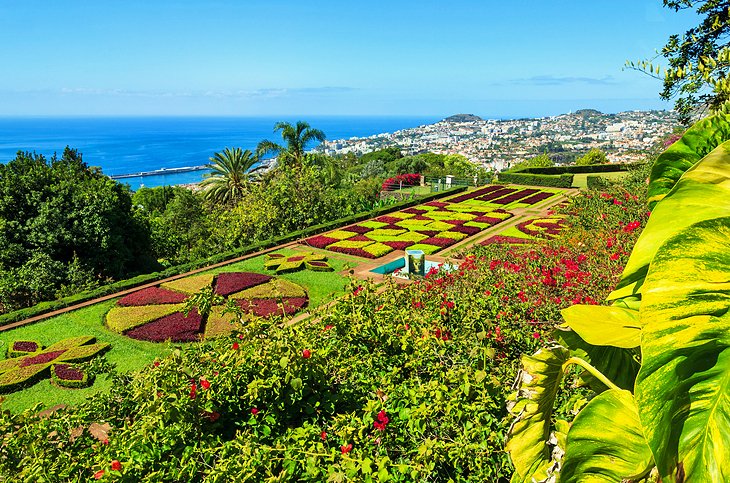 About four kilometers northeast of Funchal city center is one of Madeira Island’s greatest tourist attractions, the Botanical Garden. Draped over the slopes of the Quinta do Bom Sucesso estate, the garden dazzles with its rich and diverse subtropical flora. Thousands of indigenous plants, trees and flowers share the grounds with other exotic species from around the world.

A manor house that used to belong to the estate’s original owners is now the Natural History Museum, which is situated near the entrance. The western edge of the garden affords spectacular views across Funchal bay, and a novel way of reaching the estate is by the Teleférico do Funchal cable car. 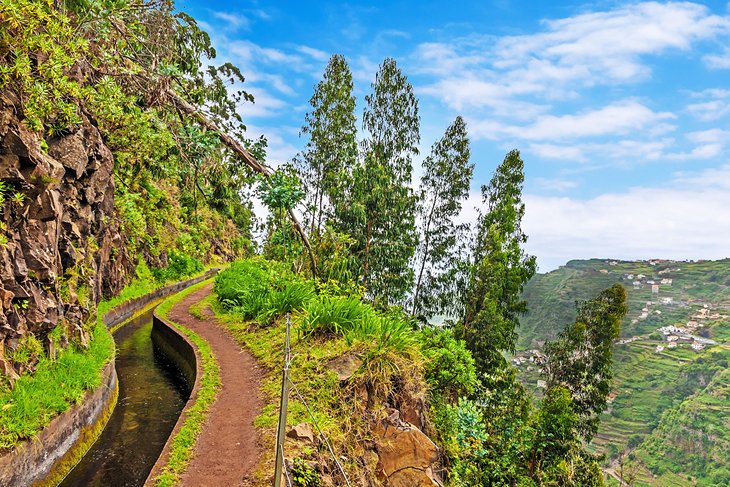 Of all the recreational things to do in Madeira, walking the levada footpaths is arguably the most popular activity. Hiking across the island following these narrow man-made irrigation channels is one of the great pleasures afforded to visitors, and there are dozens of these unique channels to explore.

The levadas of Madeira carry water to all four corners of the island, the channels collecting rainwater throughout the year. Maintenance paths run alongside the levadas, providing a network of scenic footpaths reaching into remote parts of the island. Some skirt the coast.

You can tread a path alone, but to get the most out of a hike, it’s better to sign up for a guided walking tour. This way, you’ll enjoy the company of other like-minded individuals and benefit from the expertise of a seasoned local with expert knowledge of the outdoors. 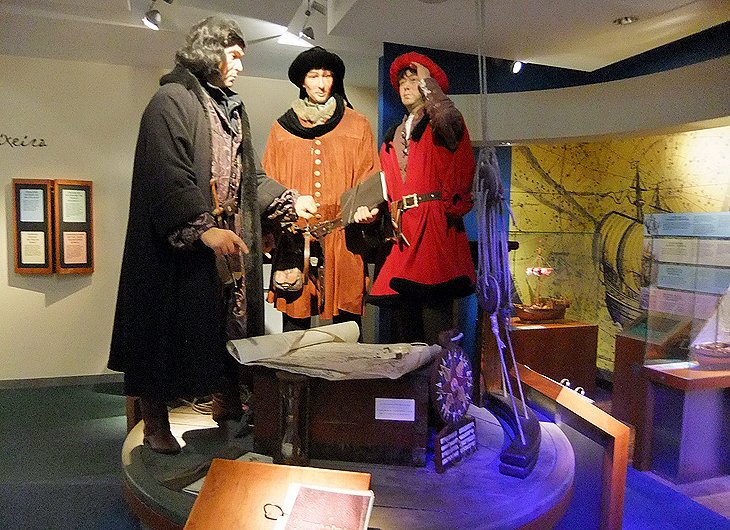 One of the first things to do in Funchal is visit this excellent museum near the Teleférico do Funchal, which charts the history and culture of the Madeira archipelago in an engaging and highly entertaining manner.

Themed exhibitions are arranged according to periods in the islands’ history, and visitors are able to interact with each subject through sound, vision, and other state-of-the-art multimedia technology. There are even special smell boxes that recreate the fragrance of a particular environment. An on-site shop stocks a quirky array of gifts and locally made artifacts. 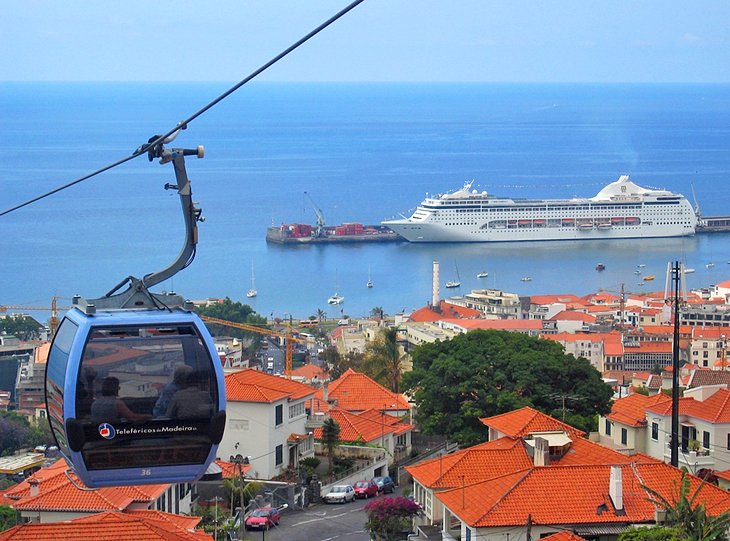 The Madeira Cable Car is one of Funchal’s most popular sightseeing attractions. Passengers are taken on a 15-minute “flight” over the Madeiran capital and up into the surrounding hills. Specially designed cabins afford outstanding 360-degree views of the town below, the dramatic mountain landscape, and a shimmering blue Atlantic Ocean.

At its highest point, the cable car glides 560 meters above sea level. Departing from the esplanade near the Zona Velha, passengers can alight at Jardim Botânico or continue towards Jardim Tropical Monte Palace, the final destination. From here, a novel way of returning to the city center is by the Monte Toboggan. 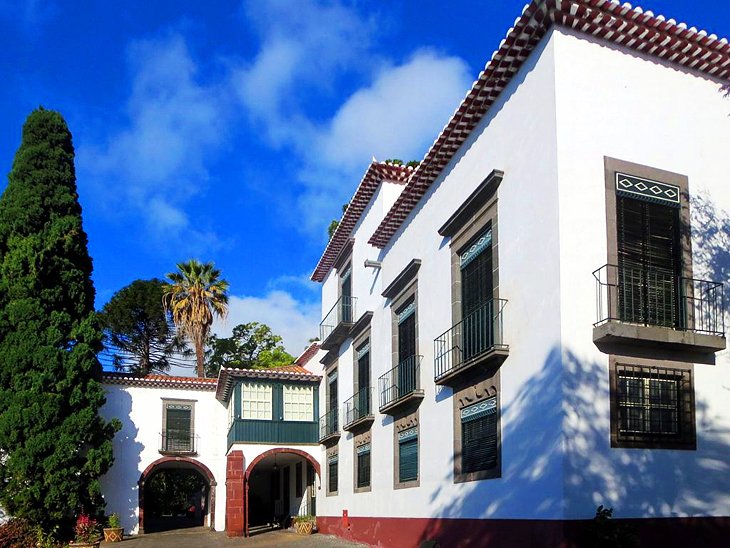 The Quinta das Cruzes estate crowns a steep rise behind Funchal town center. The lush, verdant grounds encompass an excellent museum housed in a mansion that used to be the family residence of Portuguese navigator João Gonçalves Zarco who, together with Tristão Vaz Teixeira, discovered Madeira in 1419.

The museum displays decorative artworks that poignantly evoke the period in which Zarco lived and provides a suitable introduction to the history behind the island’s early pioneers. A tea house set in the landscaped gardens offers tourists light refreshments.

Visitors can combine an excursion to the Quinta with a visit to the nearby Convento de Santa Clara. 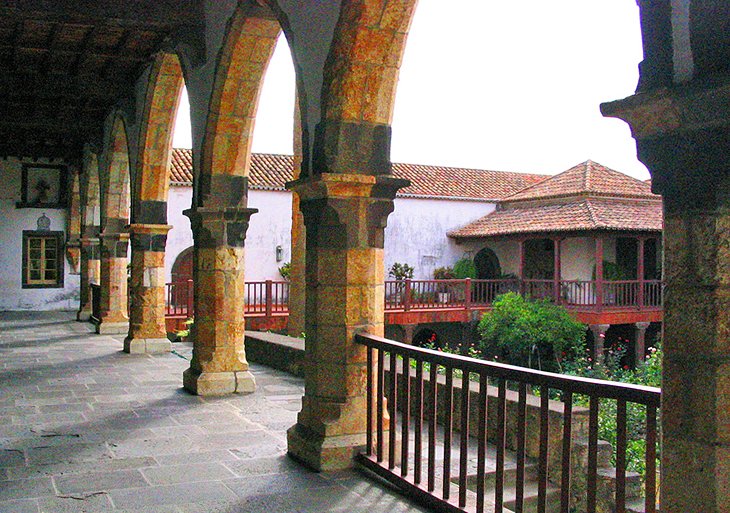 A short walk from the Museu da Quinta das Cruzes is the serene Santa Clara Convent. Founded in 1476, the convent was last occupied by nuns in 1890. Today, visitors can meander through the simply furnished Upper and Lower Choir rooms before wandering the elegant cloisters, which provided access to chapels and oratories.

The convent’s bell tower is noted for its Moorish-style cupola, decorated with a chessboard of blue, white, and gold ceramic tiles. Neighboring the convent is Santa Clara Church, completed in 1493 and equally celebrated for its beautiful and intricate tile work. 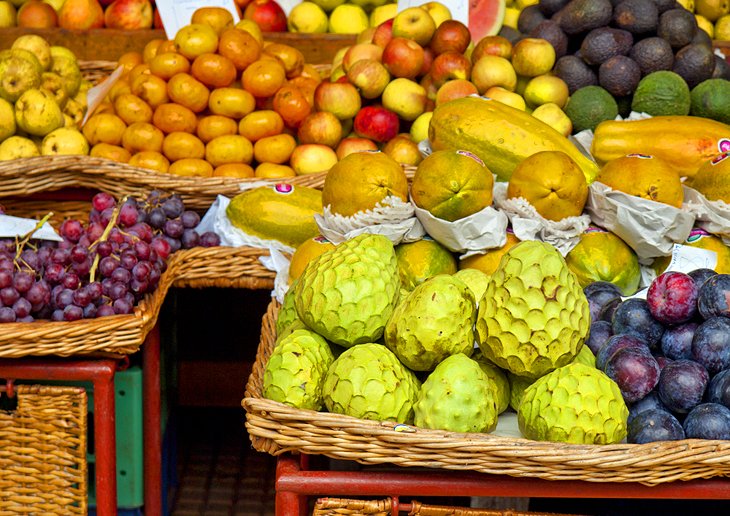 One of the most memorable things to do in Funchal is to spend a morning at the colorful and animated farmers market. Located east of the Se, this is the island’s largest market, where stallholders sell huge bunches of flowers and a vast array of fresh fruit and vegetables in a handsome Art Deco hall.

An assortment of fish and seafood landed the same day lures shoppers to the basement – tuna and espada (scabbardfish) are favorite purchases. The first-floor is a warren of independent retail outlets specializing in local handicraft, wicker, and leatherwork. The market is at its busiest on Friday and Saturday mornings when farmers bring in their produce from surrounding villages. 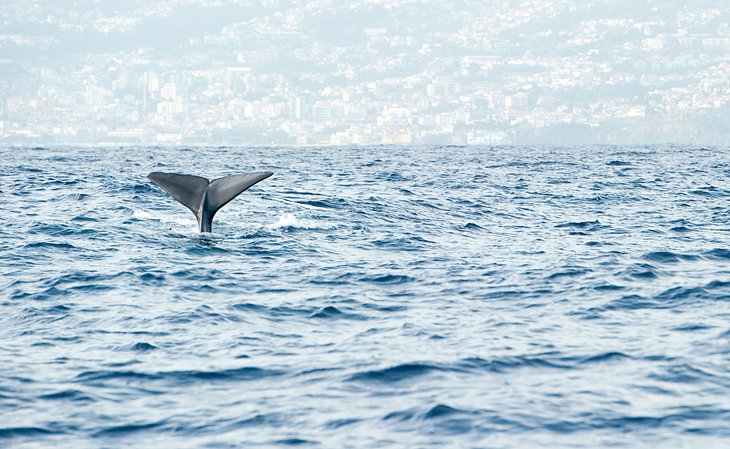 Madeira’s position in the Atlantic Ocean makes it a prime location for whale and dolphin watching. An excursion to see these beautiful and majestic creatures in their natural habitat is always a memorable activity, and one of the most rewarding things to do in Funchal.

Indeed, a dolphin and whale watching cruise on a luxury catamaran from Funchal provides some wonderful opportunities to observe these playful mammals at close quarters and combines a fun day out with an educational and environmental awareness program.

Madeira whale and dolphin watching operations prioritize the welfare of mammals and other sea life and are run by expert guides. The cruises are suitable for all ages and are especially beneficial for youngsters. 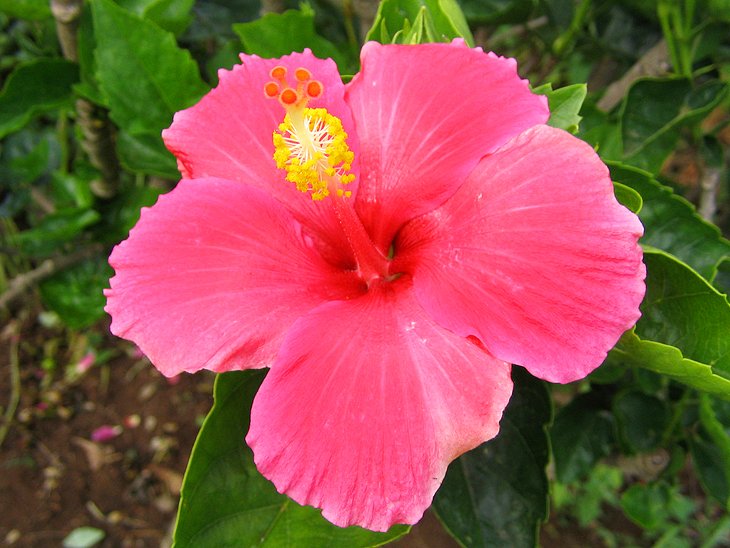 Rich in color and scent, the carefully nurtured Palheiro Gardens are divided into several distinct habitats: The Stream Garden, Sunken Garden, Rose Garden, Lady’s Garden, and the wild and deliberately overgrown Hell’s Valley. Tourists from around the world are drawn to Palheiro’s astonishing collection of flowers, displays that include rare and delicate orchids and camellias.

The gardens, created by a wealthy nobleman in 1801, are also renowned for their tropical trees, abundance of plant life, and fauna – more than 290 different species of birds have been observed around the estate. 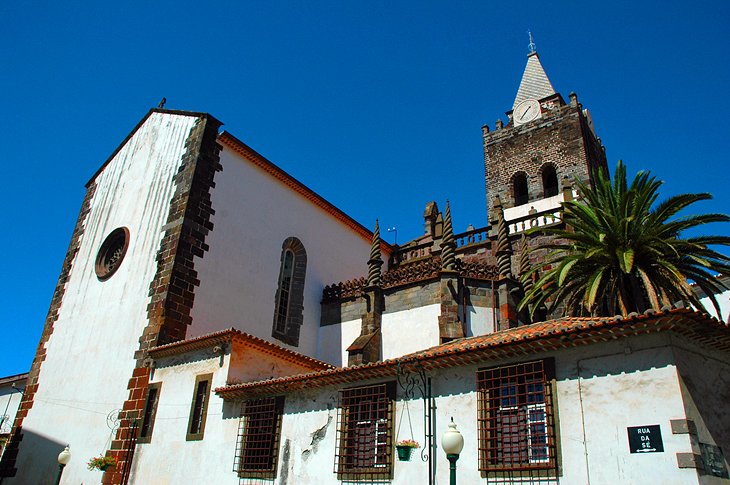 Funchal’s cathedral was consecrated in 1514 and is a functioning religious building. Its rather austere façade belies a rich interior that features an early 16th-century gilded altarpiece and richly carved sanctuary.

A fabulous ceiling of white cedar with ivory inlay further heightens the ornate Gothic woodwork. Its knotwork style blends Moorish and European architectural elements, and is one of the finest examples of its kind in Portugal.

The cathedral remains a focus of Funchal society, and while it’s free to enter, sightseeing should be timed between church services.

Six hundred years of Madeira’s fascinating, intriguing, and often turbulent history is brought to vivid life in a 30-minute animated film that takes viewers through the main periods of the island’s past.

A stunningly produced audiovisual treat, this mini-documentary tells the struggle of early settlers as they faced revolution, war, famine, and isolation. It also celebrates the islanders’ singular resolve in adapting to such a harsh and difficult climate, and their eventual success in transforming a speck of land in the Atlantic Ocean into the idyllic destination it is today.

Screened in continuous sessions with a soundtrack in several languages, the film is an ideal and suitably dramatic introduction to Madeira and its culture and people. 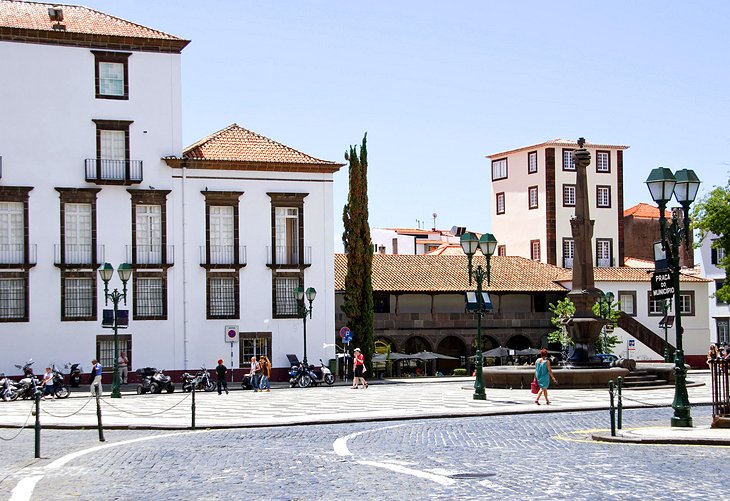 Funchal’s Sacred Art Museum enjoys a stately presence in the former bishop’s palace, a building dating from 1600. The rich cache of rare paintings and statues, illuminated books, and gold-embroidered vestments are arranged chronologically between the 15th and 19th centuries over two floors.

The exhibits reflect the propensity by Madeiran merchants to spend profits generated from the island’s lucrative sugar trade on commissioning works of religious art to secure their salvation in the afterlife.

The palace itself is of considerable architectural merit and the museum makes for a quiet and contemplative diversion. 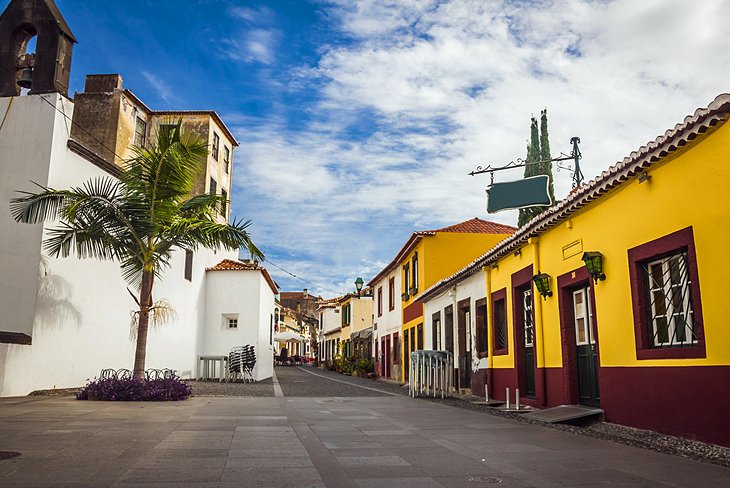 As the name indicates, Funchal’s “Old Town” is the city’s oldest neighborhood and is where some of the earliest streets and buildings are located. An imaginative urban regeneration initiative has seen the doors in Rua Santa Marta and other nearby roads painted by Portuguese and international artists as part of the Arte Portas Abertas (Art Open Doors) project.

The many different and striking designs have effectively created an open-air gallery, where tourists can wander the area at leisure and admire this extraordinary urban canvas. 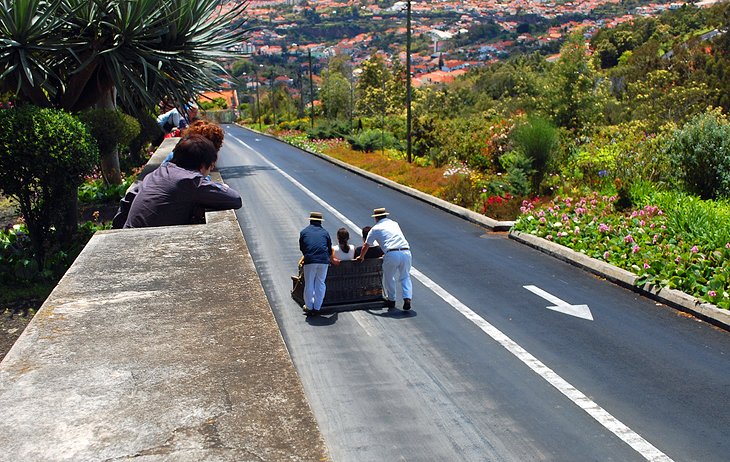 Ernest Hemingway once described the Monte Toboggan run as “exhilarating” such was the great writer’s sense of amazement after being whisked down a steep hill in a wicker basket.

Originating in the 19th century as a rudimentary form of public transport, the tradition continues whereby passengers seated in a wooden sled mounted on wooden runners are steered downhill by carreiros – two men dressed in white and wearing straw boaters – who use their rubber-soled boots as brakes to negotiate the four-kilometer descent from Monte to Funchal in 20 minutes. 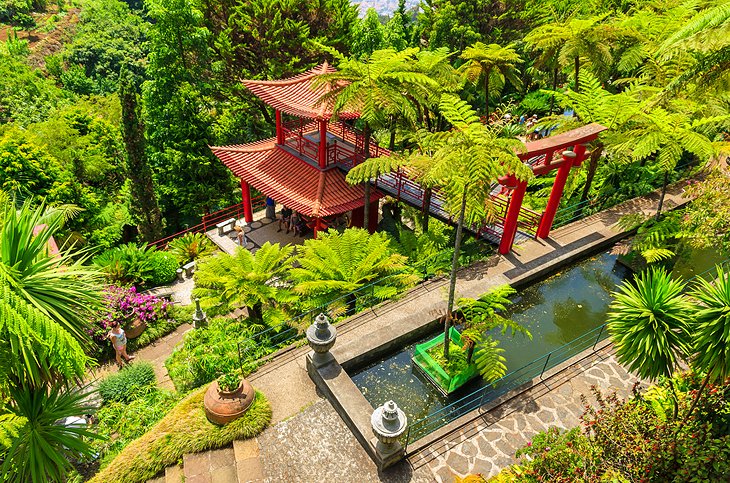 Set 600 meters above the city, the landscaped gardens are frequented by free-roaming heron, peacock, and black swan, among other wildlife. Plump koi patrol the estate’s crystal-clear lakes, the borders of which are decorated with Art Deco scenic panels.

Within the grounds is the Monte Palace Museum, which houses one of the most comprehensive collections of Zimbabwean sculpture found in Europe. Another wing is devoted to an astonishing display of minerals and gems. 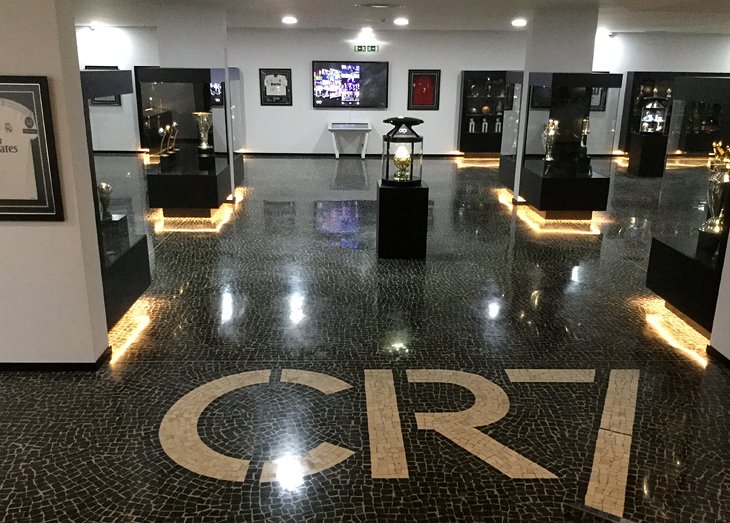 A must-see for any football fan and a positive pilgrimage for admirers of Portuguese footballer Cristiano Ronaldo, the CR7 Museum is one of the most popular visitor attractions in Funchal.

Named after his initials and national team shirt number, the museum is essentially a swanky depository for the numerous cups, winner’s medals, man-of-the-match and player-of-the-year awards, and golden boot trophies the Madeira-born footballing superstar has collected throughout his glittering career.

Fan letters from around the world also form part of the exhibition, as well as a display of shirts and other sporting paraphernalia connected to the man many regard as the world’s greatest footballer.

This is the Most Peaceful Country in Europe – Here’s Why

5 Most Beautiful Regions in Portugal