Koalas are some of the most fascinating mammals on the planet. A huge part of Australia’s unique ecosystem, they are often perceived to be cute, cuddly critters purely known for munching eucalyptus and climbing trees! However, there is more to the humble koala than you might think. In fact, we have enough interesting facts about koalas to fill a full file – so let’s get started and look at them in a bit more detail!

1. Ok – the big question many people will likely ask about koalas to begin with is – of course – are they actually bears? No. The term ‘koala bear’ is a bit of a misnomer. They are actually marsupials, of which you will find many across Australasia. Down under, koalas are generally referred to as bears thanks to their looks. However, they share no genetics.

2. Much like humans, koalas actually have fingerprints. They are unique from koala to koala, mean it is perfectly possible to tell them apart just by looking at their hands.

3. Koalas generally, of course, rely on leaves of the eucalyptus tree to survive. However, the average koala is unlikely to eat from just any old patch or clutch of eucalyptus. They are only ever likely to eat from up to 50 different species. Considering there are more than 700, that’s a pretty tight and fickle diet.

5. A koala is likely to be quicker on its paws than you might think. For example, if they really need to get away quick, a koala can reach speeds of up to 18 miles per hour. However, this isn’t too common!

6. Koalas are thought to live up to the age of around 20 years old in the wild, though this may vary in captivity.

7. The word koala is thought to be Aboriginal, and it is said to mean ‘no drink’. This, of course, could relate to the fact that koalas generally get much of their water from the leaves they are so famous for munching down on.

8. However, koalas do actually drink water when they need to, particularly when the weather starts to get pretty hot. Down under, as you can imagine, that’s likely to happen quite a lot!

9. Koalas benefit from having caecums. A caecum is a unique organ which helps them to continue eating and digesting the leaves that fill their diets.

10. Koalas are, sadly, under threat of losing their habitats due to deforestation. However, they have come under threat of extinction long before. It’s thought that koala fur was once hotly sought after for its waterproofing qualities. Thankfully, US President Herbert Hoover managed to sign an import ban on koala pelts when he was acting as secretary of commerce. This move, at least, may have saved thousands of koala lives.

11. It’s thought that Hoover was invested in signing this ban as he had spent a lot of time in Australia during his youth.

12. The average koala is thought to be at least 23 inches tall, and to weigh around 20lbs. 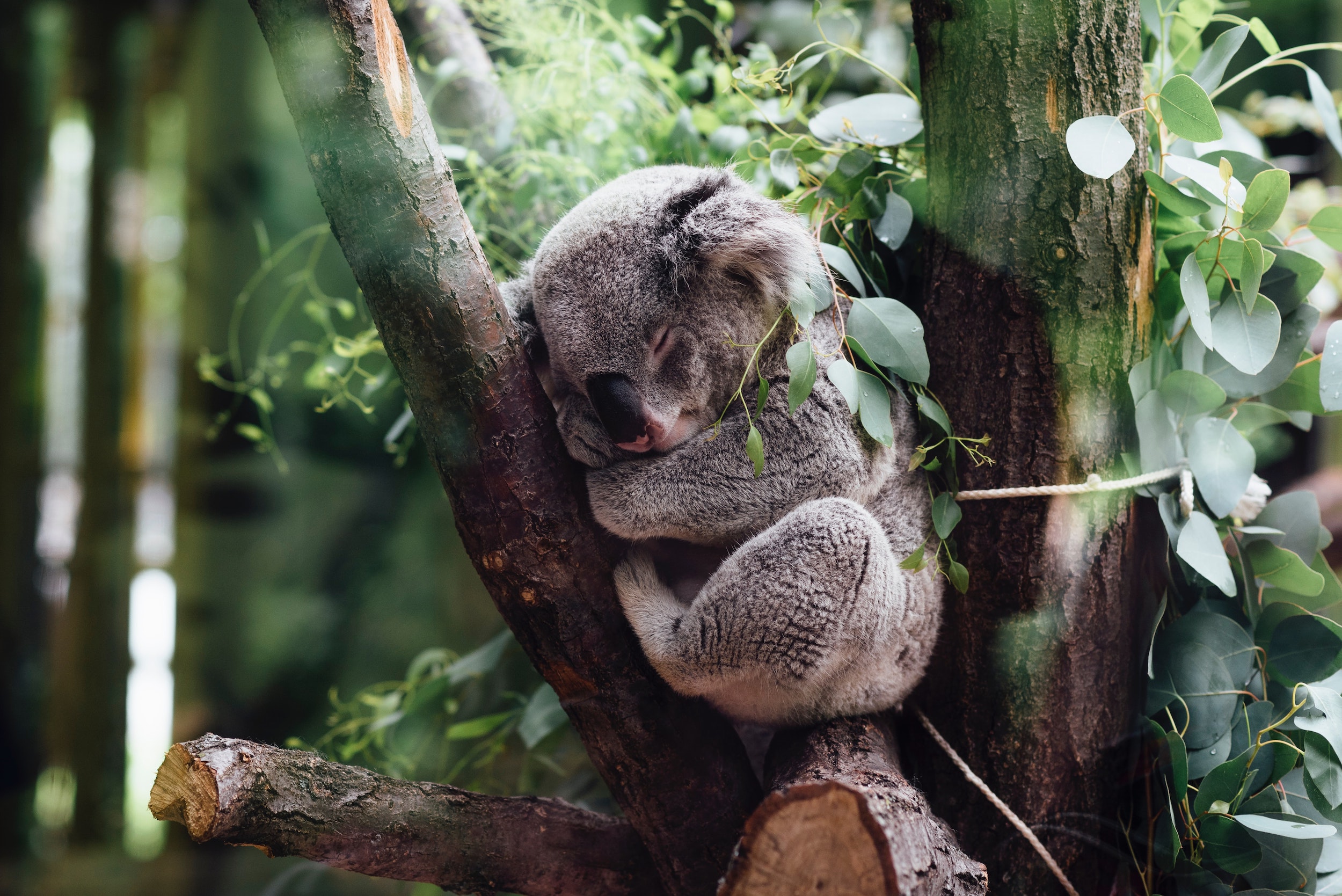 13. Bushfires continue to ravage habitats and homes for thousands and thousands of koalas. Many koala lives were at risk, for example, during the devastating fires which rocked Australia during 2019 and 2020.

14. The International Union for the Conservation of Nature has named koalas as one of ten critical species likely to be impacted worst by threats of climate change. Therefore, research and conservation efforts are continuing to step up.

15. There are many natural predators that koalas face, too, as well as habitat destruction. They are likely to be easy prey for dogs, owls, and dingoes. However, as many are found in built-up areas across Australia, they may also be at risk of getting hit by road vehicles.

16. Koalas tend to live a fairly sleepy life. They are known to snooze up to 18 hours each day! Nice work if you can get it – though many previously thought that their long slumbers were as a result of them getting high off eucalyptus!