The Hague (Den Haag in Dutch) is the third largest city in the Netherlands. It is famous for being the seat of the Dutch government and home to the Royal Family. The Hague also retains much of its historical charm. Full of history, art and museums, there are lots of things to do in the Hague.

It is home to many embassies, as well as the headquarters of several international organizations – such as the UN International Court of Justice. While it doesn’t possess the edginess and excitement of Amsterdam, the capital city, its beautiful parks and fascinating architecture are definitely worth a visit. Here are 15 things to do in the Hague: 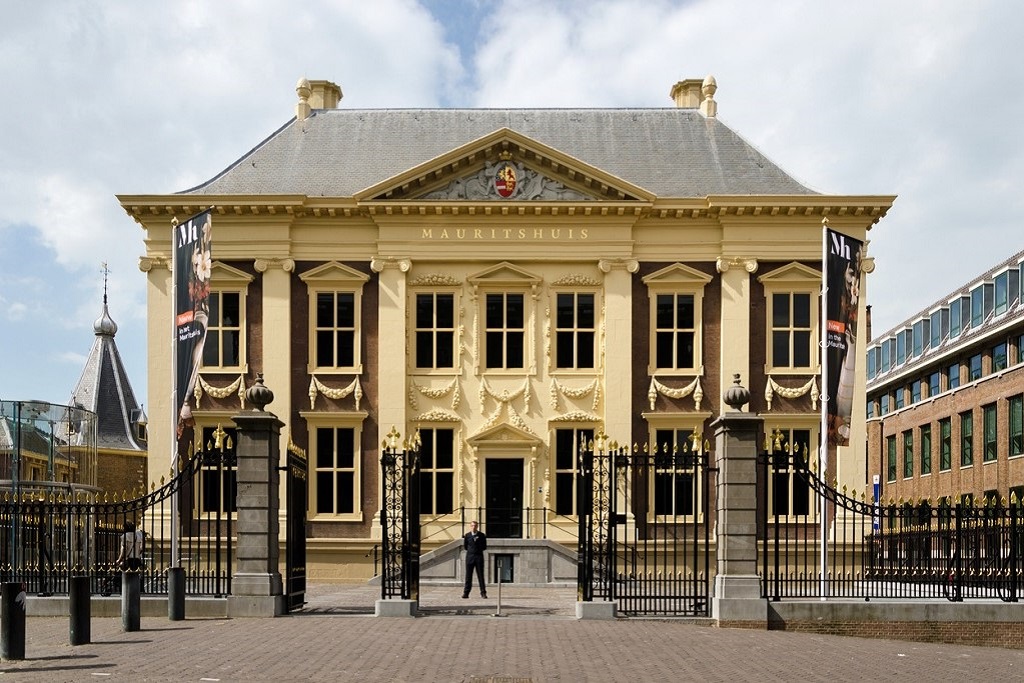 This classical building is home to one of the most important art museums in the Hague. Built in 1636, it has over 800 objects in its extensive collection of art and artefacts from the Dutch Golden Age. Highlights include Rembrandt’s Anatomy Lesson, Rogier van der Weyden’s Lamentation, and Vermeer’s The Girl With the Pearl Earring, as well as works by Velasquez and Rubens. 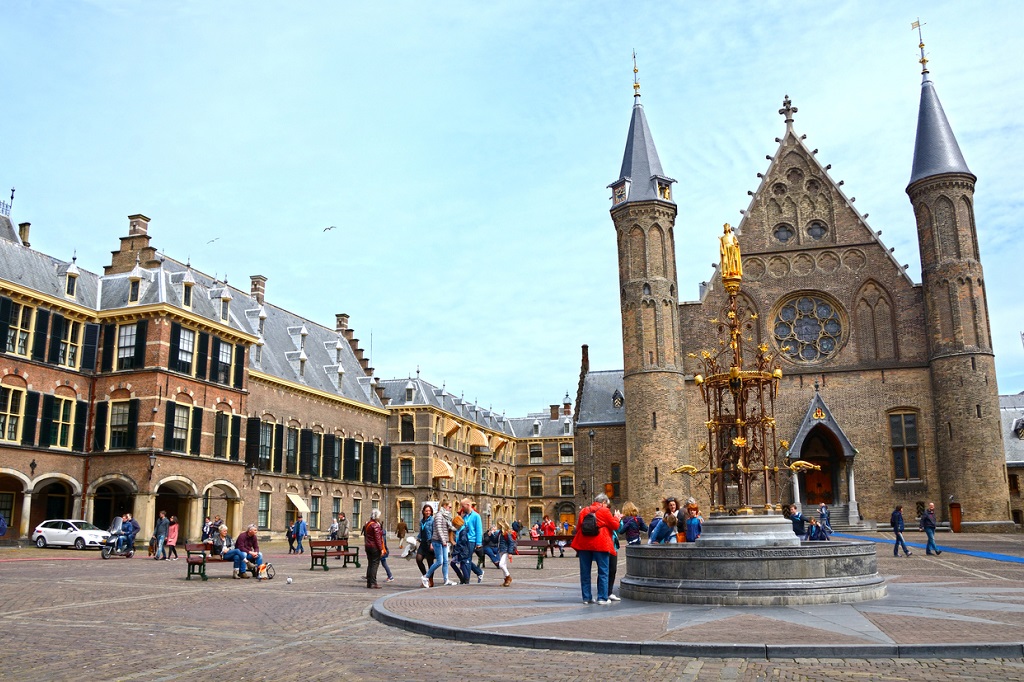 The oldest in-use House of Parliament in the world, the gothic castle that houses the Binnenhof dates back to 1250. An irregular complex of buildings constructed around a large central courtyard, it is situated along the Hofvijver lake. Visit the Rolzaal courthouse, the Lairessezaal with its 17th-century paintings by Gerard de Lairesse, and the First and Second Chambers. Also, don’t miss the exquisite 13th-century Ridderzaal, or Knights’ Hall. Reserved for special occasions, this Gothic-style hall with two towers is filled with intricated decorations, an ornate throne and the many spectacular stained glass windows. 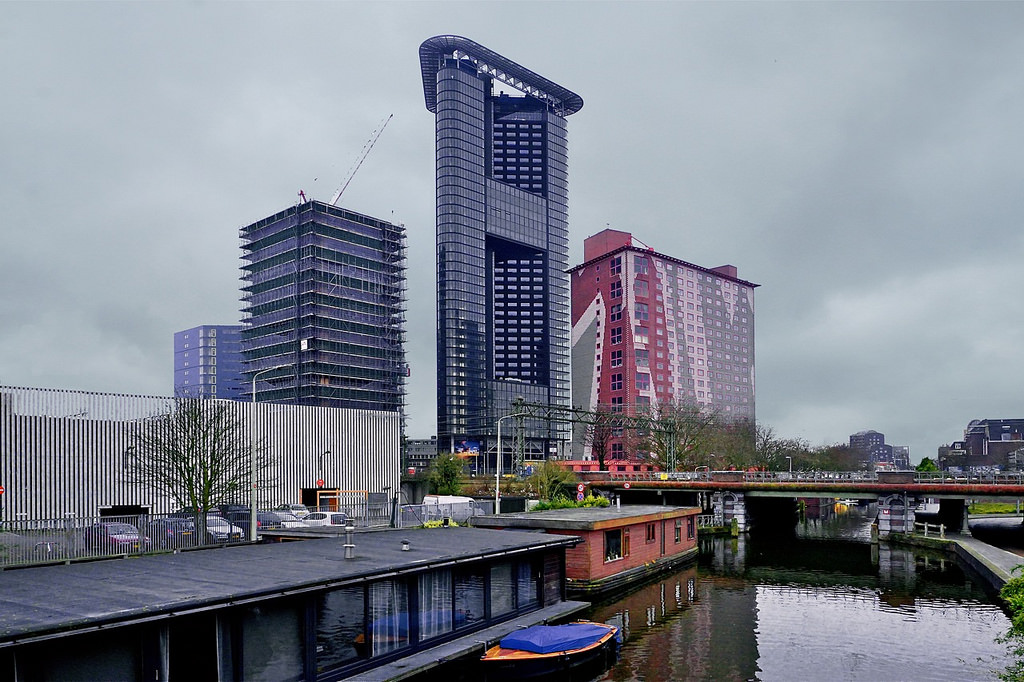 This enormous skyscraper (also known as the Flatiron, or Het Strijkijzer) is located near the Den Haag HS railway station. At 132 meters, it is the third tallest building in The Hague. While it mainly houses offices, there is also a viewing platform with breathtaking views of the city, and a nightclub and cafe. 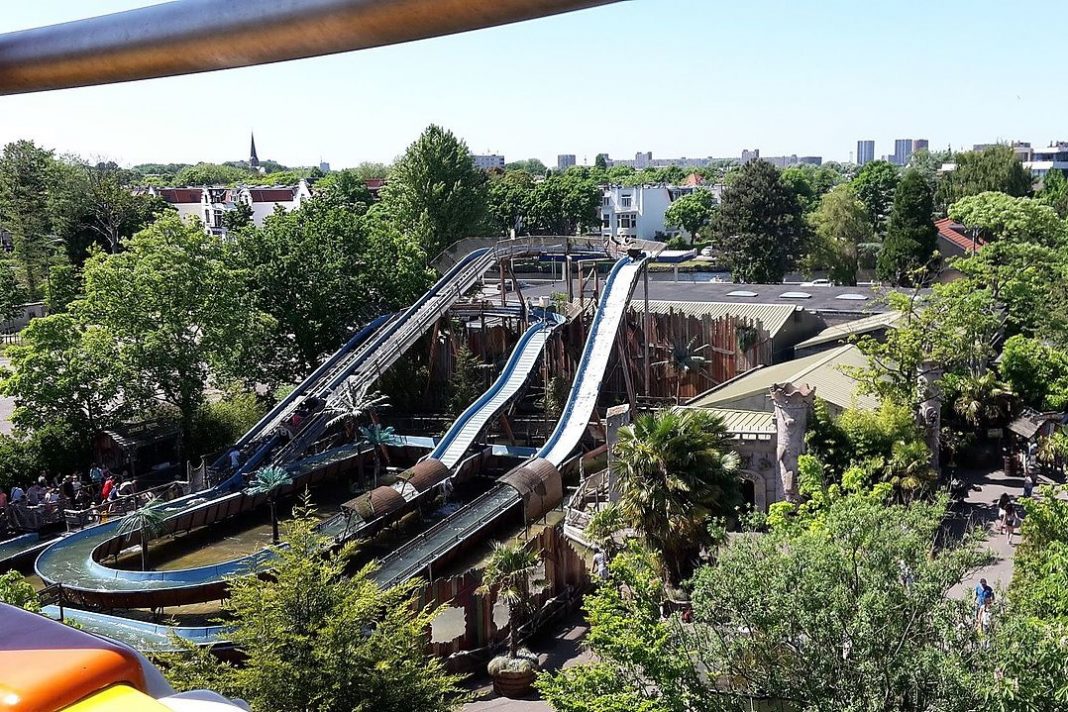 The Drievliet Amusement Park is an excellent place for the whole family to have fun. It features several thrilling rides, water games, a haunted castle, shows, and more. There are also a range of fairground stalls, a restaurant, and food vendors. Located in the southeast of the city, it is also an ideal place for a day trip. 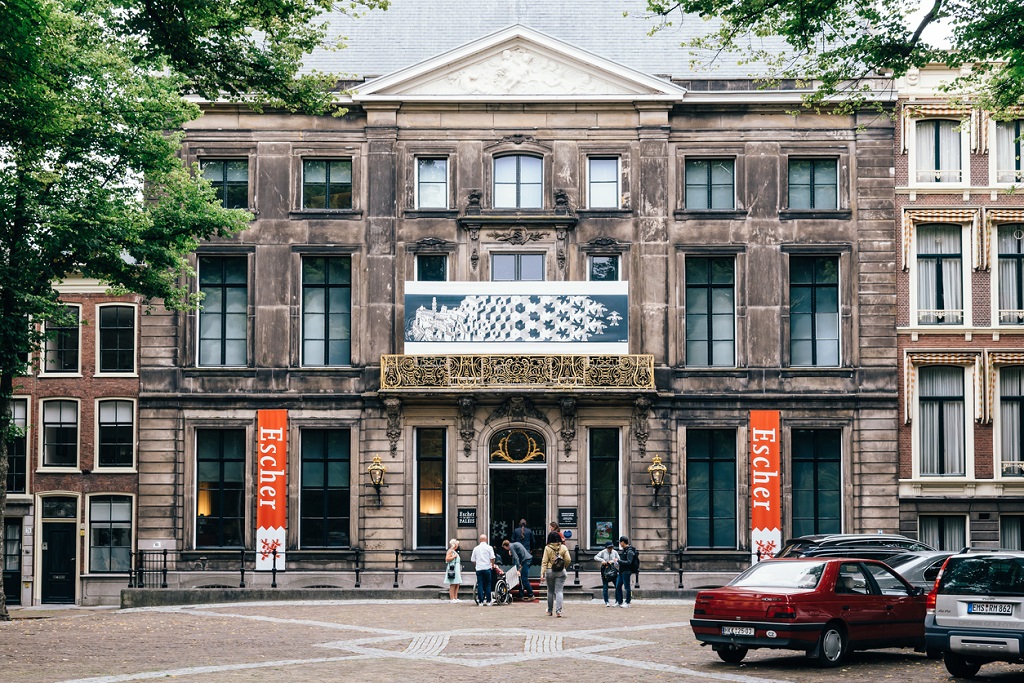 M.C. Escher was a famous 20th-century Dutch graphic artist whose works feature impossible proportions. He is known for his application of mathematics and geometry in his art which is displayed in the Escher in Het Paleis. Once a royal palace, it exhibits 150 of Escher’s most famous prints as well as woodcuts, mosaics, landscapes, photographs, and more. There is also an interactive optical illusion experience, where visitors can “see things through Escher’s eyes.” 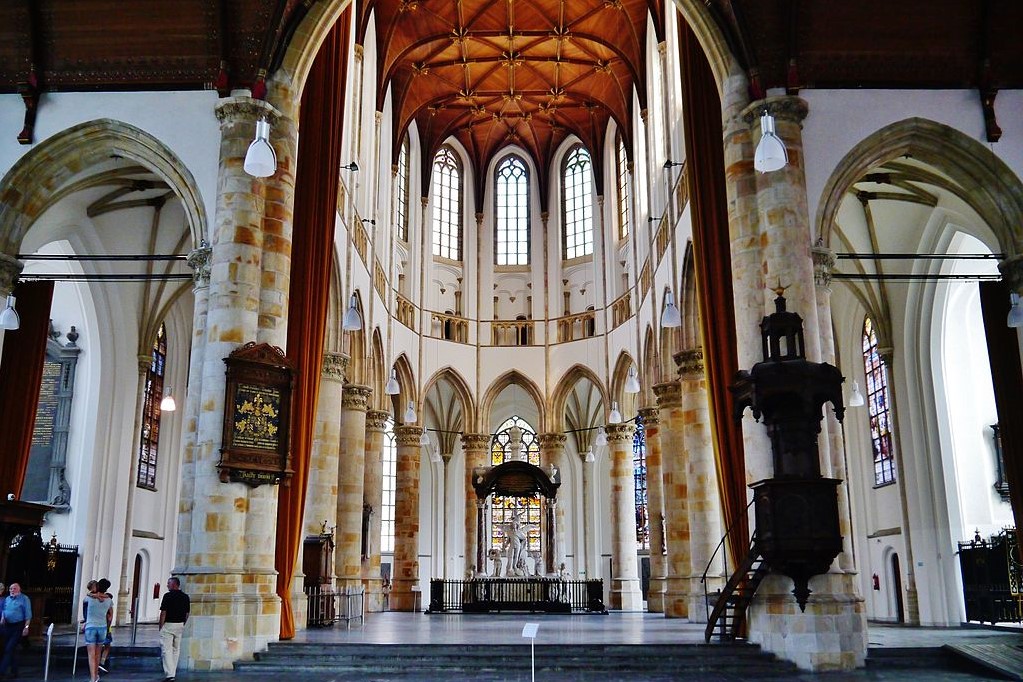 The Grote of Sint-Jacobskerk, or St. James Church, was built during the 15th and 16th centuries in classic gothic style. It is one of the oldest and tallest buildings in The Hague. Apart from its beautiful interiors, 19th-century organ, historical artwork, and stained glass windows, the main feature of this Protestant church is its six-sided clock tower. It features a detailed Carillion and a mechanical clock with 15 bells. 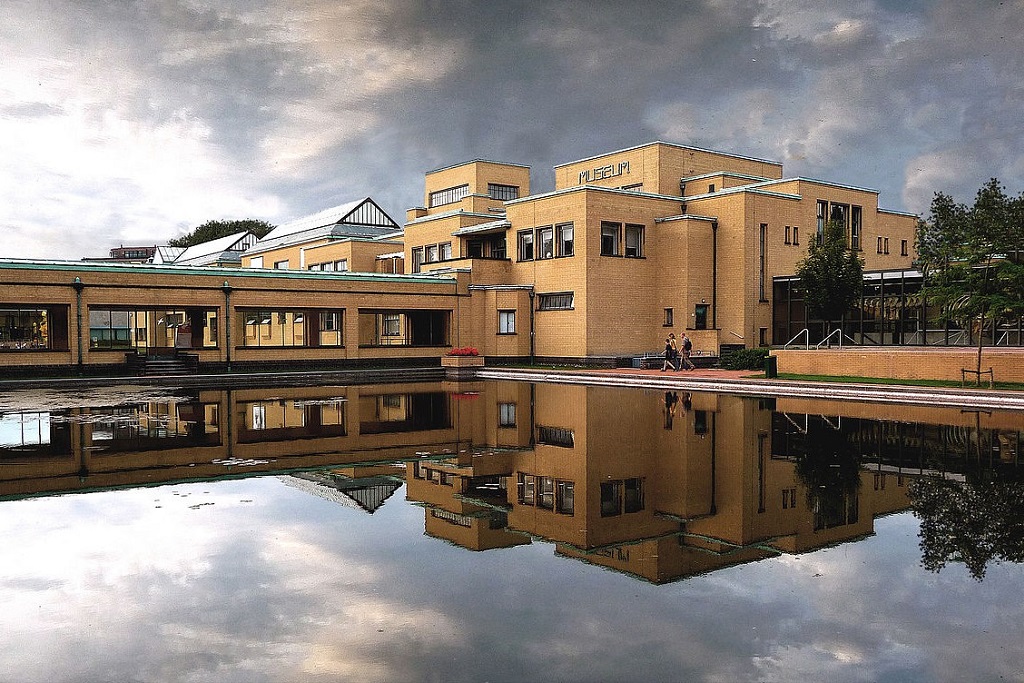 Located in the modern residential district of Duinoord, lies the Municipal Museum or Gemeentemuseum Den Haag. It was designed by HP Berlage in 1935, and was inspired by traditional Dutch almshouses (hofjes). The museum has a vast array of exhibits relating to everything from the history of the town to 19th-century art, furniture, ceramics, musical instruments, and much more. 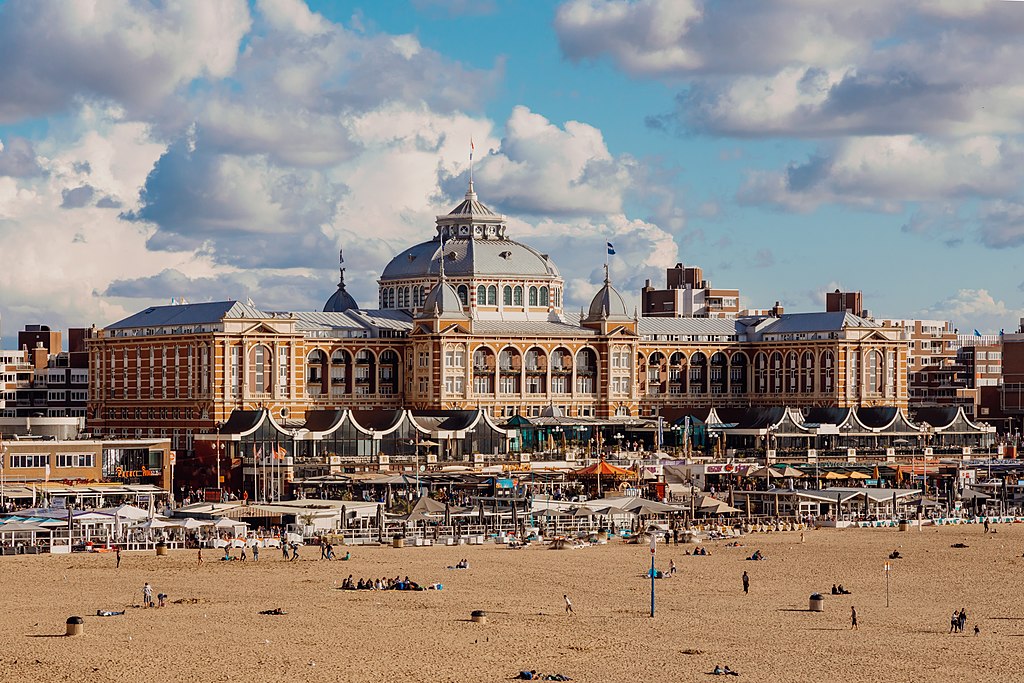 Scheveningen is a seaside resort just 5 km away from the Hague. It is famous for its broad sandy beach and seafront promenade. Explore the magnificent Art Nouveau Kurhaus building, the Ferris Wheel, shops, bars, restaurants, golf course, and the aquarium. 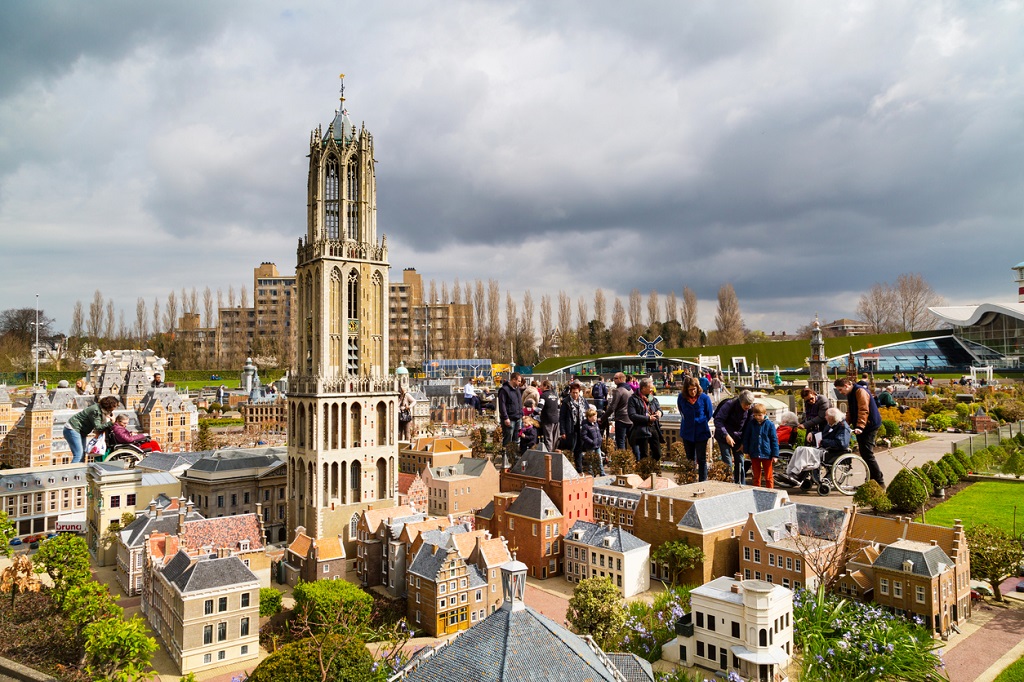 Opened in 1952, the Madurodam Model City at Scheveningen contains miniature replicas of various important buildings and areas of the Netherlands. Divided into three sections – City Center, Water World, and Innovation Island – all the people, plants, and buildings are built to a 1:25 scale and feature unbelievable amounts of detail. 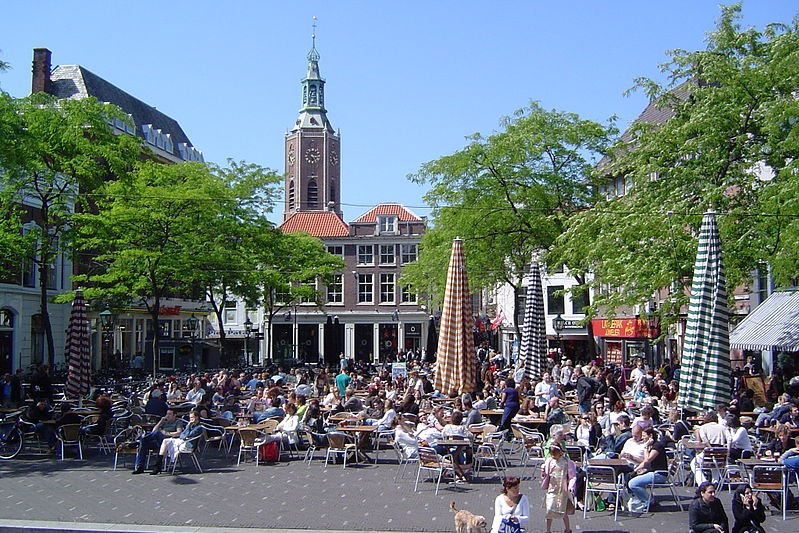 If you’re looking for somewhere to sit and experience the authentic Dutch culture of The Hague, be sure to visit Grote Markstraat. The city’s biggest shopping street, it is filled with the usual high street shops, but also some unique bars and cafes where you can enjoy a nice glass of beer after a long day of exploring. You can also enjoy a spot of people watching as people walk by on this busy street. 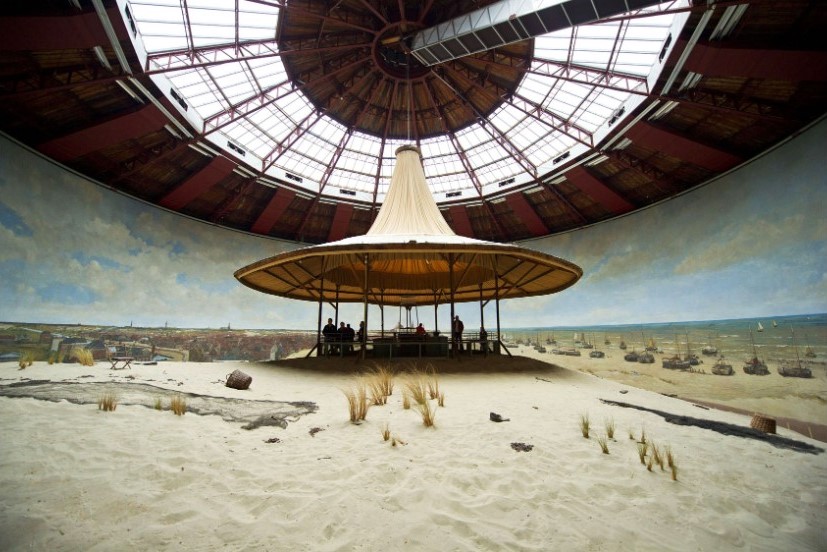 Housed in the erstwhile home of Dutch painter Hendrik Willem Mesdag, the Mesdag Museum houses an excellent collection of art by Mesdag and his wife, Sientje Mesdag-Van Houten. However, its centrepiece is the rotunda that houses the Panorama Mesdag. This gigantic painting is over 400 feet long and 45 feet high and depicts coastal Scheveningen as it was in the late 19th century. The rotunda is filled with sand dunes and a number of real objects that create the illusion that you’re standing on the beach. 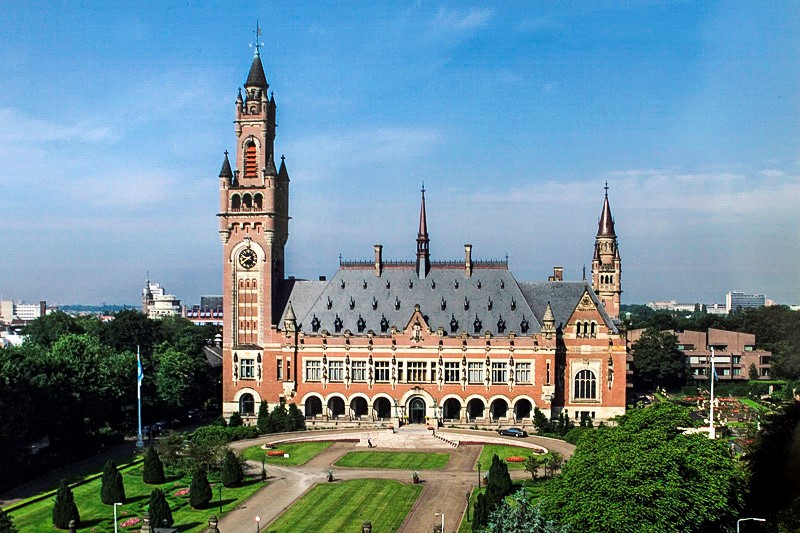 The Hague’s imposing Peace Palace (Vredespaleis) houses several important legal organisations, including the International Court of Justice. It was built in 1913 by philanthropist Andrew Carnegie, it features a mix of Gothic and Neoclassical styles. Elements of the richly decorated interiors were contributed by various countries, such as marble from Italy; ornamental ironwork from Germany, and wood panelling from Brazil and the USA. It also features statues and busts of notable people like Gandhi and Nelson Mandela. 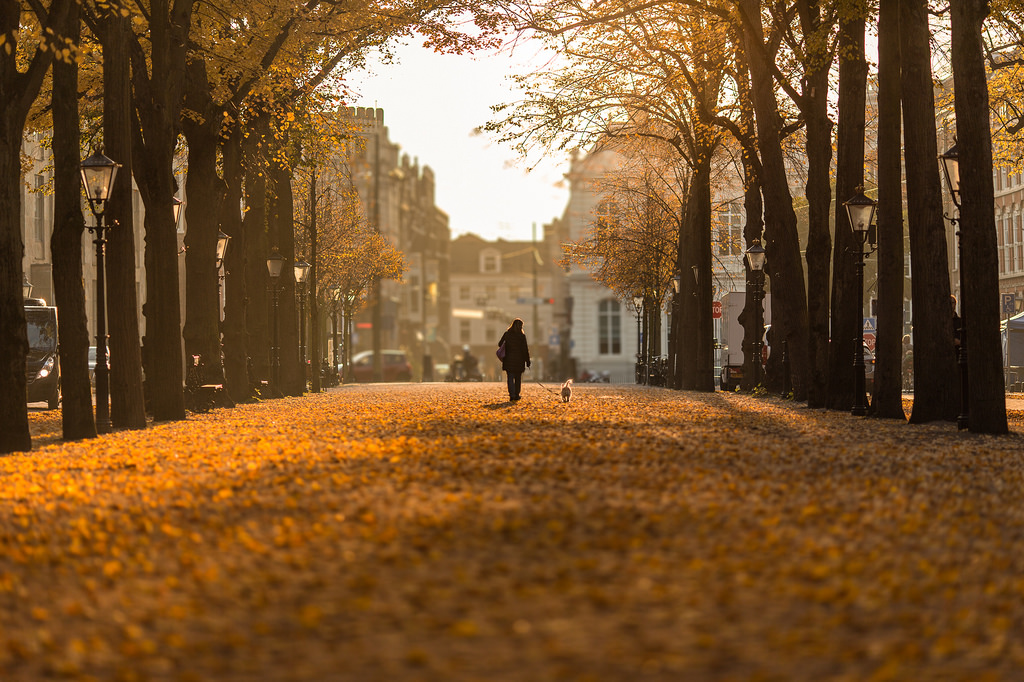 Located in the centre of the Hague is the picturesque Lange Voorhout. This wide street is lined with beautiful trees and many important 18th century buildings. Among these are various embassies, the Supreme Court of the Netherlands, and the Escher Museum. Lange Voorhour is also the perfect place to take a walk or just relax and soak in the atmosphere of the Hague. 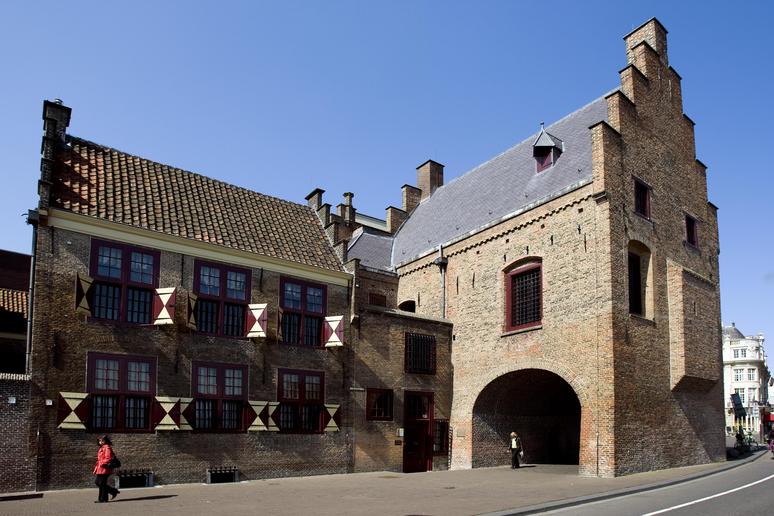 To the north of the Binnenhof stands the Prison Gate (Gevangenpoort). Built as a gatehouse in 1296, it was later converted into a prison in the 15th century. Now a museum, it provides an insight into crime, punishment and the justice system throughout the years. There is also a large collection of paintings, prints, relics and torture devices on to see. However, you should keep in mind that English tours are only available on Sundays. 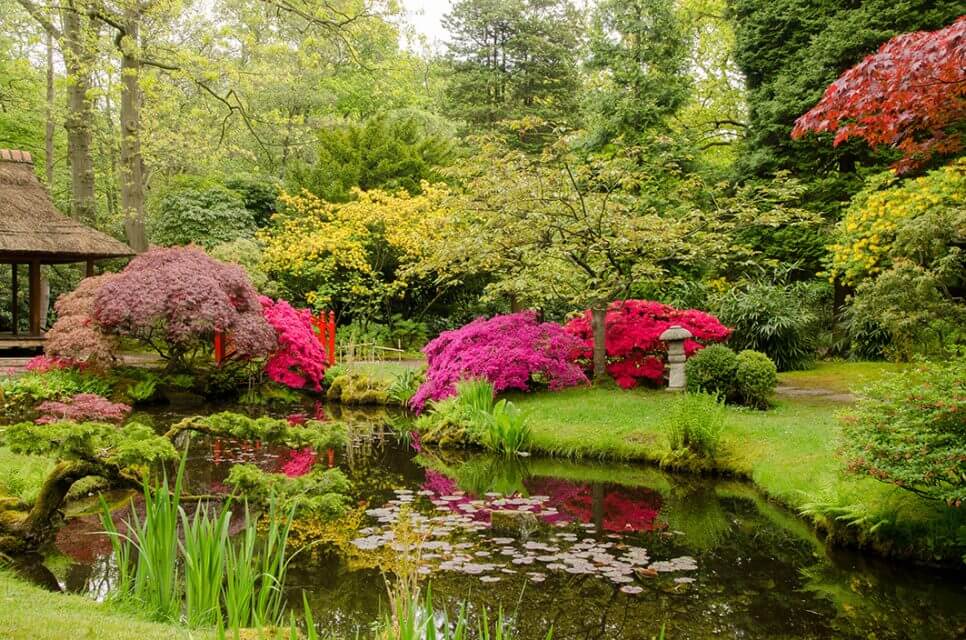 The manor house at Landgoed Clingendael is a beautiful piece of architecture, but far more lovely are the magnificent gardens that surround it. Open all year round (and free to enter) they include a picnic spot, a large playground, as well as numerous gardens. Among these is a landscaped English garden with an adjacent tearoom. The park also features the only Japanese Garden in the Netherlands. It is open for only 8 weeks each year (in April-June and in October) due to its fragility. The garden was created in 1910 by Marguérite M. Baroness van Brienen, also called Lady Daisy, based on her voyages to Japan.