Boasting the rugged tips of the Eastern Alps and the glacial caps of the Hohe Tauern, quaint medieval towns built with timber and set in the shadow of soaring mountaintops, regal cities forged by the hands of Habsburgs and Holy Roman Emperors, the world’s most famous coffee culture and sweeping forests of fir, beach and hornbeam, there’s no question that Austria is one of the handsomest countries on the European continent! Here, we delve into its major metropolises and backcountry spots to spy out all the must-see destinations this glorious nation of ski fields and strudels has to offer. Enjoy our list of the best places to visit in Austria! 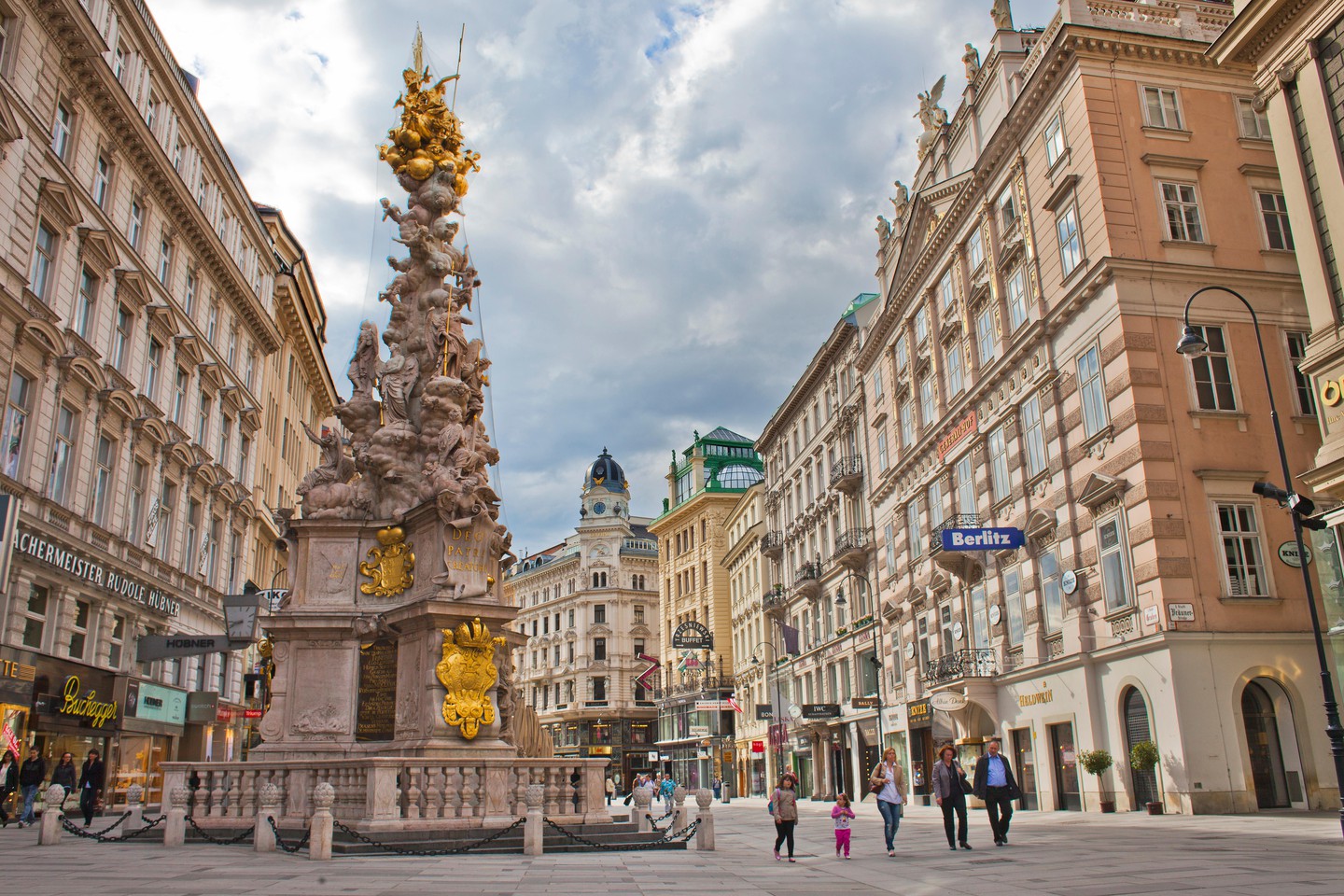 The glorious imperial home of the old Habsburg dynasty that once reigned supreme over the heartlands of Central Europe, Vienna is a medley of majestic Baroque facades, elaborate palaces and romantic parks. In the centre of town the mighty Hofburg spreads its grand and neoclassical wings around the manicured Heldenplatz, while the totemic institutions of the Museumsquartier stand nearby, bursting with works by Klimt, Picasso and Warhol. Then there’s the winding web of streets that forms the Vienna Innere Stadt (old town); home to vaulted cafes and art deco teahouses where the spectres of Freud, Wittgenstein and Trotsky still lurk in the alcoves. Yes sir, Vienna’s simply not to be missed! 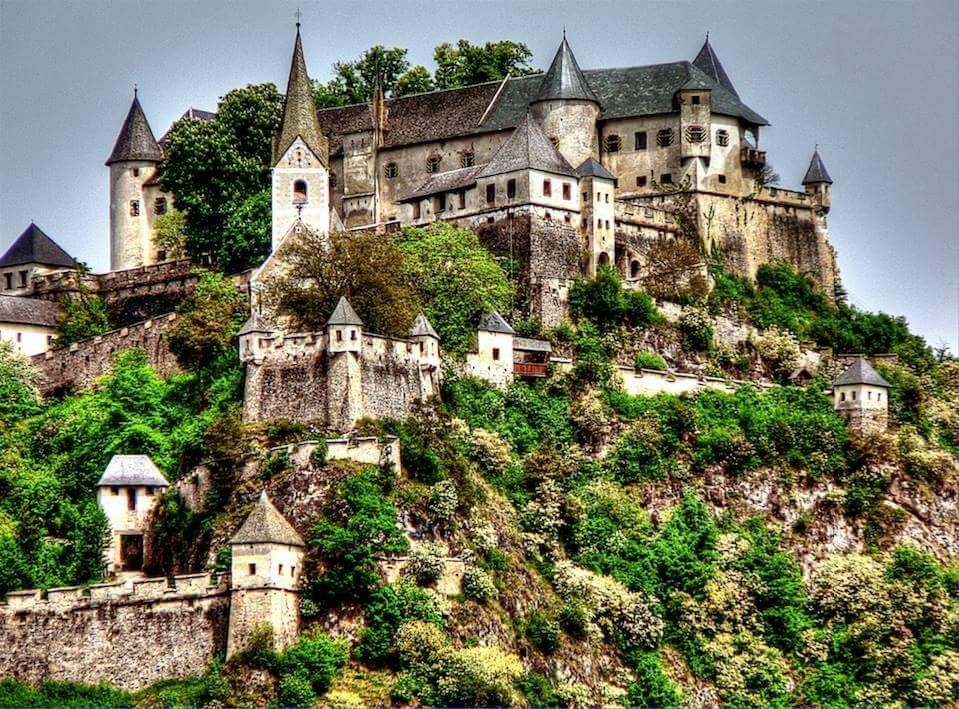 Soaring more than 170 meters above the rolling fields and pine-clad hills that bubble up so beautifully on the Zollfeld plains between the Julian Alps and the Eastern Alps proper, Hochosterwitz Castle is a Game of Thrones-esque symphony of crenulated bulwarks, spiked turrets and formidable gatehouse keeps. It’s hailed as one of the most magnificent citadels in all of Europe, and boasts a history going back more than 1,000 years, encompassing tales of Carinthian dukes, Habsburg emperors and the fear of Turkish invasions from the east. Travellers can scale to the top of Hochosterwtitz along the old fortified entrance path, passing no fewer than 14 defensive gates as they go and watching as panoramas of Slovenia and East Austria unfold on all sides.

The veritable roof of Austria as a whole makes its home amidst the chiselled summits and rugged peaks of the Hohe Tauern massif. Here, on the very divide between Carinthia and the Zillertal Alps of the Tyrol, the mighty Grossglockner soars to a whopping 3,798 meters above sea level. A symphony of peaks and glacial valleys that rises to the Kleinglockner sub-summit before hitting its highest point on the Grossglockner proper, the mountain is now the second most popular tourist attraction in the country (second only to the Schönbrunn in Vienna). People come to hike in the glorious Alpine landscapes all around the peak, or to traverse the iconic High Alpine Road that hairpins around the Kaiser-Franz-Josefs-Höhe viewpoints and 2,500-meter-high mountain passes. 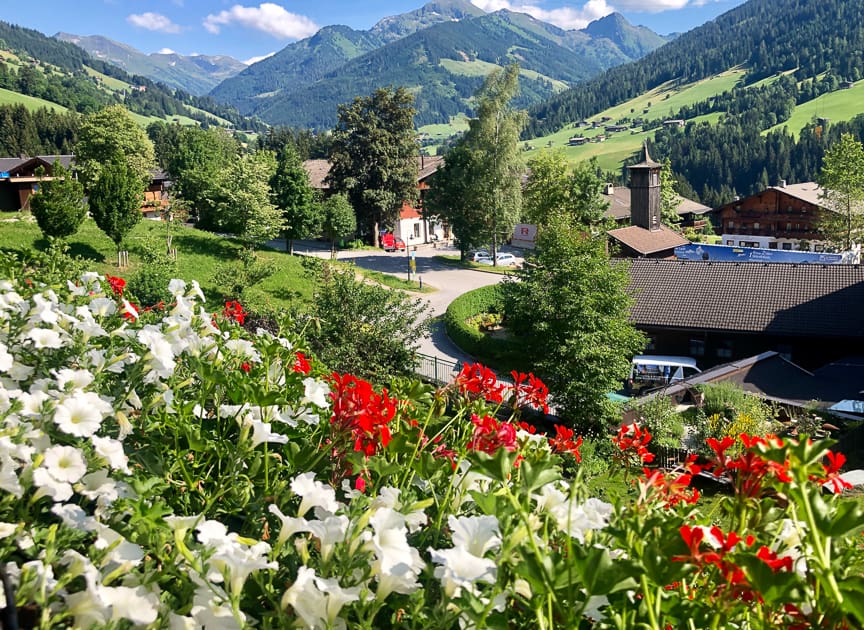 Oft hailed as the most handsome of Austria’s many winter resorts, Alpbach sits more than 1,000 meters up in the midst of the Tyrolean Alps. Surrounded by blooming meadows of buttercups, poppies and rock jasmine by summer and more than 145 kilometers of groomed skiing runs by winter, travelers can explore a medley of timber chalets and traditional Austrian homes adorned with cascading bougainvillea and carved balconies, not to mention the gorgeous St Oswald Church, where the eminent Erwin Schrödinger lays resting. 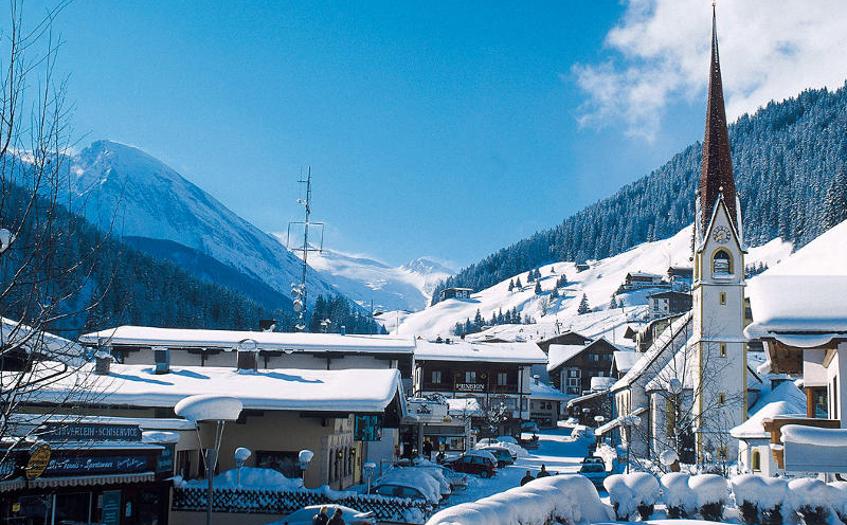 The charming little Tyrolean town of Finkenberg can be found cascading down a hillside in the depths of the magnificent Zillertal Valley, a medley of rustic timber homes and Austrian taverns that’s draped in pillows of packed snow by winter and enfolded by evergreen Alpine peaks during the warmer months of the year. And aside from its pretty appearance, the quaint little village is also home to the Finkenberger Almbahnen, which transports skiers and boarders to the celebrated pistes of Mayrhofen, while just a little further down the Zillertal, the mighty Hintertux glacier offers year-round snow sports and fantastic panoramas over the Trentino-Alto Alps in Italy to the south! 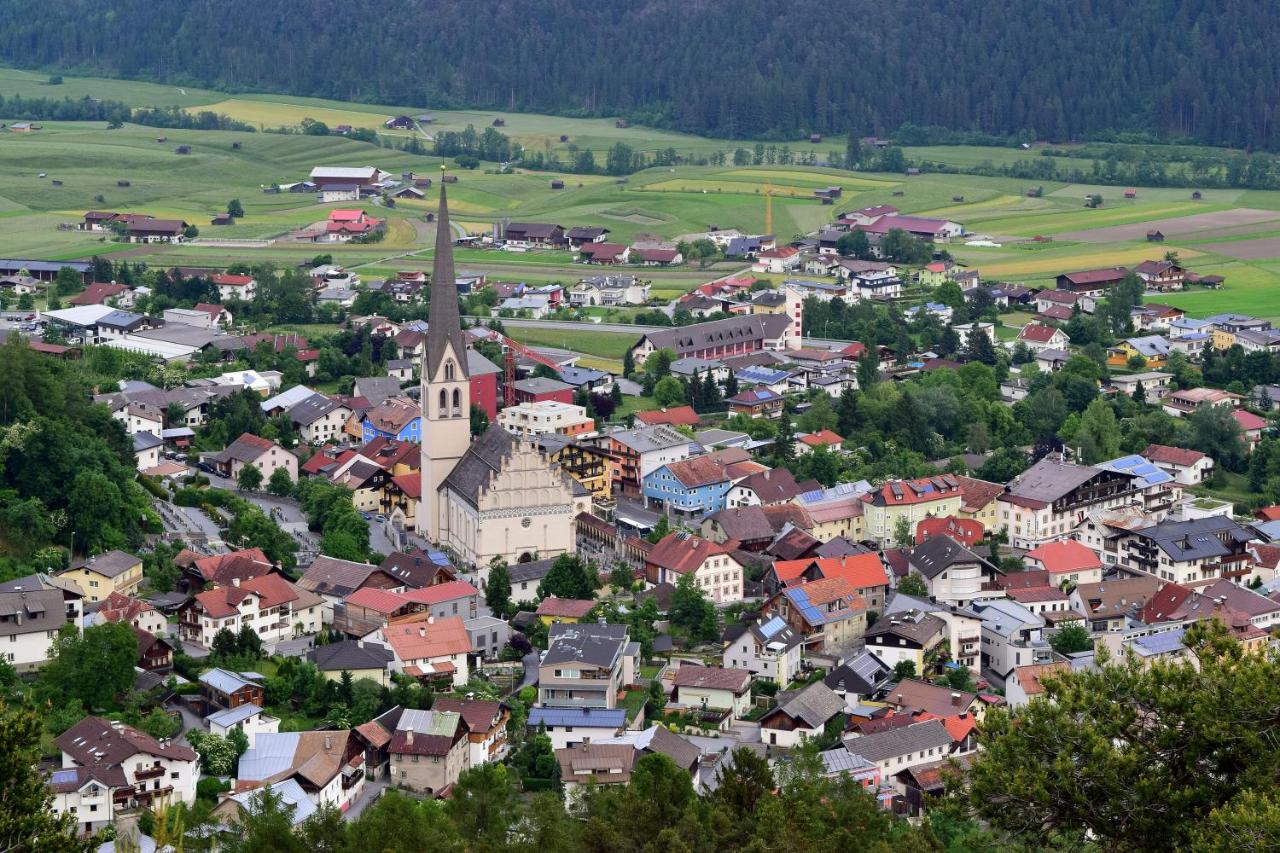 Nestled in the very heart of the western Tyrol on the central valley of the River Inn, pretty little Imst clings to the base of the Austrian Alps and the downhill pistes of the Hoch-Imst ski area. The town itself is a charming affair of tight-knit roadways watched over by the occasional Germanic church spire or snow-dusted onion dome, while the bucolic surroundings consist of rolling farm fields, soaring limestone summits, sweeping spruce and fir forests, the occasional timber barn and countless winding hiking and mountain biking trails to boot!

Centred on one truly gorgeous Old Town of Baroque palaces and Tyrolean mansions, Innsbruck is every inch the onetime residence of revered Holy Roman Emperor Maximilian I. Weaving between the cobbled lanes and old imperial palaces left over from Habsburg rule, visitors here can spy out sights like the Golden Roof and the grand whitewashed Hofburg. And then there are armouries to see, and glorious Ambras Castle on the ridges above the city, not to mention the wealth of lively little Bavarian-style beer halls and energetic apres joints touting schnitzel and strudel near the base of the nearby pistes! 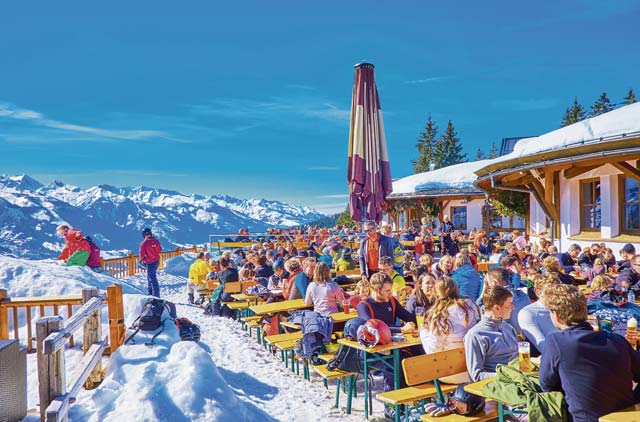 Austria’s quintessential Alpine lake town, Zell am See hugs its eponymous cobalt-blue waters right on the edge of the mighty Hohe Tauern ranges. From its enclave of fir-clad ridges and snow-mantled peaks, the spot has become a veritable outdoorsy paradise, drawing millions of adventure travelers each year with the promise of some of Austria’s finest sailing, hiking, mountain biking, scenic driving and – of course – skiing, which takes place mainly on the icecaps of the Kitzsteinhorn above nearby Kaprun. And as if that’s not enough, Zell am See is also home to one seriously handsome centre of ice-cream coloured chalets, while rhododendron and edelweiss bloom from the timber verandas and earthy eateries of Dreifaltigkeitsgasse (the town’s main drag). 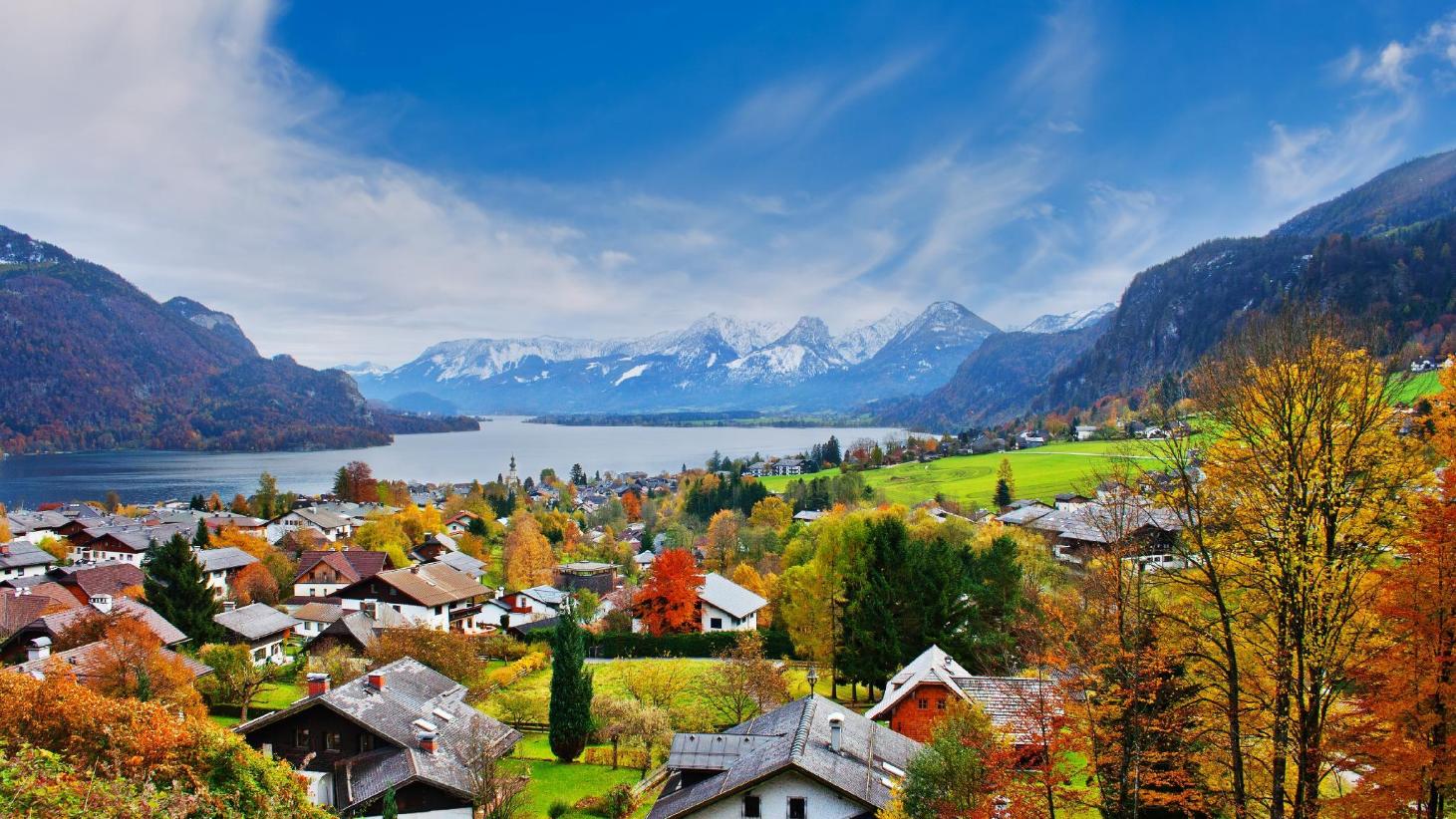 One of the jewels of the north Austrian lake district that straddles the borders of the Salzburgerland and Upper Austria regions, Mondsee will be recognisable to some as the backdrop to some of the central scenes in The Sound of Music (the famous wedding took place in the historic and beautiful Mondsee Abbey). Gloriously located along the banks of its eponymous lake, shrouded by a phalanx of Alpine peaks – the Drachenwand and the hills of Innerschwand – and loaded with everything from UNESCO-attested cave dwellings to golf courses and sailing clubs, it’s easy to see why this postcard-perfect retreat remains uber-popular amongst locals looking to escape the city. A glorious Old Town heart and a lively student vibe make Graz one of Austria’s best-loved and most fun-loving cities. Anchored on one seriously attractive Innere Stadt that fuses everything from Renaissance to Gothic to Slavic architectural styles between its cobbled streets and sea of red-tiled roofs, the centre here is awash with fascinating historical sites, like the Schlossberg hill, complete with one curious clock tower, and the Styrian Armoury, where a whopping 32,000 guns, swords, suits of armour and more stand testimony to the city’s onetime place on the frontier between the Ottoman Empire and Western Europe. The stuff of postcards and travel brochures, Hallstatt has been risen from its valley amidst the gorgeous Salzkammergut to become something of the poster boy for Alpine Austria and its charming medieval towns. It comes complete with terraces of ivy-clad, half-timbered chalets that glow in hues of pink and wood-brown against the reflections of the shimmering Hallstätter See, and is oft hailed as the single most beautiful town in the country. But it’s not all about the looks here: during the first millennium BC the town figured as the centre of a salt mining boom in the Upper Austrian region, and today visitors can spy out the tunnels of the 2,500-year-old Hallein Salt Mine, and a fantastic Heritage Museum that chronicles the ancient history of the town to boot! 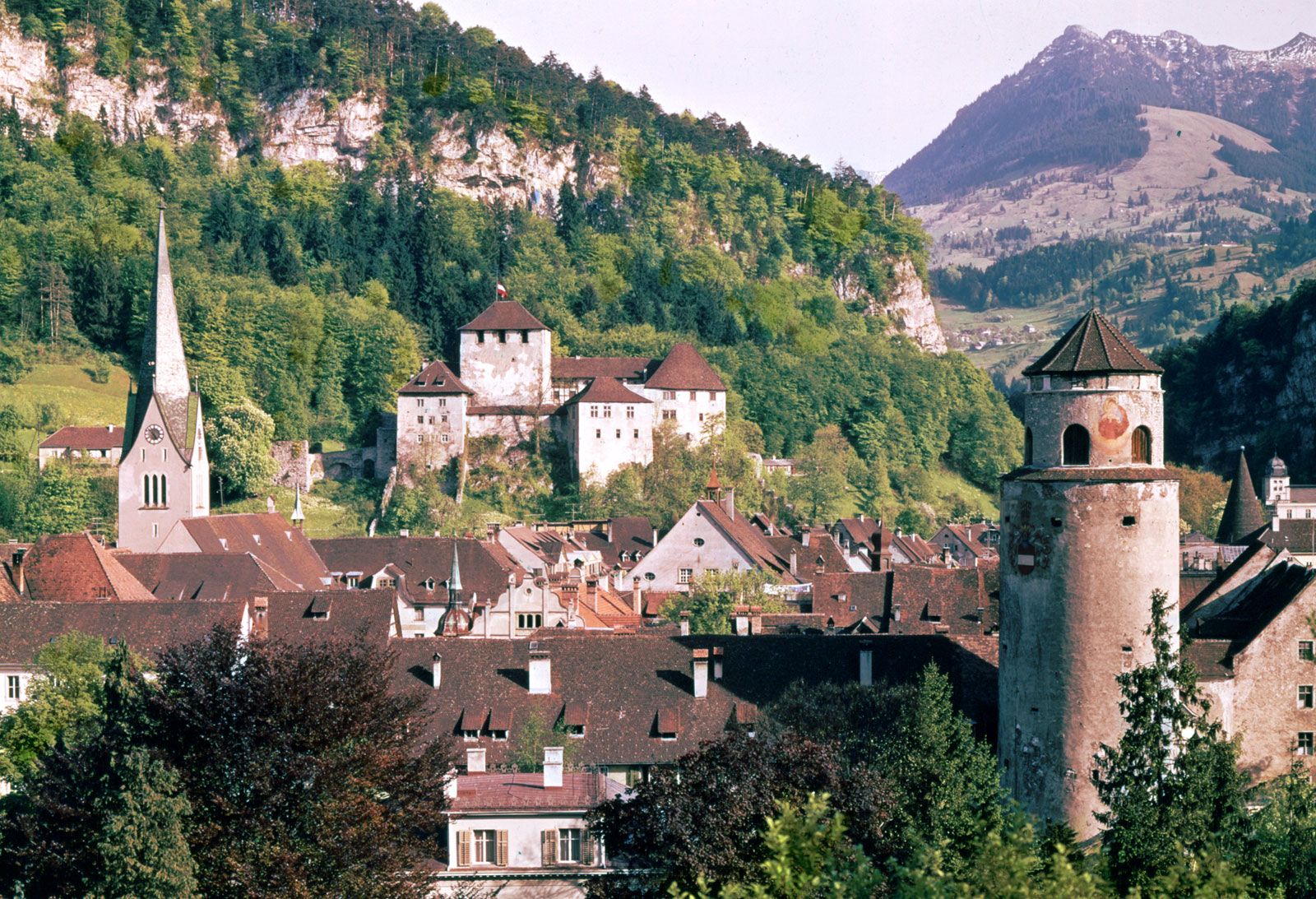 Visitors who delve into the alleys and archways, cobbled squares and tight-knit side streets of Feldkirch on the edge of the Austrian Vorarlberg region discover a unique blend of Swiss, Francophone and Germanic heritage. The action centres on fairy-tale Marktgasse, which bustles with authentic beer houses and Rhineland eateries, while it’s the soaring Schattenburg Castle crowning the hillsides just on the edge of town that really draws the eye; a formidable collection of four keeps and fortified bulwarks that was once the home of the Montfort Earls. 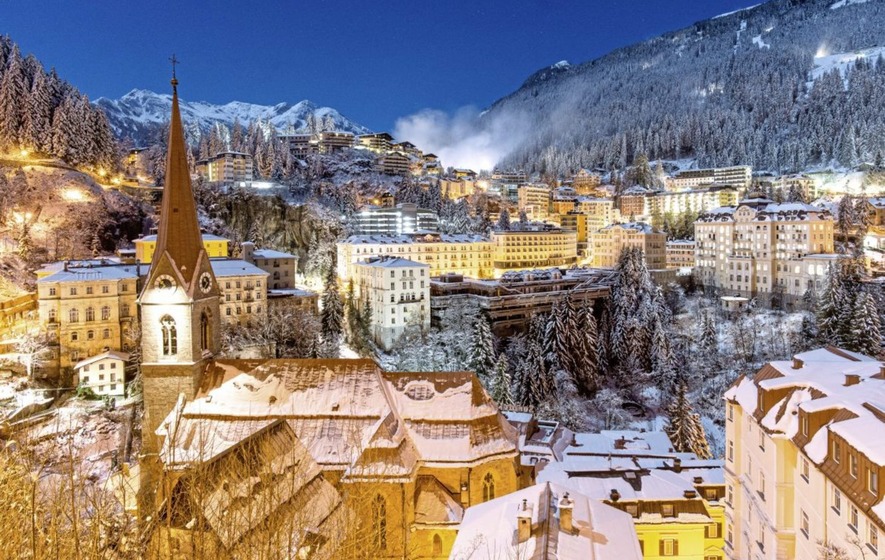 Something of a more regal and straight-laced alternative to the usual Tyrolean timber towns and chalets that pepper the Austrian Alps, Bad Gastein bursts forth from the deep valleys of the Hohe Tauern National Park in an elegant and irresistible medley of Belle Époque and Art Deco. In the middle of the town, the gushing cataracts of the Gastein Waterfall crash around the pretty facades of 19th-century hotels and restaurants, while fir forests rise on all sides and enfold the whole centre in a symphony of green. Of course, many head here for the fantastic skiing during the winter, while others will come in the footsteps of the Empress Sisi, in search of the bubbling spas and natural springs that first made the Gastein valley a major international destination. 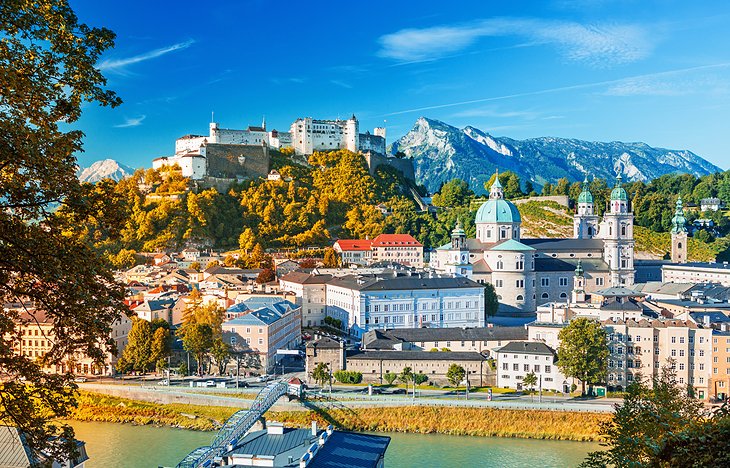 No list of Austria’s must-see destinations could possibly be complete without a mention of Salzburg; a melange of magical Baroque and medieval architecture that hits its stride with one chocolate box of a UNESCO-attested Old Town. It was here that Mozart found his romantic muse, here that Julie Andrews yodelled in the valleys; here that the Salzburger bishops raised the mighty Hohensalzburg Castle to command the salt-rich hillsides that roll out towards Bavaria in the distance. But it’s not all history either, because students now party away in Irish pubs along the banks of the Salzach, backpackers sip Stiegl in brewhouses and culture vultures come in their droves for opera, classical concerts and daily renditions of The Sound of Music!

One of the more off-the-beaten-track destinations to make this list of Austria’s must-sees, the Wienerwald lurks just on the peripheries of Vienna and represents one of the favoured outdoors spots for locals looking to escape the capital for a spell of hiking or biking. In all, the woods of the Wienerwald run for 45 kilometers from the Danube basin, rising in steps and becoming more rugged as they reach the Northern Limestone Alps and Upper Austria. The area is a beautiful patchwork of hornbeams and oaks, fir trees and spruce groves that plays host to wild pigs and oodles of walking trails to boot, not to mention some charming and untrodden villages and towns.

2 thoughts on “15 Breathtaking Places To Visit In Austria Before You d.i.e”