The Netherlands is known as the land of tulips, windmills, canals, clogs and coffee shops, but there’s also much more to this wonderful country than meets the eye. We’ve dug deeper to find 13 fun facts about the Netherlands you might not know. Impress your friends and family or use them at your next trivia night – the Netherlands is a fascinating place.

The tallest people in the world live in the Netherlands. The average height for Dutch men is 183cm (6ft), while women average 171cm (5ft 7in). According to military records, the average male height in the Netherlands has risen by 20cm in the last 200 years.

This fun fact about the Netherlands remains a mystery, as the reason for their height is still uncertain. Some theories attribute Dutch genetics, universal healthcare, low social inequality and a diet rich in cheese and dairy products.

2. The Netherlands is the world’s biggest flower exporter 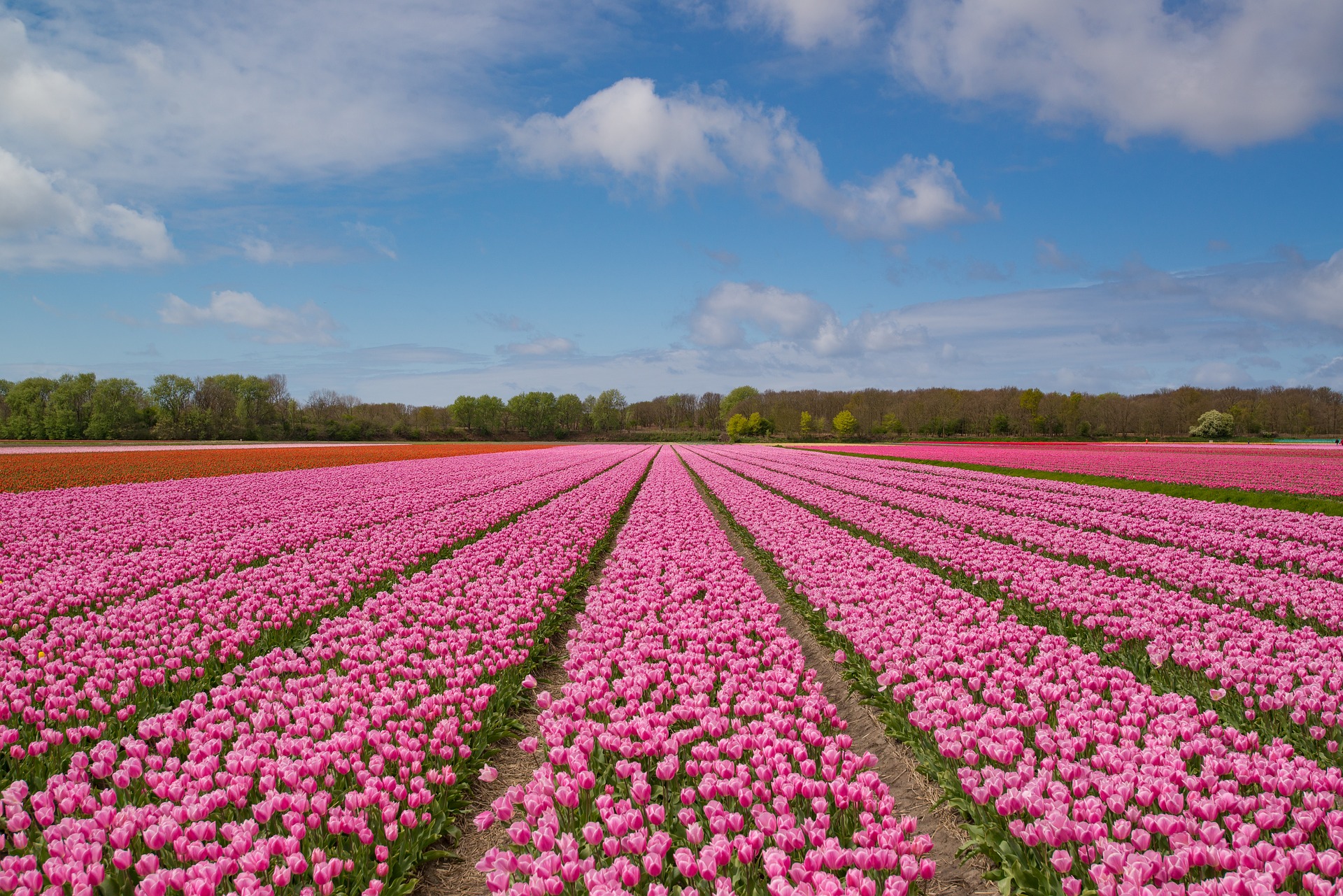 The country accounts for nearly 90% of the world’s total area of tulip farms (around 11,000 hectares), and they produce 4.3 billion tulip bulbs annually.

The flowers are also one of the Netherland’s biggest tourist attractions, with thousands of people flocking to see the beautiful fields each year. Haarlem is one of the best places to see the flowers, with many commercial fields and a Flower Parade.

You can also visit Keukenhof Park, known as the ‘Garden of Europe’. It’s the largest flower garden in the world, with around 800 varieties of tulips.

Amsterdam’s beautiful bridges are an icon of the city. There are 1,281 bridges in Amsterdam which connect the city’s 165 canals.

There are several historic bridges, while others are decorated with bright flowers or lit up at night. You can even see 15 bridges at once, by crossing the Reguliersgracht and Herengracht bridges.

4. One-third of the Netherlands is under sea level 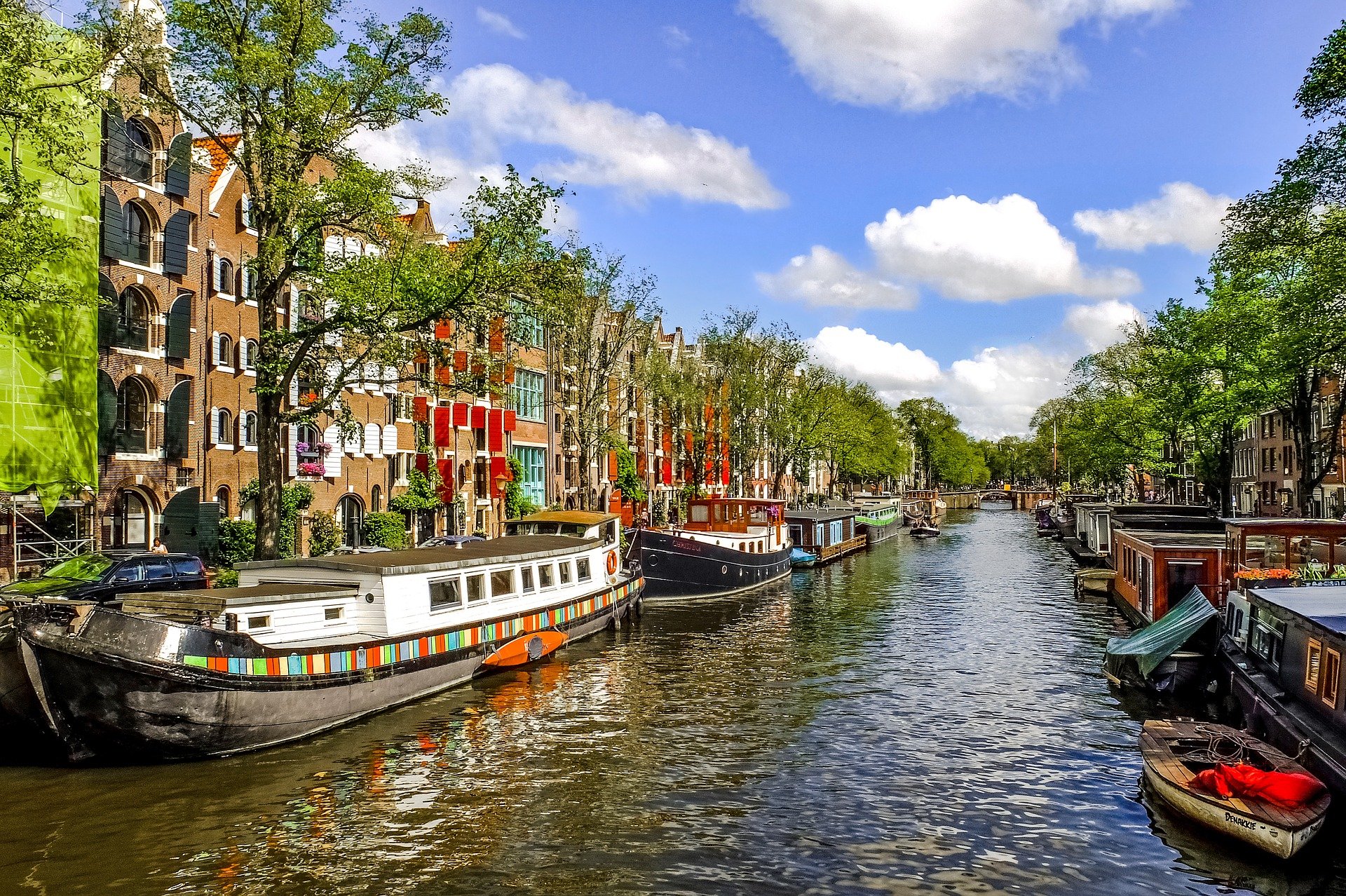 “The Netherlands” translates to “the lowlands” and there’s no secret how the country got its name! It is the most low-lying country in Europe, with almost one-third of it below sea level.

Zuidplaspolder is the lowest point, at 6.7 metres below sea level, while the highest point is Vaalserberg hill, at 323 metres above sea level.

A further 50% of land in the Netherlands is only one metre above sea level and 60% of the population lives five metres below sea level.

Even Schiphol Airport, the country’s main international airport, is over three metres below sea level. Thankfully, the Netherlands is one of the world’s best at dredging and avoiding flooding.

Amsterdam is built on more than a million wooden poles, which extend around 12 metres into the ground. The city was founded on swampy land, and the first builders drove the wooden poles into a solid sandy layer of the river floor.

They also built the Royal Palace at Dam Square on 13,659 wooden poles. Even some trees in Vondelpark are held up by wooden poles to stop them from sinking into the soft ground. Nowadays, builders use concrete or steel poles in construction for better stability.

5. The Netherlands was the first country to legalise s.a.m.e-s.e.x marriage

History was made on 1 April 2001 when the Netherlands became the world’s first country to legalise s.a.m.e-s.e.x marriage. Job Cohen, the mayor of Amsterdam at the time, married four couples at midnight on 1 April to mark the occasion. Many s.a.m.e-s.e.x couples have since happily tied the knot.

Amsterdam is also known for being one of the world’s most LGBTQ-friendly cities, with plenty of gay bars. You can also see the Homomonument in the city centre, a tribute to gay men and women.

6. The Dutch consume the most liquorice in the world

One of the sweetest facts about the Netherlands is that the Dutch adore liquorice. They eat around two kilos per person per year. That’s around 32 million kilos of the sweet treat consumed each year!

You’ll be spoilt for choice, with shops in the Netherlands selling over 80 different kinds of drop (the Dutch word for liquorice).

7. There are over 1,000 windmills in the Netherlands

In a country that’s famous for its windmills, it’s no surprise there are over 1,000 windmills spread across the Netherlands.

The windmills traditionally harnessed the wind for a variety of purposes, such as grinding grain and draining wetlands, but there are only a few still in commercial operation.

The UNESCO World Heritage Site of Kinderdijk is the best place to see Dutch windmills, with 19 traditional windmills.

The Dutch are pioneers in wind energy, and even their trains are powered by the wind. The country’s electric train system serves around 600,000 passengers every day, and every train runs on 100% renewable wind energy.

8. Home births are still popular in the Netherlands

The Netherlands has one of the highest home birth rates in the developed world. Around 30% of Dutch women deliver their babies at home, and this figure has changed little since 1990.

The Dutch medical system also has a good screening system and provides midwives (verloskundige) who help mothers have a safe delivery at home.

9. Carrots are orange because of the Netherlands 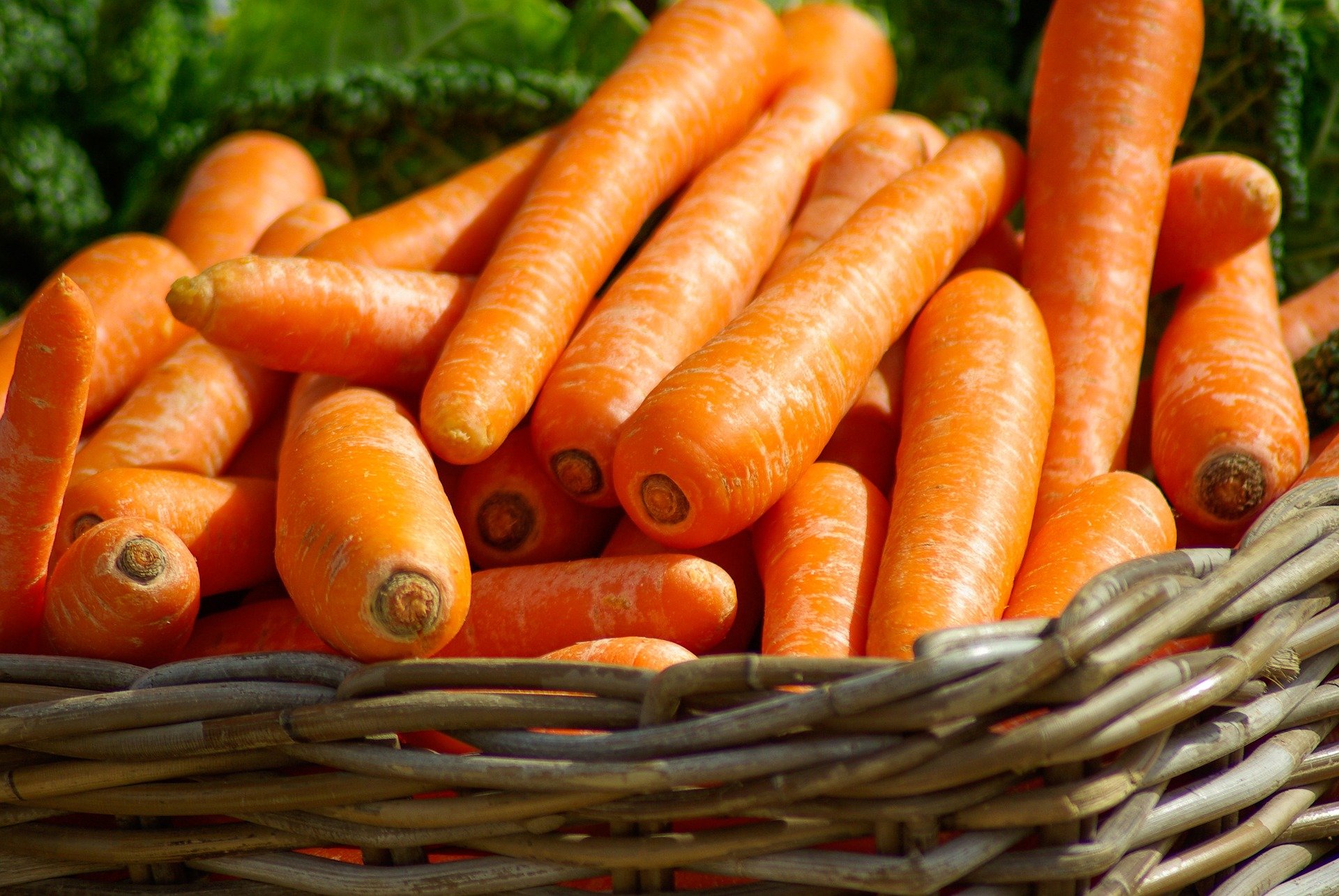 Back in the 10th century, carrots were originally white, purple, or pale yellow. So how did they get their distinct orange colour?

The story goes that when William of Orange (King William III) helped the Dutch win independence from Spain in the 17th century, Dutch farmers honoured the King by turning their carrots orange through clever breeding.

The new colour became hugely popular and is still the Netherlands official colour and the colour of the Dutch Royal family. The Dutch celebrate King’s Day by wearing orange and even the national sports teams wear orange.

10. The Dutch own more bicycles than any other country in the world

The Netherlands is home to more bicycles than people, with over 22 million bicycles in the country. There’s an average of 1.3 bicycles per person (many people own two bicycles).

Cycling is a necessary part of life in the Netherlands and is part of the reason the country consistently ranks as one of the healthiest in the world.

The Dutch cycle an average distance of 2.9km per day and use bicycles for over 25% of all trips, compared to just 2% in the UK. They often use bakfiets, a clever combination of a bike and a wheelbarrow, perfect for transporting the groceries or the kids to school.

Thankfully, most of the Netherlands is flat terrain, and in 2013, the European Union deemed it the most bike-friendly country in Europe, along with Denmark.

11. The Netherlands has the biggest pub in Europe 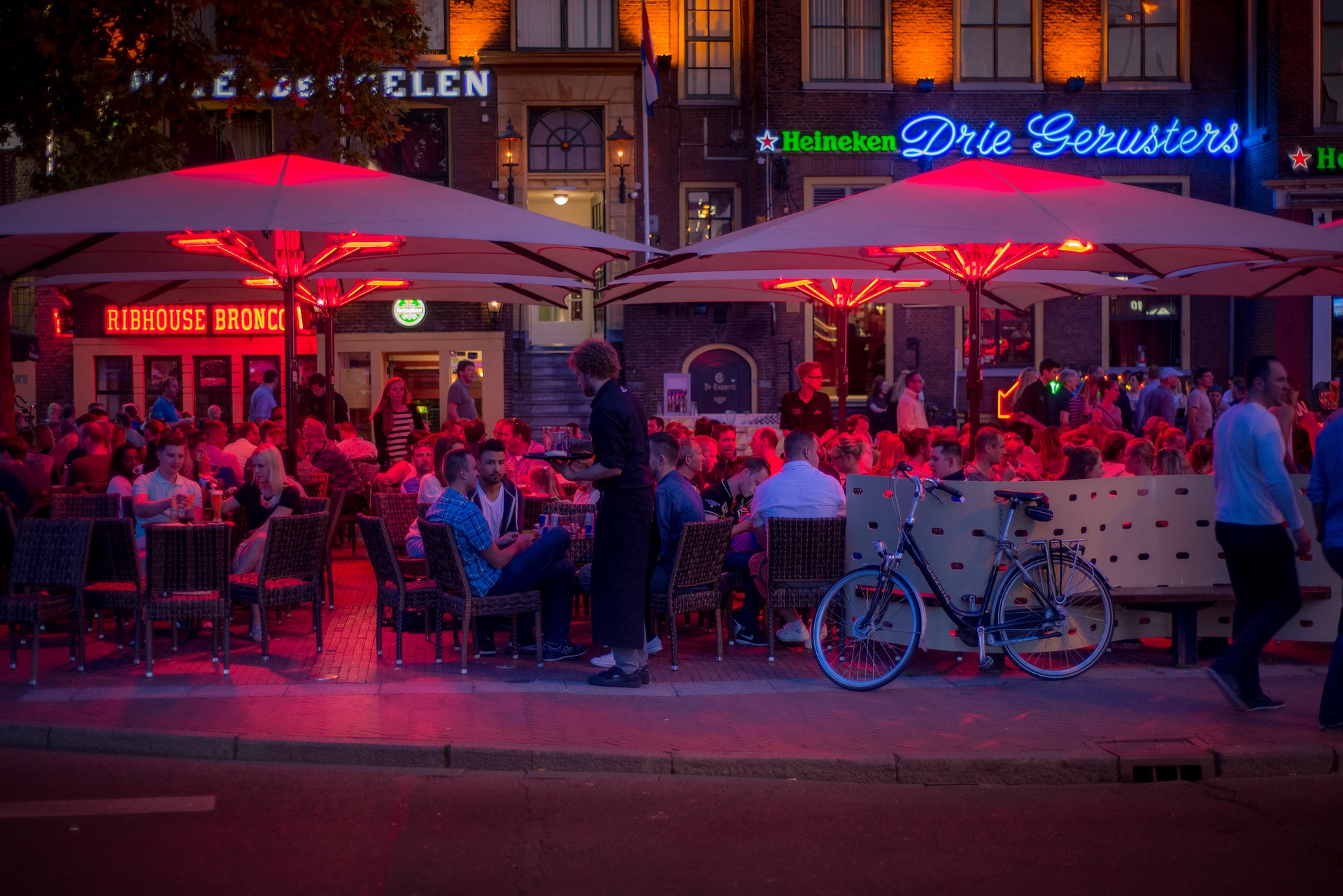 This fun fact about the Netherlands may entice beer-lovers to visit – they have the largest pub in all of Europe.

The Drie Gezusters (Three Sisters) pub in Groningen holds the title for the biggest pub on the continent and is a national heritage site. We hope it’s also got the most bathrooms of all the pubs in Europe!

The Netherlands is the world’s second-biggest exporter of beer after Mexico. Dutch brewers exported US$2 billion of beer in 2018 and were the world’s biggest beer exporter until 2010 when Mexico took the top spot. 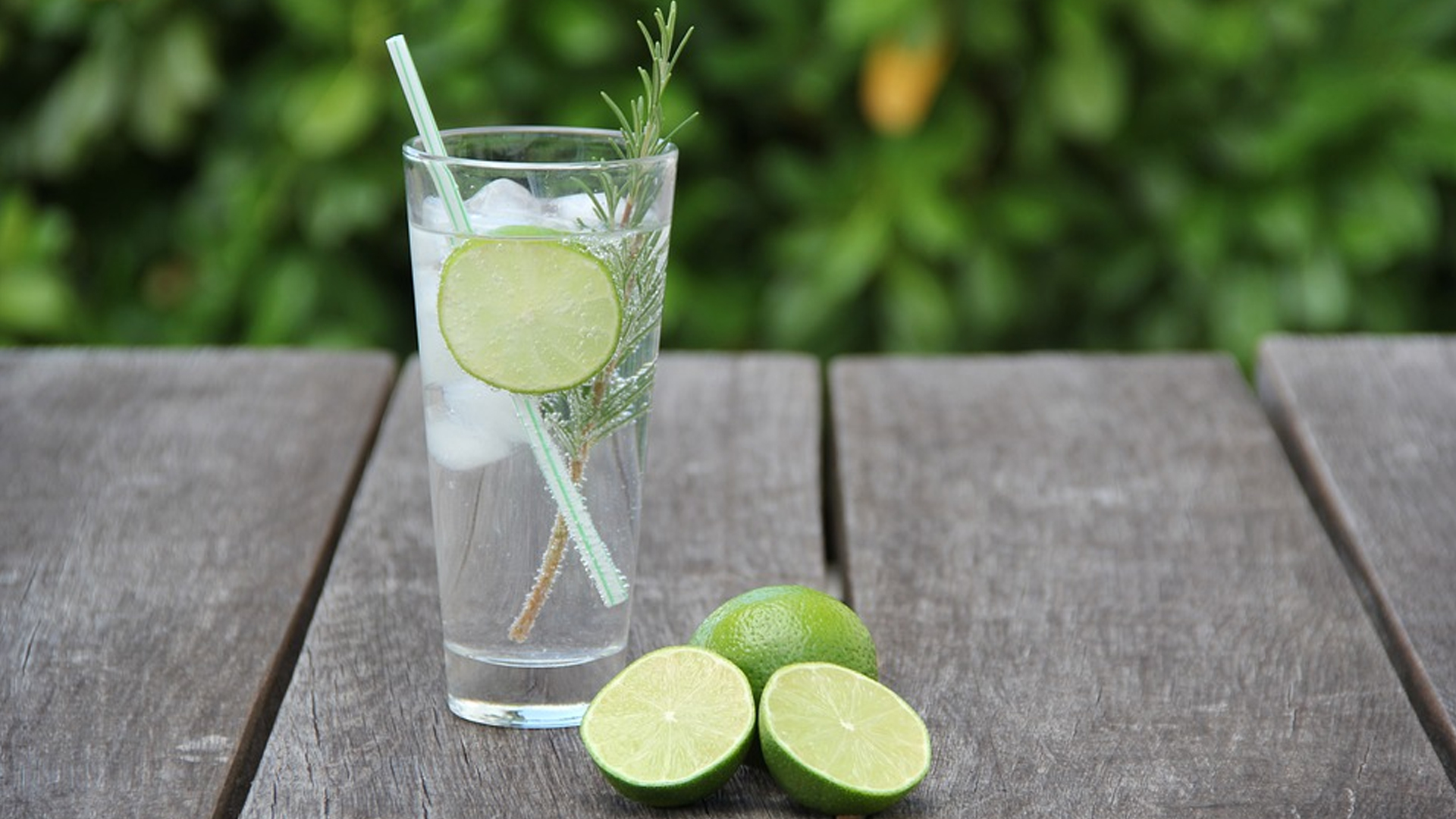 This fun fact about the Netherlands dates back to the 16h century when the Dutch invented gin (jenever) and introduced it to the British. It became popular in Great Britain after William of Orange (King William III) held the English, Irish and Scottish thrones.

Ever wondered where the term ‘Dutch courage’ comes from? It’s said to originate from when the Brits and Dutch drank gin during the Thirty Years’ War from 1618 to 1648.

13. The Dutch national anthem is the oldest in the world

The music of Wilhelmus, the Dutch national anthem, dates back to between 1569 and 1572. This makes it the oldest melody used in a country’s national anthem, although it did not become the official Dutch anthem until 1932.

The lyrics were also written at least 400 years ago and they refer to “Dietse Bloed”, an old word for Nederlands (Dutch).

These are the most popular places to live in the Netherlands

Surprising Reasons Why the Dutch Love Cycling So Hard