For seven years in a row Melbourne has been named the world’s most liveable city, but how much do you really know about life in this great city? From the sluggish trams to the weather and our obsession with the AFL, these are things you need to know about living in Melbourne.

To touch off or not to touch off that is the question. Well, it’s actually one of many questions and frustrations Melbournians have regarding the Myki system. Myki is a reusable travel smartcard required for trains, trams, and buses in and around Melbourne. Seems simple enough right? Wrong, scanners often don’t work resulting in queues and cards need to be pre-purchased as they are not available at all stops. 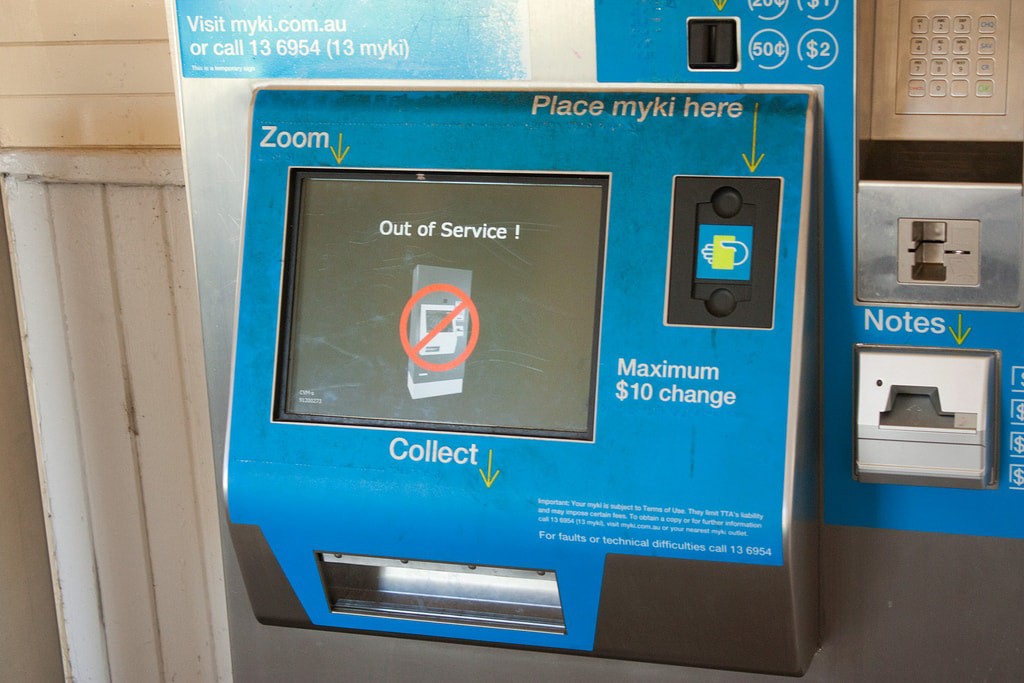 No one drinks Starbucks

Considering that Melbourne is a city with a Gilmore sized coffee obsession it may seem bizarre that no one is ever seen drinking Starbucks or yelling obscenities such as triple venti pumpkin spice latte. When in Melbourne, you must always opt for local cafes over coffeehouse chains, get on a first name basis with your barista and drink espressos, lattes and flat whites. 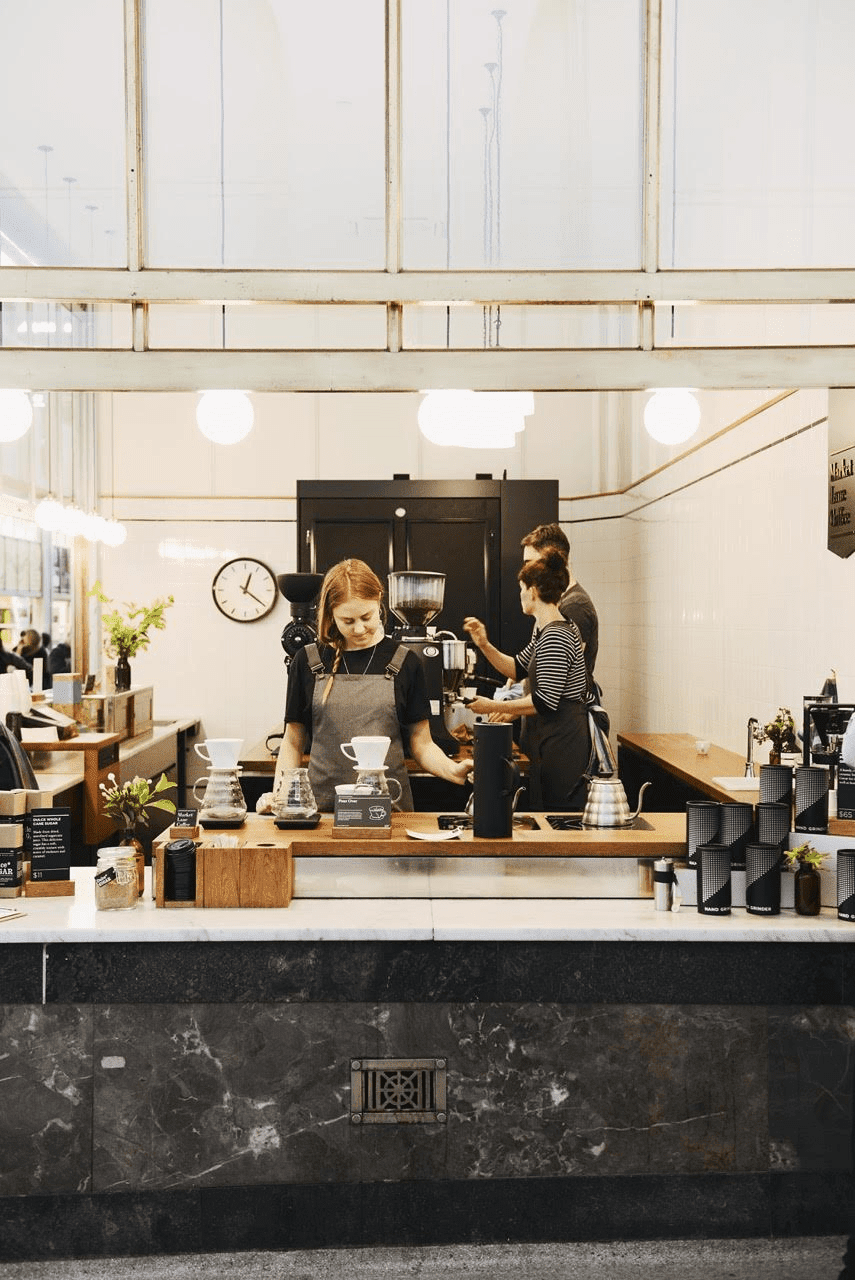 Melbourne’s tram network is the longest urban tramway in the world, with 250 kilometres of track and 25 routes. The rattling trams with their charming bells are also an iconic part of Melbourne’s identity; however, they are notoriously slow. Keep in mind that historical City Circle Tram is free, so if you’re not in a rush, by all means, hop on. 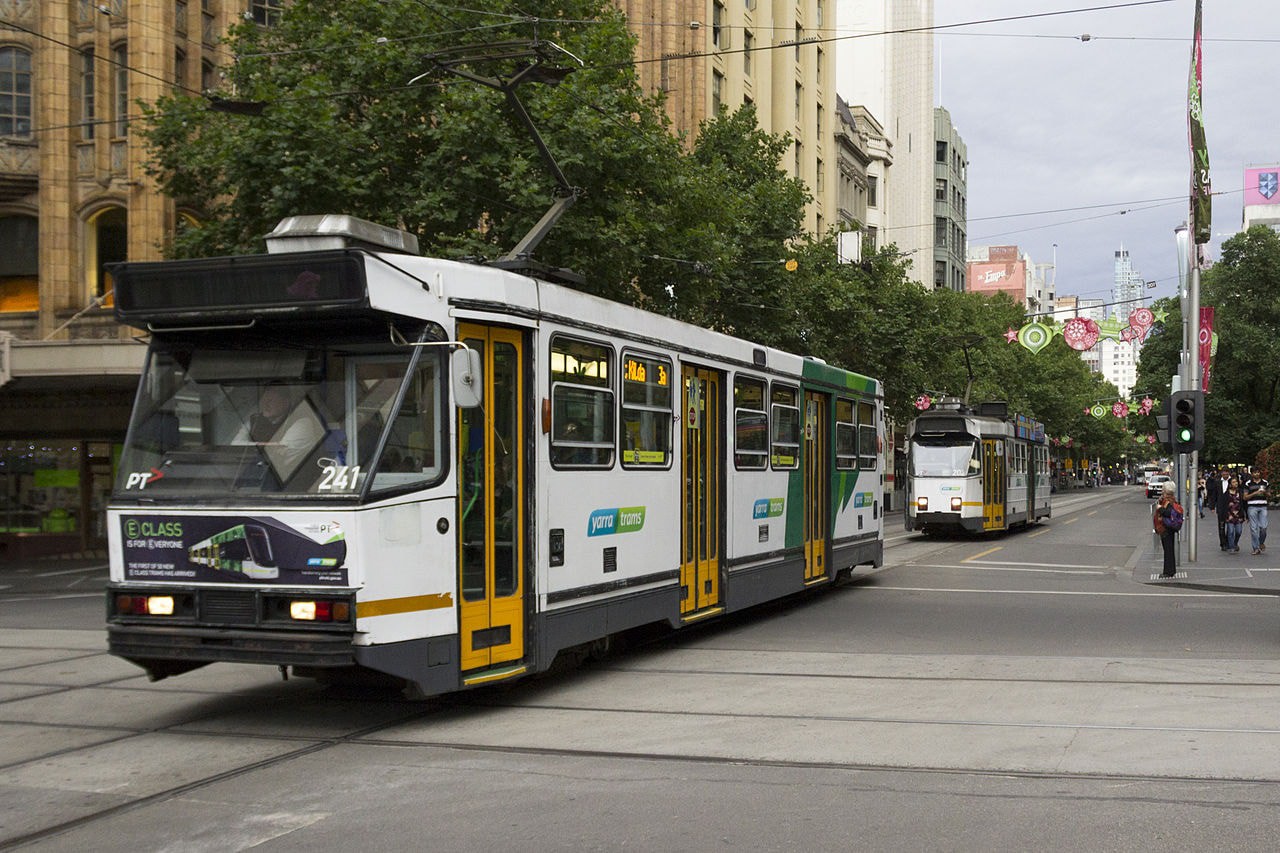 While you will meet plenty of Aussies, about 66% of Melbourne’s population were born overseas. In fact, this multicultural metropolis is made up of people from approximately 200 countries, with 233 languages spoken and 116 religious faiths represented. British, Indian, Chinese, Vietnamese, Italians and Greeks make up a huge portion of the population which explains the delicious range of cuisines on offer.

Laneways are safe to explore

When in Melbourne don’t hesitate to walk down laneways and back alleys as this is where some of the coolest bars, cafes and boutiques are hidden. Melbourne’s laneways are also renowned for their ever-changing street art murals. Some of the best include AC/CD Lane, Hosier Lane, Duckboard Lane and Tattersalls Lane. 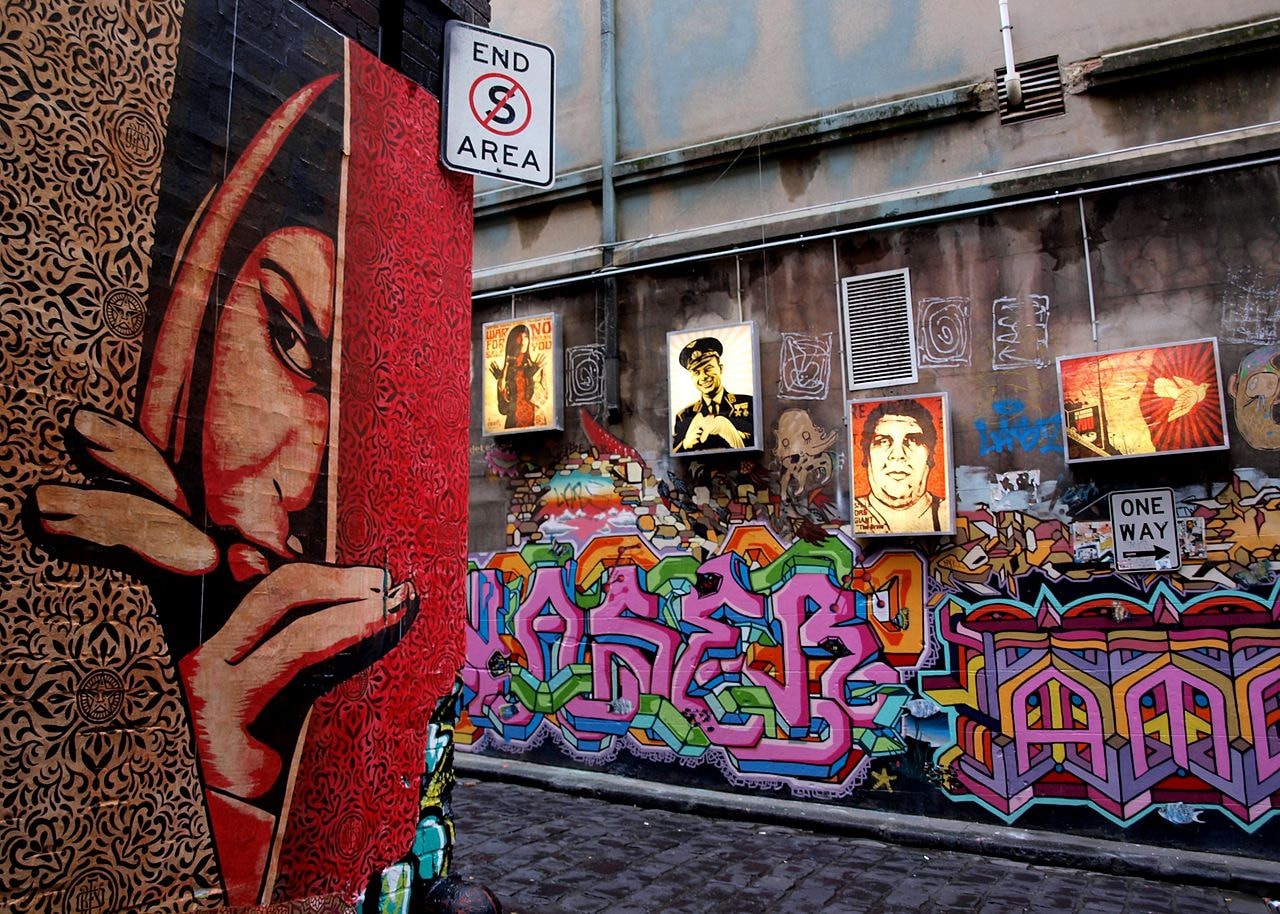 If you’re accustomed to the four seasons arriving in chronological order throughout the year, then you’re in for a shock as the climate in Melbourne does whatever it wants whenever it wants. Typically winter drags on and on and on until summer finally breaks through bringing with it heat waves and bush fires. Spring and Autumn do exist, but more on a mythological level and Melbourne really does experience four seasons in one day so always pack an umbrella.

North side or South side of the river?

Separated by the Yarra River, Melbourne is divided between the north and south. The Northside is an artistic haven packed with hipsters who briefly lived in Berlin, beer gardens and terrace houses. Northern suburbs include North Melbourne, Fitzroy, Carlton, Collingwood, Abbotsford, Thornbury, Brunswick and Coburg. Meanwhile, down south, in the affluent suburbs of St Kilda, Port Melbourne, Toorak, South Melbourne, Prahran, Windsor and South Yarra, you’ll find footballers and their wives, sports-luxe fashion and a willingness to do brunch. 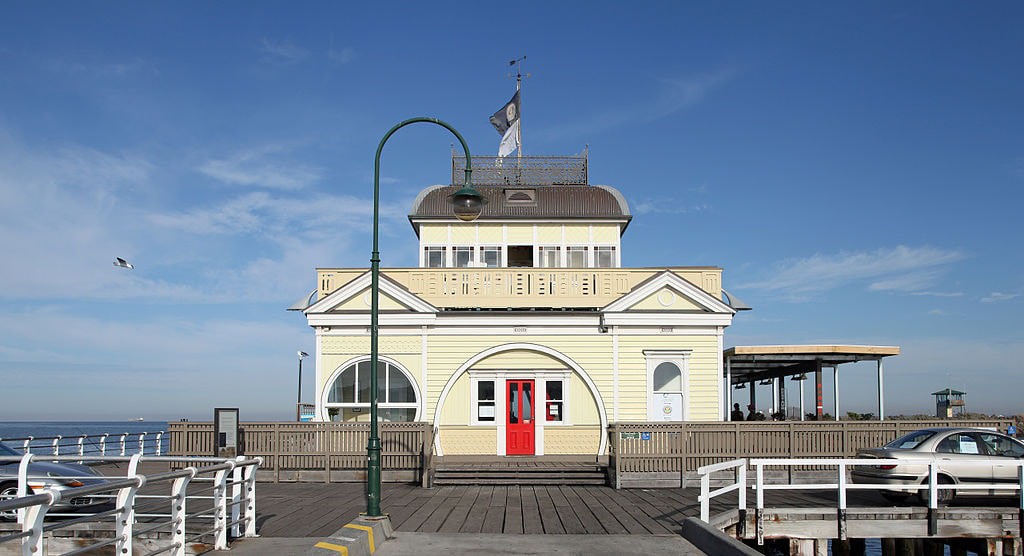 How to pronounce suburb names

Correct suburb pronunciation is a topic of much contention, even amongst Melbournians, so don’t stress too much if your delivery is a little off; however, to help you out here are a few tips. Melbourne is pronounced Mel-buhn or Mel-ben, not Mel-borne, Reservoir is Resa-vore, Northcote is Noth-cote, Carlton is Carl-tun, Prahran is Per-ran and Lalor is pronounced by most as Lay-law.

AFL is a religion

In and out of season AFL dominates every newspaper and television news program and when you first meet a Melbournians they’re likely to ask “who do you barrack for?”. Having originated in Victoria in 1896, the Australian Football League is a huge part of Melbourne’s culture. Every year the Grand Final is played at the Melbourne Cricket Ground and as of 2015 the Friday beforehand is celebrated with a public holiday. 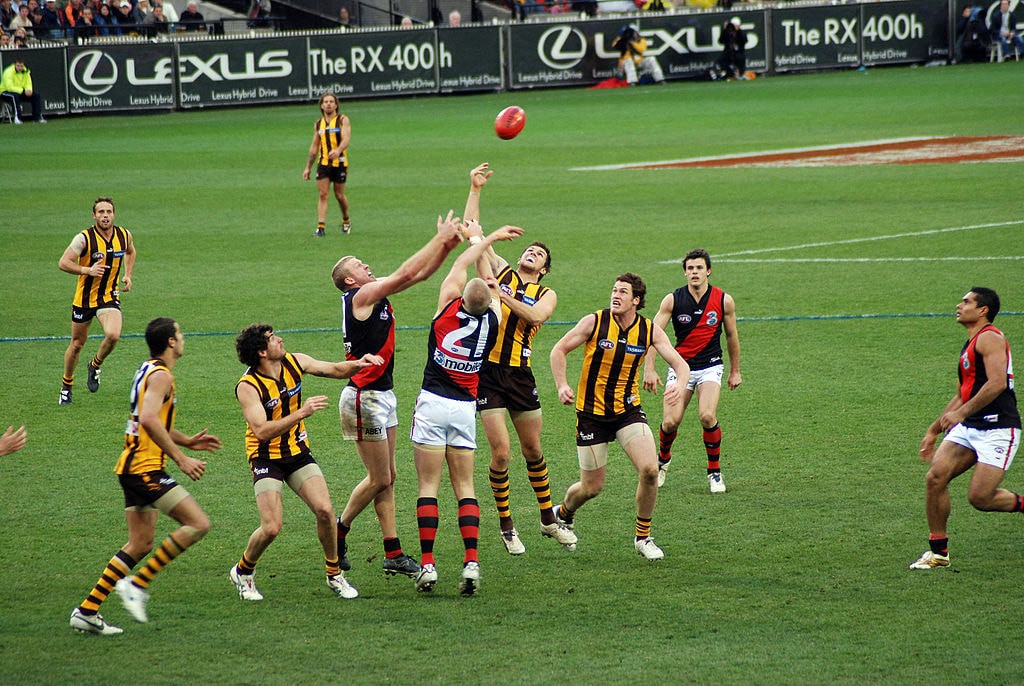 How to do a hook turn

Melbourne is one of the only cities in the world where motorists are faced with a terrifying manoeuvre known as the hook turn. Implemented to keep intersections free of cars for the use of trams, the hook turn involves performing a right-hand turn from the left-hand lane.

Harbour Town is a G.h.o.s.t Town

An open-air waterside retail and dining precinct with a giant observation wheel sounds fantastic on paper, but Harbour Side in Docklands has been nothing short of a disaster. Thankfully, the area, which will soon be re-named District Docklands, is undergoing a $150-million transformation and is set to include H&M and Hoyts Cinemas. 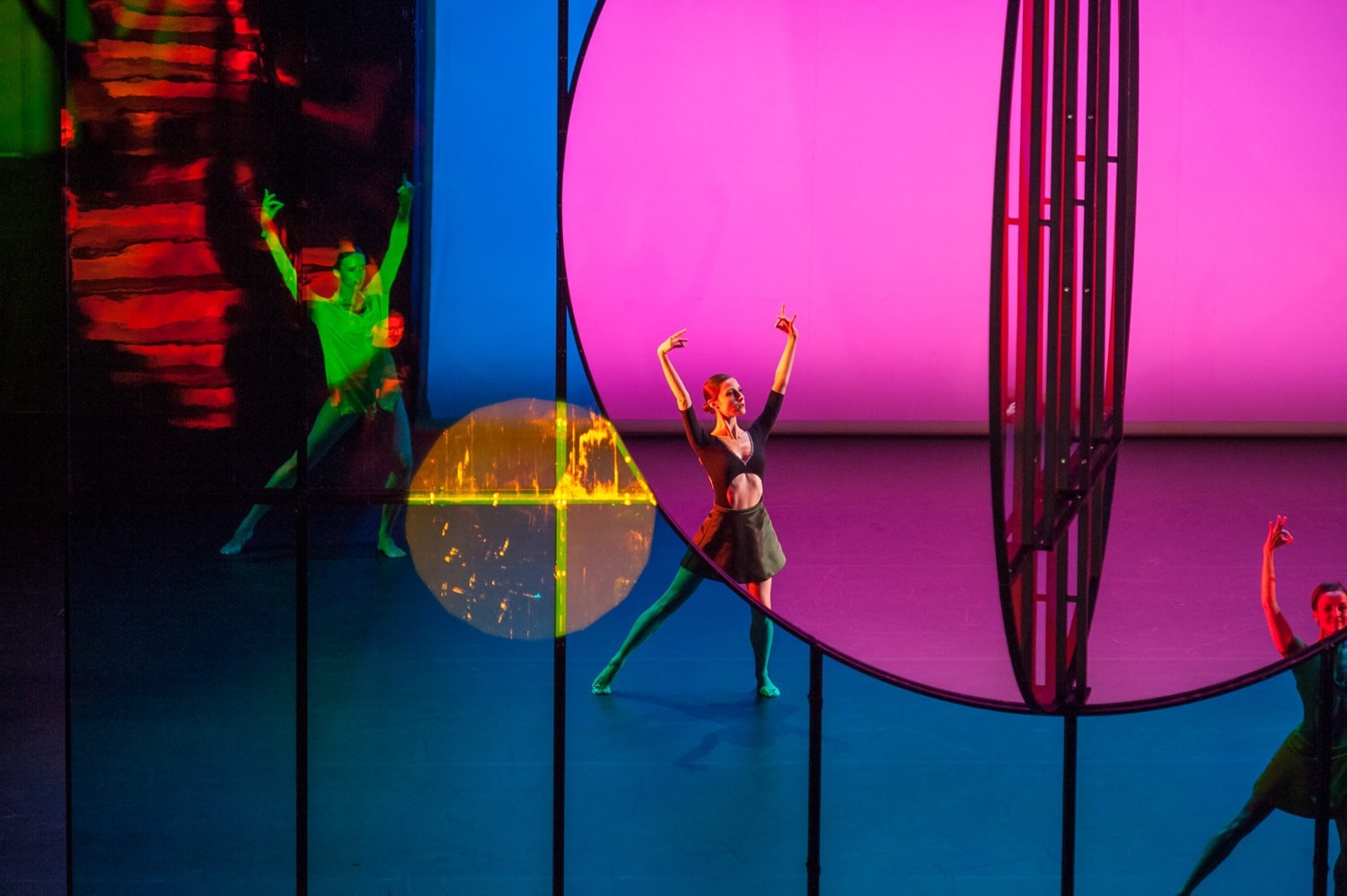 How to read parking signs

Between the lack of spaces, careless hoons and mindless pedestrians parking your car can be a nightmare and the task only becomes more stressful when you attempt to decipher the confusing signs. Designed to deceive, Melbourne’s Clearway, Loading Zone, Permit Zone, Restricted Parking and No Standing signs often include several conflicting instructions. If you’re unsure, find another space as incorrectly parking will only result in a hefty fine.