Planning a trip to Switzerland but not sure what to do or where to go? We’ve got you covered with our ultimate guide to the top 12 things to do and beautiful places to visit in Switzerland.

Ski in the shadow of the Matterhorn 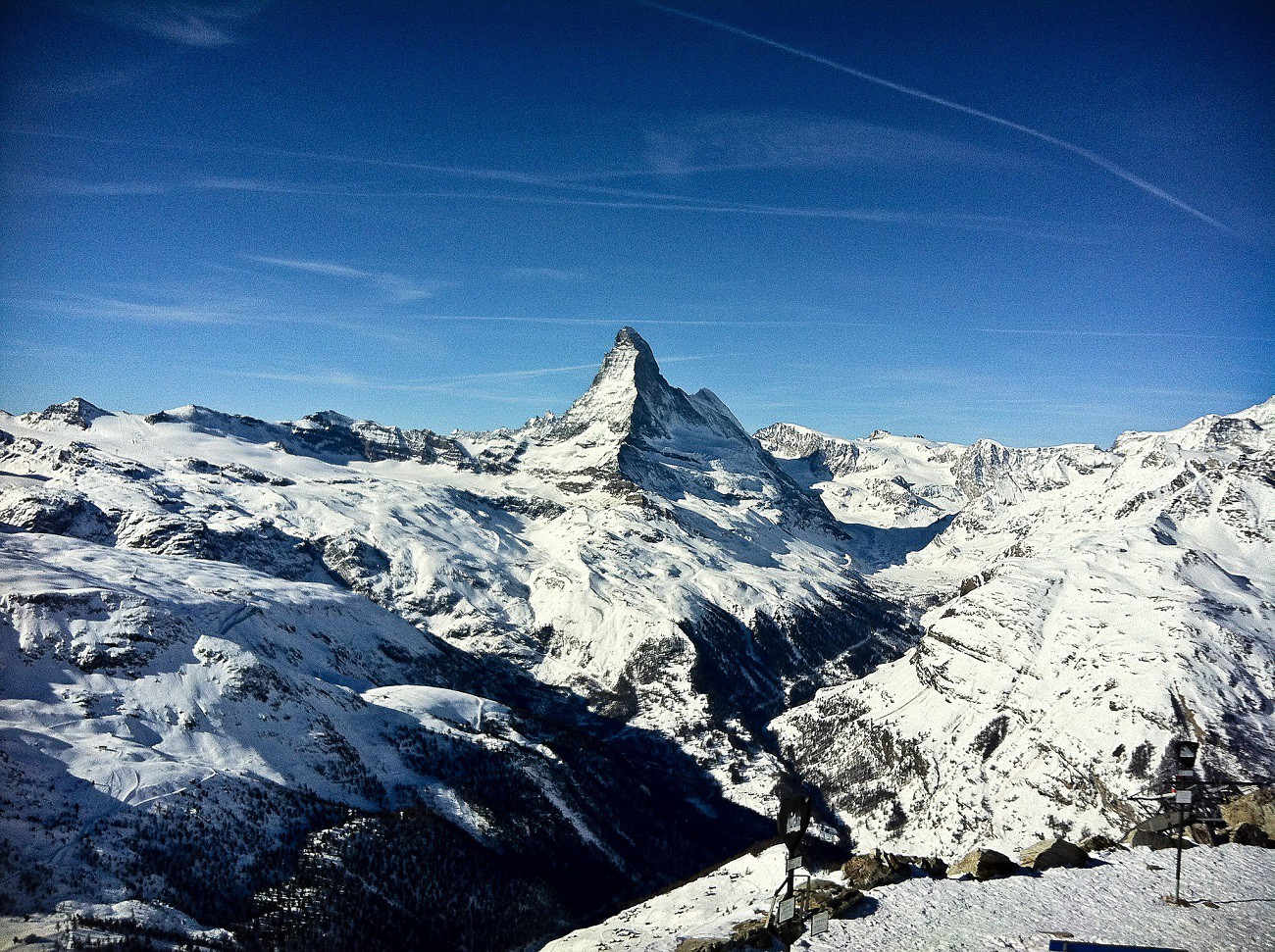 At the ski resort of Zermatt, you can wind your way down top-class slopes with excellent views of the iconic, tooth-shaped Matterhorn. For those not wanting to take to the snow, there are other ways to admire the Matterhorn. By heading to the summit of the Rothorn, a short 30 minute cable car journey away from Zermatt, you’ll be treated to a spectacular panorama of the surrounding mountains.

Deep dive into the local culture

It really is all about the local culture in Switzerland. Its cantons are home to such a wide variety of traditions and festivals that you’ll often feel like you’ve ventured into another country. At Basler Fasnacht, you can join masked pipers and drummers marching through the streets of Basel at the rather anti-social hour of 4am. On Mount Rigi you can partake in some Swiss wrestling, or head to the canton of Valais for the annual Witches Downhill Race. There’s plenty on throughout the year to give you a glimpse into the oddities and eccentricities that Swiss culture has on offer and you’ll probably leave scratching your head in bewilderment.

Relax and enjoy the views on the GoldenPass Line 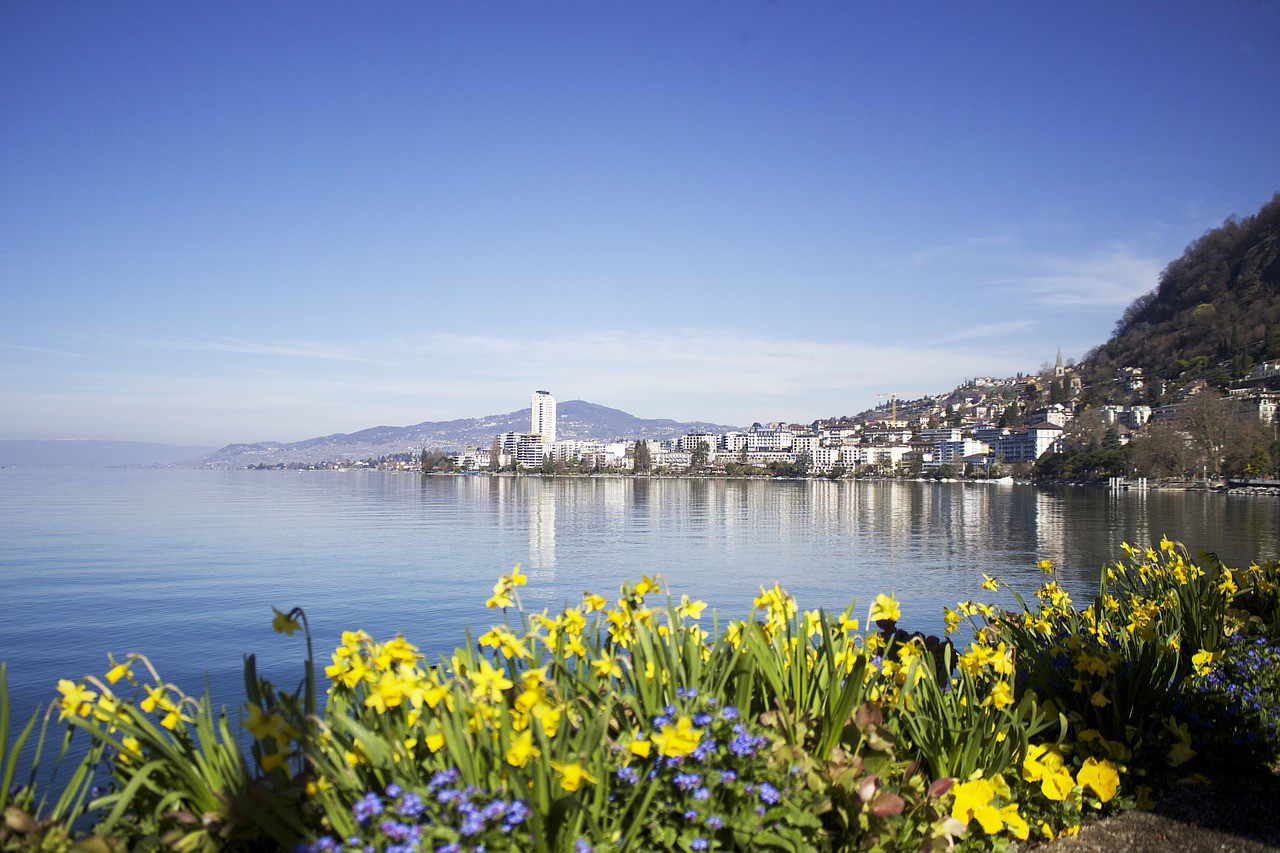 The GoldenPass Line is the scenic route through Switzerland and it offers the chance to glimpse some of the country’s best scenery. Slow and leisurely at around five and a half hours long, the journey takes you from Lucerne to Montreux (or vice-versa) through six Swiss cantons via three mountain passes (including the Brünig Pass) and landscapes complete with lakes, waterfalls and valleys dotted with typical Swiss chalets. The GoldenPass isn’t direct and you have to switch trains in Interlaken and Zweisimmen. Make sure your camera is fully charged as you’re going to want to snap plenty of pictures.

Take a train to Jungfraujoch the highest station in Europe

At 3,454 metres above sea level, the Jungfraujoch in the Bernese Oberland is the highest railway station in Europe. Taking a train to the Jungfraujoch is a sure way to admire the Swiss Alps in all their splendour. Travelling along the Kleine Scheidegg pass, it’s possible to see the dramatic peaks of the Eiger, Jungfrau and Mönch mountains on the way. From the summit at the Jungfraujoch you’ll see the 23 kilometre Great Aletsch glacier, the longest glacier in the Alps, stretching out before you.

Get in touch with nature at the Swiss National Park 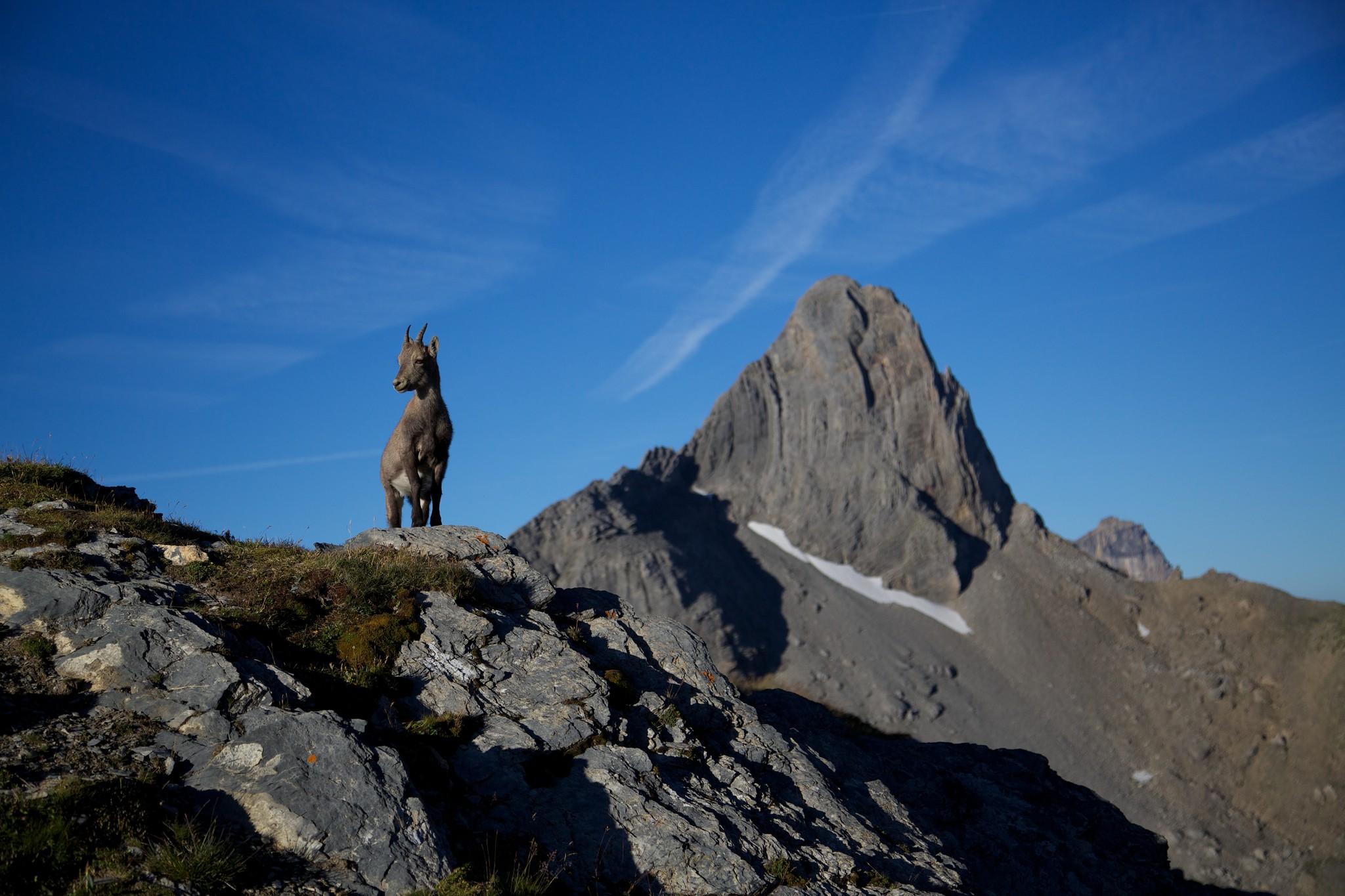 The Swiss National Park, the Alps’ oldest national park founded in 1914 is located in the canton of Graubünden in eastern Switzerland. It’s a gateway to nature and covers over 170 square kilometres, with 80 kilometres of hiking trails allowing you to explore to your heart’s content. Ibexes, chamois, marmots, golden eagles and bearded cultures are just some of the permanent residents of the park that can be spotted from the trails. Conservation of the park has been incredibly successful, partly because it is forbidden to leave the trails, a rule that is worth remembering.

Discover the origins of the universe at CERN

CERN, on the outskirts of Geneva is something not to be missed. It’s not every day that you’ll get to see the Large Hadron Collider, the world’s largest and most powerful particular accelerator that stretches out in a 27 kilometre ring under Swiss and French territory. If the accelerator is on, for obvious reasons, it’s not possible to visit. But the Microcosm, the Globe and the fascinating “Universe of Particles” exhibition are worth visiting to learn about the people behind the LHC and its mind-stretching experiments. If you want to take a guided tour it’s best to book as far in advance as possible, as they can fill up quickly.

Take a hike in the Alps 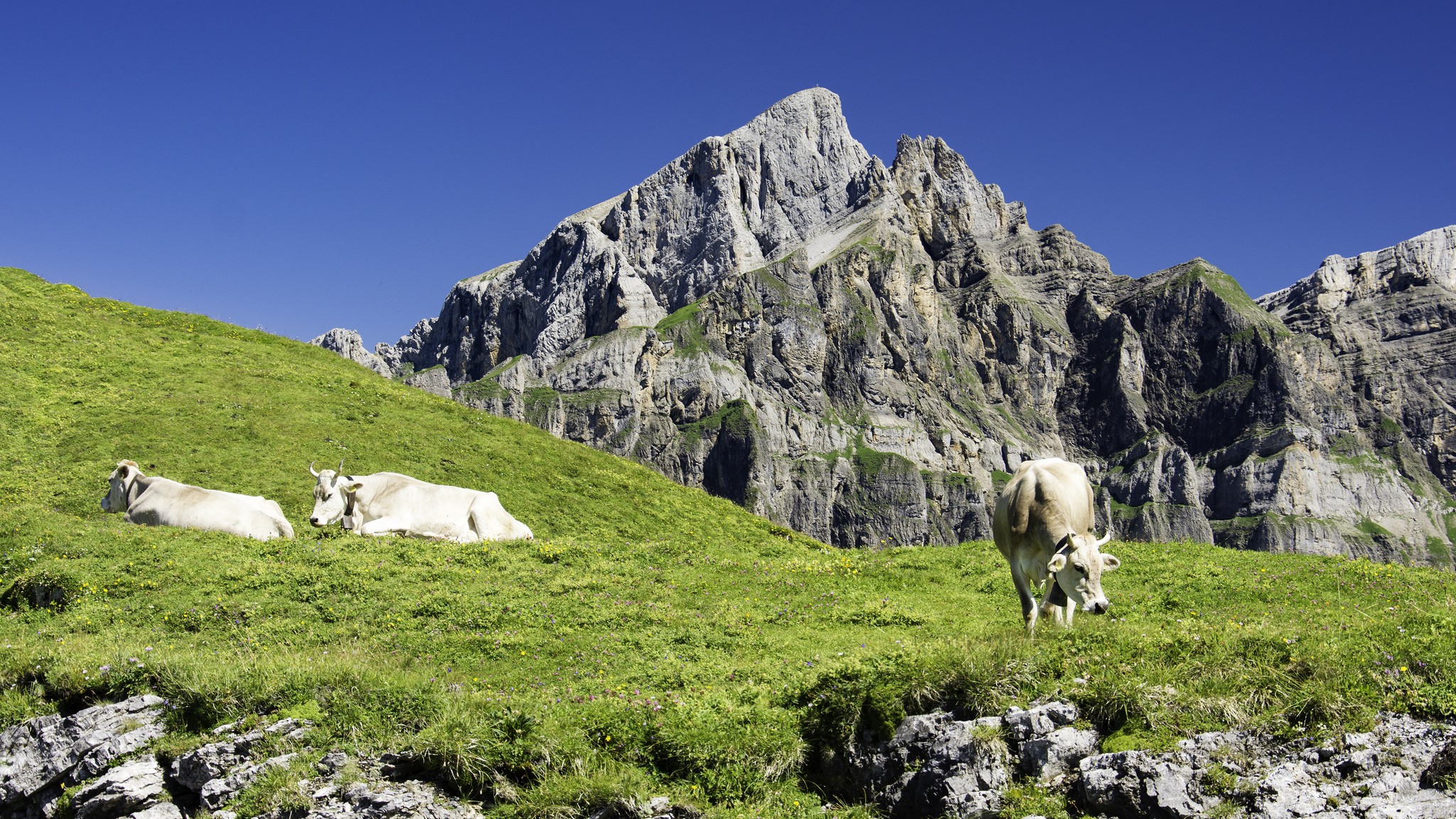 Hiking in Switzerland is an experience you are likely never to forget. In its small area, Switzerland is packed with so many impressive trails, dramatic mountain peaks and quiet, out-of-the-way valleys to explore. Thanks to clearly signposted pathways and in the ski resort areas, numerous lifts and buses, it’s easy to navigate your way around. If you’re looking to go out and about for longer than a day or two, it’s a good idea to check out the Swiss Alpine Club which runs a series of huts dotted around the country for decent prices. There’s also an app with routes of 32 hikes around the country.

Switzerland’s 26 cantons speak four languages between them. In the west of the country towards Geneva, you can practice your French, or head south to the Mediterranean climes of Ticino to pick up some Italian. Towards the centre, north and east you’ll come across German and Swiss German, which are quite dissimilar. In the canton of Graubünden you’ll hear Romansh spoken regularly. Despite it being the national language of Switzerland, it’s not even in the top ten languages spoken in the country. So if you want to practice your language skills or pick up some new ones, there’s no better place than Switzerland where you can learn four without ever leaving the country.

It may be better known for its cheese than its wine, but Switzerland is also a top destination to sample some fine wines. You won’t find many of these wines elsewhere, as only a small margin is exported. The perfect time and place to try out Swiss wines is the caves ouvertes in early summer, where you pay a small price for a glass and can taste as much as you like. The canton of Vaud is one of the best places for wine tasting and the Lavaux vineyards in particular, a 12-kilometre stretch of vineyards that are just waiting to be explored. With a great atmosphere, clean mountain air and spectacular scenery all around, it’s an experience not to be missed.

Learn the art of cheese-making in Gruyères 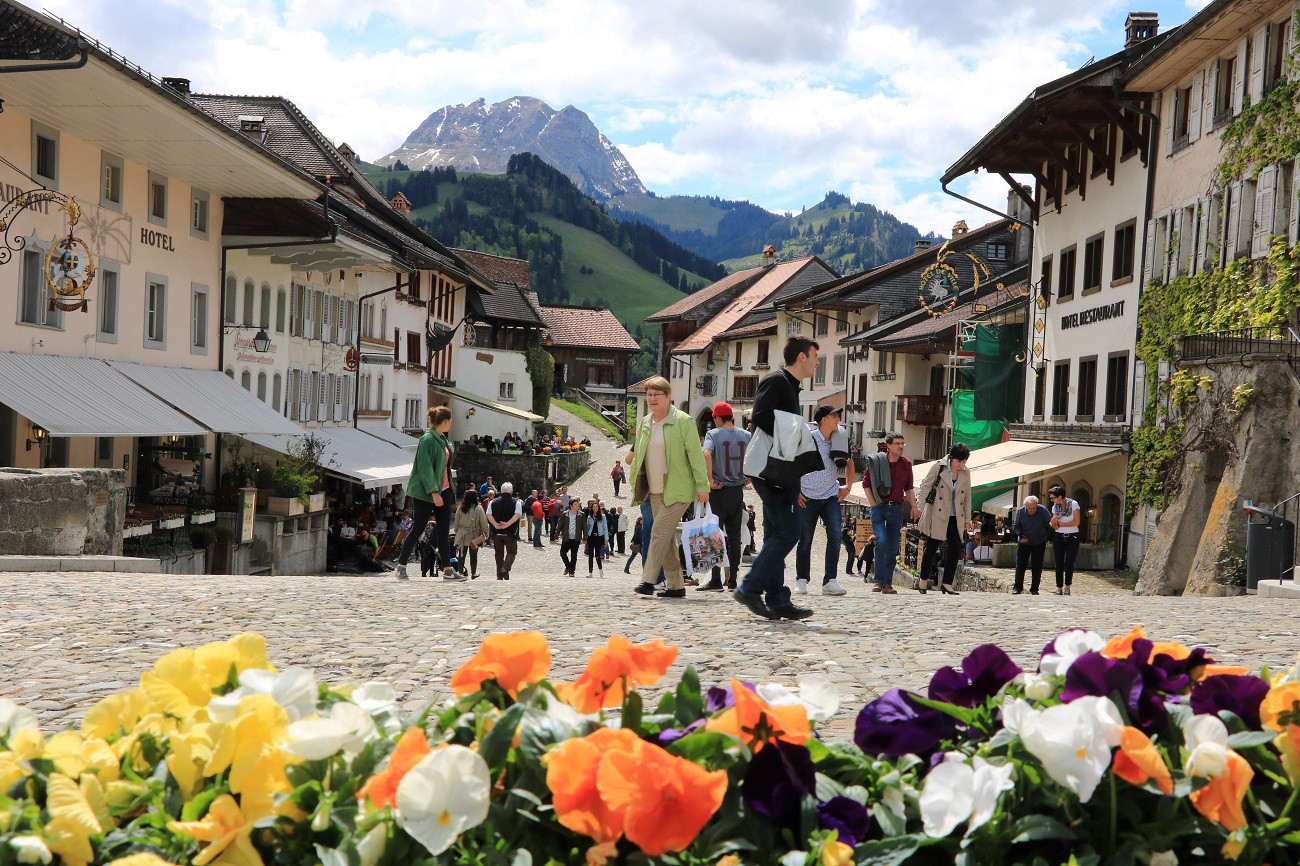 Whether you fancy your cheese melted in a fondue or raclette or want the raw deal, Switzerland’s cheese won’t leave you disappointed. Le Gruyère is arguably the most popular and most famous of the Swiss cheeses. At the medieval town of Gruyères, you can discover the art of cheese-making in La Maison du Gruyère and afterwards try some out for yourself, melted or otherwise. The town’s cobbled streets are also pleasant to explore and to allow yourself to make some room for the traditional meringue and rich Gruyère cream, another speciality of the region.

Taste some of the world’s best Swiss chocolate

Train to become a maître chocolatier in Kilchberg, visit Maison Cailler in Broc, one of the world’s oldest chocolate factories and explore Zurich and learn the story of Lindt chocolate. All of this and more is possible in Switzerland, the home to some of the world’s finest chocolate treats.

Step back in time at the Château Chillon

Switzerland is home to many historic castles, but perhaps no others have such a beautiful setting as the Château Chillon. Perched on a small rocky island, the castle sits atop Lake Geneva with commanding views of the surrounding mountain ranges, like something out of a fairy tale. It’s the most visited historical building in all of Switzerland and you’ll likely spend several hours wandering through its bedrooms, courtyards and dungeons or just admiring the views.

How To Spend Three Days In Switzerland!