Whether you want to catch waves on Sydney’s best beaches, have a close encounter with native wildlife or delve into the colourful past of the city’s oldest neighbourhood, there’s a tour on this list to suit every kind of traveller touching down in this Australian city. 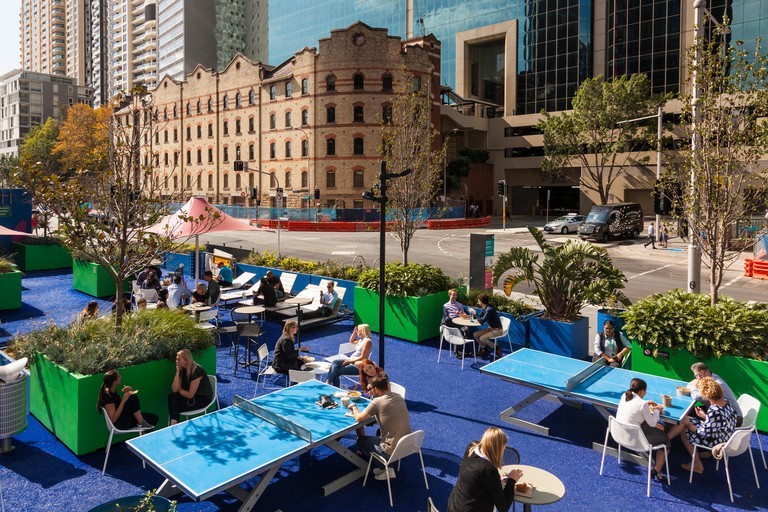 Discover Sydney at your own pace, and tick off some of the city’s most famous sights with a classic hop-on, hop-off bus tour. Big Bus Sydney operates two routes – the City Tour and the Bondi Tour – with over 30 stops. Catch unmissable landmarks on the City Tour, including the Sydney Opera House and the Sydney Harbour Bridge, and make sure to hop off at Barangaroo – the city’s newest harbourside suburb. Then, head into the Eastern Suburbs on the Bondi Tour. Stop off at Paddington for local designer fashion and hip cafés before you hit Bondi Beach.

Rum, Rascals and The Rocks 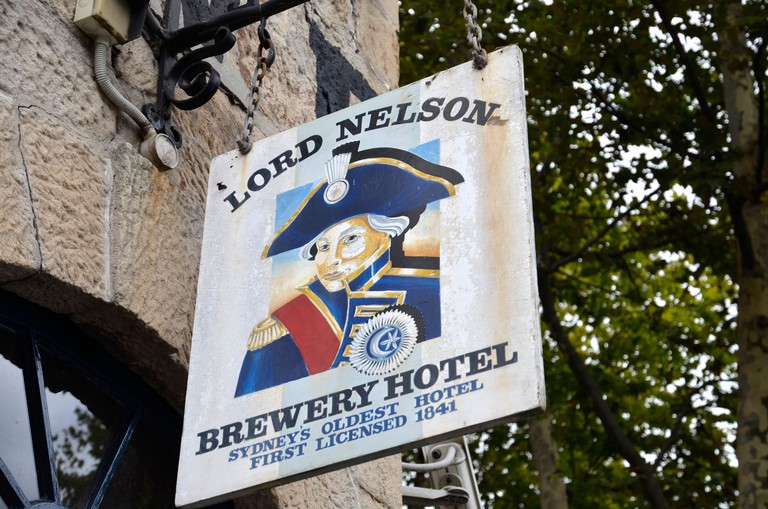 Go back to where it all began in The Rocks, Sydney’s oldest neighbourhood, and discover the “spirited beginnings” of the city. On this walking tour – described as a “sunset swagger” – you’ll be treated to deliciously debaucherous stories of infamous c.o.n.v.i.c.t c.r.i.m.e.s and s.m.u.g.g.l.e.r.s over drinks at some of the city’s most historic and underground pubs. Take note of The Lord Nelson Brewery Hotel – it’s the oldest working licensed hotel in Sydney. 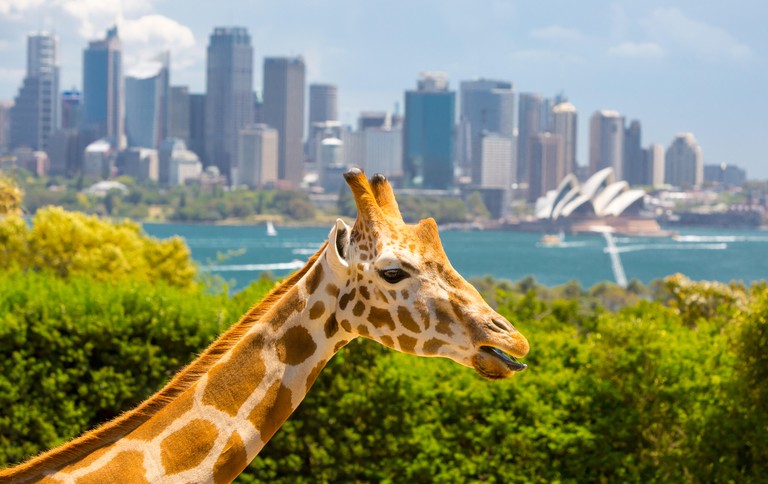 Did you know that the platypus doesn’t have a stomach? Or that the koala isn’t even related to bears? No? Then sign up for a tour at Taronga Zoo, which has spectacular views over Sydney Harbour and is the best way to immerse yourself in Australia’s bushland from the comfort of the city. The Wildlife Retreat is an overnight experience that includes tours with knowledgeable keepers and guides through ‘The Sanctuary’, an area exclusive to Wildlife Retreat guests, as well as the zoo itself. You’ll get up close with the country’s unique wildlife – think koalas, wallabies, echidnas and platypus – and be an expert in no time. 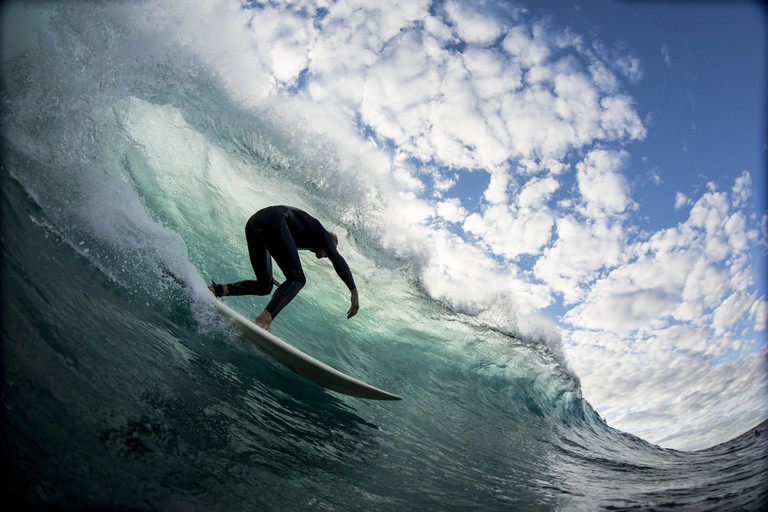 Once you’ve checked out Bondi Beach, it’s time to explore some of the lesser-known, yet equally epic, beaches around Sydney – and some of the very best are on the New South Wales South Coast, just a few hours from the city centre. Australian Surf Tours will pick you up from wherever you’re staying in Sydney (or the airport) and drive you to some seriously spectacular stretches of coastline for single- or multi-day surf camps. It caters for all abilities, whether you’re a complete beginner or an experienced surfer who wants to discover local breaks. 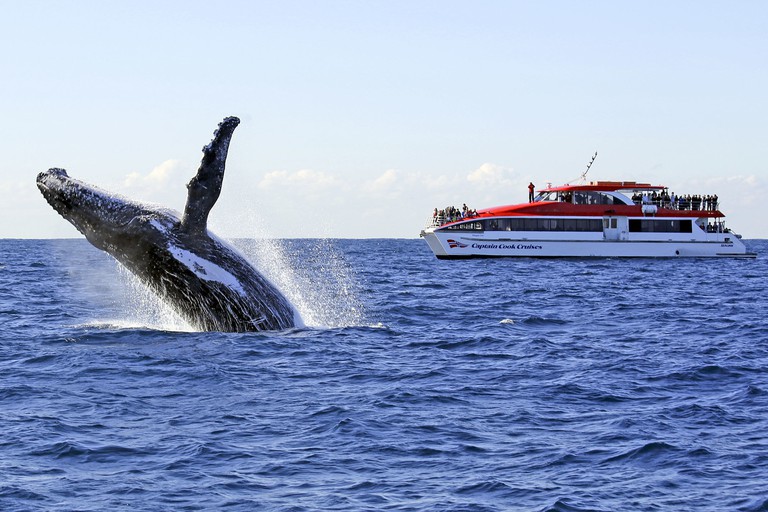 The best time to see whales in Sydney is in late June and early July, around the winter solstice. Wrap up and climb aboard Whale Watching Sydney’s two-hour Adventure Cruise, for whale sightings with a dose of adrenaline. Beginning in Darling Harbour or Circular Quay, the ultra-fast, purpose-built boat will have you out in the open ocean in just 10 minutes. Onboard is a marine naturalist and professional photographer, too, to make sure you catch all the action. 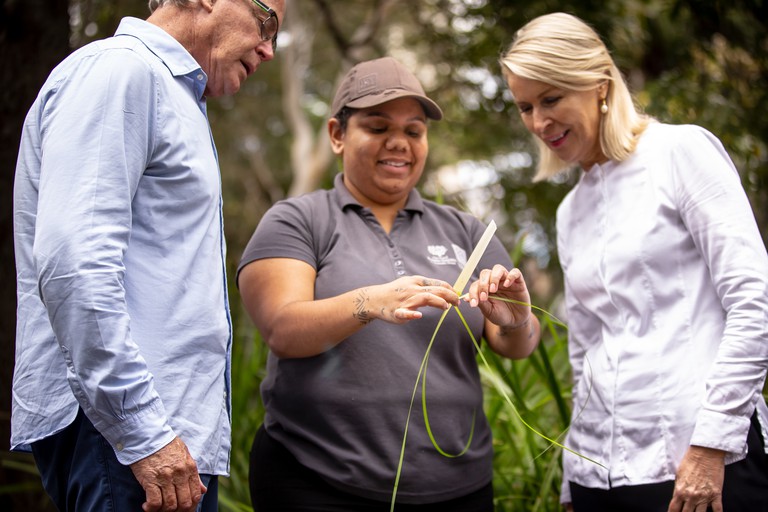 Learn about the Gadigal people, the traditional custodians of the Sydney area | Courtesy of The Royal Botanic Garden Sydney

Learning about the Gadigal people – the traditional custodians of the Sydney area – is a must for anyone visiting the city. On the Aboriginal Heritage Tour at The Royal Botanic Garden Sydney – an unmissable destination itself – you will join an Aboriginal guide to discover indigenous culture, language, native plant uses and artefacts. You may even get to forage and taste some bush foods – known as bush tucker – such as finger limes, which are a current favourite of Michelin-star chefs thanks to their caviar-like texture. 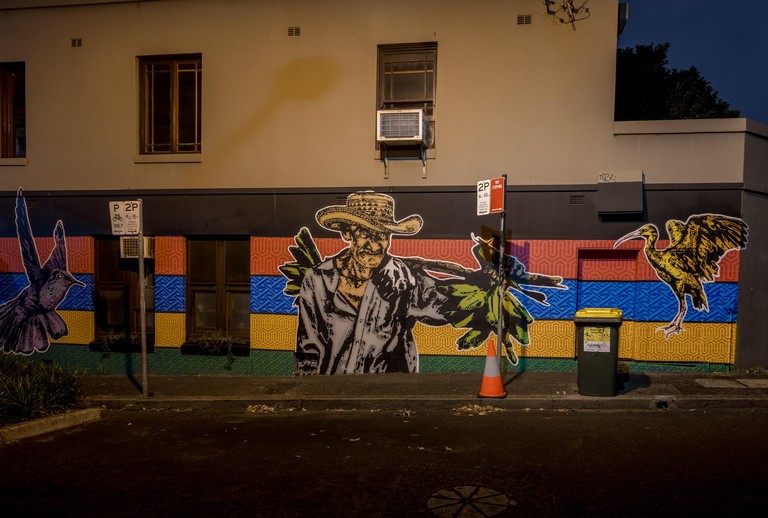 Get to know another side of Sydney with a walking tour of Enmore and Newtown, neighbouring Inner West suburbs that are home to the city’s best street art. In tours guided by Culture Scouts’ artists and creators, you’ll discover what’s new in Sydney’s lively street-art scene plus explore famous works, such as the I Have a Dream mural on King Street. Painted by Juilee Pryor and Andrew Aiken in 1991, its message of equality and civil rights remains powerful almost three decades after its creation. You’ll also get the chance to meet some colourful residents and finish up with a craft beer. 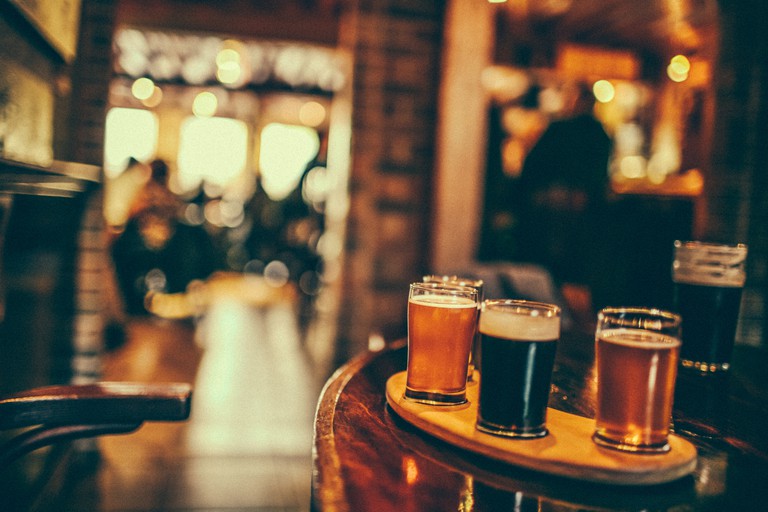 Nothing says Australia like an icy cold beer, and there’s so much more on offer than VB and X.X.X.X. Get educated on Dave’s Hipsters and Hops Brewery Tour – it’s the best way to discover some unknown craft gems around Sydney. Meet at the Keg & Brew Hotel, just a short walk from Central Station, and go behind the scenes at three local craft breweries. You’ll get to sample beers straight from the tank and have a proper Aussie pub lunch. 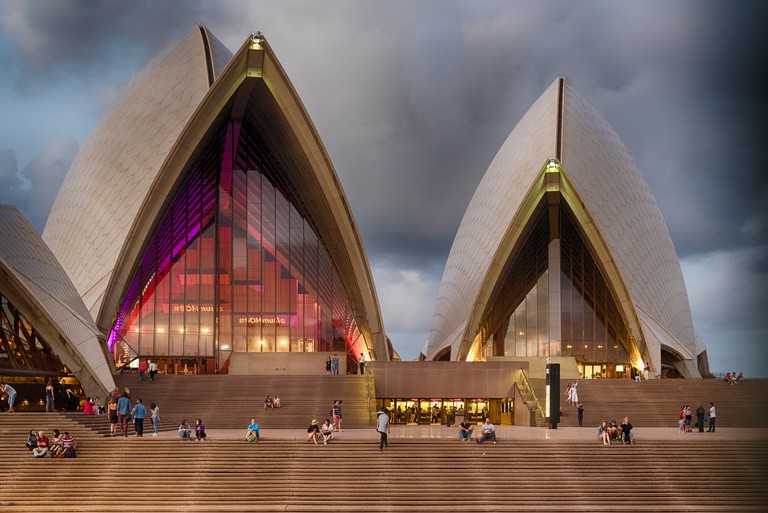 If you’re visiting Sydney, the Sydney Opera House will likely be at the top of your bucket list. The best way to see this architectural icon, however, is via a backstage tour. You’ll not only get to explore behind the scenes, but you’ll also be entertained with tales from the venue’s storied history – including the time in the 1980s when a chicken fell off the stage and onto a cellist (and what they’ve done to stop it from happening again). If you book the morning tour, you’ll also get to have breakfast in the Green Room, which is normally only open to performers. 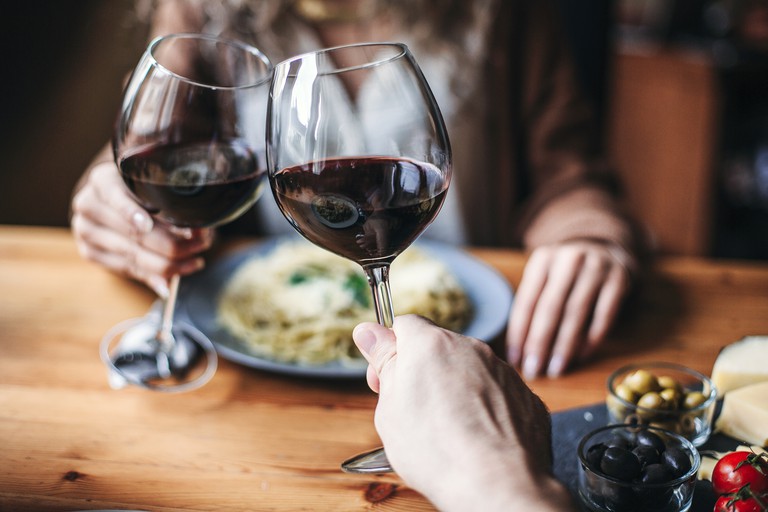 Short on time but still want to discover Sydney’s dining scene? The Sydney Connection runs ‘dining walks’ where you’ll enjoy a full meal with each course – and matching wines – at a different venue in the trendy inner-city neighbourhood of Surry Hills. You’ll visit four popular restaurants accompanied by a guide who also happens to be an entertaining dining companion. If you fancy lunch instead, there’s also a long lunch dining walk in Manly, a relaxed beachside suburb in Sydney’s north. 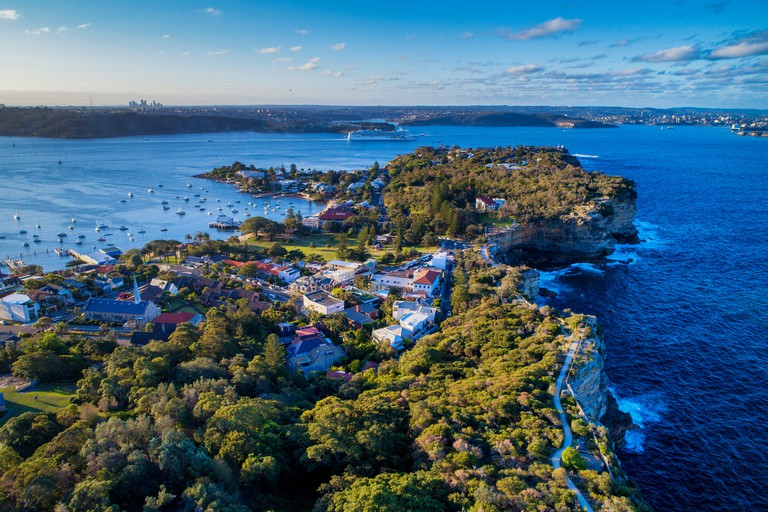 Spend a lush afternoon exploring Sydney’s spectacular harbour from the water – and discover some hidden bays and harbour beaches – with this sightseeing boat cruise. The Secret Sydney Lunch Cruise leaves from Circular Quay and passes by the Sydney Opera House and Sydney Harbour Bridge before heading out to some idyllic hidden coves. The afternoon includes three shore stops and lunch at the waterfront Watsons Bay Boutique Hotel. It also takes you past the waterside mansions of Point Piper, an affluent suburb where former prime minister Malcolm Turnbull lives. 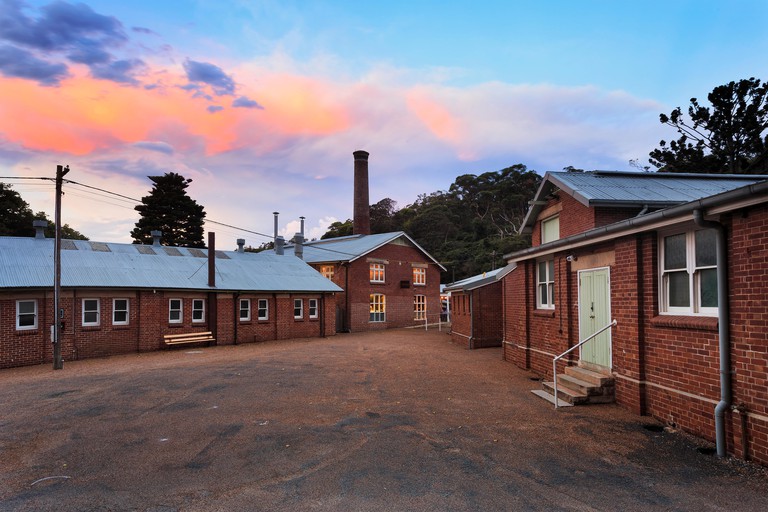 Untimely d.e.a.t.h.s and eccentric characters have made Sydney’s Quarantine Station one of the country’s most h.a.u.n.t.e.d sites | © Taras Vyshnya / Alamy Stock Photo

The North Head Quarantine Station operated as a quarantine station from 1832 to 1984, and as such, it has a storied history of untimely d.e.a.t.h.s and eccentric characters. While the present-day site is home to the Q Station hotel and restaurant, things can still get pretty s.p.o.o.k.y when the sun goes down. Join the G.h.o.s.t.l.y Encounters tour for an insight into what is reputedly the country’s most h.a.u.n.t.e.d site. If you dare to explore on your own, there are also some detailed stone carvings by former patients at the rock formation known as Old Man’s Hat.