Even though Leiden is considerably smaller than other nearby cities such as Amsterdam, Rotterdam or The Hague, it features an impressive concentration of cultural attractions including many sites that are associated with its ancient university. Whilst Leiden’s academic landmarks are certainly among its most enduringly popular attractions, there are many other reasons to visit the city.

1. It is Rembrandt’s birthplace

Although Rembrandt spent much of his life in Amsterdam, he was born and raised in Leiden. In fact, he attended classes at the city’s prestigious university for some time before deciding to pursue a career as an artist. There are several tributes to Rembrandt around the city including a plaque on Weddesteeg that marks his birthplace.

De Valk windmill is quite possibly the most famous landmark in Leiden and has stood in the city since 1743. In the mid-20th century the mill was converted into a municipal museum and has since been restored to working order. 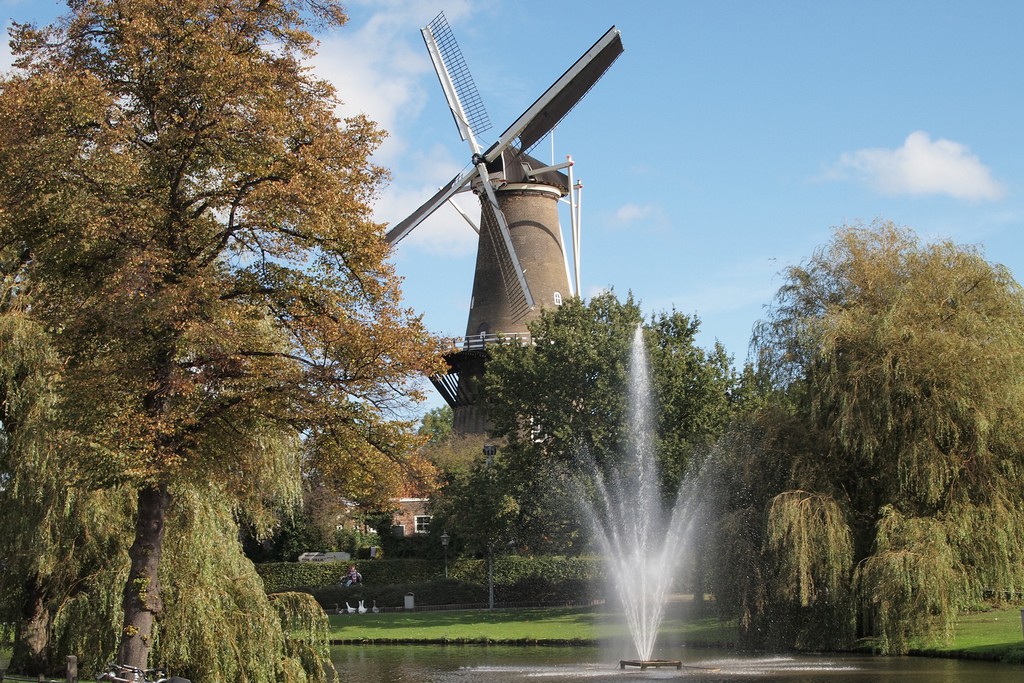 Leidse Loper is a free walking tour that trails between 24 different historical sites in Leiden’s city centre. To embark on the tour participants can download a free app that acts as a guide and provides additional information about each stop.

Leiden’s botanical gardens were founded in 1587 by the city’s newly established university. Soon after, celebrated botanist Carlolus Clusius was appointed as its director and began cultivating the first ever tulips to appear in the Netherlands. Today, the gardens are open to the public and regularly organise exhibitions and events. 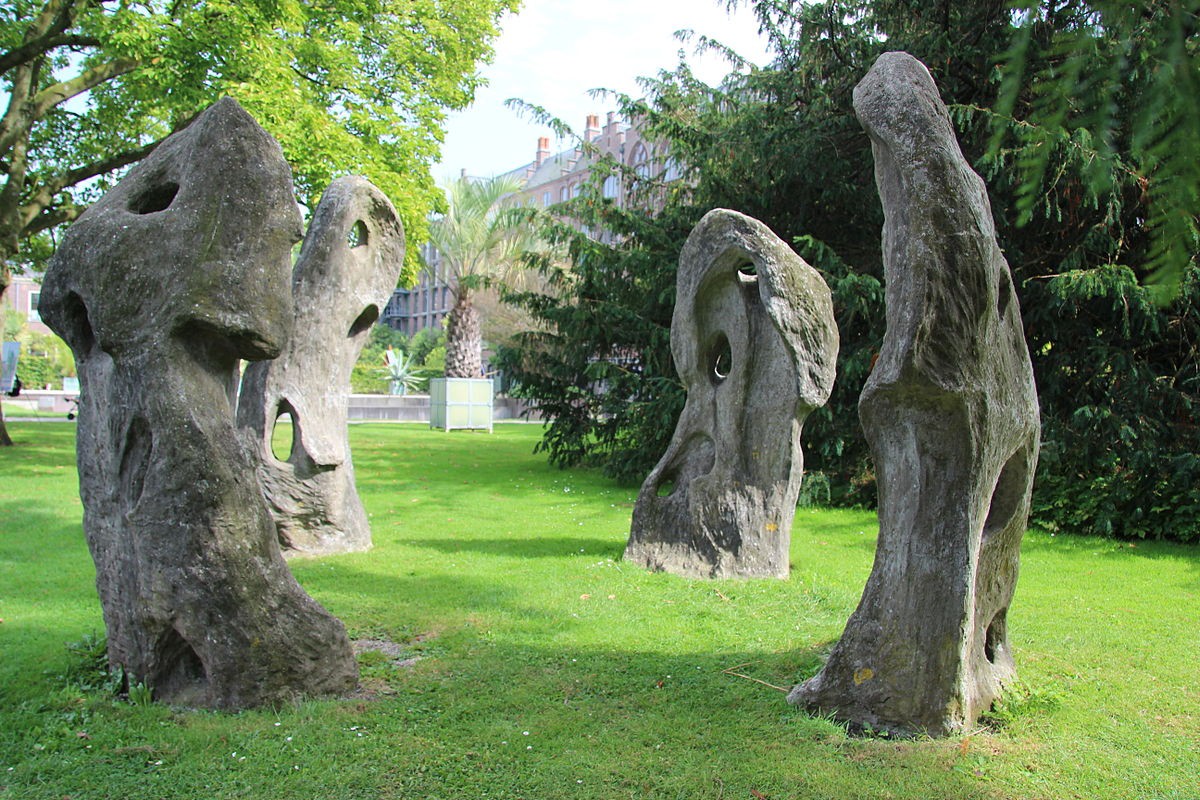 5. Its ties with the Plymouth Colony Pilgrims

Before setting sail to North America on the Mayflower, the Plymouth Colony Pilgrims lived and worked in Leiden for around 15 years. Their exodus from England eventually became one of the most important stories within American national history and their time in Leiden is memorialised at the city’s American Pilgrim Museum.

Like many other cities in Holland, Leiden’s historic centre revolves around its canals and its older neighbourhoods are completely surrounded by a series of picturesque waterways which once formed a defensive barrier around its outer town walls. 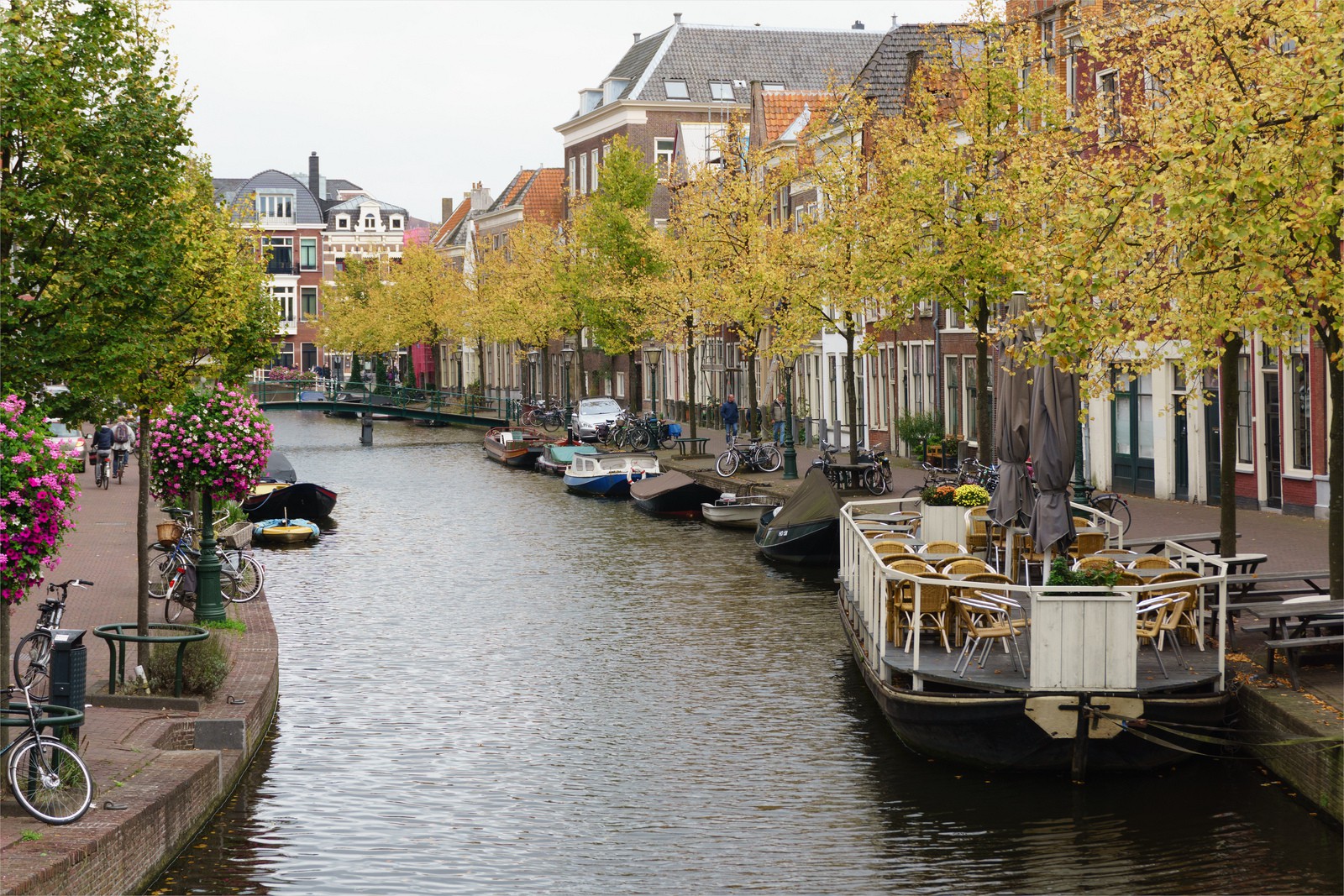 There are several important scientific museums in Leiden that are dedicated to specific academic fields. Its Naturalis Biodiversity Center, for example, houses the largest collection of biological specimens in the Netherlands whilst its Museum Volkenkunde preserves thousands of important ethnological artefacts from around the world. The city also hosts the Netherlands’ national archeology museum, an institute dedicated to Japanese culture and another which focuses on the history of medicine.

Leiden Observatory is the second oldest university observatory in the world and was founded in 1633. Since then many additions have been made to the facilities, such as the observatory’s second site which was completed in 1860 and currently houses the universities law faculty. 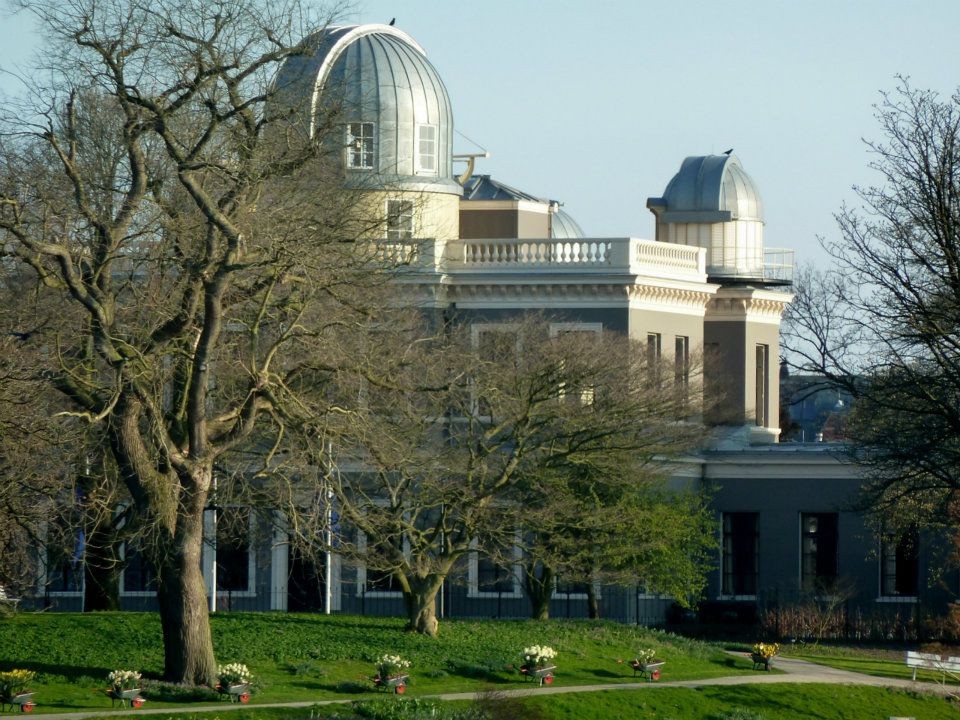 Every Wednesday and Saturday around 200 stalls appear along several streets in Leiden’s city center. There’s an enormous range of awesome things on offer at this typically Dutch market such as fresh balls of gouda, bike parts and colourful tulips.

This popular museum owns many important historical artefacts and artworks including dozens of paintings from the Dutch Golden Age. Rembrandt’s A Pedlar Selling Spectacles (Allegory of Sight) is housed within the museum’s collection and is recognised as the artist’s earliest surviving painting. 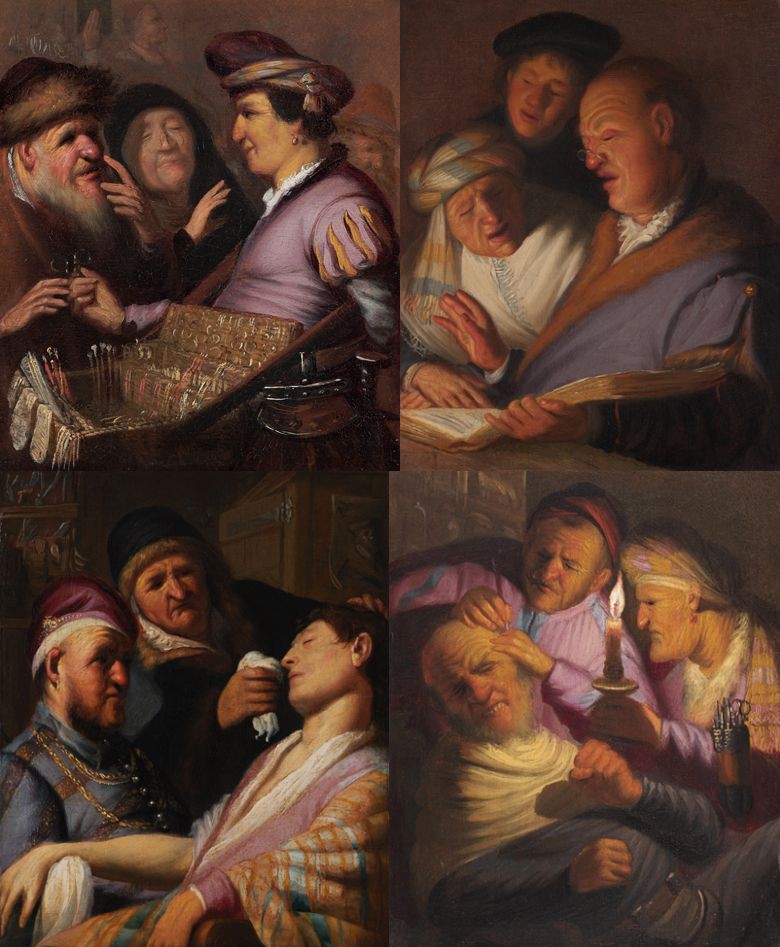 Rembrandt van Rijn: Pedlar Selling Spectacles (Allegory of Sight), 1624 (top-left) | © Public Domain | The painting is part of a series that are collectively known as The Senses, all other works are in private collections

Leiden University was founded by William of Orange in 1575 during the Eighty Years War and eventually became one of the most important academic institutions in Europe. Over the years, many famous scholars have studied or taught at Leiden University including René Descartes, Baruch Spinoza and Albert Einstein.

Much like other famous university towns in Europe such as Oxford, Bologna or Basel, a considerable number of Leiden’s most iconic buildings are associated with its academic history. Many of these landmarks, such as het Academiegebouw or Bibliotheca Thysiana, are recognised as national monuments and have played an important role within Dutch and European history. 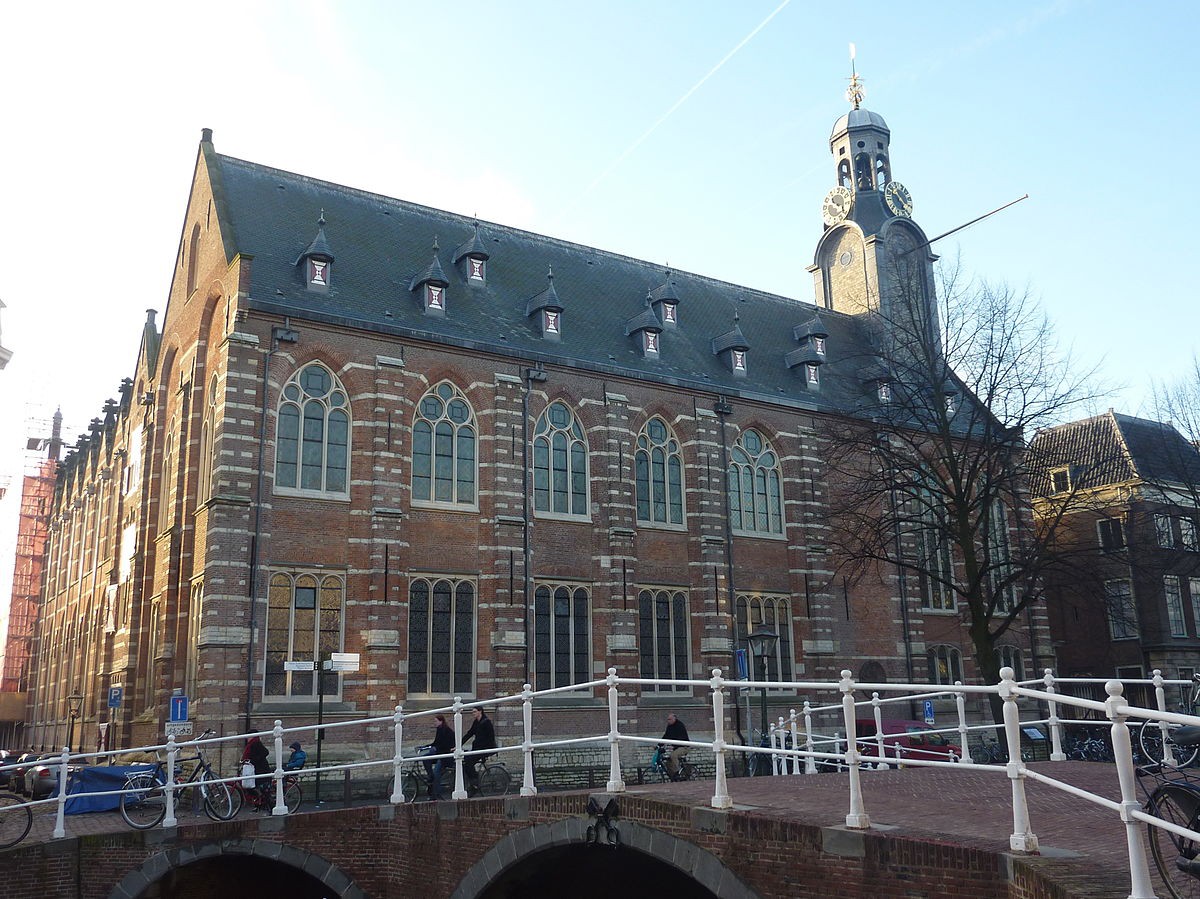 11 Best Things To Do in Amsterdam Old Town

The Ultimate Guide to Backpacking Amsterdam on a Budget