Aye, the Scottish accent is pretty much universally acknowledged to be one of the dreamiest brogues out there. Even if it’s difficult to understand exactly what they’re saying sometimes, those rugged Scotch burrs are seriously impossible to resist. But it turns out they’re not just considered incredibly sexy – studies have shown that the Scottish accent is also consistently perceived as being the most reassuring in a crisis, as well as the most competent and trustworthy. How’s that for dulcet tones?

They’ll take you on the best outdoor adventures

Chances are, your Scottish SO spent their childhood being dragged up Arthur’s Seat or around the Highlands by their parents during family holidays. But now they’re older and wiser, and will be very keen to share in the beauty of Scotland’s natural landscape with you. Expect long weekends hiking in the Cairngorms and road-tripping along the Isle of Skye, tackling a few munros together or even the West Highland Way. All of which is extremely romantic, yes, but be prepared to invest in a good waterproof jacket too. 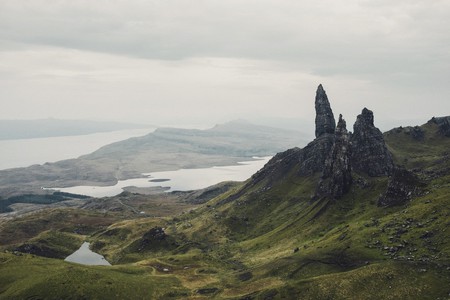 Their dating apparel is pretty low-key

Whilst on the subject of practical clothing items, dating a Scottish person also takes the pressure off of dressing to impress. Growing up in Scotland, they’ll always be prepared for the worst weather-wise, and so it’ll be perfectly reasonable to go out kitted in huge scarves and three different fleeces under a hardy raincoat. After all, even if it’s not raining and freezing right this very second, it probably will be in the next five minutes. Though this might be a deal breaker for hard-core fashionistas, others will rejoice at not having to stress over what to wear before date night.

… And at some point they’ll break out the kilt

Most men will have one made out of their historical clan’s tartan, along with woollen hose and a sporran. Unfortunately, unless they’re professional bagpipers, rarely do Scottish men wear kilts in everyday life these days. However, if you both get invited to a wedding or any other kind of fancy event, you can be sure that the outfit will make an appearance. Perfect chance to find out if it’s true what they say about what a Scotsman wears under his kilt… 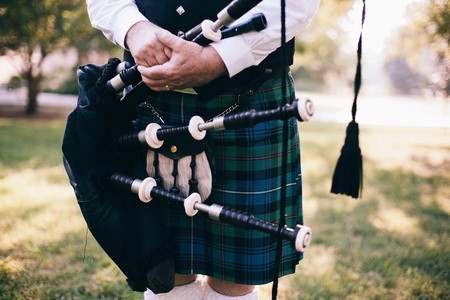 Your s.e.x life will thank you

Statistical data has proven that Scottish people are excellent lovers, with one survey reporting that Scots score a nine out of ten for their passion, lip-locking skills and romantic gestures. Likewise, a poll conducted by The Scotsman revealed that a quarter of Scottish people have had s.e.x on a beach, and a staggering 40% have made the beast with two backs outside. How’s that for the great outdoors?

They’ll leave you in stitches

After all, this is the country that gave us the likes of Frankie Boyle, Craig Ferguson and Billy Connolly. The Scots are well known for their wickedly irreverent sense of humour, and aren’t afraid to “take the piss” out of anything or anyone – especially themselves. Though you may find yourself the butt of the joke from time to time, the banter will never be dull with your Scottish partner around, that’s for sure.

So not only will your Scottish SO likely be hilarious, but they’ll also probably be one of the friendliest and most welcoming people you’ll ever meet… as will their mum and dad, siblings, and extended family, because rest assured you’ll be meeting all of them when you come round their parents’ house for tea. In fact, a study conducted by Cambridge University shows that Scottish people are the most friendly, agreeable and cooperative people in the UK – a fact that they no doubt love holding over their neighbours down south. 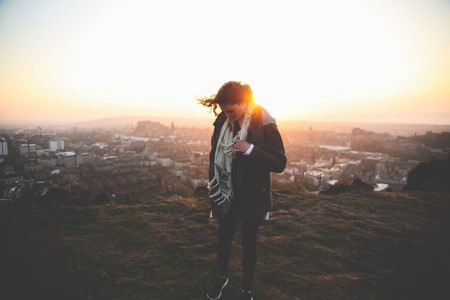 They’ll take you to the best parties

The Scots are really good at throwing parties. From the month-long arts bonanza that is the Fringe to the fiery traditions of Hogmanay, the people of Scotland don’t go halfway when it comes to a good shindig. They’re fiercely proud of their history and their status as one of the cultural capitals of Europe, and enthusiastically celebrate both with a million fireworks whenever they can. So your Scottish date will not only have the stamina to keep the good times rolling, but will also be able to show you the best of what their nation has to offer.

…and they’ll have the best moves

In Scotland, it’s not a real party without a good old fashioned ceilidh. These traditional group dances are truly rollicking affairs, from the stately Dashing White Sergeant to the anarchic Strip the Willow. And dating a Scottish person means that you’ll never be without a dance partner to show you how it’s done. Be prepared to fling or be flung by your significant other until the wee hours of the morning. 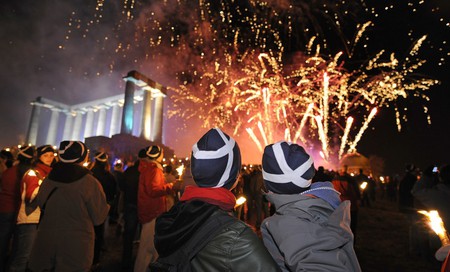 …as well as the best hangover food

When you’re dating a Scottish person, you’ll always have a pal with whom to binge on all the delicious fats and carbs. Their national cuisine includes such delights as macaroni and cheese pies, haggis with mashed turnips, jacket potatoes, and the famous (or infamous, depending on who you ask) deep-fried Mars bar. So whether you’re recovering from a wild night out, or in need of comfort food on a wintry day, your Scot will have you covered.

They love nothing more than a chill night at the pub

As much as Scottish people love a night out, they’re also perfectly happy to while the evening away at their local pub. Though whisky runs in their blood, Scots are just as passionate about their national beers, from perennial favourites like Innis & Gunn and Deuchars IPA, to new craft offerings from breweries such as Brewdog and Tempest. They’ll relish the opportunity to introduce you to their friends over a few pints, as well as impress you with their general knowledge at the quiz. 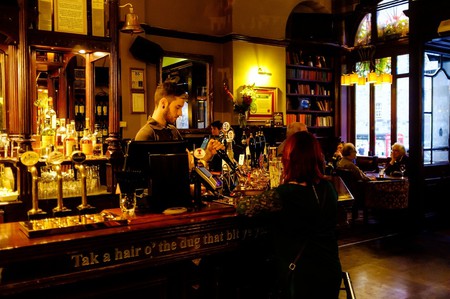 14 Reasons Everyone Should Visit Scotland at Least Once