Many of us have been sharing some of our favorite photos from across the country as part our social media campaign #AWindowOnScotland. From rolling hills and mountain views to city landscapes and even back gardens, we’ve certainly been spreading the love for our country, and to celebrate we’ve picked some of our favorite historic home views! How many of these places are on your bucket list of places to visit? 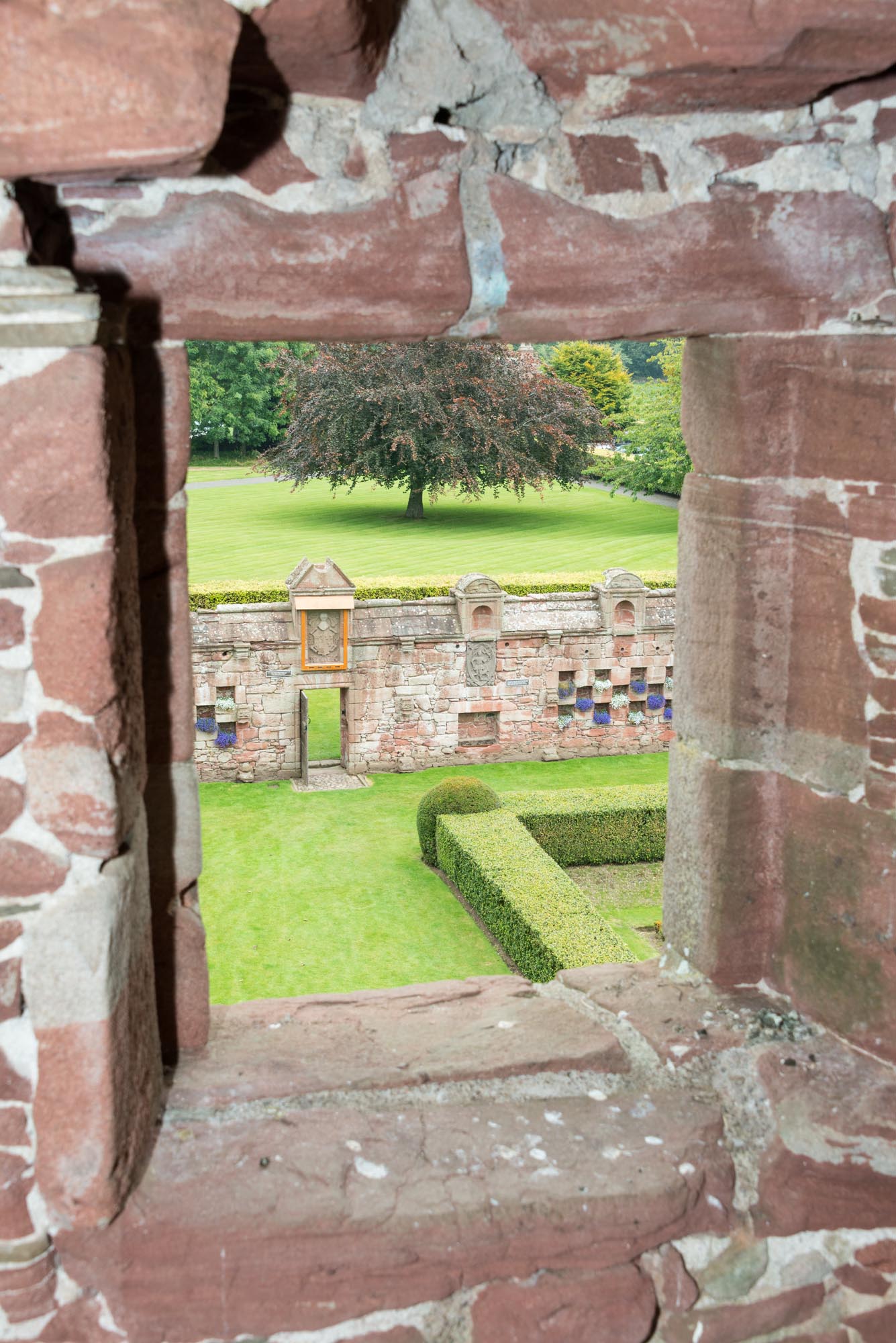 Edzell Castle, with its beautiful walled garden and pops of colors from the blooming flower beds and plants, will certainly make up for a good pic to post on your social media. The castle, which was built by Sir David Lindsay in 1604, was home to the Lindsays, a gifted yet tragic noble family whose head became the Earl of Crawford and one of the most powerful men in the realm. Other famous residents included Mary Queen of Scots in 1562 and her son James VI in 1580 and 1589. 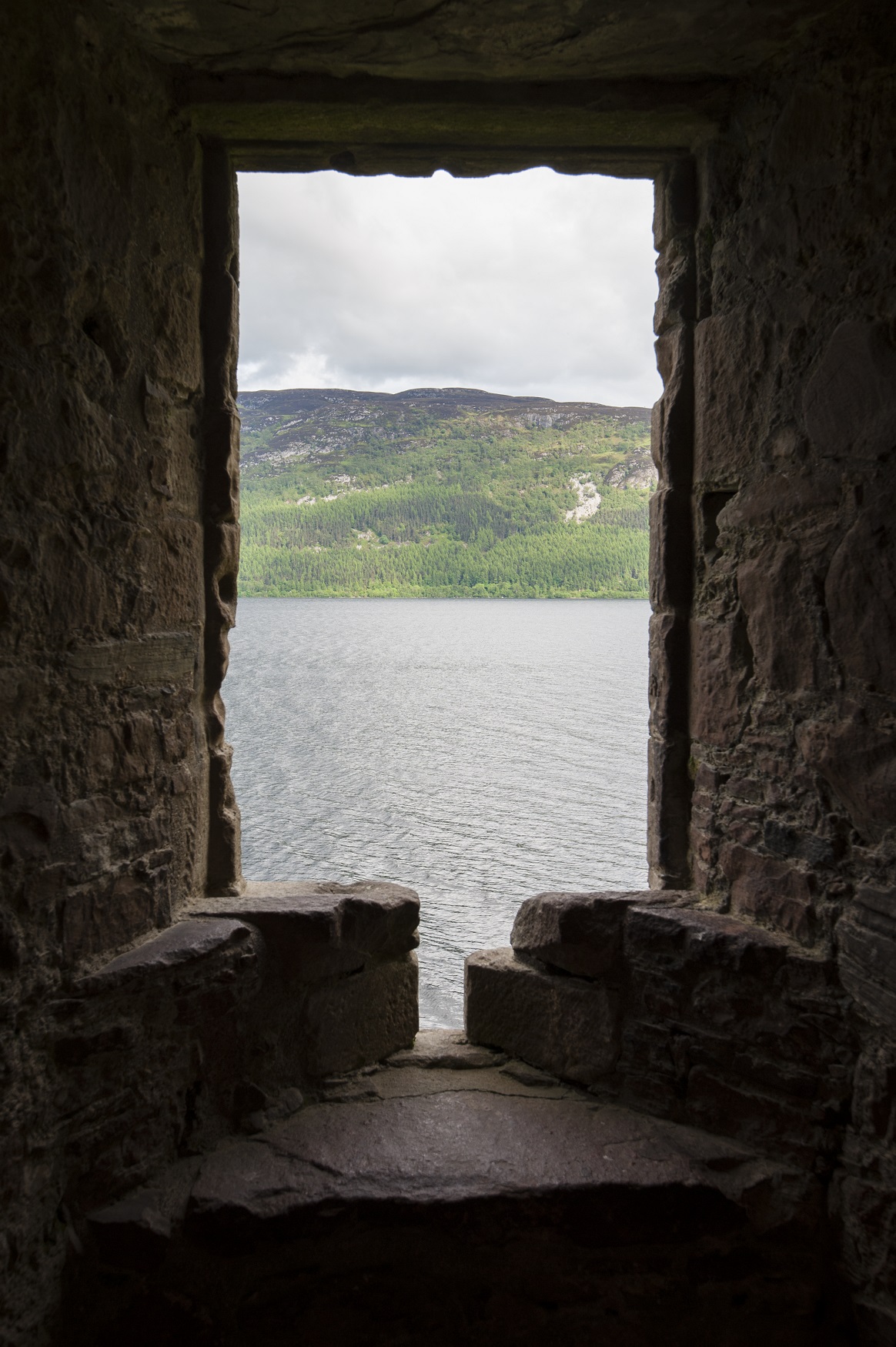 If you’re a lover of all things Highlands, then you will definitely recognize this next pic! Set on the banks of Loch Ness and once one of Scotland’s largest castles, Urquhart Castle is no stranger to great conflict after acting as a medieval fortress for 500 years. With the castle being controlled back and forth between the Scots and the English during the Wars of Independence, the castle was blown up in 1692 with only some of its remains still standing today. Be transported back in time on what life was like during medieval times and how noble residents lived. From taking in the grand views of Scotland’s most famous lochs to viewing medieval artifacts, Urquhart Castle certainly calls for a family day out! 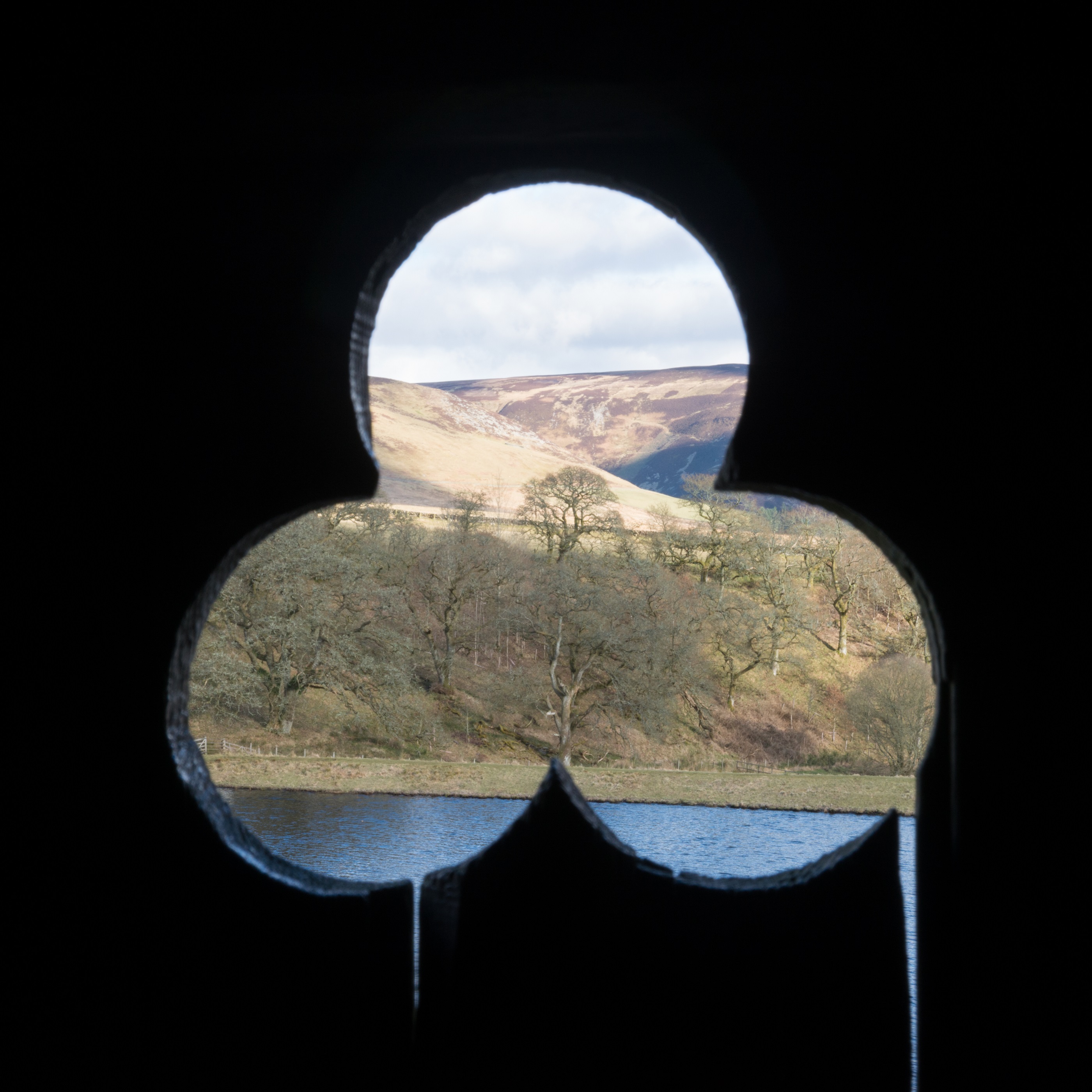 No one is quite sure if Morton Castle was built in the late 1200s or early 1300s but with its stunning remote location and being notoriously hard to find, it certainly keeps everyone talking. Situated on a triangular spur of land, surrounded by steep drops to an artificial loch and one of only a few surviving hall houses, it is definitely a castle worth visiting in the future to spruce up your Instagram feed. The interior is currently closed for conservation work, but you can still explore the exterior. 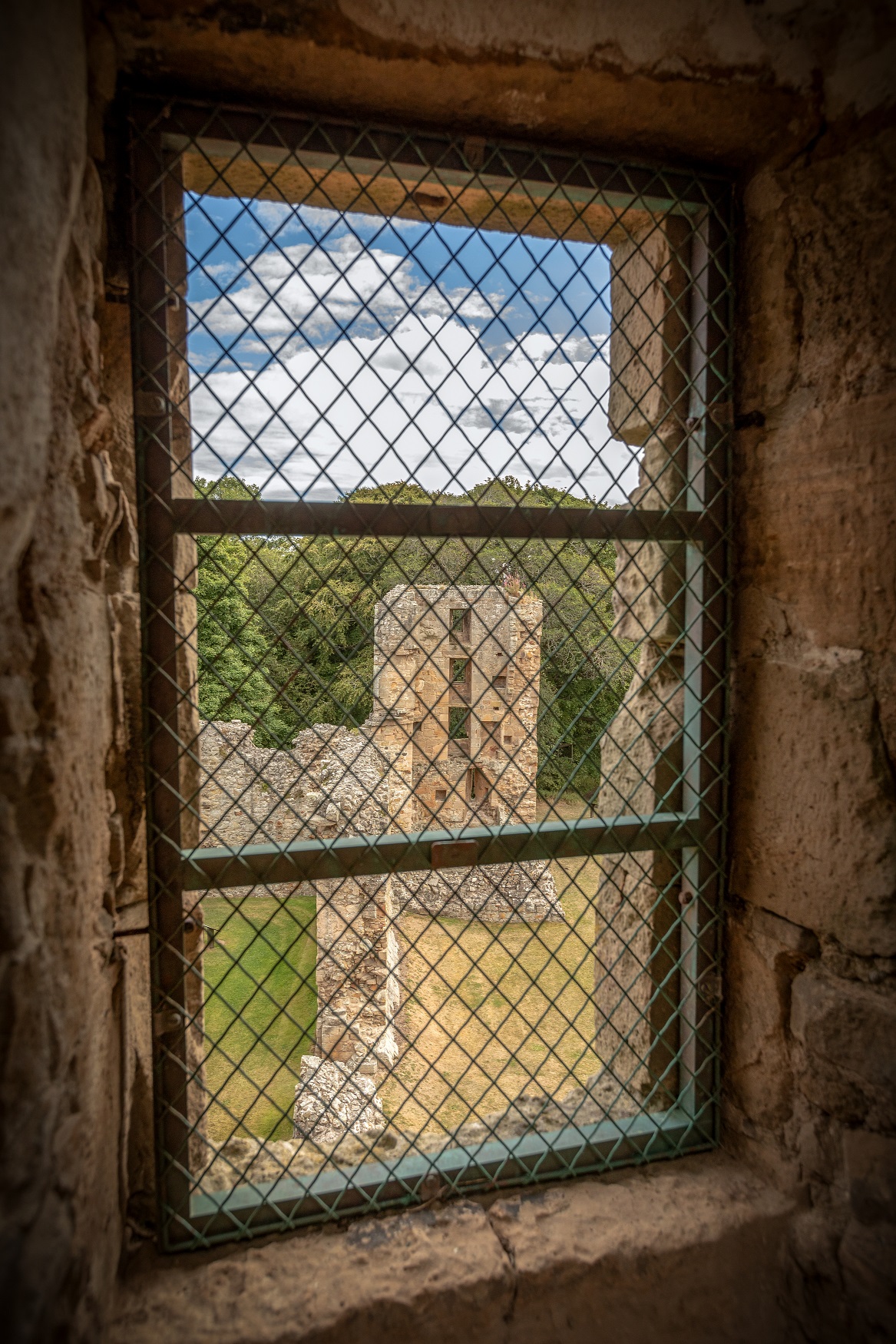 Once the residence of the bishops of Moray from the 14th century to 1686, for nearly 500 years the bishops enjoyed a relaxing stay here with only a short distance to their cathedral in Elgin. The palace was also known to have had a bowling green and tennis court. Today, one of the many highlights of visiting Spynie Palace is climbing up David’s Tower, the largest tower house by volume to survive in Scotland and where bishops once entertained kings and queens. Definitely worth a trip when the palace has opened its doors again in Spring 2021!

Set within 100 acres of parkland with breathtaking views of the Cheviot Hills, it’s no wonder that so many people marvel at Mellerstain House & Gardens’ magnificent structure. Regarded as one of Robert Adams finest works, the Georgian mansion house was built in two stages – two wings in 1725 by Scottish architect William Adam, followed by the construction of the large central block in 1178 by his famous architect son Robert Adam. Today Mellerstain House & Gardens showcases a grand collection of fine art, period furniture, china and embroidery collections. Although many outdoor contemporary art exhibitions were due to take place in the gardens, be sure to keep your eyes peeled for future events. 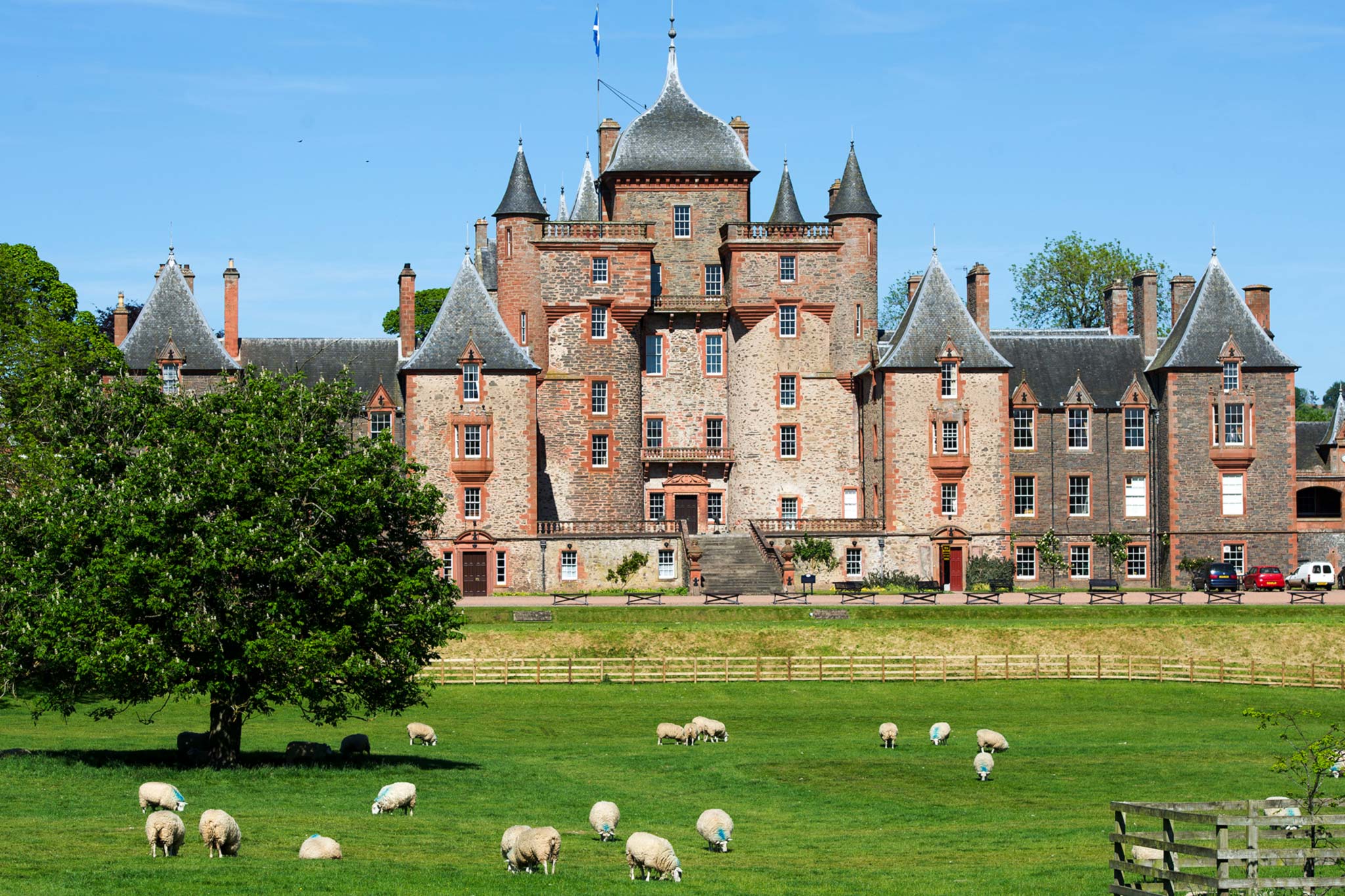 If you’re looking to visit another historic location, then look no further than Thirlestane Castle in Lauder! Once the ancient seat of the Earls and Duke of Lauderdale, Thirlestane Castle is one of the oldest and finest inhabited castles in Scotland and today continues to be the Maitland family home.

Marvel at the fine furnishings, pictures and Maitland family treasures, as well as the Entrance Hall being home to a collection of weapons dating from 1745, and the State Dining Room housing one of the largest collections of family portraits in the country. Bonnie Prince Charlie was also believed to have stayed at the castle in 1745 after the Battle of Prestonpans. Take a sneak peek of his room, or go on a journey through the ages to view a collection of historic toys from the Georgian, Edwardian and Victorian eras in the new School Room Toy Museum.

The house is currently closed to day visitors until 2021, however, the hotel in the South Wing has reopened if you’d like to stay here!

For all the history buffs out there, we definitely recommend that you put Traquair House on your bucket list of places to visit! This grand building is the oldest inhabited house in Scotland and was the most prominent house in South Scotland during the Jacobite era. One of the house’s most recognized features is the Bear Gates of Traquair, following the visit of Bonnie Prince Charlie when he was recruiting support in the autumn of 1745. The Earl gave his support and as he left the house and closed the gates, he vowed that they wouldn’t be opened again until a Stuart was back on the throne. The family, however, still awaits…

There are so many features to discover, including the collections of embroideries, letters and woodlands to explore. Traquair House even has its own brewery! Although it had fell into disuse for over 200 years, the brewery was rediscovered by Peter Maxwell Stuart, 20th Laird of Traquair, who began brewing again in 1965. If you’re looking for a new tipple to try out while at home, Traquair House Brewery produces a fine selection of traditional Scottish ales, available for all UK residents to buy here.

The Edwardian Manderston House really offers a sense of escapism to visitors with its scenic woodland location in the Scottish Borders. Built-in 1905, by architect John Kinross, for Sir James Miller, the finished building showed Kinross’s true attention to detail and quality craftsmanship with features including a beautiful ballroom, the only silver staircase in the world, and marble floors. The house even has a Biscuit Tin Museum of mainly Huntley and Palmer decorative tins. 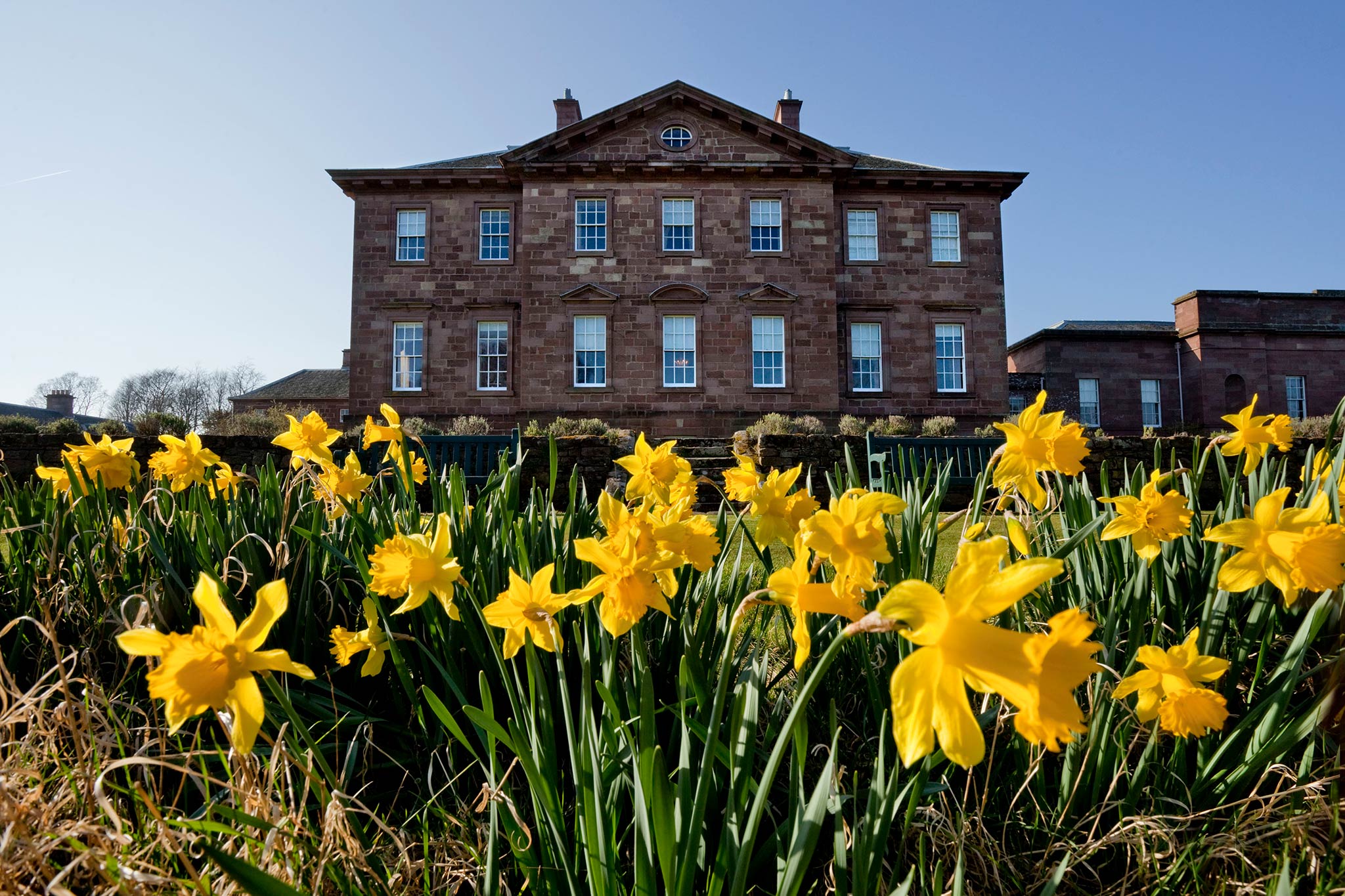 Set amongst 80 acres of stunning woodland, gardens and parklands overlooking the River Tweed, it’s no wonder that people continue to snap photos of this stunning neo-Palladian Georgian mansion. Situated on the border of England and Scotland, Paxton House was built in 1758 by John and James Adam, with the grand country house boasting a collection of Chippendale furniture and a collection of Regency furniture by William Trotter of Edinburgh.

The grounds are currently open and when the house doors reopen again, make sure to check out the magnificent picture gallery built by Robert Reid in 1814, where you’ll get to view masterpieces from the likes of Raeburn, Wilkie, Lawrence and many more! 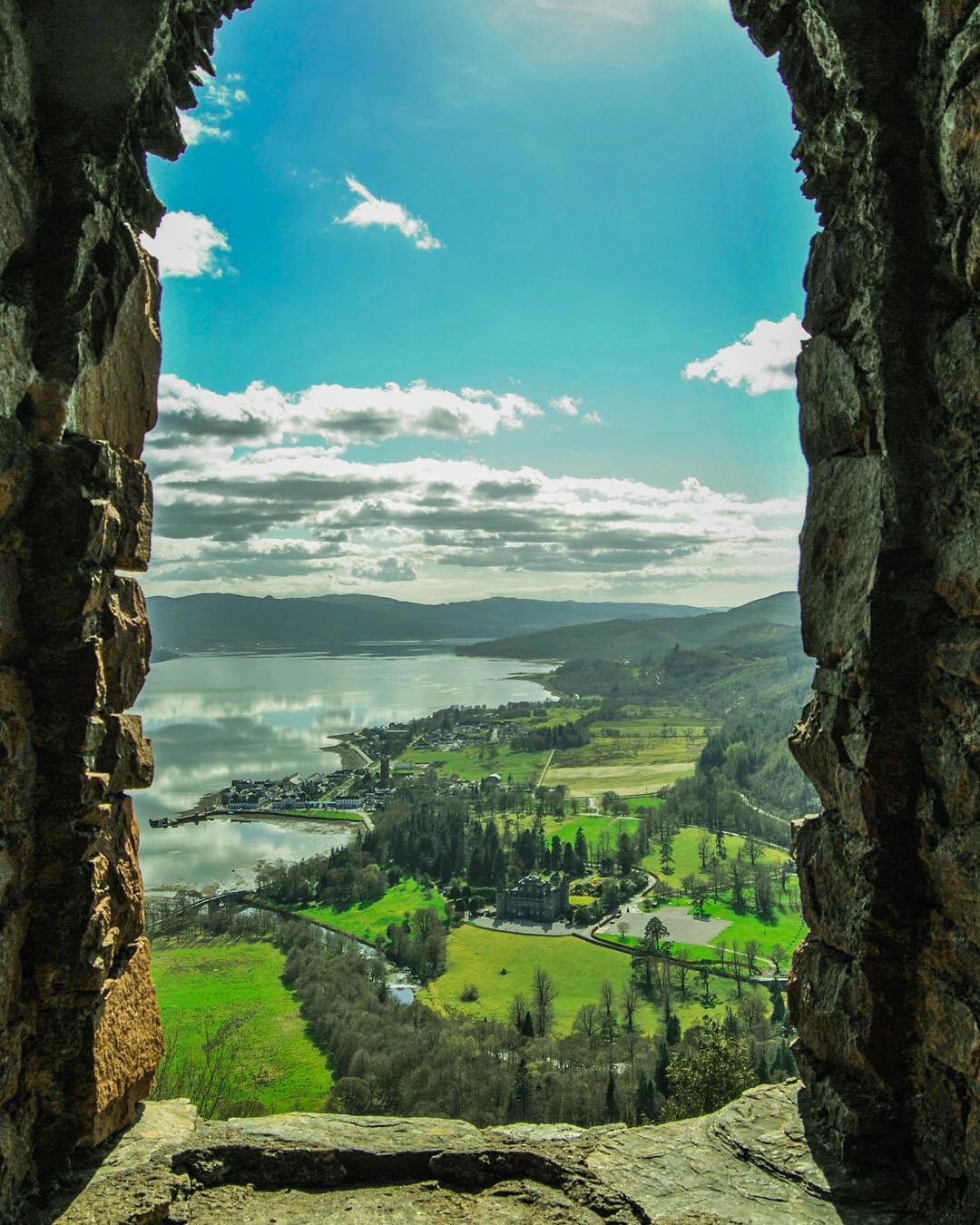 If you’re a fan of Downtown Abbey, then you will recognize this next attraction after it featured in the period drama’s 2012 Christmas special. Designed by Roger Morris and decorated by Robert Mylne, Inveraray Castle is the ancestral seat of the Dukes of Argyll and Chiefs of Clan Campbell, whose family have resided in Inverary since the early 15th century. The castle’s fairytale façade, enchanting interior and magnificent views from the Watchtower certainly make this place very magical! 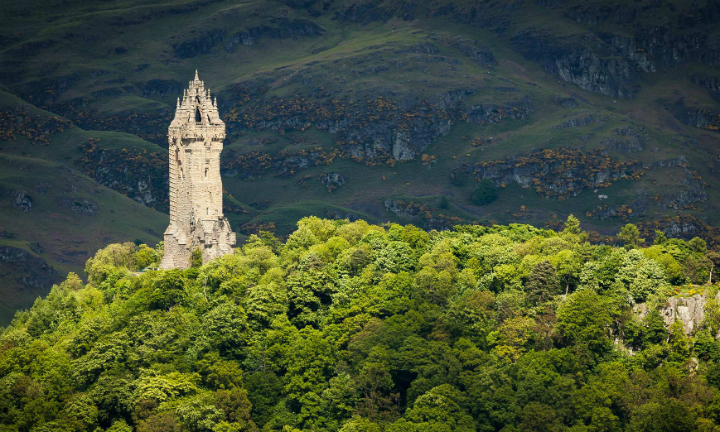 Designed by the Edinburgh-born Glasgow architect J. T. Rochead and built between 1861 and 1869, The National Wallace Monument is one of Stirling’s most distinctive landmark locations overlooking the scene of Scotland’s victory at the Battle of Stirling Bridge. There are more than 20 Wallace Monuments that are located across Scotland to commemorate him including the Wallace Monument at Dryburgh (1814) and Thomas Hamilton’s Wallace Tower in Ayr (1833).

We hope that you have enjoyed reading our round-up of Scotland’s most historic home views! Can’t get enough of Scotland? Why not download some of our favorite pics for your desktop wallpaper or have a browse through stunning images for future travel inspiration.

If you want to experience Scotland in all its glory from the comforts of your own home then make sure to check out our top recommendations from virtual festival experiences to learning Gaelic – we’ve got you covered for entertainment!