Those of you who have Germany on your travel bucket list probably dream about enchanting castles, alpine views, the wild Berlin nightlife, and Oktoberfest. But what if you venture off the beaten path? The country is studded with small magical towns who spread their share of fairytale-like vibes with winding cobblestone alleys, medieval townhouses, and countless memorable photo stop. Here are 11 magical villages in Germany you need to visit at least once. 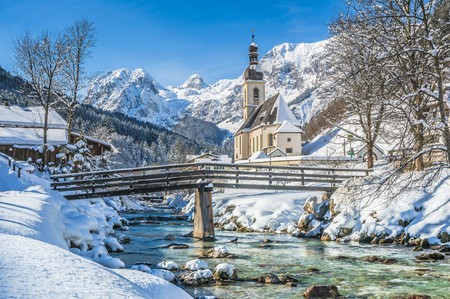 The Berchtesgadener Land district in the southeastern corner of Germany is all about the scenery. Ramsau, a village with a population of just about 1,800 people, lures people to the German Alps with amazing vistas: among the delights here is the purling river which runs past the onion-domed church, the tranquil Königssee and Hintersee lakes, and the majestic Watzmann massif in the background. With snowfall, the entire region transforms into a winter wonderland before vast meadows become flower fields in spring and summer. 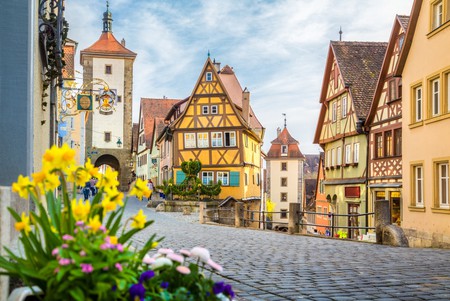 What most consider to be the epitome of a German fairytale village is often a scene straight out of the medieval era. The old town of Rothenburg is a web of winding cobbled alleys which are seamed with immaculately-preserved half-timbered townhouses shining in all colors, and which regularly makes the list of Germany’s prettiest towns. The fairytale atmosphere doesn’t just draw the crowds in the summer months and over the Christmas period, but also cast a spell on the filmmakers of Harry Potter and the Deathly Hallows Part 1 and 2. 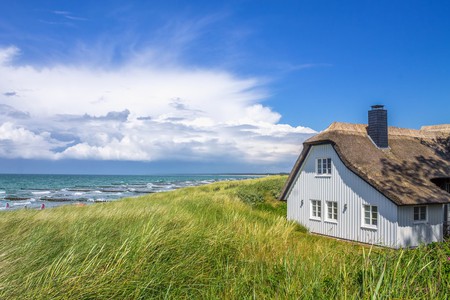 A salty breeze, the sound of the waves of the Baltic sea, and enchanted thatched-roof cottages along the shoreline are the essence of Ahrenshoop. Once a low-key fishing village, Ahrenshoop has established itself as a popular resort town but without losing its charm. The small village of only 637 people occupies a spot on the narrow peninsula about an hour north of Rostock and is the perfect base for a relaxed weekend’s worth of dune walks, birdwatching, cycling, and exploring the versatile landscape of the nearby Western Pomerania Lagoon Area National Park. 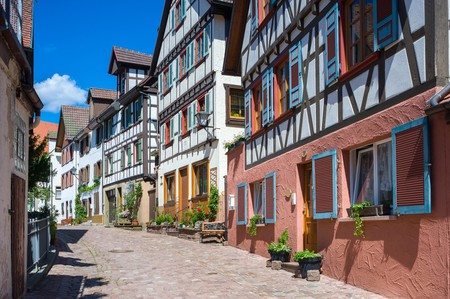 The dense forests, extensive hiking trails, and high-end spa hotels are the biggest draws to the Black Forest, but there’s more to discover. If you venture to the eastern part of the national park, don’t miss out on Schiltach, an idyllic little village that curls up to the Kinzig River. Its historical old town is composed of medieval half-timbered houses which have earned the town a spot along the renowned Timber-Frame Road which celebrates the most picturesque historical town in the country. 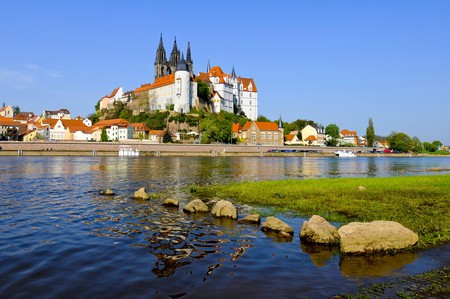 What often first springs to mind when Meissen is mentioned is high-end tableware and crockery, owing to the fact that the long-established and prestigious Meissen porcelain factory has its roots here. What many don’t know is that there much more to the village than delicate china. Meissen is studded with imposing architectural sights from throughout its 1,000-year-long history, most notably Meissen Cathedral and Albrechtsburg Castle – the oldest castle in Germany – which overlooks the historic town and the surrounding vine-clad hills. 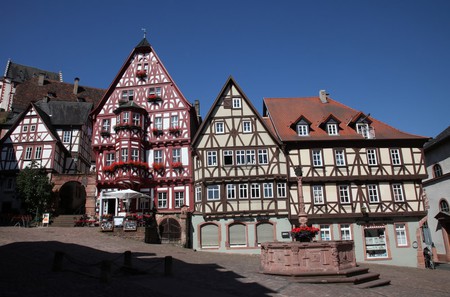 An hour away from both Frankfurt and Würzburg, Miltenberg lies at the Main River – once a strategically important location that drew the Romans to the site as early as 155 AD. Today only ancient ruins testify to the early settlement, which then developed around the 1200 Miltenburg fortress. The town itself charms with half-timbered houses, a historic market square, and scenic views of the Main River. 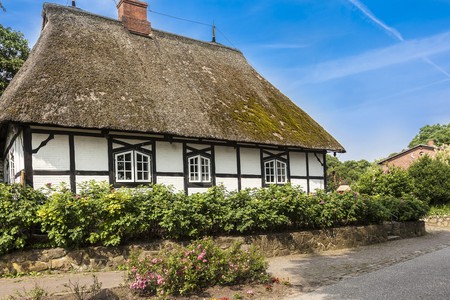 Sieseby is a real gem of a town known for the stunning white thatched cottages divided by lush rose bushes and hedges, as well as a maritime flair that naturally comes with being located at the Schlei Fjord, an inlet of the North Sea. Life up here is slow-paced – those who visit enjoy wallowing in the tranquillity by cycling or renting a small boat for the day. 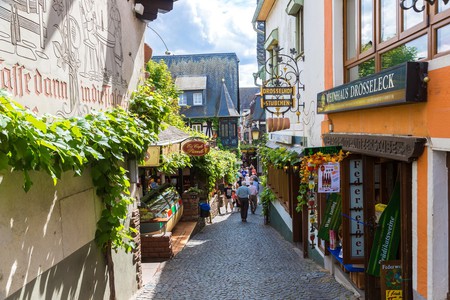 That the Rhine River is the most romantic of German waterways is no secret, and between Bonn and Rüdesheim the landscape shines in all its glory with vineyards, hills crowned by castles and ruins and scenic vantage points. Rüdesheim itself is a quaint town centered around the charming Drosselgasse and its historical buildings, lovely wine taverns, and traditional restaurants. In any case, Rüdesheim is the perfect village to immerse yourself in German wine culture. 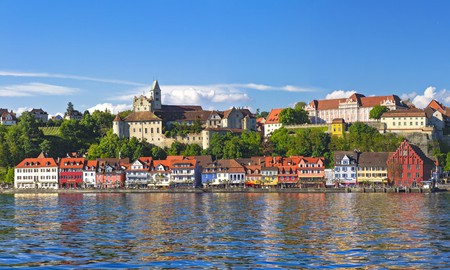 Lake Constance is encircled by several stunning German, Swiss, and Austrian villages and cities, but the small Meersburg is particularly charming. The lakeside views and alpine panorama aside, wandering around the old town here holds some picture-perfect vistas as well. Much of the fairytale-like flair is owed to the twisting alleys, timber-framed houses, and the 7th-century Alte Burg castle which towers on a hill on the town borders. 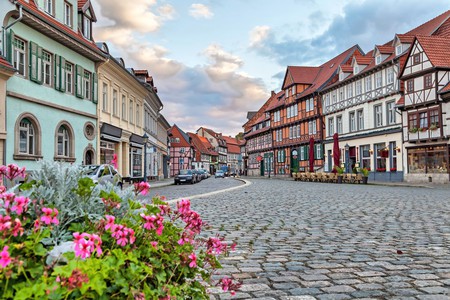 The Harz Mountains rank among the most beautiful German landscapes, no doubt about that. Besides the large network of hiking trails and cycling paths, ski slopes, bizarre rock formations, and forested areas, the region is known for some wonderful towns. Quedlinburg might just be the most magical of all, thanks to a townscape of higgledy-piggledy houses, gabled roofs, and cobbled roads. 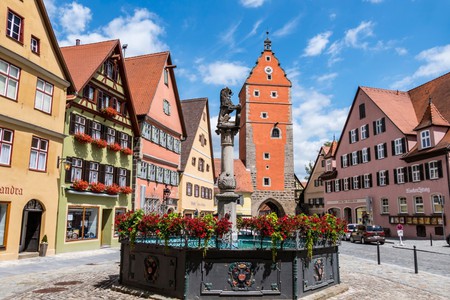 Somehow, Dinkelbühl escaped the World War II bomb raids, and the medieval town center came out unscathed. Located halfway between Nuremberg and Stuttgart, the small town attracts day-trippers from both hubs looking to travel back in time and look down at the pristinely preserved facades from the remnants of the ancient city walls. Seeing the town illuminated by the festive lights of the annual Christmas markets is extra magical.

Discovering Germany Through Its Music