Australians love to abbreviate their words. Is it because we are lazy? Perhaps. But for the most part it’s because we enjoy having a good yarn (chat) so often, we wouldn’t get anything done if we didn’t leave out a few syllables here and there. If you find yourself in a bind (a difficult situation), this list will have you fluent in abbreviated Australian in no time.

Let’s start off with an easy one. Barbie is an abbreviation for barbeque, one of the most beloved Australian pastimes. If someone invites you over for a barbie, it means they want to forge a connection and deepen the bond you already share. It’s the ultimate occasion where mateship is truly formed. 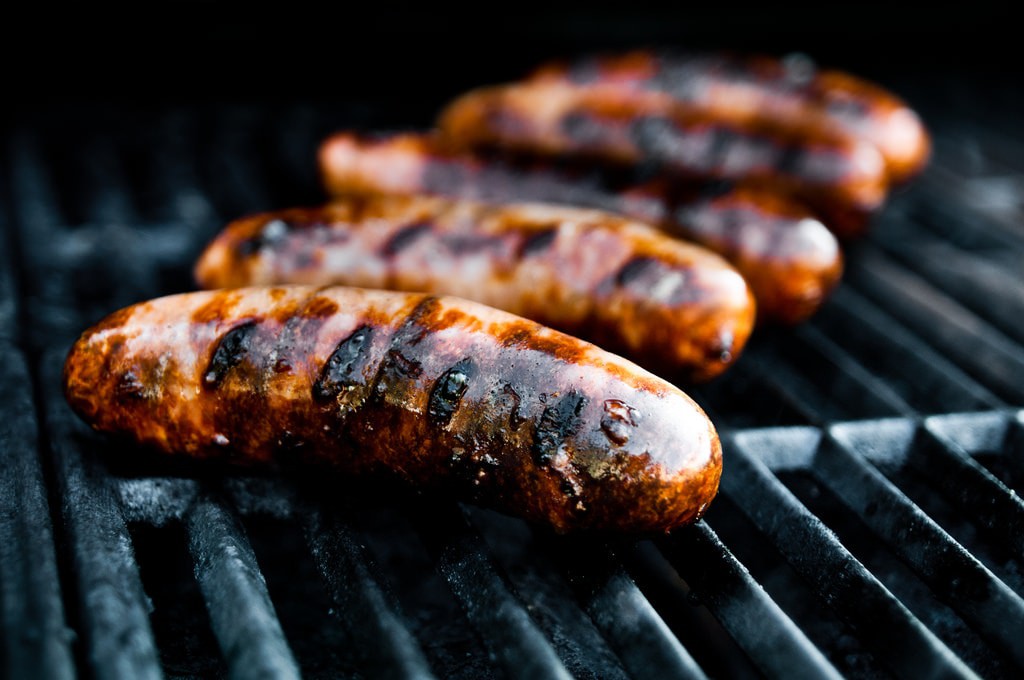 “Want to come over this arvo for a barbie, mate?” “Yeah, mate, I’ll bring the snags.” | © Christopher Craig / Flickr

An abbreviation for God’s gift to the world – avocado. The best way to eat this divine fruit is on toast, with vegemite, and slices of avocado nestled on top. Add some cheese if you really want to be a bit crazy. Finish with salt and pepper to taste.

No, it’s not just a short version of the name Christine. ‘Chrissie’ is the abbreviation of a very popular holiday around the world – Christmas. Whether you’re celebrating it in the true Aussie way – sweltering through a cold seafood Christmas lunch – or sipping mulled wine by the fire while waiting for the roast to cook in European style, Australians celebrate Chrissie no matter where they are in the world. 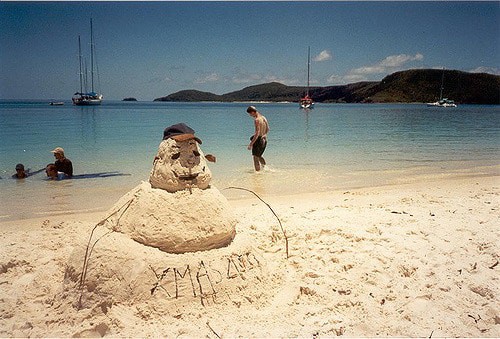 “Yeah, we decided to just spend Chrissie at the beach this year!” | © Mark Goble / Flickr

This one saves a lot of time. Servo is short for service station, where one can fill up with petrol (or petty), grab a snack, go to the loo, pump up the tyres, wash the windshield, and then hop back in the car and head on your way.

Not the most imaginative of terms, but definitely one of the most ubiquitous. No one ever calls brekkie ‘breakfast’ anymore – what a waste of time. Even cafes and restaurants have embraced it on their signage, offering a Big Brekkie, Veggie Brekkie or a Brekkie Roll as part of their menu. 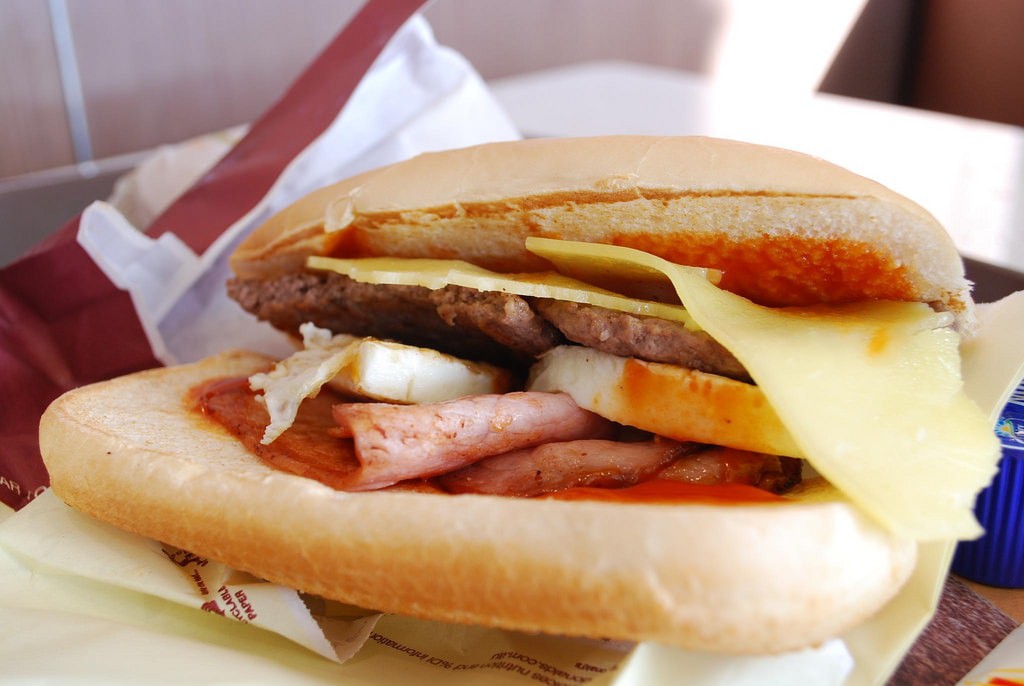 “I’m hung as after those beers last night, let’s go get a brekkie roll.” | © Alpha / Flickr

Here is where Aussies became super daring, and started abbreviating nouns. Ambo is interchangeable, and can apply to either an Ambulance vehicle itself, or the person driving said vehicle. Don’t get confused if you hear someone say ‘the ambo driving the ambo told me’ – just mull it over and it will click. Eventually.

A respected institution within the country. Tradie is short for tradesman, an umbrella term for anyone skilled with their hands – plumbers, carpenters, electricians, cabinet makers, glass-blowers, panel beaters, butchers (but not bakers) and candlestick makers. Not just anyone can be a tradie; you must study the trade as an apprentice for four years before becoming a fully qualified tradie.

An abbreviation for the word devastated. ‘Devo’ sounds like quite a downhearted word in itself, so Australians went that extra step further and cut a few syllables off. There is a spectrum of being devo – for example, you can be devo the surf wasn’t all that great, or you can be devo your sister just passed away.

Means ‘bring your own’. It can cover many classifications. BYO to a backyard barbie might mean boxed wine and a few tinnies, while if you are visiting a BYO restaurant or establishment, something a little fancier – that comes in a bottle – may be required. Ultimately, Aussies love a good BYO because it saves a lot of hard-earned money. 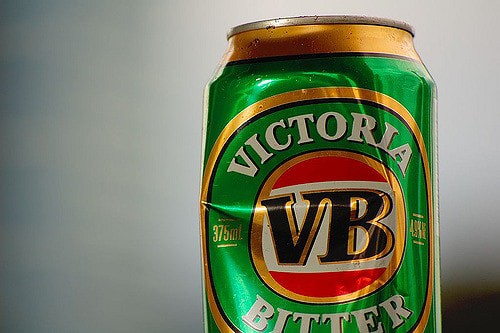 A big, nasty piece of work. Imagine sitting outside in the sun, trying to enjoy your tinny, when a big, buzzing insect comes soaring around your face. You try and swat it away and end up spilling half your tinny in the process. Brute. It’s classic blowie behaviour – short for blowfly.

An Australian classic. Maccas is short for popular fast food chain McDonalds. While established in the United States, Australia really embraced the restaurant by christening it with a true-blue abbreviation. Rarely called by it’s full name by any Aussie, next time your mate asks if you want to go to Maccas, you’ll know they mean the restaurant, and not some bloke down the street called Macca. 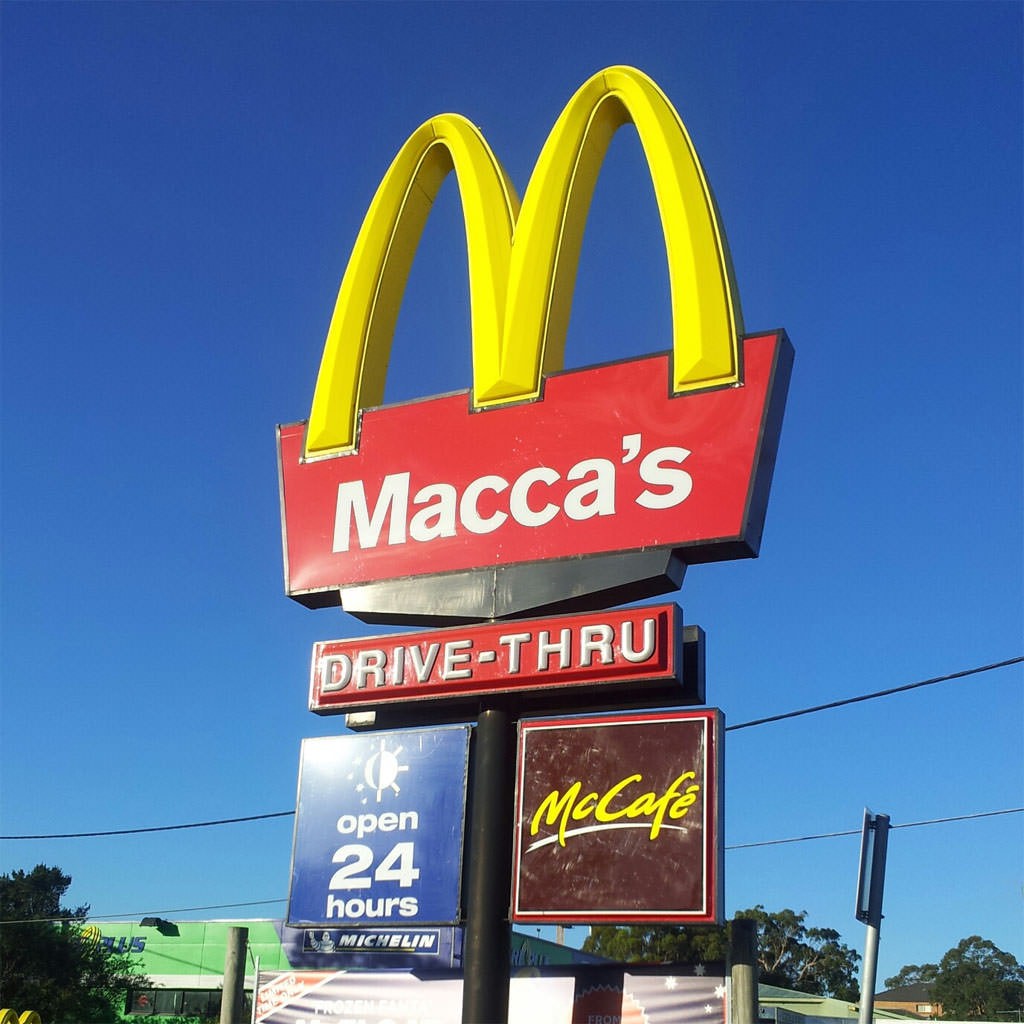 ‘Shazza and Dazza listened to Akka Dakka as they made their way to Maccas.’ | © Maksym Kozlenko / Wikicommons

25 Best Places to Visit in Australia