Edinburgh has its fair share of quirks. Whether you visit in the heady heights of summer during the bustling Edinburgh Fringe, or in the depths of winter for a wild Hogmanay, it pays to be prepared.

There’s more to Edinburgh than meets the eye. The Scottish capital has its own accent and vocabulary, and even its own weather system, with the chilly fog (or haar) that rolls in from the sea. Prepare yourself to negotiate the hills, tills, kilts and cobbled streets of the city with this beginner’s guide.

(Most) souvenir shops on the Royal Mile should be avoided

The Old Town’s main drag is the resplendent Royal Mile, which leads from the high castle crags down to the Scottish Parliament and Holyrood Palace, via some of the finest Medieval buildings you’ll ever see. Many are now home to spectacularly naff souvenir shops, where tartan tat lays spurious claim to historical accuracy. Items tend to be overpriced and generally of poor, mass-produced quality. Give them a swerve and do your shopping elsewhere. There are a couple of notable exceptions – Ragamuffin sells beautiful Scottish and Irish knitwear, while historic Cadenhead’s Whisky Shop is one of the best places in town to buy souvenir Scotch. 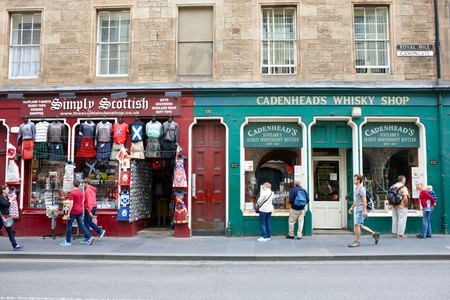 English money is legal in Edinburgh

Both Scotland and England use the pound sterling. While Scotland produces its own distinctive banknotes – with images including Scottish heroes such as poet Robert Burns and missionary explorer Mary Slessor, various castles, otters and mackerel – you can also use them south of the border. Likewise, English notes (arrayed with luminaries such as Dickens, Shakespeare and Jane Austen) are accepted as legal tender in Scotland. And don’t let anyone tell you different! In Scotland, you’ll be fine, but you may encounter raised eyebrows if you come back down south with Robert the Bruce in your pocket.

Men in Scotland sometimes wear the kilt, a thick, pleated skirt made of wool in a tartan chequered pattern. These days, they are mostly worn for weddings or ceremonial occasions, or by busking bagpipers. But sometimes they are worn simply because they can look good. The outfit originates in the plaid cloaks of Highland Scotland, clothing which was banned after the defeat of the Jacobites in 1745. The current version, much loved by Queen Victoria, was pretty much a reinvention of the 19th century, whose aesthetics are reflected in the fussy accouterments of sporran (a belt-like manbag) and frilly shirt. If you fancy investing in one yourself, a kilt by a respected retailer like Hector Russell will set you back around £300, while for a glammed-up designer version try 21st Century Kilts (check out their £700 denim number). 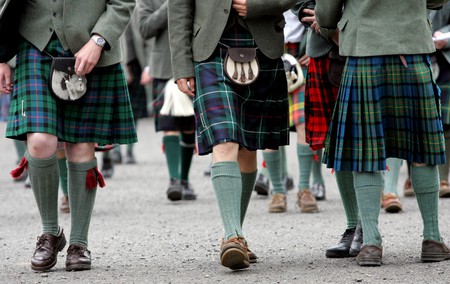 Locals grumble about the festivals

Locals like to grumble about the Edinburgh festival season when the city’s population more than doubles with visitors in search of theatre, music, comedy, dance and a vibrant atmosphere. Established back in 1947, the International Festival features more established (though often avant-garde) performances, while the Fringe is a messier jumble of acts, some in big venues but some on the street or in hastily converted shops or cellars. It can be hard to walk down the streets due to the crowds during the loud and inescapable festival period. But it also wonderful and unmissable (and don’t let the locals tell you otherwise).

Nobody goes to Scotland for the balmy weather. And the presence of the sea in Edinburgh can give the air an added nip, as well as creating the fog that makes the city look very Dr. Jekyll and Mr. Hyde (author Robert Louis Stevenson may have set his Gothic psychodrama in London, but it was inspired by his hometown, Edinburgh). You’d be wise to adopt the maxim that there’s no such thing as bad weather, only unsuitable clothing. Take a sweater and a waterproof jacket. And if the sun does shine on this handsome city it’s a bonus, not a given. 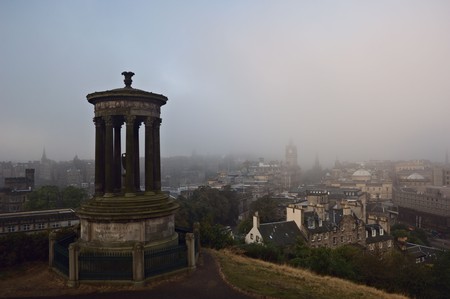 Avoid Edinburgh during the festival (if you’re not attending it)

It’s especially hard to find accommodation in Edinburgh during festival time when many canny locals rent out their space and vacate the crowded city. Book well ahead! And bear in mind that you don’t have to be in the heart of the action to have a good time – areas such as leafy Stockbridge and gritty/gentrified Leith are well connected by bus or attractive walking routes to the center. Otherwise, Edinburgh is a tale of two cities – you can choose between the Old Town (ancient and hilly with cobbles and narrows closes) or the Georgian New Town (spacious and sweeping with wide crescents and avenues).

If you’re traveling to Edinburgh from London or other UK cities then you’re best advised to travel by train – book in advance for affordable tickets. The route up the east coast from London takes you through York, Durham, Newcastle and Berwick and along a stretch of wild coastline. It’s dramatic and speedy (4–5 hours) and deposits you in Waverley Station in the heart of the city, neatly between the Old and New Towns. The new Caledonia Sleeper service features comfy twins and double beds, or you can sleep in reclining chairs. Otherwise, travel by day and watch some stunning scenery glide by. 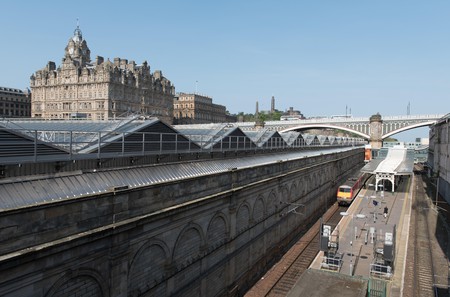 You’re not in England anymore!

Scotland is very much its own country, though it is not technically independent from the United Kingdom and much of the governance of the country is done from the UK parliament in London. The country does have a devolved government and a beautiful modern parliament building, which sits under the crag of Arthur’s Seat – it’s well worth a visit, both to admire the architecture and to find out more about the spirit of the nation. Nationalism and independence are emotive subjects in Scotland, but just be sure not to refer to the Scots/Scotland as English/England and you’ll be fine.

A Sunday tradition in Edinburgh is to hike up Arthur’s Seat, an extinct volcano which, remarkably, sits virtually in the middle of the city. Though strictly speaking a hill, it has the presence and appearance of a mountain and its form has often been compared to that of a lying lion. A straight up-and-down walk to the top of the Salisbury Crags rewards you with dazzling city views, or you can stretch your legs further to take in a couple of lochs (the Scottish word for lake) and the Sheep Heid Inn in Duddingston Village, which dates back to 1360 and is said to be the oldest pub in Scotland. 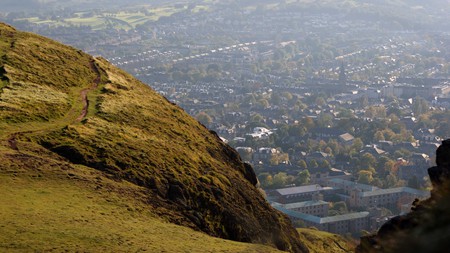 Try not to leave Scotland without dancing at a ceilidh (pronounced ‘kay-lee’). Though it’s strictly speaking a Highland Gaelic form of entertainment, you’ll find plenty of ceilidh opportunities in Edinburgh. There’ll be a live band playing irresistible fiddle music, a band member calling the dance steps and perhaps some singing and storytelling. Partner up with the nearest available person and fling yourself around the dance floor.

Should You Stay in Edinburgh’s Old Town or New Town?