Canada’s massive size, stretching over 9,984,670 square miles, is the perfect breeding ground for food diversity. Couple that with the country’s propensity to do things a bit differently and you’ve got an abundance of enticing food and drink options that are truly unique and often downright strange.

For hungry and thirsty adventurers, these 10 highlights are well worth a spot on your culinary bucket list: 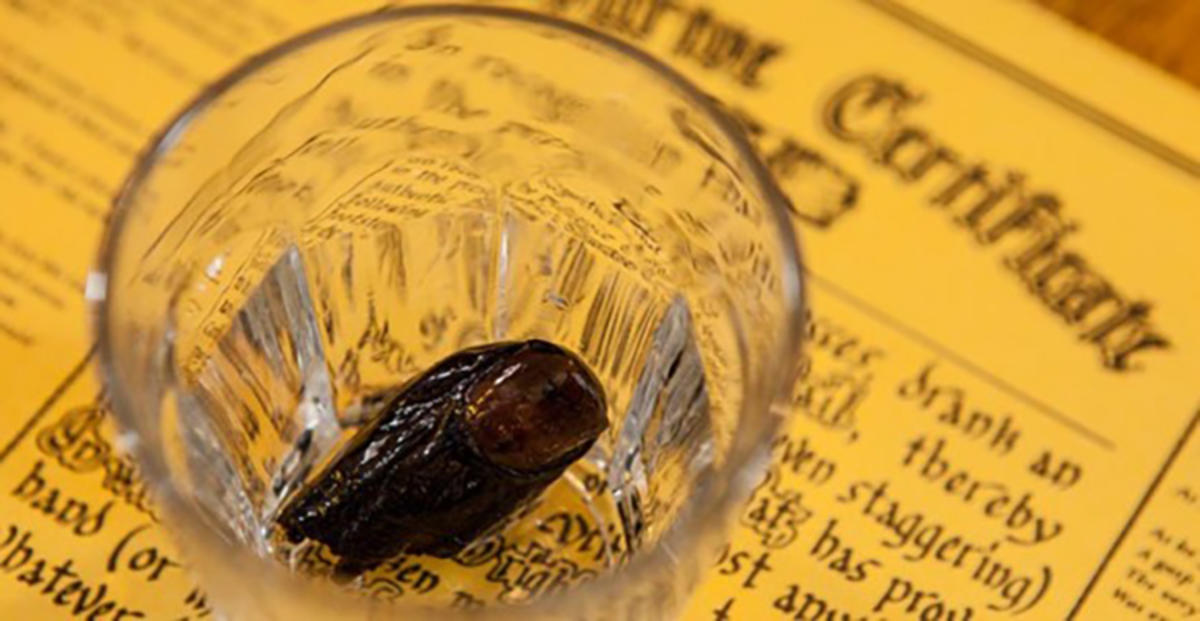 In Dawson City, Yukon, Canada’s far northern reaches, since 1973 visitors have been lining up to partake in a weird ritual – chugging a shot of alcohol (your choice), garnished with a real, dehydrated human toe from the Downtown Hotel. Opt for Yukon Jack, a potent liqueur with a delicious sweet burn that makes the shriveled, leathery toe downright tolerable. In order to become an official member of the Sourtoe Cocktail Club (yes, there is a certificate of achievement), the toe must touch your lips. Don’t swallow it though as that will earn you a fine of $500 CDN. (It has been known to happen and fortunately, there are always spares on hand.) 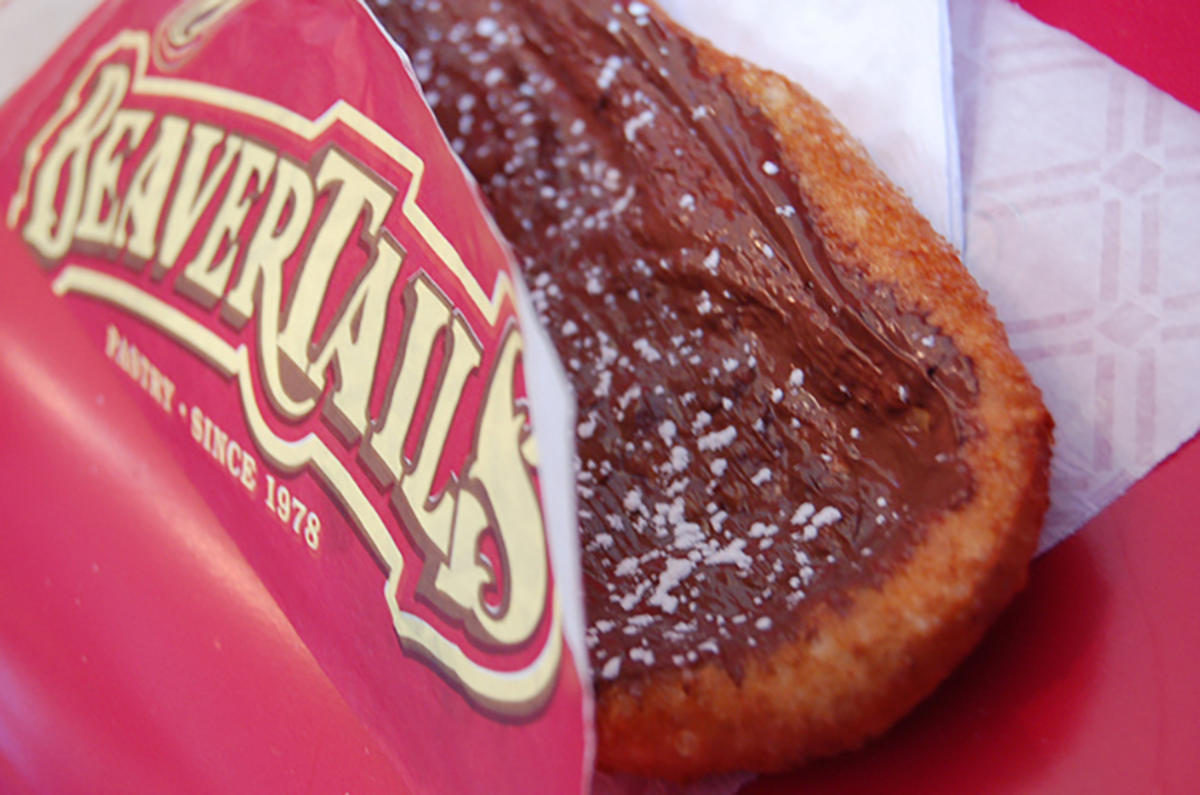 You may be relieved to learn that these beaver tails contain no real animal (or human) parts. Made to satisfy your sweet tooth, these long flat slabs of fried dough are made with whole wheat flour and topped with yumminess like hazelnut spread, Reese’s Pieces, peanut butter or cinnamon and sugar. Ottawa, Canada’s capital, is famous for spawning the first ever retail location of BeaverTails, but thanks to their growing popularity, are now sold in the U.S., South Korea and Japan. They even made news in 2009 when President Obama stopped by the Byward Market to pick up some of these sweet treats on his way home. 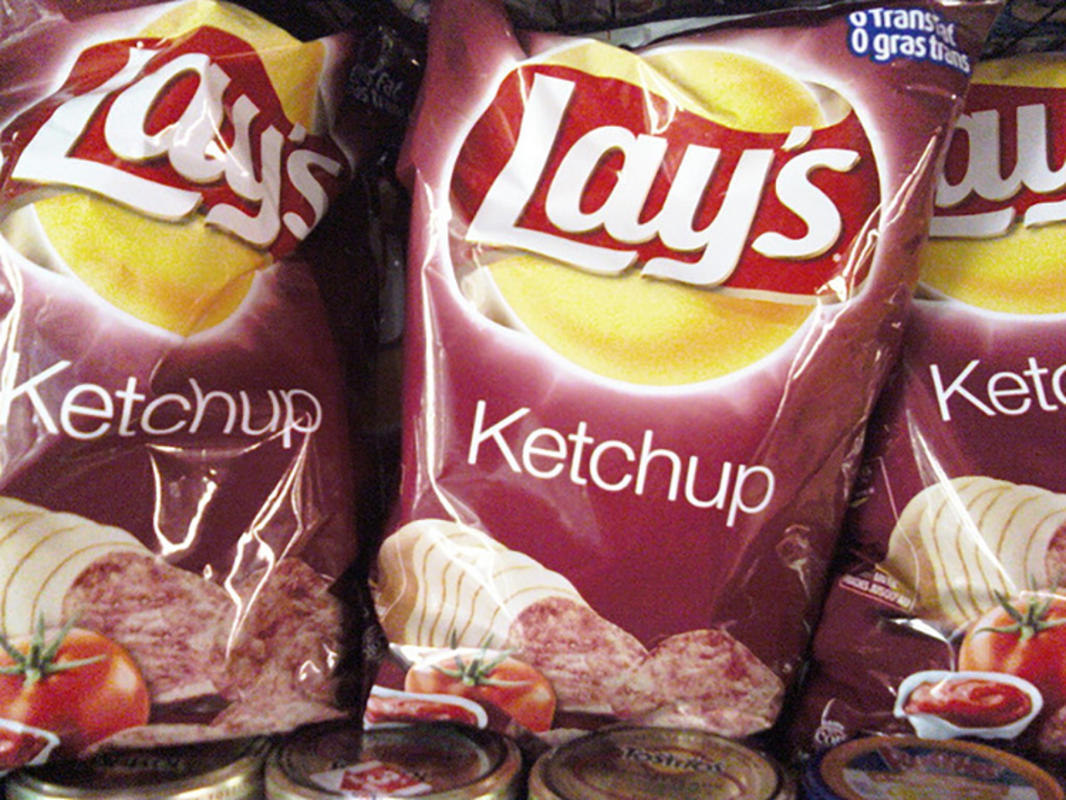 There must be something in the water because Canada has quite a few potato chip varieties that aren’t available anywhere else, but ketchup chips are a cult phenomenon in the Eastern part of the country. A symphony of tangy, sweet and salty flavors makes this one a binge-worthy snack. Also be on the lookout for Lay’s Fries with Gravy, or Roast Chicken. You may also find Atlantic Lobster-flavored chips made by Covered Bridge in the New Brunswick area. 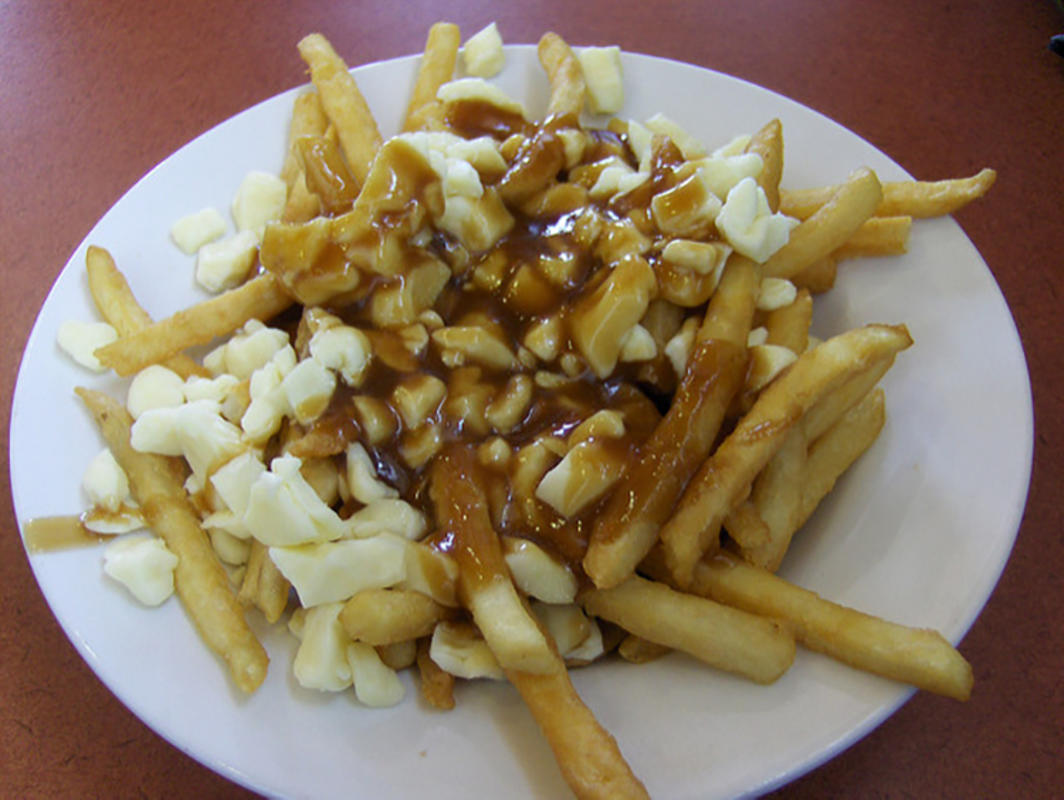 On paper, a mix of French fries, cheese curds and gravy seem like strange bedfellows; but with one savory bite, it’s hard not to become a fan. Though the origins of poutine are a bit foggy, a Quebec restaurant called Le Café Ideal seems to take most of the credit for inventing the dish. Once considered casual, take-out fare – even some McDonald’s locations sell it – poutine is now on the menu of fancy restaurants topped with items like pulled pork, lobster or even foie gras. It’s a tasty, cheesy mess no matter how it’s made and a Canadian classic to boot. 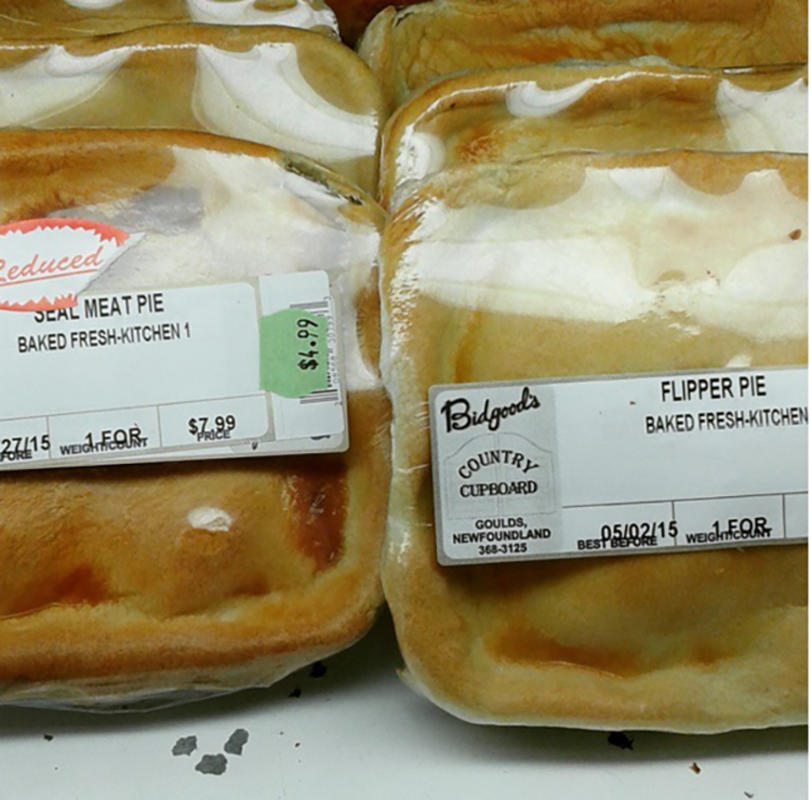 Right up there with controversial topics like religion and politics, in Newfoundland and Labrador, foodies look forward to a heaping plate of flipper pie, made with the flippers of harp seals hunted for their meat every spring. Locals (and celeb chefs like Anthony Bourdain) argue that’s it’s a sustainable, healthy source of protein whereas humanitarians claim it’s unethical and barbaric. You could just let your palate decide. The meat has a gamey, earthy taste with a hint of the sea. It’s a love it or hate it proposition for sure, but an experience you won’t soon forget. 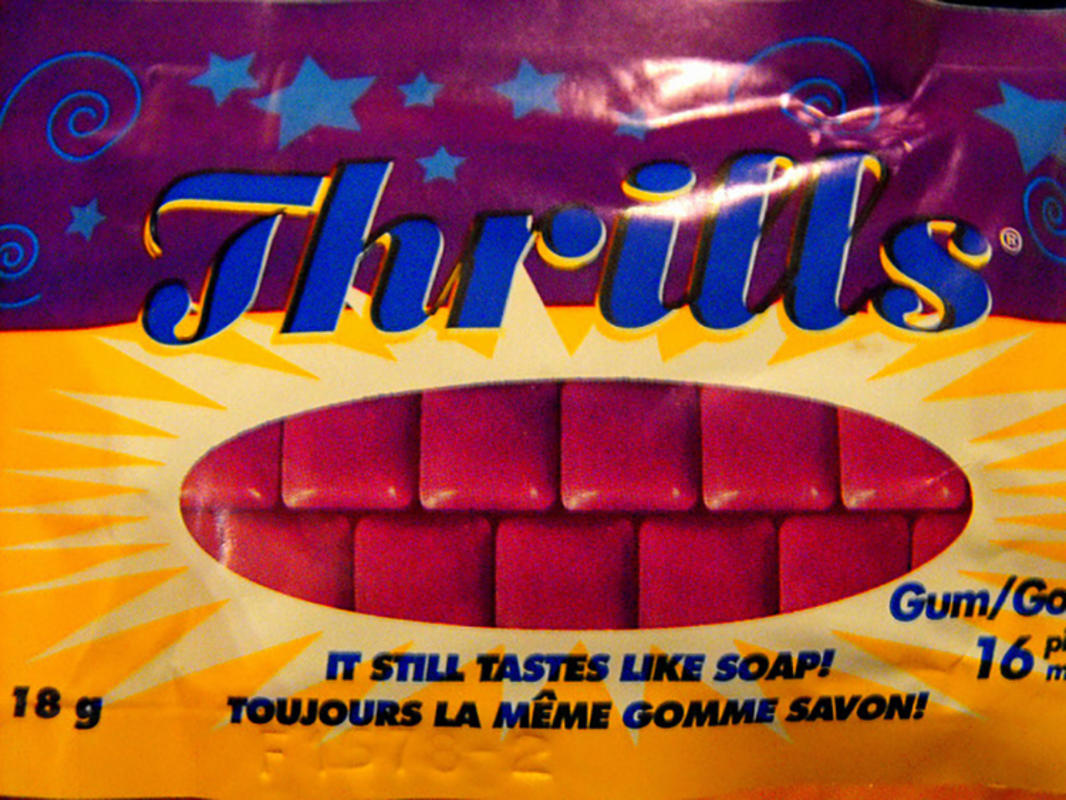 Remember when your mother threatened to wash your mouth out with soap and water? Thrills Gum took that saying to the next level, proclaiming their gum, “tastes like soap.” Created in 1935 by O-Pee-Chee in London, Ontario, the deep purple gum is now made and imported in Spain, but still carries the odd-but-not-unpleasant flavor. Described by it’s makers as floral rosewater, we’ll let you be the judge. 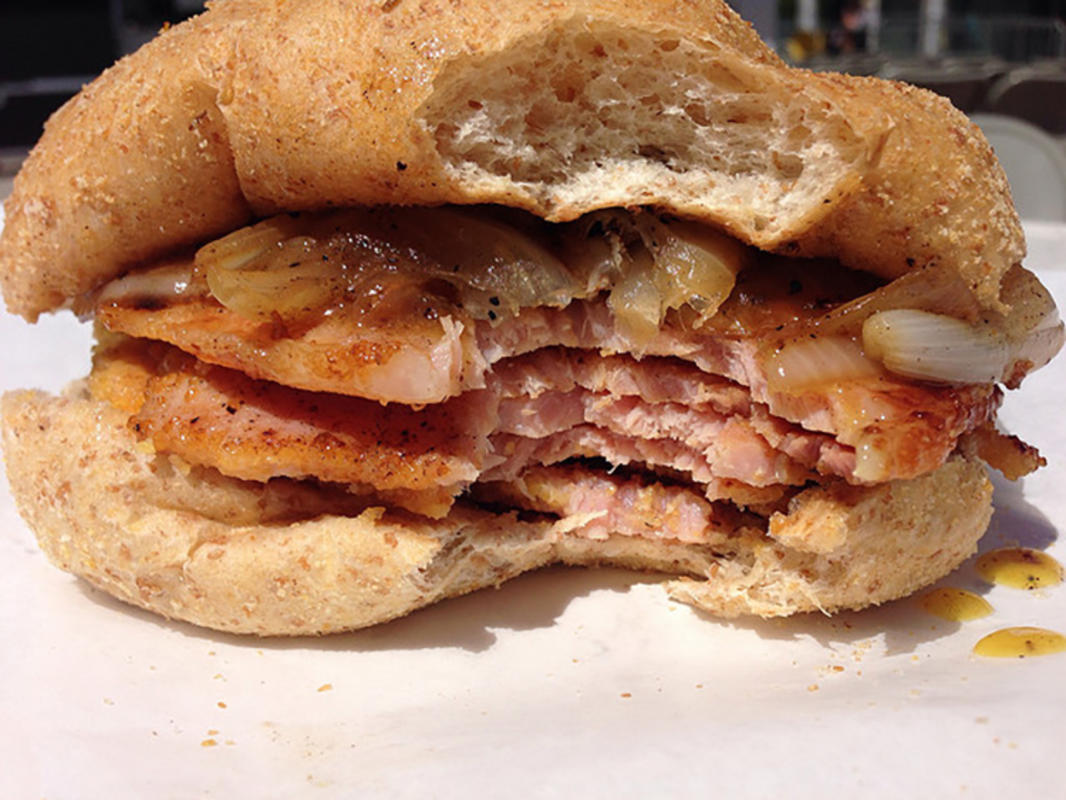 Coating pork loin in corn meal doesn’t sound very sexy, but to bacon lovers, it just might be the greatest thing since sliced bread. A less fatty option of the tasty protein, Toronto is the epicenter of all things peameal bacon. Its Canadian roots run deep, dating back to the mid 1800s when shipping fresh pork to England before the days of refrigeration was risky business. Curing it with plenty of salt and rolling it a fine meal made of yellow peas ensured the meat was edible upon arrival. The most delicious variation may be found grilled and served on a bun at Carousel Bakery in St. Lawrence Market. 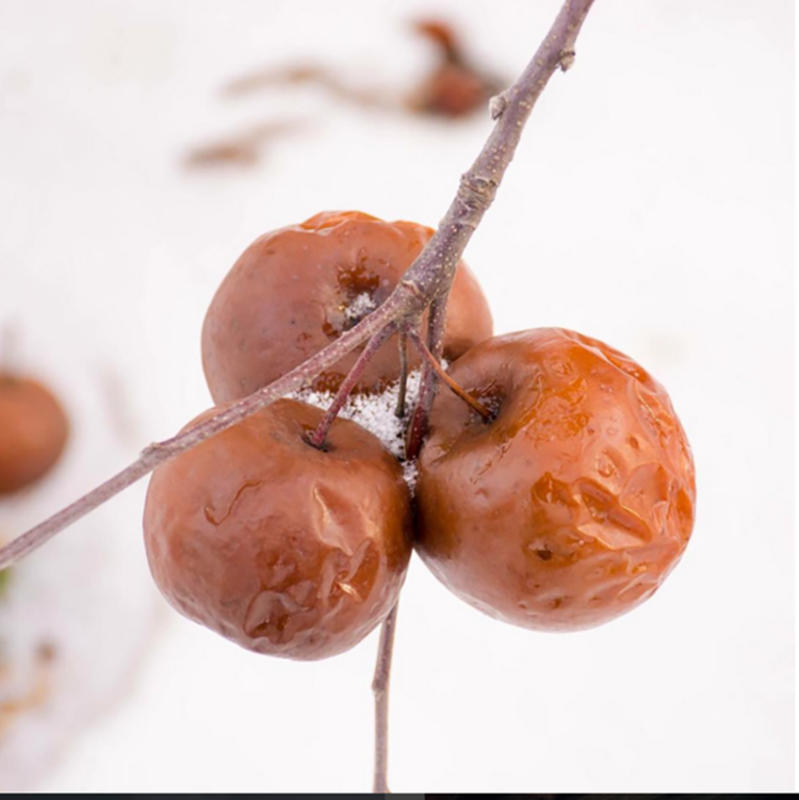 Canada is famous for its icewine that comes from grapes picked off frozen vines in winter. Lesser known is ice cider, which is a less sweet and more tart beverage. First created in Quebec using from apples frozen on the tree branches, the drink is catching on in a big way with Vermont following suit. Try the cider in la belle province at Neige from La Face Cachée de la Pomme and Domaine Pinnacle. Paired with cheese a fruitty dessert, they make an excellent palate cleanser or wickedly good martini. 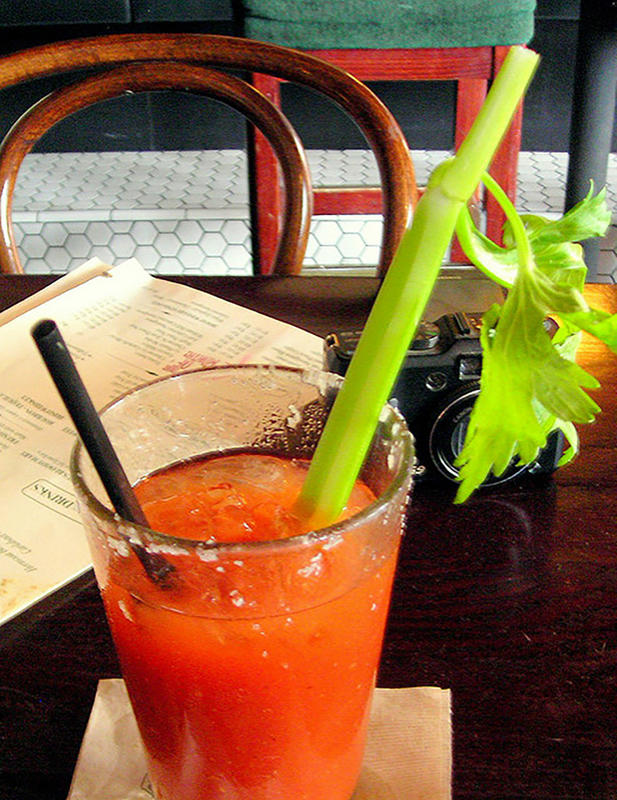 If you order a Caesar in the United States, you’re likely to get a garlicky salad adorned with croutons and parmesan. In Canada, your Caesar is served in a glass as a twist on the classic Bloody Mary. The Canuck version, invented in Calgary in 1969, uses clamato, a seaworthy mix of clam and tomato juice that’s been blended with vodka, hot sauce and Worcestershire sauce, and garnished with a celery stalk. An estimated 350 million Caesars are consumed in Canada annually, which coincidentally, is also touted as a hangover cure. 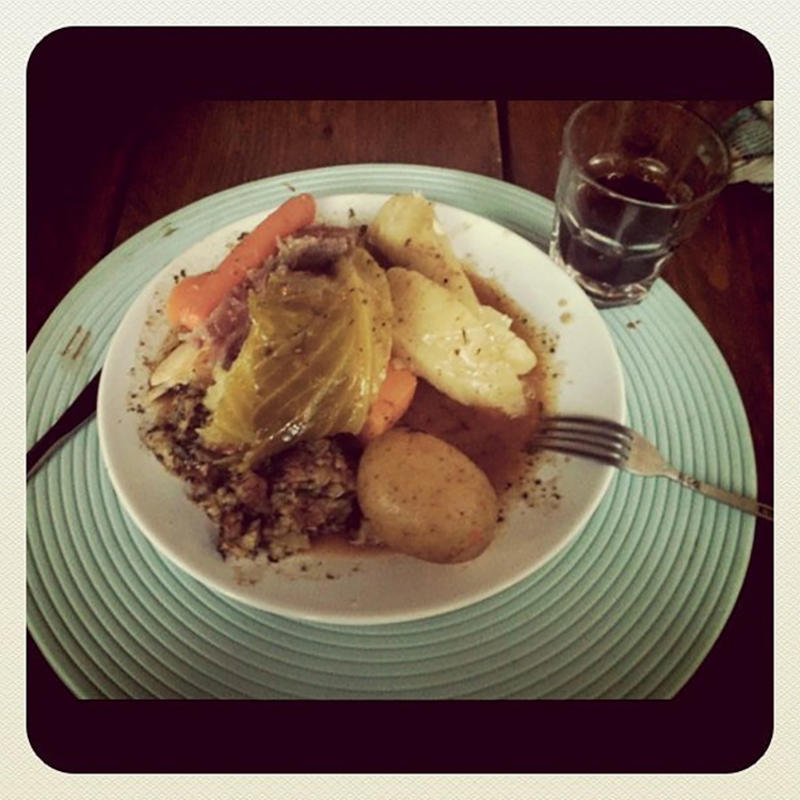 Many Newfoundlanders celebrate Sundays with a traditional Jiggs dinner. Imagine a plate filled with hearty comfort food like salted beef that’s been boiled alongside potatoes, cabbage, turnips, carrots, potatoes, and a type of raisin pudding (also boiled) called figgy duff. It takes its name from a popular comic strip that began in 1913 as a favorite meal of Jiggs, one of the two main characters. Give it a try at a place like Bridie Molloy’s in St. John’s.

10 Things to Know Before You Go to Whistler

12 Best Places to Visit in Canada

The Best Scenic Drives in Canada