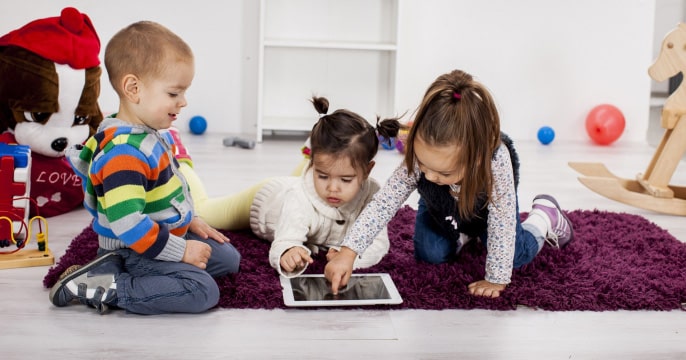 For smart parents who would like to raise their kids with a good head above their shoulders, take a look at the top ten things that you should never buy for your children:

1. A television set for the bedroom

Unlike kids from previous generations who had to actually play outside because there were no electronic gizmos yet to hold their attention at home, there are way too many tech-related distractions these days. From computers to tablet computers, mobile phones to gaming consoles, it all seems a bit too much.

Most parents agree that a television set with cable access is the one thing that they should not buy for their kids. Not only will it serve as another excuse for them to stay indoors all day, but it prevents them from socializing and interacting with other kids. Even more dangerous is the fact that you won’t be able to monitor what your child is watching, so it’s better not to have a TV in the kid’s bedroom at all.

With streaming services like Netflix, buying physical DVDs of your kid’s favorite movies seems to be an unnecessary purchase. If you have two daughters who are addicted to the film Frozen, you might have seen the movie hundreds of times. Although one or two DVDs of their favorite films should be okay, any more than that is simply wasteful. And you don’t want your child to watch the same movie dozens of times, anyway, so stick to a mix of titles with more variety. The bonus is that you will save money in the process, too.

If you are bringing and picking up your kids from school on a daily basis, anyway, why would you need to give them a smartphone? If you’re worried about the safety of your child, you might want to give him or her a basic phone to use temporarily during one or two-day outings, or in summer camp. But a smartphone which will simply be used for texting, social networking and calling might be luxury expense instead of a necessity.

On the other hand, there are instances when kids might be responsible enough to have their own phones. If you have a tween or a teen who won’t stop bugging you to buy a smartphone, all that whining means that he or she is seeing the ownership of a phone as a right rather than a privilege. If this is the case, be firm in saying no. For kids who do well in class and who parents think are responsible enough, a smartphone could be a good reward.

You’ve probably heard of parents spending thousands of dollars for the birthday party of their one-year-old kid. There’s absolutely nothing wrong in celebrating the birthday of your child, but anything that’s too over-the-top should be avoided. This is especially true if you’re throwing lavish birthday parties year after year. Your kid might think that such flashy celebrations are a regular part of the lives of ordinary folks, when it actually is a luxury.

If your son or daughter is about to celebrate a birthday, a simple celebration with family and close friends will do.

Again, remember that these days, kids are born thinking that having a computer with Internet access, tablets and every other gadget imaginable is their birth right. This is not true at all. If you don’t want to raise a kid whose face is glued to a screen 24/7, you should actually limit their electronics use. Of course, you need to have a laptop or desktop computer handy for doing research for school or playing the occasional games. But it should be placed in an open part of the house where you can monitor the usage.

Another disadvantage of buying these electronic gadgets for your kids is that they are expensive and do not really encourage creative thinking.

Wii, Xbox and other gaming consoles seem to be a must-have for kids these days – but parents should not necessarily buy it for them. These gaming consoles can be very expensive and unless you’re a gamer yourself, you would find that these games take up too much of your kids’ time and attention. They can be very addictive, so try not to buy this for your kids if possible.

If your kid is a gamer at heart, have him or her work on age-appropriate chores or think of ways to earn money so that the latest gaming console can be bought. This teaches your kid the value of working hard for what he or she wants.

What if you’re born with a daughter who is into fashion? She might want to keep up with everything that’s trendy, especially when her friends in school are wearing the same thing. Although there’s nothing wrong in buying new clothes for your kids, anything that’s too frivolous will not do them any favors. If you know that your kid is asking you to buy something trendy just so that he or she could be ‘in’ at school, learn how to say no – and do it firmly.

Is there any question about this? As a parent, you should realize that there’s already enough easy access to sex, foul language and violence these days for your kids. Sometimes, no matter how closely you monitor their every movement, they can still encounter such things at school or outside. You wouldn’t want to add to that by buying them violent video games.

Grand Auto Theft, for instance, is called a ‘training manual for gangsters’ by a clerk at a video store – and you wouldn’t want your kid playing this game at all. If you must buy video games for your kid, look for the family-friendly ones, or titles which help them develop their strategic thinking skills.

9. Toys which are a choking hazard for small kids

Every year, there’s a hot toy in the market which gets released just in time for the holiday rush. When you’re a parent, you should be careful not to buy ones which are a choking hazard for small kids. Lil’ Cutesies, for instance, are marketed as being suitable for kids aged 2 years old and up. However, the dolls have a tiny ribbon on the head which, when accidentally torn from the toy, will be a choking hazard. Other toys which can be harmful for the kids playing them as well as their playmates should not be bought either.

10. Toys which are unsafe for children

Finally, never buy toys which are unsafe for children. Before purchasing toys, check out what the recommended age is on the package. Make sure that there are no small parts which can serve as a choking hazard. Plastic swords or guns are also big no-nos. Check out the online reviews so that you can see what other parents have to say about a specific model. If there’s a danger when your child plays with such toys, just don’t buy it.